Home > News > Why Doesn't My Proton Iriz Come With Goodyears?! Here's 2 Reasons why!

Why Doesn't My Proton Iriz Come With Goodyears?! Here's 2 Reasons why!

Given the strong demand for the Iriz, the refreshed hatchback has very quickly found its way to new homes. However, owners have reported that the Iriz comes equipped with different tyre brands from the factory, either Silverstone Kruizer NS800 or Goodyear Assurance. 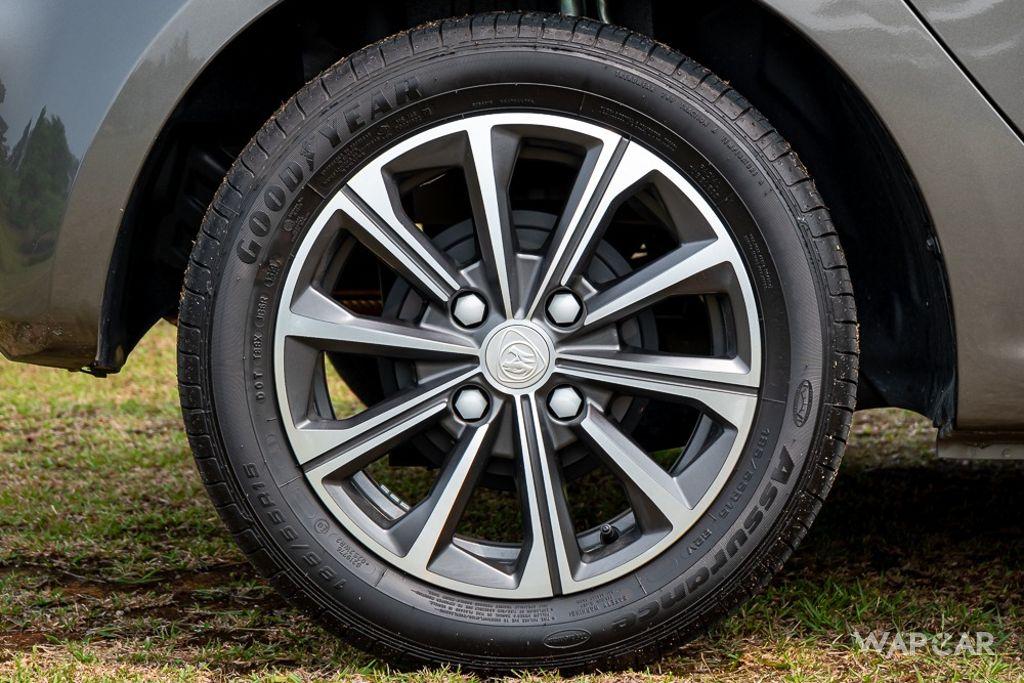 Some were unhappy that their neighbour had Goodyears fitted on their Iriz while they rolled off the showroom floors on Silverstone. But the general consensus is being perplexed at the same model and variant is fitted with different tyres from the factory and buyers do not have the option to pick their preferred tyre brand.

Speaking to Proton personnel’s, we have come to learn that this decision was made in view of the limited supplies from Silverstone which resorted Proton in having to source from another supplier.

However, Proton engineers have assured that the NS800 and Assurance were tested and proven to meet all the performance benchmark set for the Iriz. In other words, whether it is rolling on Silverstones or Goodyears, the Iriz would deliver equal levels of handling, comfort and NVH.

Comparing the two tyres side by side, both tyres have the same “H” load rating as well as “A” rating for Traction and Temperature. While the Kruizer NS800 has a lower tyre speed rating of H (up to 210 km/h) vs. the Assurance’s V rating (up to 240 km/h), the Silverstones do have a slightly higher Treadwear rating of 320 against the Goodyears.

The Silverstone Kruizer NS800 and Goodyear Assurance are not identical on all technical aspects, but consumers can be assured that overall, both tyres have met Proton’s development team’s requirements which are compatible with the Iriz.

If you’re still not convinced on these budget-oriented tyres, there are plenty of ultra-high-performance tyres as a replacement.