Home > News > Why the Perodua Myvi continues to struggle in export markets?

Why the Perodua Myvi continues to struggle in export markets? 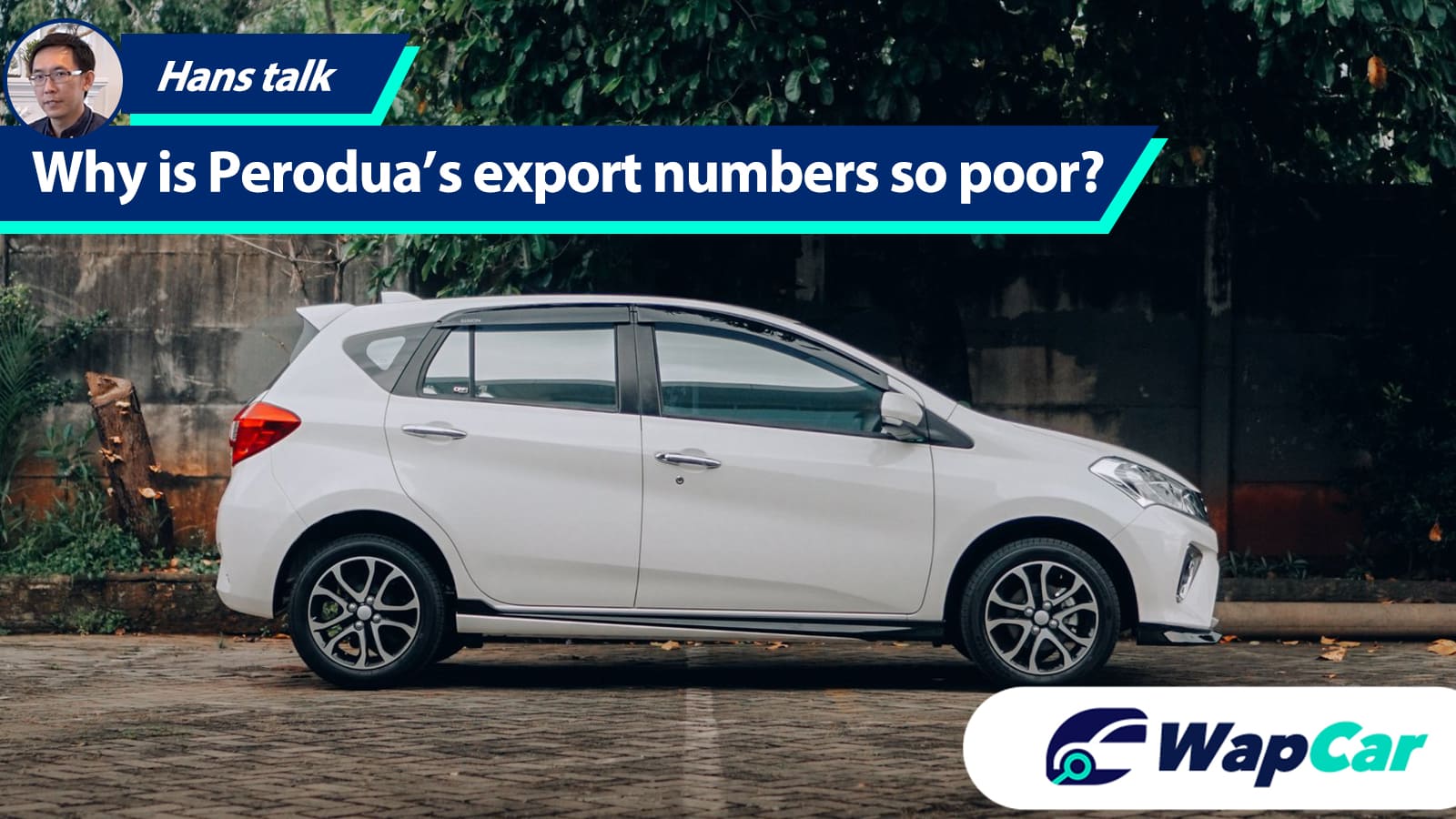 Before you brush this off as yet another criticism against our own domestic products, let us make it clear that the Perodua Myvi is probably the best point A to point B car on sale right now.

As a daily car, the Perodua Myvi is close to perfection. It does its job so well that it’s quite hard to justify paying more for a Honda Jazz – does the Jazz have a built-in Smart Tag, or AEB? Guessed so. The Honda Jazz’s Ultra Seats is nice to have but how often do you even fold the rear seats?

So what’s the problem then? Well, as good as the Perodua Myvi is in Malaysia, it’s a commercial flop the moment it leaves Malaysian border and that’s a big problem.

Between Proton and Perodua, the latter has been more successful in exporting its products. Last year, Proton exported just slightly over 1,100 cars while Perodua managed to ship 2,825 cars out of the country. 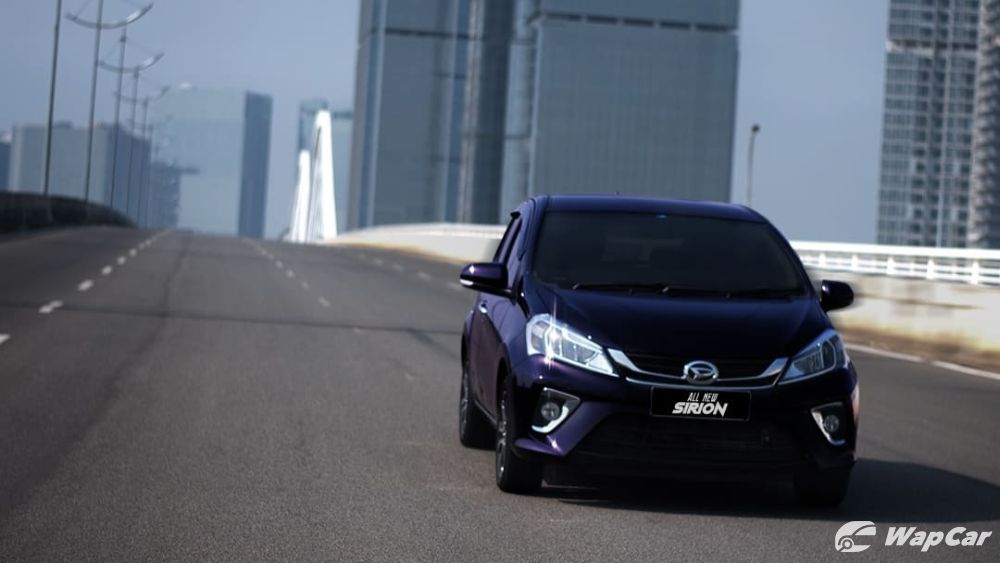 Indonesia is Perodua’s biggest export market, buying nearly 65 percent of Perodua’s exports, all of it the Perodua Myvi, which is sold there as the Daihatsu Sirion, available only with a 1.3-litre engine. The 1.5-litre variant is not sold there, because it can’t be priced competitively against its rivals. 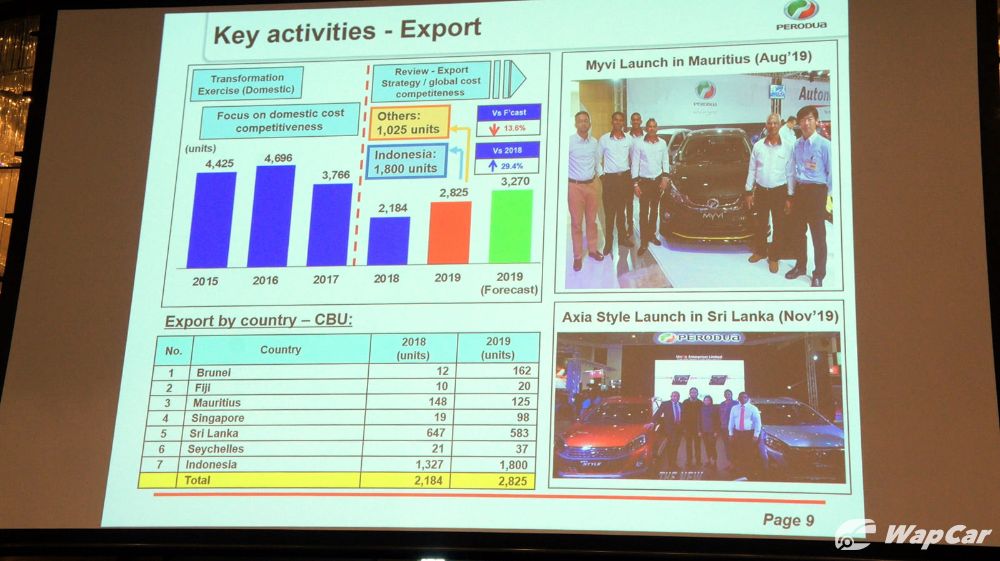 In 2019, Perodua exported about 1,800 Myvis (Sirions) to Indonesia, up from 2018’s 1,327 units so that’s a bit of a good news but it’s not an achievement that any progressive organization will want to celebrate.

Other Perodua models like the Axia and Bezza are also sold in Brunei, Sri Lanka, and several other smaller Pacific region countries.

So why isn’t the Perodua Myvi doing better in Indonesia, after all it is sold under the more respectable Daihatsu Sirion name right? 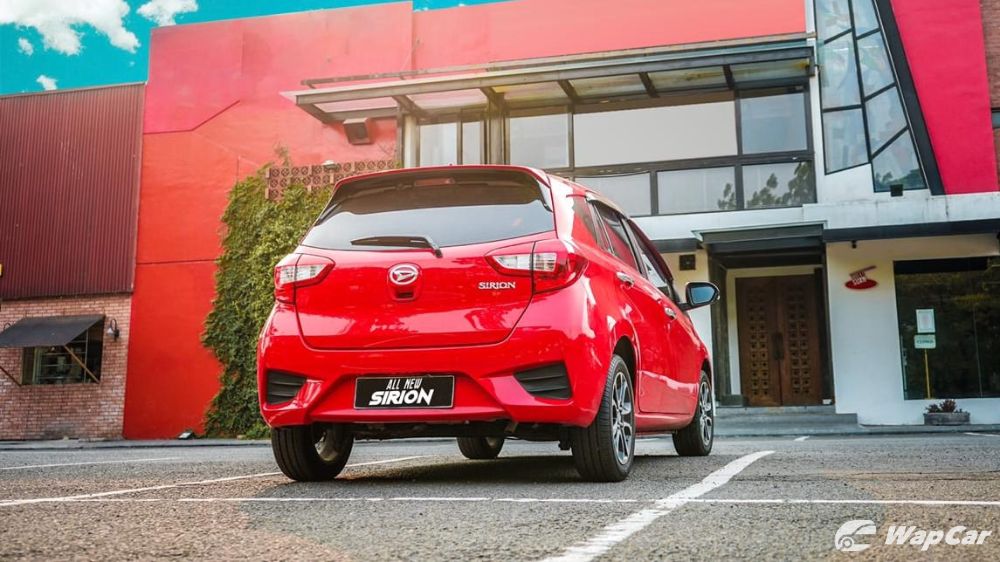 Earlier we’ve discussed why exports of the Proton X70 will soon hit a road block in Indonesia – import quota limits and whether will it have enough ASEAN region-sourced content for it to escape the 50 percent import duty.

The problems faced by the Perodua Myvi is a bit more complicated.

Imports of Perodua Myvi into Indonesia are also limited. Last year, it was capped at around 100 plus units per month.

With more than 95 percent Malaysia-made parts, the Perodua Myvi is exempted from import duties under the ASEAN Free Trade Agreement, but as an imported car, it still loses out on other tax exemptions that locally-assembled rivals enjoy – the exact same tool used by the Malaysian government, except that this time, Perodua is sitting at the wrong side of the fence.

There’s nothing about the Daihatsu Sirion that the Indonesians don’t like. It’s just that there’s not much reason to buy one. The Sirion is competing in a very price sensitive market segment, surrounded by tax-incentivised 7-seater MPVs and 1.2L local hatchback champions, which the Indonesians refer to as LCGC (Low Cost City Car), the exact type of cars Perodua was supposed to focus.

For the price of a Sirion, Indonesians can buy Daihatsu Xenia, essentially a rebadged Toyota Avanza (actually it’s the other way around, Avanza is made by Daihatsu).

They can also pay a bit more and get a Daihatsu Terios, which is a Perodua Aruz with a different name. Remember that the Sirion we are talking here is a 1.3-litre variant, while the Terios is a 1.5-litre 7-seater SUV. Even to a Malaysian, it is obvious which is a better buy right?

That’s the squeeze at the upper-end. At the lower-end, the Sirion is pushed away by the Daihatsu Sigra and Toyota Calya, a stretched 7-seater version of a Perodua Bezza/Axia. It looks horrible but costs just half the price of a new Sirion. Cheap enough to forgive it right?

Laterally, the Sirion is squeezed by the cheaper Honda Brio on one side, and the more expensive but better value Toyota Yaris and Honda Jazz at another. 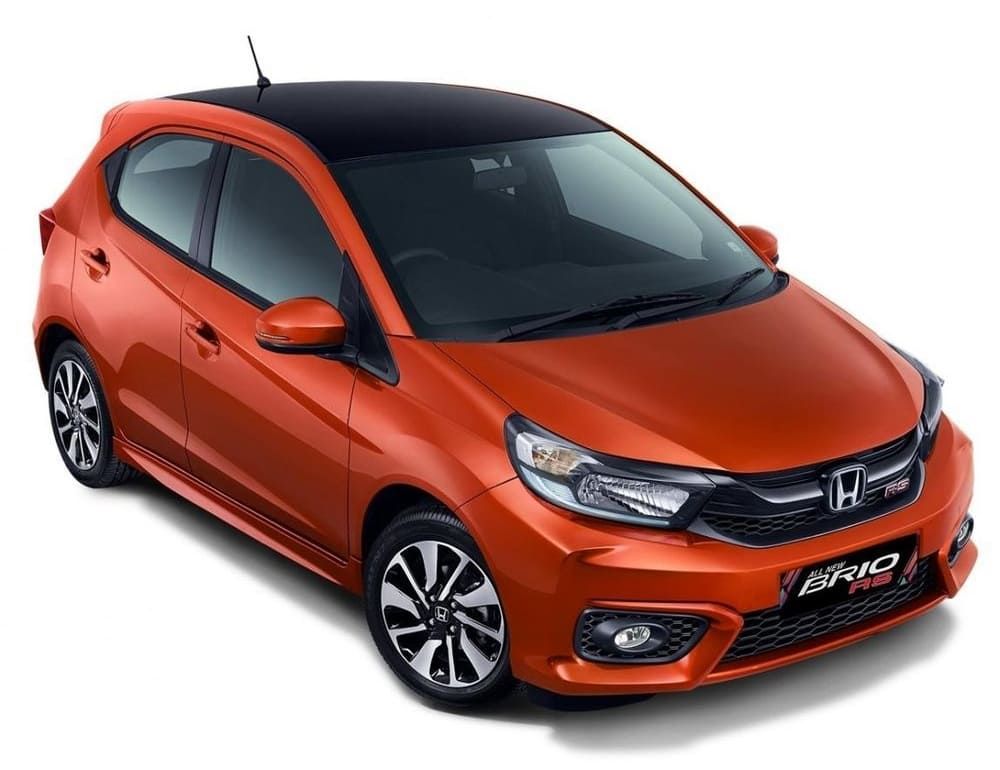 The A-segment 1.2L Honda Brio is priced about 25 percent lower than the B-segment Daihatsu Sirion but to Indonesian buyers, the Honda does pretty much everything the Sirion does and is cheaper to run. 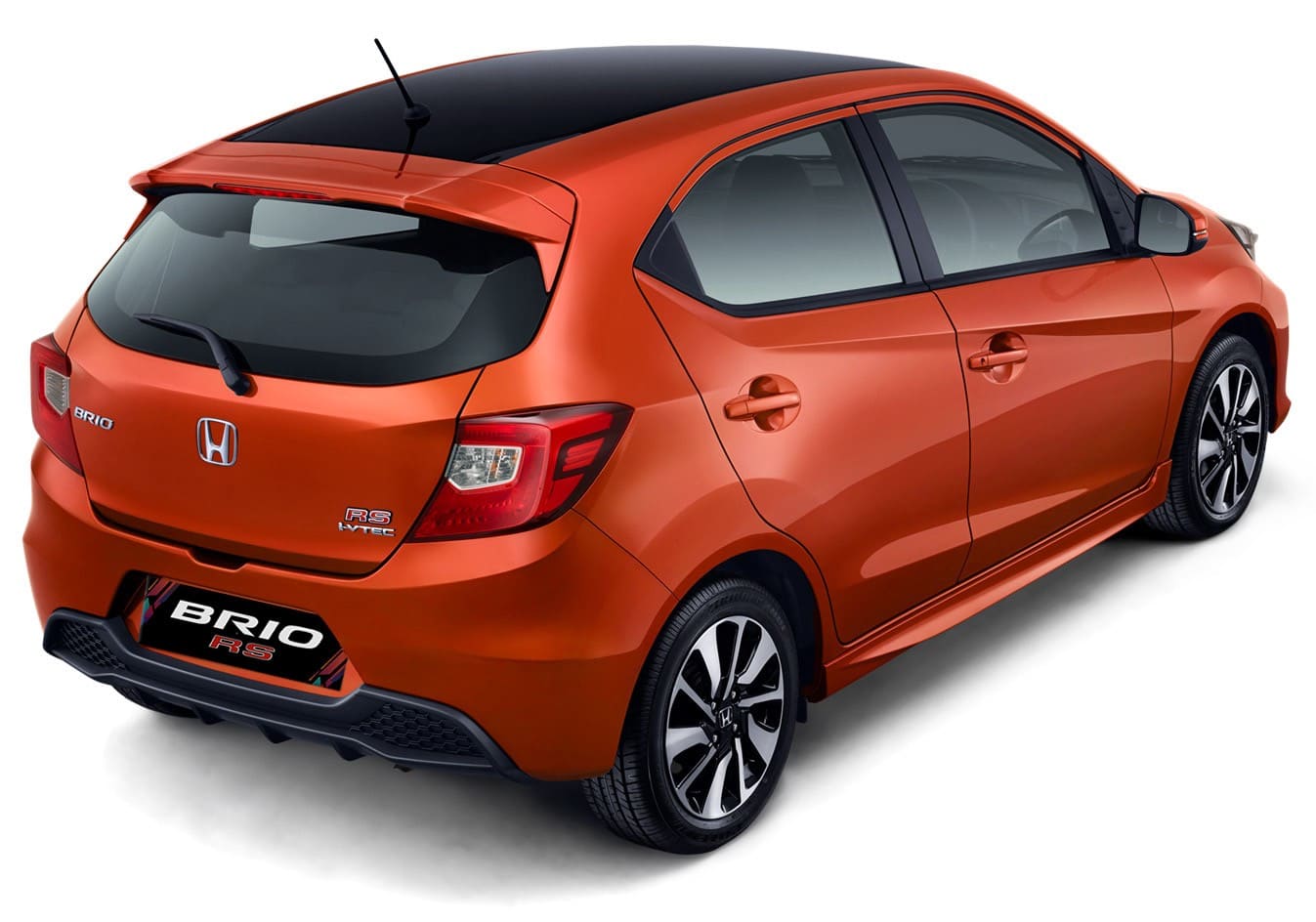 At the opposite side is the Toyota Yaris/Honda Jazz. These cost a bit more but with a larger 1.5L engine and a more premium overall package, both offer better value than the Sirion. 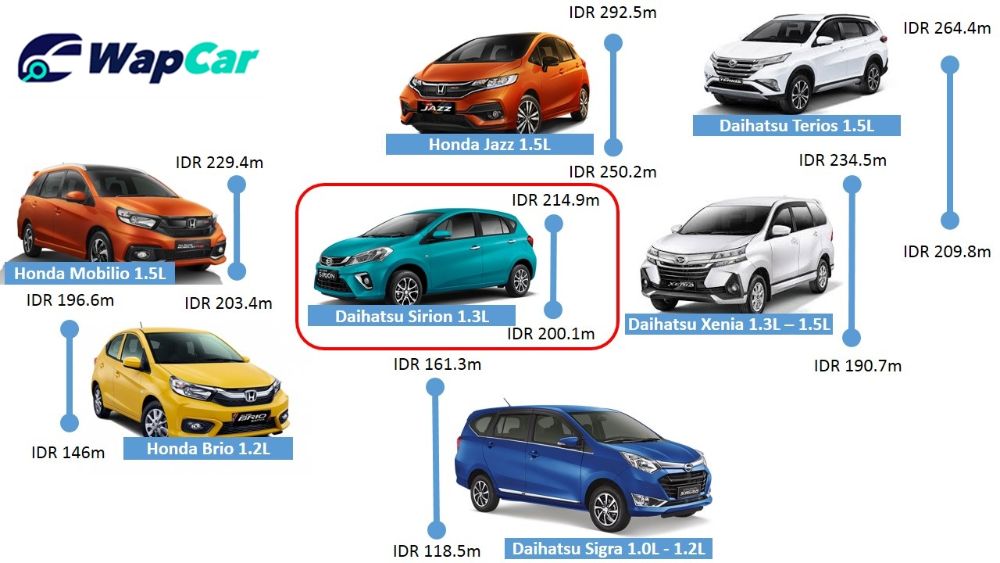 Thus the Sirion is stuck in an odd position. Indonesian buyers just don’t know what to think of it. The Sirion sits in an empty island by itself, surrounded by better value 7-seater SUV/MPV, budget A-segment 1.2L hatchback, and a big name B-segment 1.5L hatchback champions.

This is exactly how the Indonesian government protects its domestic car industry. Indonesia doesn’t have any national car but for decades, it has spoken a consistent message to Japanese investors – that Indonesia is a big, young, fast growing country that needs 7-seaters. To grow its automotive industry, it will make policies that favour 7-seaters.

Develop and build 7-seaters here and the government will make sure that there is a ready market for it – over 1 million cars a year versus Malaysia’s 600,000 - and competing models will be locked out of competition.

Since the policy doesn’t favour any local player who has an unfair advantage, Japanese manufacturers jumped in with both feet.

Toyota was the first to enter with the Kijang (Unser/Innova), followed by sister-company Daihatsu’s Xenia and Terios (Toyota Avanza and Rush). Honda, Nissan, Mitsubishi followed and all have since made Indonesia an export hub for 7-seater vehicles.

The Honda Mobilio and its SUV derivative the Honda BR-V, were both developed in Indonesia, by P.T. Honda R&D Indonesia, together with Thailand’s Honda R&D Asia Pacific Co., Ltd. So the policy is benefitting the country. 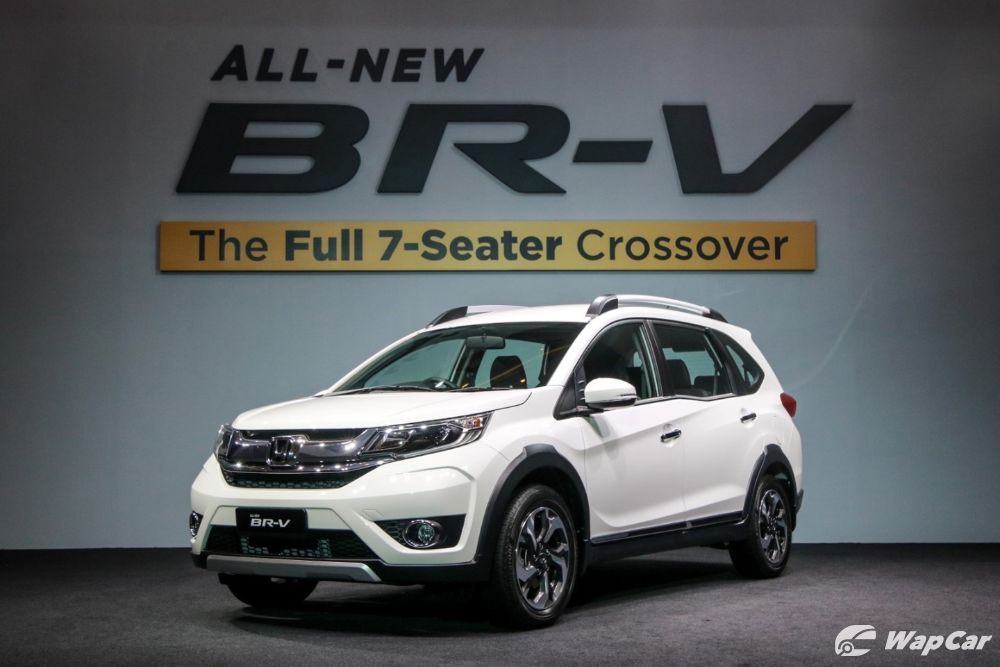 Now, they have progressed to city cars, the aforementioned LCGC. These can either be a 1.2L hatchback or a 1.2L seven-seater.

Daihatsu themselves is profiting very handsomely from this arrangement and they see little need to push the Sirion any further.

Yes, there is an import quota for the Sirion but there’s nothing to say that they can’t ask for a higher quota. So the root cause of the Perodua Myvi’s poor exports is because Daihatsu themselves see little reason to make it any more successful, and that is the saddest part for our Perodua Myvi.

Ultimately, Daihatsu dictates the fate of Perodua. It’s a logical business decision. Unless the market grows, promoting the Sirion will merely take attention away from the 7-seaters Daihatsu have invested so much to build and export from Indonesia. 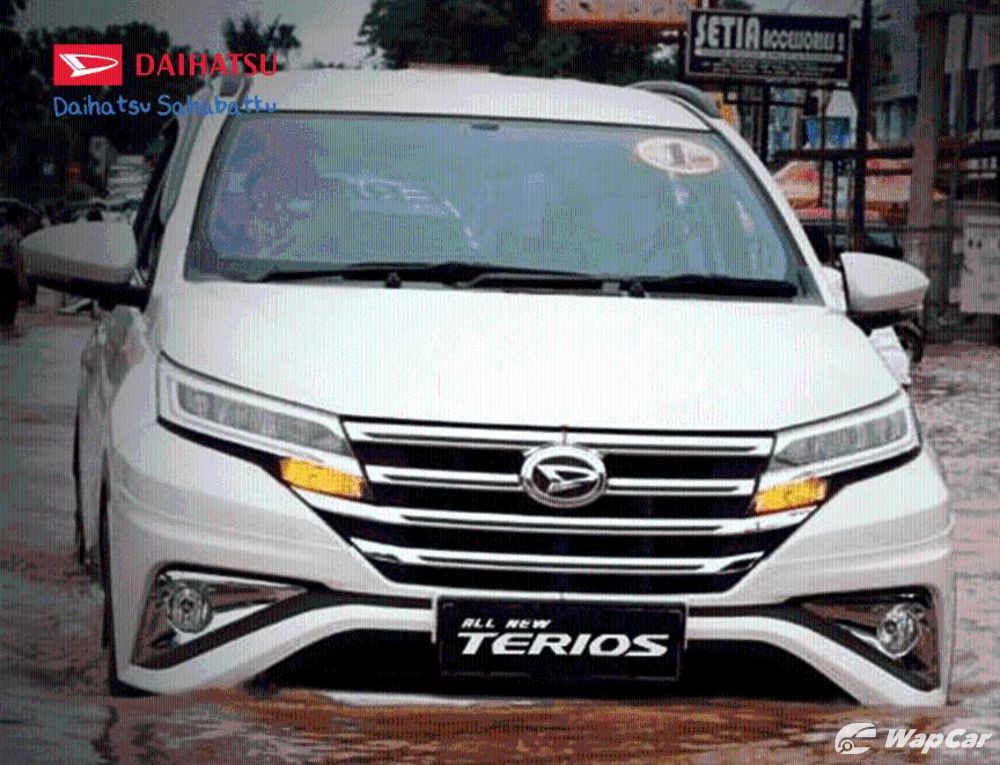 The Axia is already made there (Ayla) and the Bezza won’t work there either because Indonesia has higher taxes for sedans.

Why can’t it go beyond Indonesia then? Because Daihatsu has pulled out from nearly every car market except for Indonesia. It’s quite a tall order to re-enter a new market.

Further development is also required to meet emissions regulations of other more developed countries. Plus, Daihatsu owns the intellectual property rights to the car so the decision is not up to Perodua.

The way Daihatsu sees it, the Sirion is best left as a niche model, doing the minimum, importing just enough to keep its Malaysian outpost Perodua and the Malaysian government that’s protecting it happy.

It is for this reason that the Perodua Myvi will never be successful elsewhere. The Perodua Myvi’s potential is limited by where Perodua fits within Daihatsu’s bigger ambitions, not by its product attributes.

If Malaysia wants to remain competitive, it has to do better and rethink it's automotive policy. Whatever tax-based incentives we use protect Proton and Perodua, are now being used against us once we progress beyond Malaysia, which both Proton and Perodua need to. 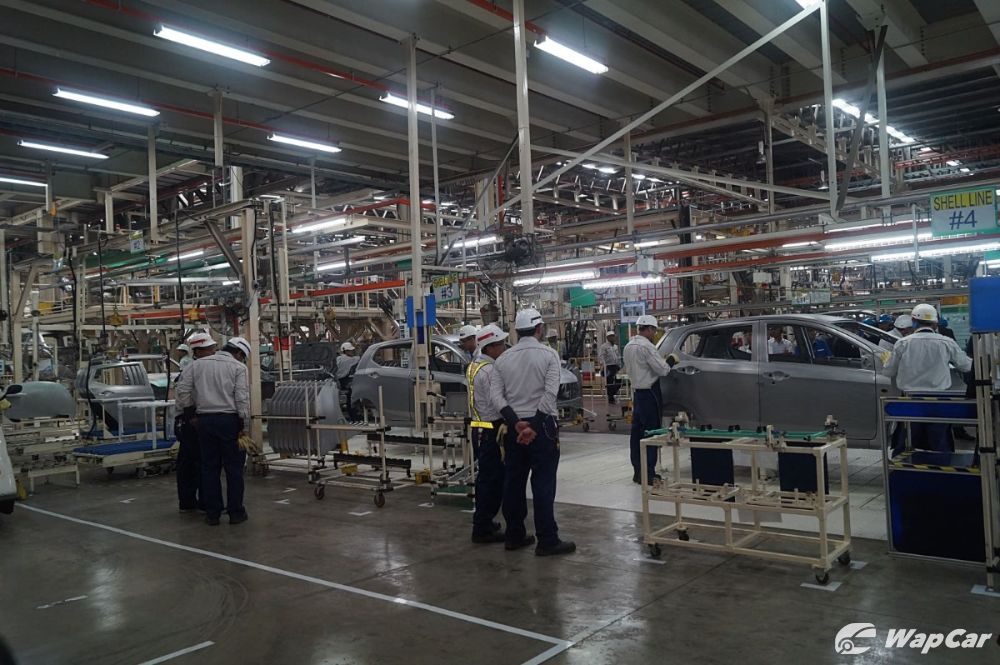 On paper, Malaysia no longer provides preferrential treatment to Proton and Perodua but the devil is in the details. The nature of how tax breaks are given based on value of local development work and parts purchased mean that the status quo will remain unchanged. Which manufacturer in their right mind will do R&D work in a market worth 600,000 cars year, half of it controlled by semi-national makes?