HomeNewsWorth trading in your X50? Guide to the all-new 2021 Honda HR-V, mulled for Malaysia 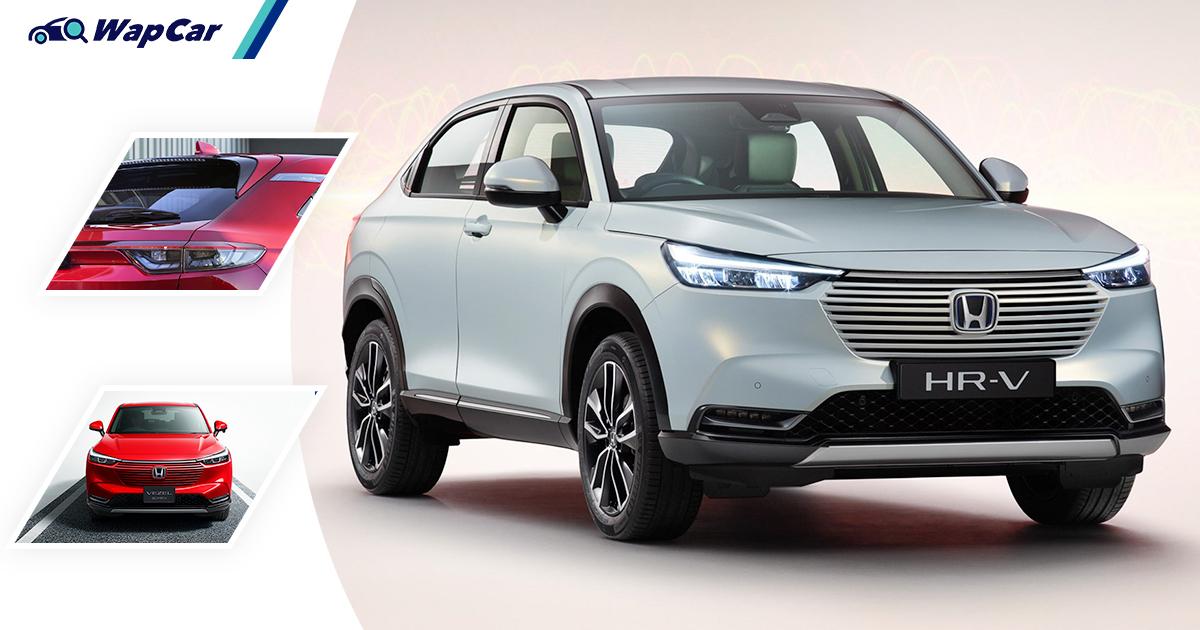 Familiar name, but a completely different look: back in February 2021, Honda debuted the all-new 2021 Honda HR-V in Japan. 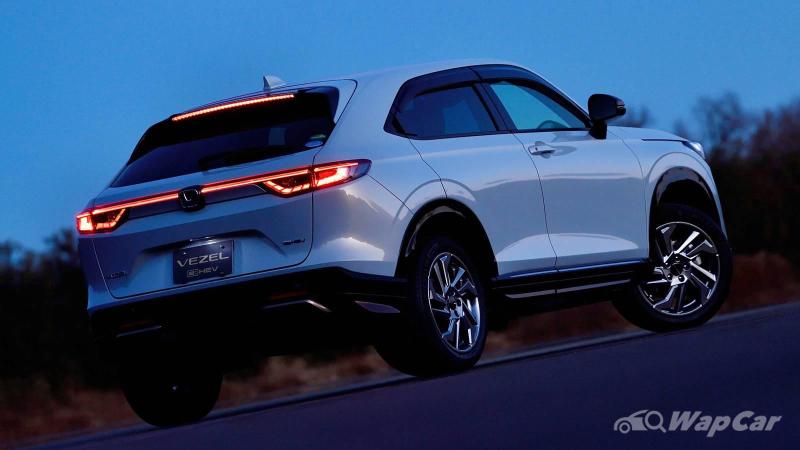 Lots have been said about the new SUV, so let's quickly go over some facts and figures. 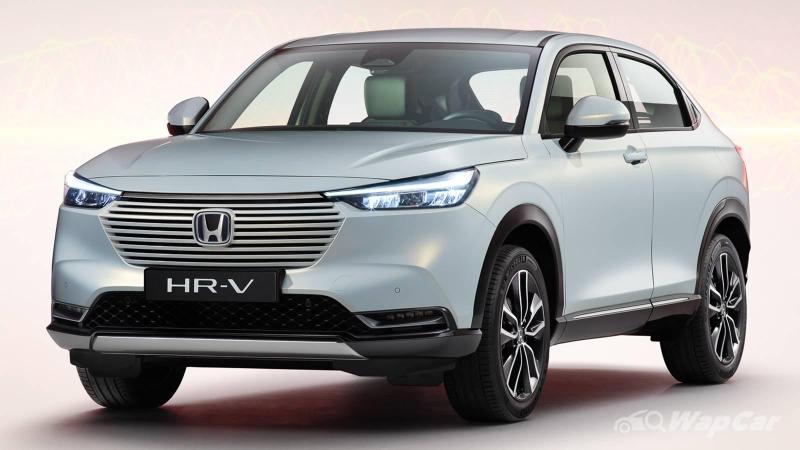 The model marked the carmaker's first global debut of 2021, two months before they unveiled the equally-new 2022 Honda Civic FE. 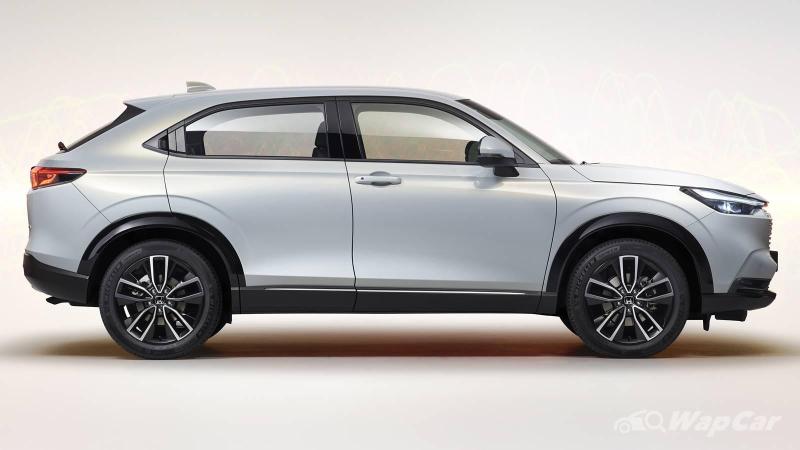 A full model change (industry parlance for a generational shift), the third-generation HR-V comes with a cleaner look, new powertrains, and bundles along fresh features as well. 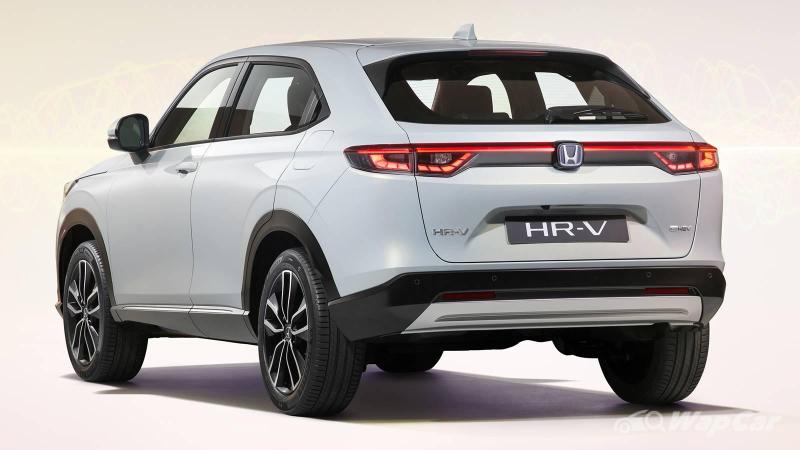 Japan has started selling the Vezel (as it's known there) in April, while European countries will follow suit later this year.

Is it really bigger than the old HR-V?

This might surprise you, but numbers don't lie: it's only a sliver stubbier and shorter than its predecessor:

Even so, adapt packaging sees the latest RV-series HR-V having more space than the outgoing generation. Curious, right?

Wait, the interior is more spacious? 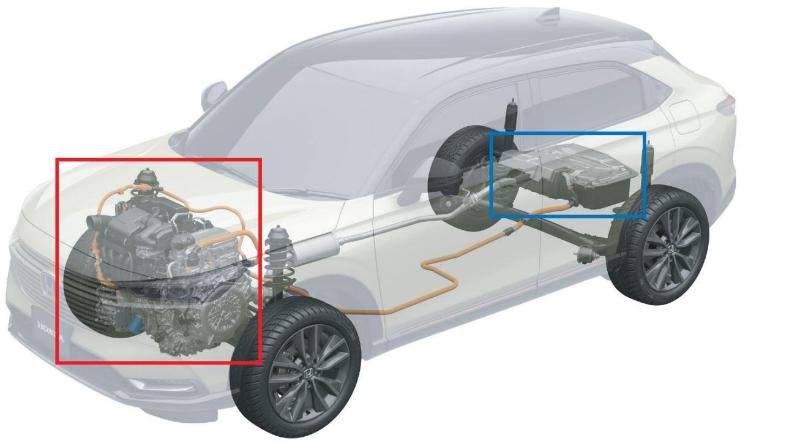 Yes it is, thanks to clever engineering. The hybrid powertrain and drivetrain components are now located within the chassis and engine bay (we'll get to the specs in a bit), and the fuel tank is now beneath the front seats.

These result in extra interior space, allowing the rear seats to be moved 30 mm further back, with recline increased by 2 degrees.

Which is certainly a welcome increment; given that the HR-V we still have here has class-leading leg and shoulder room.

How many litres of boot space? 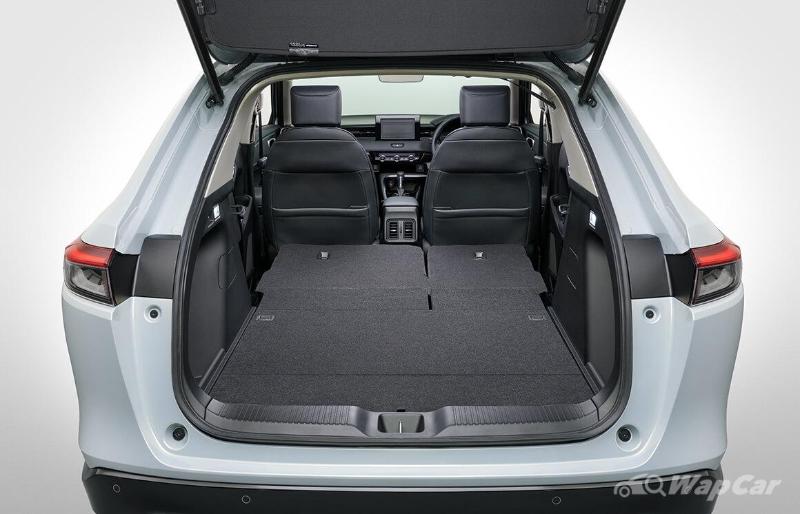 About this - while Honda has said plenty about the new HR-V's cargo-carrying capabilities, they've stopped short of mentioning anything about just how many litres of bootspace it has.

Questions of litres aside, the new HR-V keeps the much-loved ultra-modular, ultra-aptly named ULTRA seats for different types of cargo.

Which means that if one wants to fit two bicycles in, just kick open the handsfree powered tailgate, fold the rear seats out of the way and slot them in - no awkward tyre dismantling required.

But bicycles aren't the only thing that fits with the second-row seats stowed away - if you so choose, Honda says, a 190cm-tall-adult can lie comfortably in the boot as well. Interesting.

I heard it has a special feature. What is it? 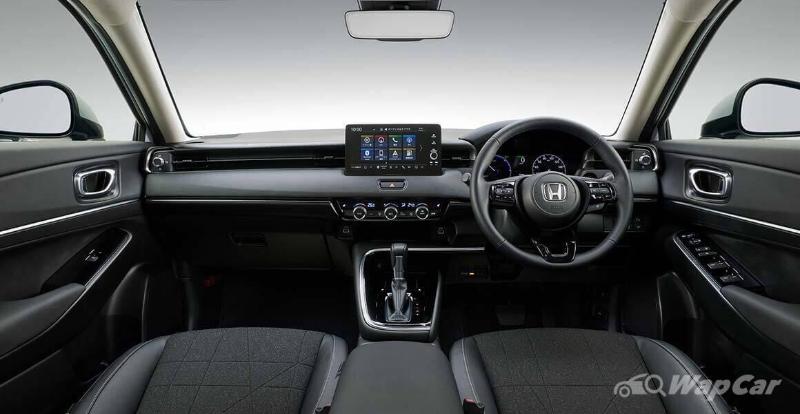 A headlining feature of the new HR-V is its trick air-conditioning system. 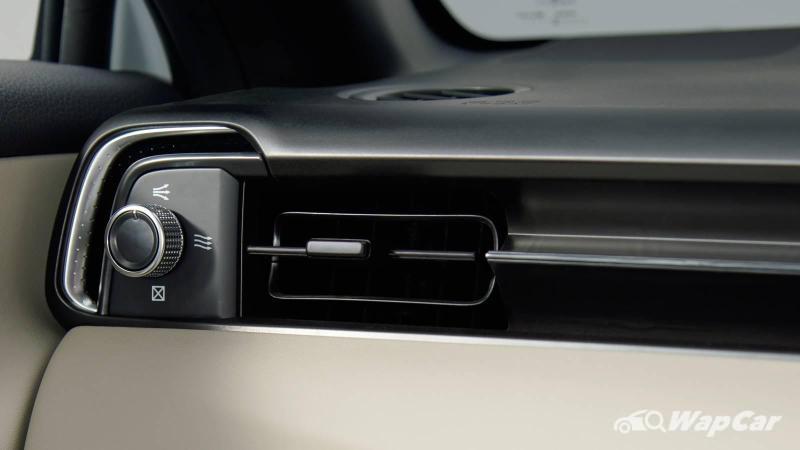 Essentialy, the L-shaped vents bookending the central dashboard strip can work as your regular air-cond (forward-directed air flow), or as the Air Diffusion System, which creates a gentle air vortex that feels like a natural breeze. It does this by directing air along the side windows and roof.

Which also means that the heat transmitted through the side windows in summer (or winter's cold air) is blocked by an air curtain that forms around the passengers - resulting in a constant temperature in any weather.

What about other features? 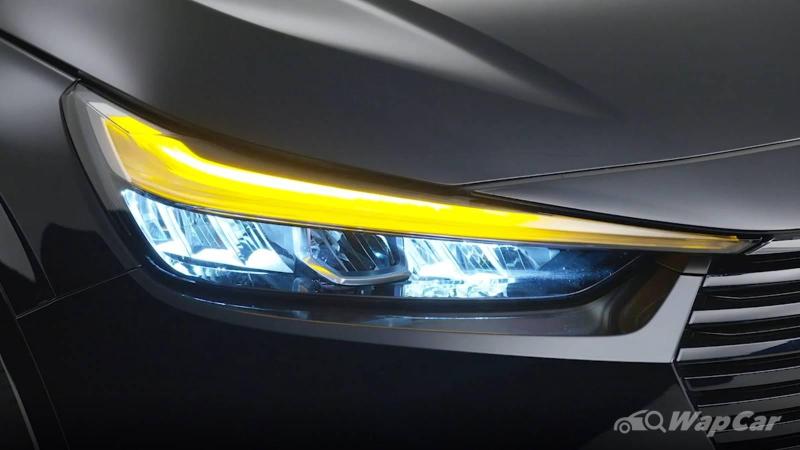 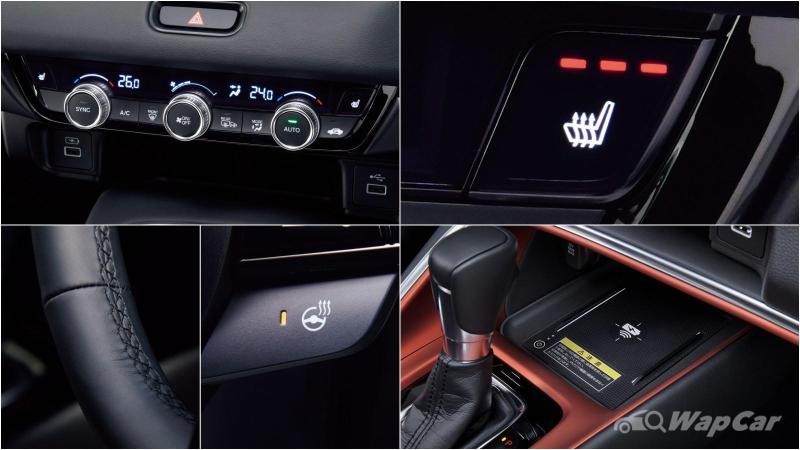 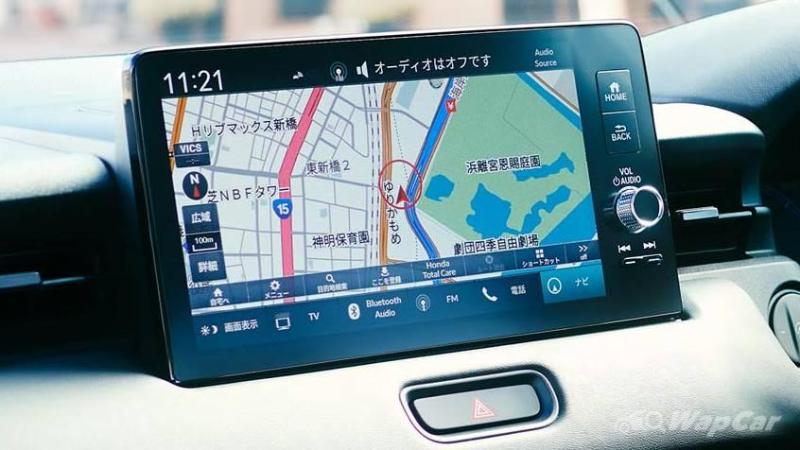 Other cool stuff include Android Auto and Apple CarPlay support, the Honda Connect vehicle telematics system, as well as the Honda Digital Key - which allows one to control door locks, air-conditioning, and start the engine via smartphone. 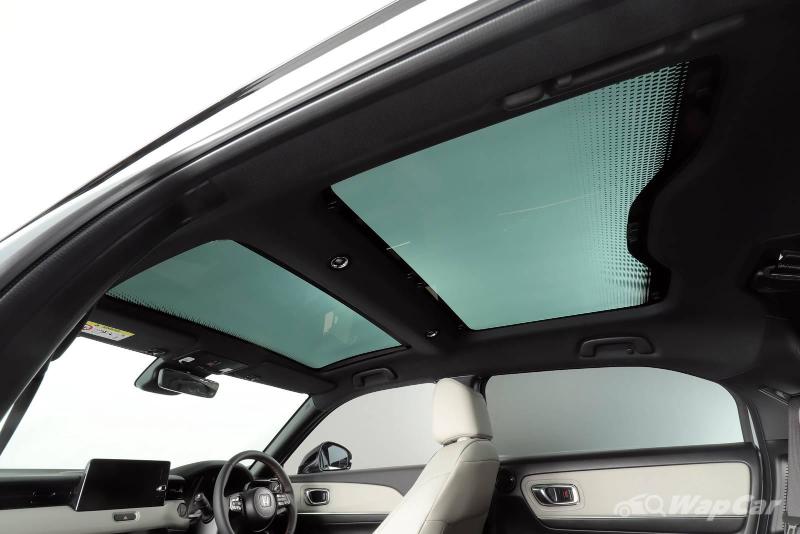 Of course, these are variant dependant; much like the 7-inch fully-digital instrument cluster (which looks very much like our Honda City RS') and Pioneer 10-speaker surround sound setup.

Does it come with Honda Sensing?

Yes, every variant gets the Honda Sensing ADAS suite, working through a sonar + camera system. Here's the main functions: 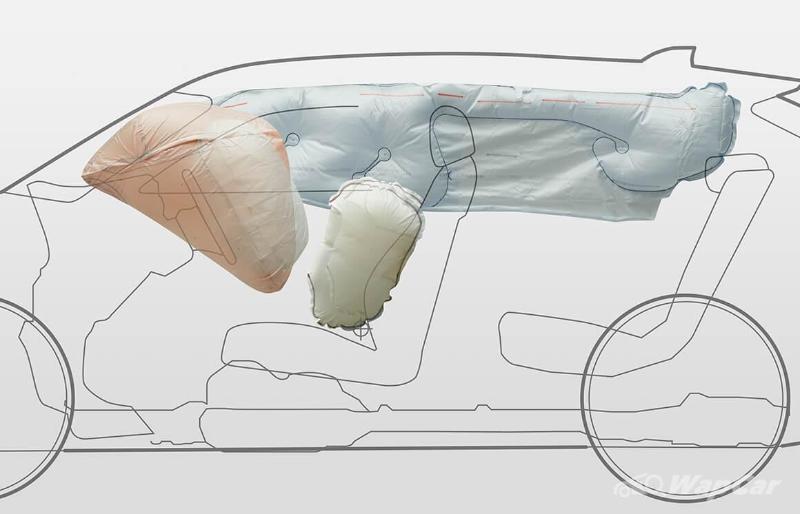 In terms of passive safety, there's the requisite front, side, and curtain airbags, as well as ISOFIX tethers.

Honda provides two powertrain options for the all-new HR-V. Only one variant is purely petrol-powered, with the remaining three being hybrids, utilising the similar dual-motor i-MMD setup as our City RS:

Take note that power figures for the engine and motor cannot be summed simply because they peak at different rotational speeds.

Are there any modifications for it? 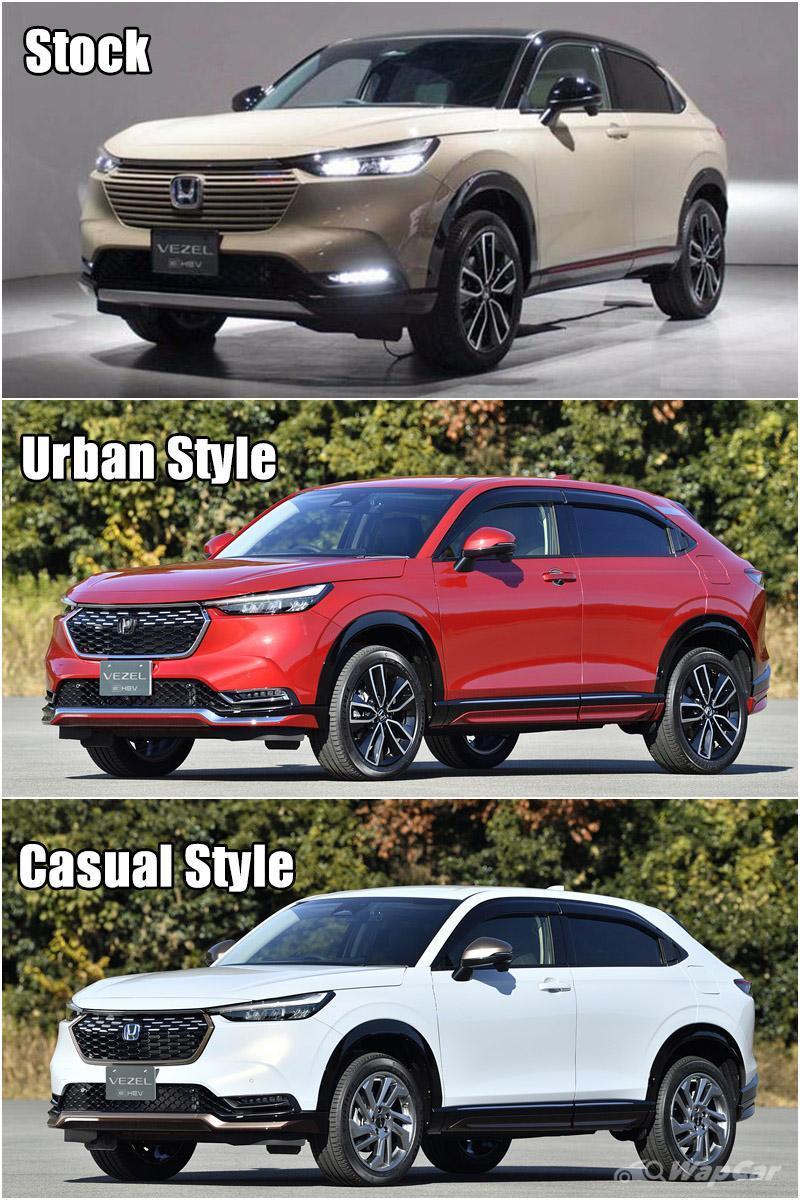 Honda themselves will happily sell you modification packages for their SUV.

Also read: Not bold enough? Check out these accessories for the all-new 2021 Honda HR-V! 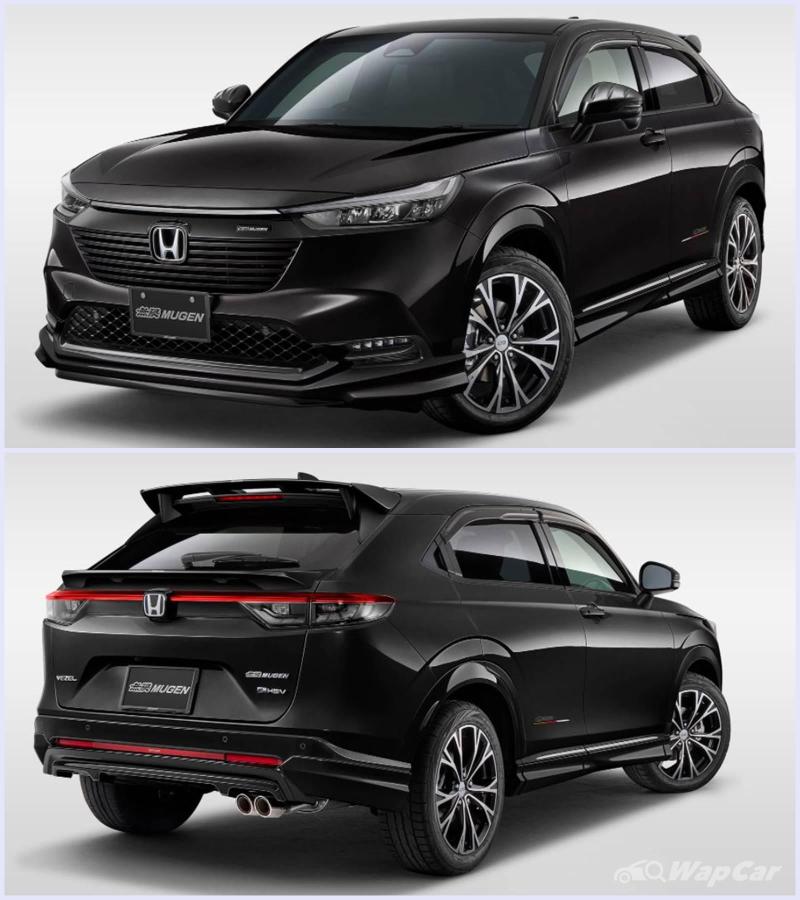 But if those are a bit too tame, then Mugen has an alternative - complete with a two-tier wing and a sports exhaust system.

So much new stuff, is it more expensive? 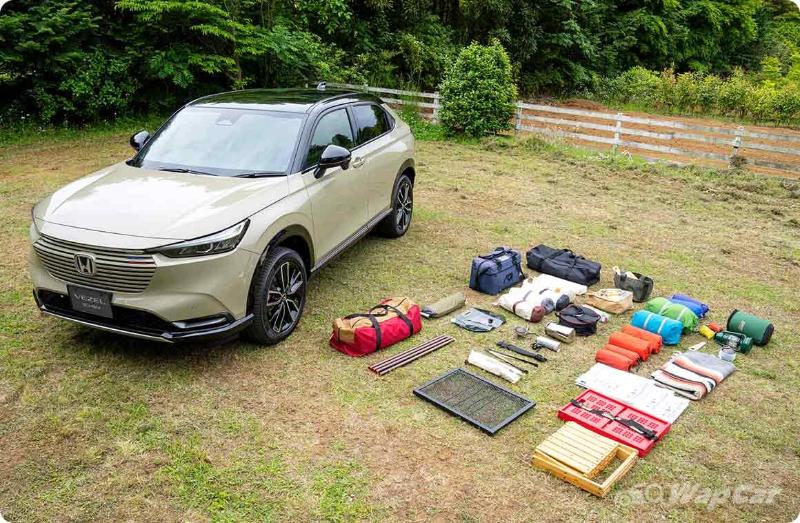 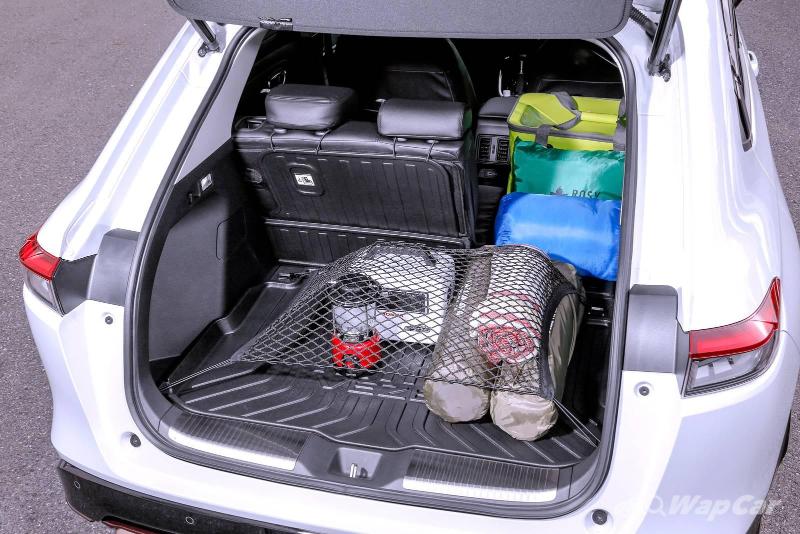 Most importantly - is it coming to Malaysia? 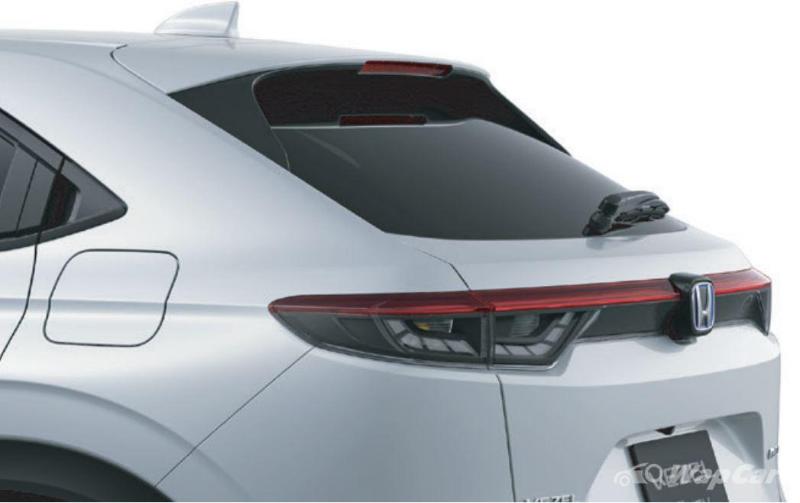 This is a bit of a tough cookie. It really could go either way.

Scenario one: Honda Malaysia introduces it with a significantly higher price. You've read the above, and it's easy to see why - the car is already priced higher, and tacking on excise duty, the quantum of price increase will be further amplified. 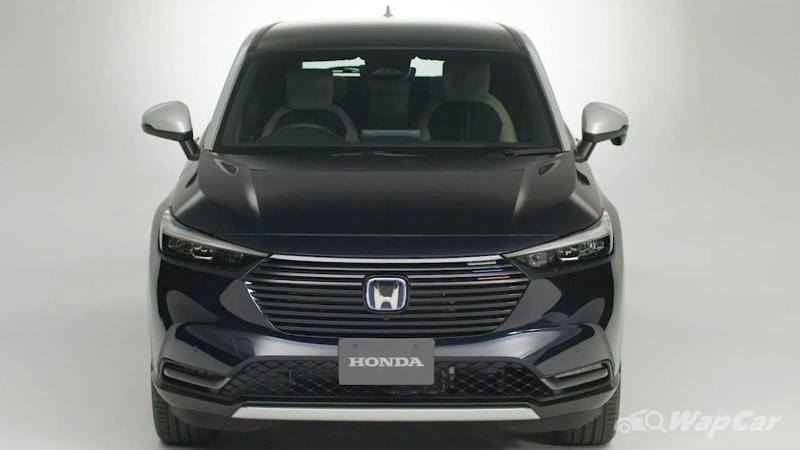 For context, the current HR-V in Malaysia is priced from RM 104k to RM 119k. Meanwhile the Honda CR-V starts at RM 140k, meaning the HR-V has a very small gap to fit in. 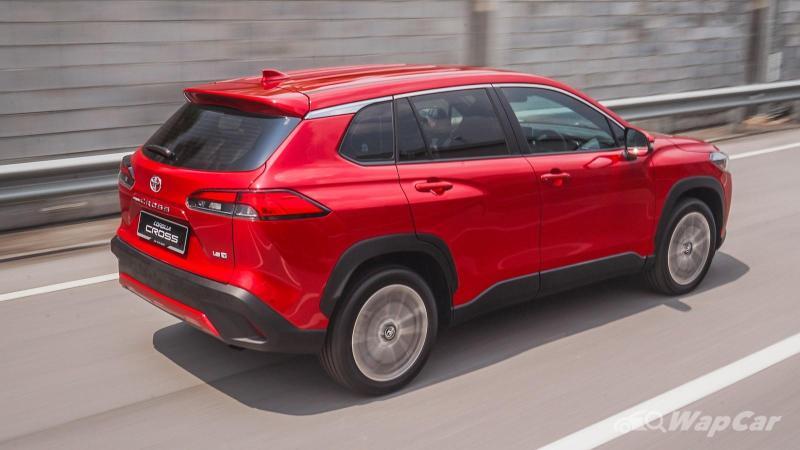 And don't forget, the HR-V will see tough competition in the briskly-selling Toyota Corolla Cross as well, which ranges from RM 124k to RM 134k.

Which gives rise to scenario two: it'll be replaced by the next-generation Honda WR-V. Now this is a model that's aimed at developing markets, which could make it more competitive (at least price-wise) if the HR-V is unable to reach Malaysia.

Also read: The all-new 2021 Honda HR-V is pretty, but might skip Malaysia

All you need to know is here...for now! 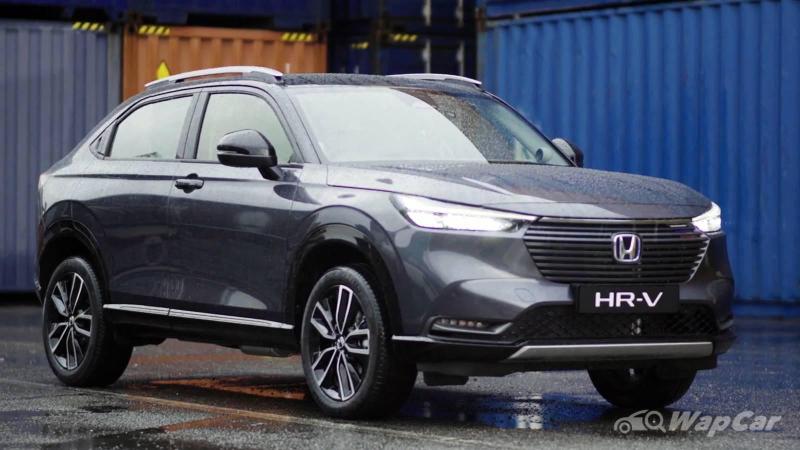 Prior to more news, this is your most up-to-date guide to the all-new 2021 Honda HR-V.

If sedans are more your style, then check out our equally in-depth FAQ to the upcoming all-new 2022 Honda Civic linked below.