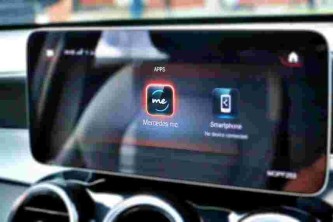 Mercedes-Benz Malaysia gets connected with Mercedes me services 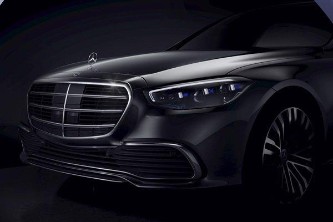 With its launch slated for September, Mercedes-Benz will be releasing more videos surrounding its all-new 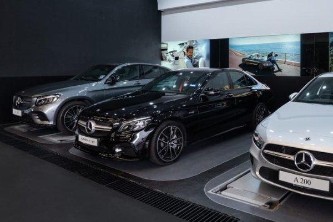 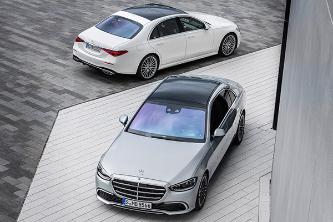 Launching in Malaysia in 2021, the W223 Mercedes-Benz S-Class is peak luxury

Well, since the oil-burner isn’t that popular here, we will miss out on this 2021 Mercedes-Benz

Top Rank: From Rolls-Royce to Hongqi, the 8 most luxurious cars in the world

Mercedes-Benz GLC Coupe facelift – so what has changed?

Mercedes-Benz C-Class and E-Class Coupe to be discontinued

The writings on the wall for Mercedes-Benz’s slow-selling models, as the company aims to axe at

No moratorium for Mercedes-Benz Malaysia's customers, but customers are OK with it

battery that delivers 105 kilowatts of power with 195 pound-feet of torque.More on: Autonews Mercedes-Maybach

The 2020 Mercedes-Benz GLB has been caught undisguised in Indonesia, hinting that the model will be launched

luxury vehicles.The G80 is a front-engine rear-wheel drive executive sedan that goes up against Mercedes-Benz

Based on photographs of a camouflaged 2021 Mercedes-Benz C-Class W206,we decided to have a go at peeling

The original Baby Benz – The history of the Mercedes-Benz W201

When the Mercedes-Benz W201 made its debut in December 1982, its looks were far from unique.

The Mercedes-Maybach S-Class is the perfect combination of high-tech features, exclusivity, luxury and

Mercedes-Benz: A-Class for poor(er) people won't make us money, it is time for electric Maybachs!

What a time to be alive if you like your Mercedes-Benz affordable, compact, and ‘youthful’

Alongside the introduction of the all-new W223 Mercedes-Benz S-Class, the Stuttgart-based also gave its

This is your first look of the Mercedes EQS! Slated for debut in early 2021 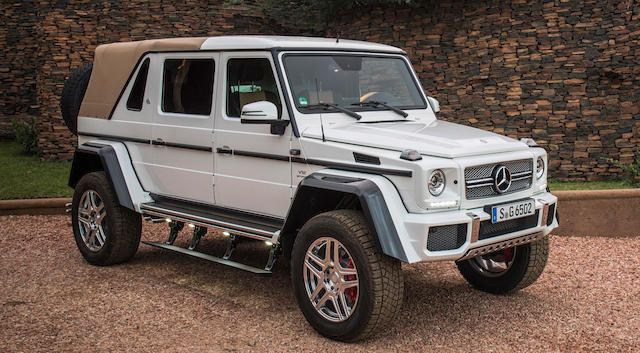 One of only 99 built, Offered from the Mercedes-Benz Factory,2017 Mercedes-Maybach G650 Landaulet

One of only 99 built, Offered from the Mercedes-Benz Factory,2017 Mercedes-Maybach G650 Landaulet

JamesChoice | The Car : As of today Mercedes-Benz Maybach G650 Landaulet is the most luxurious version of the legendary G-Wagen Benz. By getting this car, one would join a golden 99, which is the amount of these cars in the world. https://t.co/Axui1EVWAr

Arewa Twitter can't oppress me, I've got a Bugatti Veyron, Lamborghini Aventador, Mercedes Benz Maybach S650, Gulfstream G650 and an 80ft yacht from Azimuth (to be delivered after the lockdown) I don't like to boast. All in my dream. https://t.co/HeWuu2gQGT

Did you know that Mercedes-Benz produced a 2018 Mercedes Benz G650 Maybach Landaulet ? 💭 https://t.co/gva1PhusCn

I don't know if it's real, but you can have my real money - Mercedes-Benz G650 Maybach Landaulet https://t.co/7Ni9kG9bzT

What are some interesting facts about Mercedes?

Mercedes-Benz & Mercedes-AMG, is owned by ,Daimler AG - Wikipedia, , who is known to have ownership titles for many other automotive industries too. The famous car brand ,Maybach - Wikipedia, was terminated in the year 2012, but reinvigorated in 2015 as ,Mercedes-Maybach, versions. Earlier Maybach had one of its model named as “The Maybach Laundalet”, which was considered to be as one of the most expensive sedans in the world. And also the most luxurious too. And on the another hand, Mercedes-Benz had this model named Mercedes Benz G550 6x6, which is considered to be as one of the worlds most expensive machine. And the best off roading vehicle on the road. Since Daimler AG acquired the Maybach, they had to relaunch the Laundalet version aligned with the name Mercedes. So they did this. An off-road beast with sheer luxury. The Mercedes Maybach G650 Landaulet URL : ,Maybach G-Class G650 Landaulet (2017) Interior Exterior Drive [YOUCAR] Suggested by ,Suyash Muley, . The AMG logo that you see on some models of Mercedes is actually a designing and performance company now owned by Mercedes (Daimler-Chrysler Ag. Earlier it was a privately held company). A stands for Aufrecht M-> Melcher G-> Grossaspach (The town where Aufrecht was born). A and M are the initials of the founding members’ surnames.

Do any cars other than the Huayra have a twin-turbocharged V12 engine?

You are given 100 billion dollars but in order to keep it you need to spend all of it in one week. How does the situation play out?

Is Mercedes Benz moving away from V12 engines on the S-Class and Maybach?

technically, MB already has, but the long answer is ,no,. As of 2012 MB ceased development of V12 engines and tech. In that year they assigned the responsibility over to their performance division AMG. in addition to developing the performance models for MB, AMG also does the Maybach vehicles. so the only place you’ll find a V12 now and in the future is with ,AMG and Maybach, badged MBs: S65 (sedan, coupe & cab) S650 Maybach sedan and cab SL65 G65 G650 Maybach