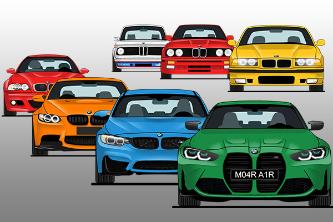 One happy result of such requirements is the BMW M3 derived from the 3-series.The M3 name has been around 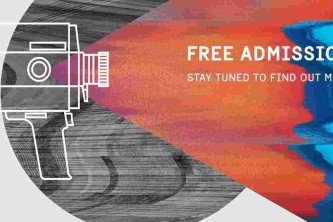 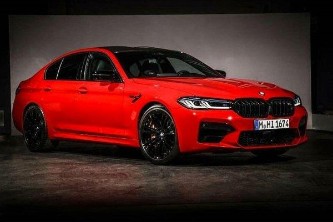 The updated 2021 BMW M5 facelift has leaked onto the internet, hours before the model’s official 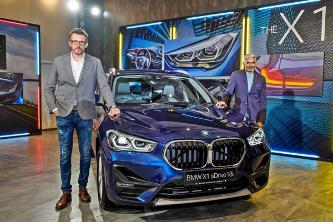 improved aerodynamics and comfort, the new AMG E63 sits in the league of big powerful saloons like the BMW

For generations, the BMW M3 was sold as a sedan, a coupe, and a convertible - the latter 2 became the

This Mercedes has a BMW heart: Sacrilege or genius?

Since time immemorial, BMW and Mercedes-Benz have been at each other’s throats, vying for supremacy

Well, it seems like BMW Malaysia is charging up its EV game, as they have begun teasing the 2021 BMW

Remember this ad of the BMW M5 camera chaser car filming a land speed record car in the early 2000s?

MT vs DCT vs AT: Why manual transmissions are becoming unicorns

Our car for the day was the F90 BMW M5 for the convoy to Pavilion.A quick cup of coffee and a briefing

In an era when SUVs are booming and cars’ performances are continuously rising, BMW M GmbH has

quot; Toyotas legendary 2JZ-GTE engineNobody in the history of mankind has ever said, "The E30 BMW

When BMW unveiled the updated 5 Series range yesterday, they did not reveal the top-of-the-line F90 M5

A month after its online premiere, BMW commenced production of the 2021 BMW 4 Series Coupé (G22 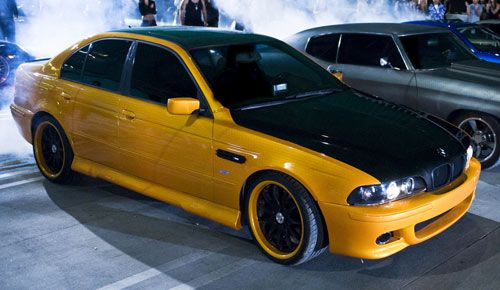 With four doors and comfortable seating this is why the M5 is always in my top 3 :-)

Man, I heart this! ❤️❤️❤️ The MANHART MH5 GTR based on the BMW M5 CS. 📸 By Bimmer World Brothers https://t.co/YjBD8oNJrM

For next pic i want to make hybrid of bmw m5 and bmw m3 gtr. How do you think guys, it’s will be a cool? @LPRIPPER24 @DomesticMango https://t.co/3ctxBs5lN3

Let's see what you've got 👇 https://t.co/Axwyb5xBkm

Which supercars will you want to own someday?

Oh, you had to ask. Alright, here goes. This is my dream garage. For my daily drivers, I would have these: Jaguar F-Type., I love the sound of that V8. Mercedes AMG GTR. ,I actually hated the AMG GT when it came out because it replaced the AMG SLS which I loved. But after a while I really took to it and after sitting in one, I added it to my dream car list. Audi RS7. ,Almost perfect sleeper. BMW M5 (F90). ,Because I’m a Bimmer fanboy through and through. Lamborghini Huracan Evo Spyder. ,For those sunny days when a closed roof will just not do. Next, we have the track-day stars. Nissan GT-R (R35) NISMO. ,When you have one GTR for your daily runs, you have to have another GT-R for those weekend track excursions. Ferrari 812 Superfast. ,My favorite model from Ferrari’s current lineup. Sadly, probably one of the last naturally-aspirated V12’s. Porsche 911 GT3 RS. ,I’ll leave the GT2 RS for lunatics bigger than me. Lastly, honorable mentions of cars which are no longer in production but will always have a slot in my garage. Ferrari 458 Italia. ,I’d have this over the 488 GTB any day. Lexus LFA. ,A car that was generations ahead of its time. Sadly, not many people even know of its existence. Mercedes AMG SLS. ,How could anyone not love those gullwing doors? Nissan Skyline GT-R (R34). ,Technically not a supercar, but no less than one. I’d keep it stock, no performance mods. Just to preserve that sweet note from the motor. Well, maybe a larger exhaust to amplify it. I’ve kept away from special editions and one-off hypercars as those would not be possible to drive as often. Those would end up becoming garage queens and would be more of an investment rather than machines I could enjoy, Thanks for the A2A. Happy motoring!

What is the most practical sports car to drive daily?

It’s a good question, because the balance between practicality and sportiness is difficult to achieve. For example, you could go with the BMW M760LI, but is it really a sports car? Heading down, you could go for the BMW M5, but I don’t consider > E generations raw enough to be called sports cars. Perhaps the smaller M-cars are, but still, I’m not convinced, I still call the newer generation BMW M-cars as luxury cars. I would definitely throw the Nissan GTR into the mix, but is it really the ,most ,practical? The C63 AMG is definitely a contender, as are the Audi RS6 and Cadillac CTS-V. The answer I want to write down is the BMW M3 E90. Hardcore sports car, extremely practical. But, unfortunately, it’s not the most practical. BMW made the almighty M5 E60, which would have had my top spot, but it’s too unreliable and finicky. And that brings me to the painful admission that Audi makes the most practical sports car (IMO). The RS6. Ok, it’s an Audi, so it doesn’t provide the driving fun of the BMW M cars or the Mercedes AMG cars, but it’s undeniably lightning fast in a straight line, will still be great in the corners, is raw enough to shout like thunder, and it’s a cavern inside. V8 twin turbo 445 kW (performance pack) Achieves 0–100 km/h in 3.6 s (average) 0–200 km/h in 12 s Will likely do a near-8:00 at the Nordschleife “Maximum capacity of 1,680 litres isn't far short of the SUV duo's, while at 565 litres with the seats in place, the RS6 has more room than the Range Rover.” - ,Audi RS6 Avant Review I love it.

What are the best luxury and exotic cars under $100k?

If you could choose one car each from German, United States, United Kingdom, Italy, and Japan, what would you pick?

Hmm I can work with this. America: Buick Grand National GNX Powered by a Turbocharged V6 making 276 hp, this here car is by far my favourite out of them all. It hit the quarter mile at 113.1 mph and 12.7 seconds, a total 0.3 seconds fasted than the Ferrari F40. At the time of its release in 1987 it was the second fastest car in the world, only being beaten by the Lamborghini Countach. Germany: BMW M5 E39 Today’s F10 M5 is quite the car, with a twin turbo V8, yet we forget the one that started the German V8 Sedan craze. The E39 M5 to me is one of the best of the best, a pioneer in its field; it blew away competition when it was first released in 1998. Italy: Lamborghini Murcielago SV (Liberty Walk) This car is the textbook definition of an exotic. An Italian supercar powered by a 6.5L V12 give-or-take 660 hp from the factory. Even without a wide-body it still looks absolutely amazing. Japan: Nissan Skyline GTR R32 (Rocket Bunny) Making its debut in 1989, this Japanese performance car outdid itself. Powered by the legendary Nissan RB26 engine. The RB26 in particular was a twin turbo inline 6 making 276 hp. The GTR variant of the R32 was 4WD, meaning better acceleration and launch. UK: BAC Mono The BAC Mono is a single seat supercar weighing in at 540 kg. This beast of a car right here is powered by a Cosworth inline 4 making 280 hp. The car in itself resembles a fighter jet, quick and fierce.

What are the most popular cars on the road in the US?

If you had three cars in your dream garage, which ones would they be?

I will categorize my three cars into the following categories: SUV Sports Car/Daily utility Classic For SUV - It would have to be the G 63 6x6. It will be useful for both zombie apocalypse as well as for roaming around as Batman… For Sport cars/Daily Utility: I would choose either the BMW M5 or the Subaru Impreza WRX For Classic: It would be either a ‘69 Dodge Charger or a Aston Martin DB5. Honorable Mentions: Bowler Nemesis Land Rover Defender Koeniggsegg Agera: Nissan Skyline GTR R34:

Would you choose a BMW F10 M5 or a Nissan GTR R35 for a daily driver/track day car?

Ideally the M5 as a daily driver and the GT-R as a track car. The BMW will be a better all rounder and will be OK on occasional track day. If you can live with the practicality limitation of the Nissan in daily driving though, than I think it is a no brainer. GT-R will reward you quite a bit more on the track.

What is an affordable car for teen that would be great for street racing?

How does a Tesla perform on a track?