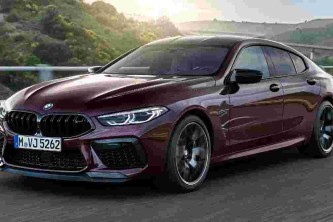 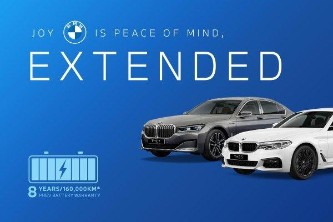 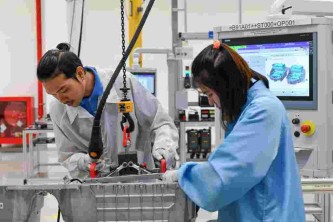 Back in late-April, photos of the upcoming 2020 G20 BMW 5 Series facelift leaked out, giving us a sneak

Yes, under the glossy design by Pininfarina, the President is built on the previous generation F15 BMW

X5.BMW iX xDrive 40Having debuted digitally last year, one of the highlights of the BMW iX is its reported

Now Apple devices can unlock your BMW via Digital Key!

Regular 2021 BMW X5 PHEV too plain for you? A more bespoke variant is coming soon

VinFast sedan & SUV gets full 5-Star ASEAN NCAP rating, because it's a BMW underneath

measured on a 100-point scale.The LUX A2.0 and LUX SA.20 are both based on the previous-generation BMW

But while other parts of the country are cutting down trees and deforestation issues come to light, BMW

CKD 2021 BMW X7 due for Thailand, Malaysia to follow soon?

BMW Thailand is preparing for the launch of the locally-assembled (CKD) BMW X7.

BMW Malaysia has teased the 2021 BMW iX, which suggests the introduction of the electric SUV (BMW uses

During the recent “Hydrogen Technology Day”, a small series production of the BMW i Hydrogen

The hydrogen cars were the BMW H2R and the BMW Hydrogen 7.BMW H2R (Hydrogen Record Car)Now, back in the 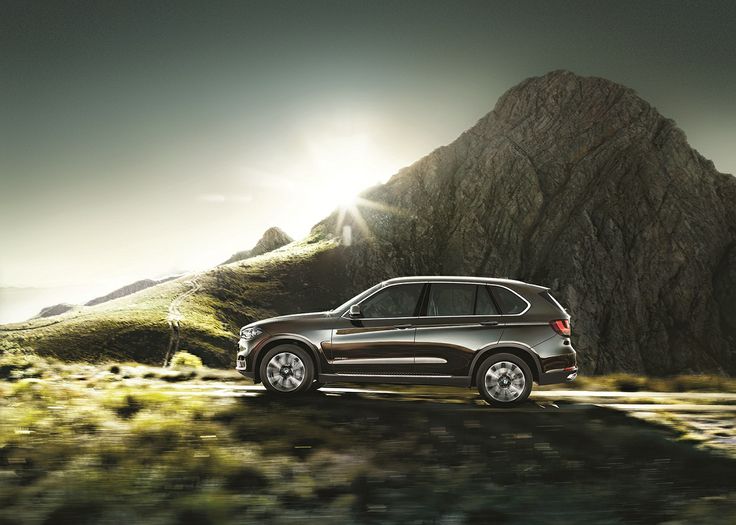 Anyone has any idea what broke down? I'm from Slovenia and the mechanic said the "rails" (not sure if the translation is correct) broke. Any idea what the part is called, because the whole moonroof costs around 1k € here and thats way too much. Is the moonroof on e91 pfl (mine) the same as on x3, x5

Anyone has any idea what broke down? I'm from Slovenia and the mechanic said the "rails" (not sure if the translation is correct) broke. Any idea what the part is called because the whole moonroof costs around 1k here and thats way too much. Is the moonroof on e91 pfl (mine) the same as on x3 x5

How To Operate The BMW Panoramic Moonroof in BMW X5 http://t.co/B6ZN3JnAGY

Would you prefer a high-spec Lexus or a low-spec BMW SUV for the same price?

If I were you talking about the brand new Lexus and BMW, I would go for a high spec Lexus. The best comparison I can use is the Lexus RX350 F sport. This car will have all the unique features of a Lexus, and with the sport package, as it sit with a starting price of $50k. This car was revised in 2016, the new look gave it an aggressive front end. Compare to the BMW, this Lexus only house 5 seats. The extra 2 seats of the BMW is tiny, only little kids sit back there, so basically impractical. The long hunch trunk gives the Lexus a far more luggage room compare to the BMW. After adding a bunch of options to the Lexus; Upgraded Navigation and sound system ($3,200), Blind Spot and Parking and Cross Traffic braking pkg. ($1,800), Upgraded Triple Beam Headlights ($1,615) and Moonroof ($1,350). All together $58,175. Well for the BMW X5 35i, Cheapest package and NO OPTIONS has price tag of $57,200. You pretty much just bough a SUV with a good looking badge. If I were you Lexus is the way to go.

Personally, I would go for the X5, because it has better fuel economy than the Q7 as well as similar acceleration, the Q7’s fuel economy is terrible by comparison. The mid-variant B58 engine in the bimmer is just much better than the V6 with the same horsepower in the Audi. That said, there are some things I do like about the Q7 that are not enough to make me get it over the X5, which is that you have more instrument cluster customizations such as being able to explore the entire map and zoom out and in. BMW’s with iDrive 7 have that feature too in the instrument cluster, but it’s not as configurable, for example, I can’t have it display satellite view in the BMW instrument cluster and I can’t zoom in and out of the map myself, it will only just auto adjust based on how fast I’m going. This instrument cluster feature was what I originally really loved about Audi’s and other VW group vehicles. Mercedes Benz’s with their MBUX system too. BMW’s latest instrument cluster now has some really cool stuff I absolutely love as well, such as the Assisted driving view, similar to what you would find in a Tesla, where it just displays vehicles and the lanes surrounding the car. Yes I know that there are other cars that have that feature besides just Tesla and BMW. The BMW also has the gesture control which I personally find really handy. I know that other people find it gimmicky, and I understand that, the reason is because there is a certain location for the sensors to detect the hand movements and sometimes in other BMW’s with this feature, it sometimes doesn’t work for some reason. I just love being able to twirl my finger at the screen to turn the volume up and I find that using the hand gesture movements to rotate the vehicle around in the 3D camera view. The Audi and other Audi’s (of course) also has the 3D camera view that I only like slightly more. I do like that I can use swipe gestures on the screen to rotate the car, but personally, I find that using the finger movements on the screen with my elbow resting is a bit more useful. That said, it would still be nice for BMW to allow the person to use swipe gestures on the screen just to rotate the car around in the 3D camera view instead of just selecting certain camera views on the right section of the screen where it displays the top down 360 view. And oh, last but not least, I really love the sky lounge feature in the bimmer where the moonroof has LED lighting inside it. Here’s a picture of that: PS: if you are shopping in this luxury SUV segment, why not just look at other competitors, such as the Mercedes-Benz GLE, Genesis GV80, Lincoln Aviator, or Volvo XC90, and decide which you like. BTW, the X5 is my first pick in this segment.

What does owning a BMW X5 say about you?

Standard Equipment, – BMW has consistently been know as a modest brand. By modest, I don't imply that its cars are reasonable, I imply that the organization nickel and dimes its clients for each and every little choice. BMW claims that it gives the client more choices when purchasing. I'm certain you can envision the face I'm making at that announcement. In any case, the X5 does really accompany a lot of standard packs. In America, at any rate, the BMW X5 accompanies xenon headlights, LED foglights, an all-encompassing moonroof, and three-phase warmed calfskin seats as standard, just as significantly more. It's presumably the second most well-prepared base BMW in the range, being dominated distinctly by the 7 Series. Plan ,– Say what you need about the BMW X5, yet it is a looker. It's extraordinary looking outwardly, all enormous and brutish with a whiff of class and extravagance. It's something that stands apart regardless of where it goes. It's likewise flawless within. The lodge is wonderfully spread out, the seats are eminently graceful and the materials are right on the money. Certainly, it's not the most energizing plan any longer, with the Audi Q7 and Jaguar F-Pace beating it there, yet it's as yet a dazzling spot to invest some energy. From either the outside or within, the BMW X5 closely resembles a quality thing, something worth the value premium it requires. wheels set on BMW Õ1 F48 564 style-,https://www.carengineering.ru/zimnie-kolesa-bmw-x1-r17-564 Reasonableness, – The BMW X5 is one of only a handful barely any SUVs in its group that really offers seven seats. Honestly, those two discretionary secondary lounges are just useful for little youngsters, however, it helps families with a ton of little kids. However, besides that, its trunk is enormous, with collapsing 60/40 collapsing back seats and a huge amount of tie-snares, nets, and capacity places, making it incredible for families with a huge amount of stuff to pull around. It likewise has huge amounts of capacity places in advance, with huge entryway canisters and huge amounts of little cubbies to put shades or mobile phones. iDrive ,– BMW's iDrive framework is an extravagance in itself. While each extravagance producer has its own media infotainment framework, BMW's iDrive is head and shoulders over the opposition. I've invested a ton of energy with Audi's new MMI and Mercedes' new COMMAND and neither of them approaches BMW's iDrive. It's just more natural and simpler to use than some other framework out there and it accompanies phenomenal top quality illustrations. On the off chance that you have a family and invest a great deal of energy driving them around or going on travels, iDrive will genuinely prove to be useful and satisfy you about your X5 buy all alone.