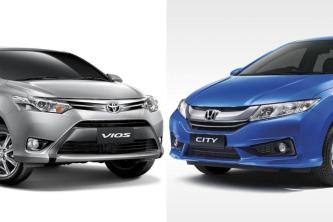 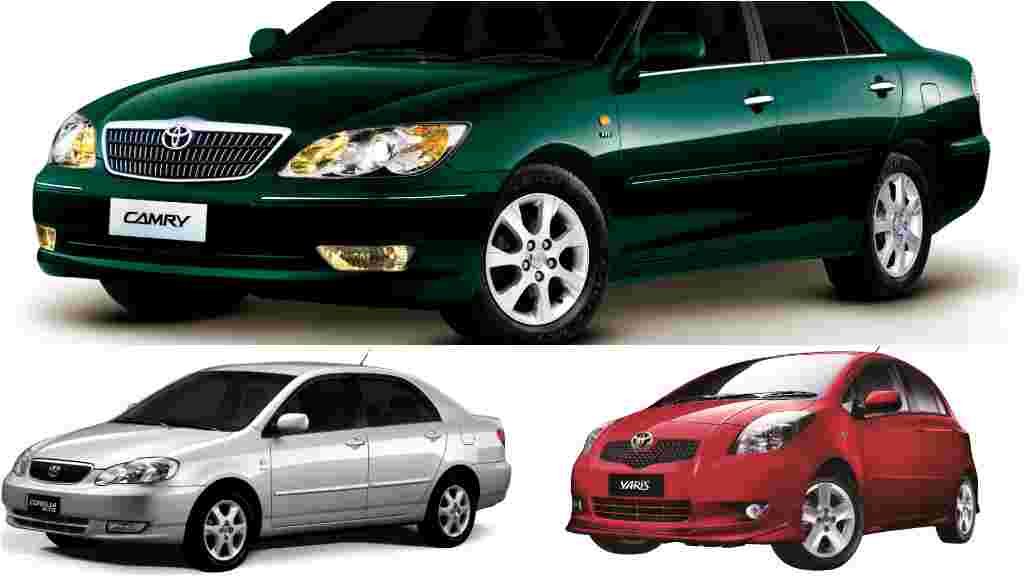 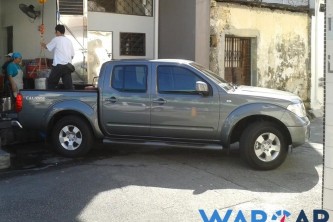 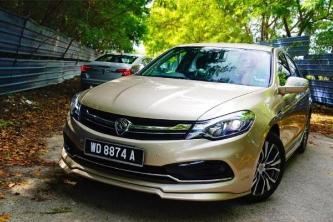 Calling all Proton Perdana owners! Have you replaced your airbag inflators yet?

RM 15k for a first-gen Toyota Vios - how to buy a good one, maintain and have fun with it

just plonk the cash for an older car thatll still take you around reliably.For that, the 2003-2007 Toyota

Vios 1.5 J.Why compare the base spec Toyota Vios and Proton X50 against the top-spec Perodua Ativa you

involving 2,784 units of the 1999 Honda Accord and 2000 Honda CR-V to replace the Takata driver front airbag

announced today that it is recalling of 23,476 units previously recalled Honda vehicles for yet another airbag 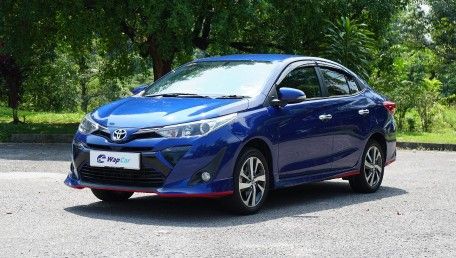 Toyota Vios, good performance and the most preferred choice for most people.

The full set includes both front and back seats covers, airbag and seat belt compatible,convenient pockets for keys or phone. Colour: Grey

What is the most popular car in your country?

(new 2019 facelifted Toyota Vios) This is the most popular car in the Philippines. It's a FWD subcompact sedan called the ,Toyota Vios, ,it comes in 7 available trim levels it comes with: A 5-speed manual ,or ,CVT A 1.3L I-4 making 98 PS/123Nm ,or ,a 1.5L I-4 with 106PS/140Nm 8 airbags, ABS, ESC and a 5-star ASEAN NCAP crash safety rating Bluetooth connectivity, an Aux jack, CD and USB player and AM/FM radio Air-conditioning, powered windows and steering on all trims Optional Reversing sensors a highway fuel economy of 22.3km/L (52.5US mpg) And costs between USD $12,820-$21,551 The Vios is very appealing due to the huge variety of trims and features it comes in to fit every consumer's needs. As a result, not only is it a very popular family car, but it's also one of the most popular choices for fleet Vehicles (,note: this is the pre-facelift Vios ) From taxi fleets Police cruiser fleets Company car fleets Rental car fleets It's so popular we even have a racing spec series for this car Thanks to all these factors Toyota has managed to sell 25,840 units in 2018 more than any other car. The Vios has also been the best selling car for the past 10+ Years. And it looks like it'll stay that way for many more. It was basically everything the Mitsubishi Mirage G4 was trying to be, but failed miserably.

What is your least favourite car company?

I’m not a big fan of Toyota. Here in Malaysia they’re well known for being a bland brand. Not only that, when it comes to equipping their cars (especially their bread & butter models), they can be incredibly stingy, most notably when it comes to safety equipment. Case in point - the Toyota Vios, a subcompact/B-segment sedan. For RM 90,000 ($21,000) the top spec model offers no traction control & only 2 airbags. What it does have is faux cosmetic addons. Compare that to its Japanese competitor, the Honda City The top spec model provide 6 airbags & traction control for around RM 89,000 ($20,804). In fact traction control is standard on all Honda City models, even the cheapest one at RM 75,930 ($17,753). And don’t let me start about the Korean offerings like the Kia Rio This car is value for money - for RM 79,888 ($18,677) it offers the full safety suite and a whole lot of features you won’t find in the Toyota. Thankfully the company is paying for their lack of concern for the customers - they were once the top selling foreign brand in Malaysia but today Honda outsells Toyota 2 to 1.

Have you ever almost died and had something inexplicable, miraculously save you?

My boyfriend and I were in a very bad car accident only a week ago, at around 2:00am Manila Time, May 20, 2016 to be exact. We were on our way to Subic Bay Freeport Zone. There was a slight drizzle, enough that the road was wet but not completely drenched. As we approach the bend located at Tipo Road, we felt the car slip to the opposite lane. My boyfriend tried getting us back to the right lane since a truck was heading our way however the momentum propelled the car straight to the side of the mountain. Everything happened in mere seconds. I had only a moment to realise that the situation was bad…really bad. Then all of a sudden right before the car's first collision, everything went blank for me. Like there was a very serene presence that came over and right at that moment I felt an assurance that no matter what happens I will make it out alive. That lasted for a second. Then came the first collision on my side. The car turned and the 2nd and 3rd collision happened at the driver's side. We hit an object with the 4th collision, which caused the car to hit the canal at the side of the mountain at a certain angle and made the car flip over and skid across the road ending in an upturned turtle position. For a minute or two, I couldn't move but I was very conscious. I was more worried about my boyfriend’s state at the time rather the pain my body was experiencing. Then he started moving and talking… right at that moment I couldn't thank whichever ever god was out there enough. We got out of the vehicle, which was not an easy feat since the doors got deformed. Suffice to say, the car was a total wreck. Both ends were completely smashed including the ceiling of the car. Once the officers and EMTs responded at the scene they couldn't believe that we walked out of it alive with only some bruises, scrapes and a few contusion. I couldn't explain what that presence was. I wasn't a religious person and I still am not. But for whatever reasons I attributed surviving that crash to that unexplained presence. PS: I would like you all to take note that the car was a Toyota Vios 2015. It's ABS didn’t function and airbag didn't deploy. I'm attaching photos of the aftermath.

Does anyone like the Mitsubishi Mirage? If so, for what reason?

It's a good car to own in Asia simply by the virtue of the fact that it is also sold in Europe and Australia, which means that it is capable of passing some of the world's strictest safetly legislation. The roads of the Philippines are full to the brim of vehicles like the Toyota Vios, Mitsubishi L300 and Toyota Hi-ace; all of which are not sold in Europe because they offer little or no protection to occupants in serious accidents. To have passed Euro-NCAP and ANCAP tests, the Mitsubishi Mirage must be able to keep its passenger compartment in shape during a typical accident: This makes it one of the safest cars in its class in Asia. It might have less safety features like airbags than western variants, but you'll still be getting that structural rigidity.

Why doesn’t my Toyota Vios 2021 come with the wireless charger but stated so in their website?

Why isn't the Toyota Yaris selling as much as its rivals in India even though it boasts segment-first features?

Is Vento 1.2 TSi DSG worth buying?