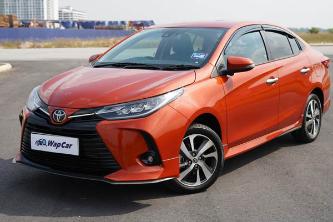 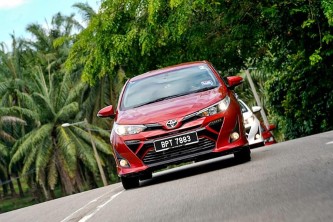 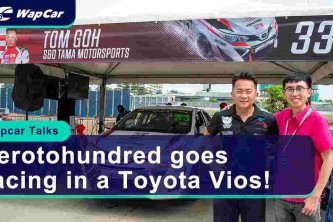 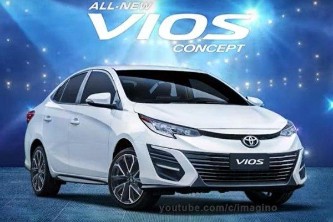 The Toyota Vios is a B-segment sedan that competes against the Honda City, Mazda 2 Sedan and Volkswagen

One of the cars that stole last weeks thunder was the 2020 Toyota Vios GR Sport.

limelight, another long-standing competitor is getting ready to fight back - yes, the facelifted 2020 Toyota 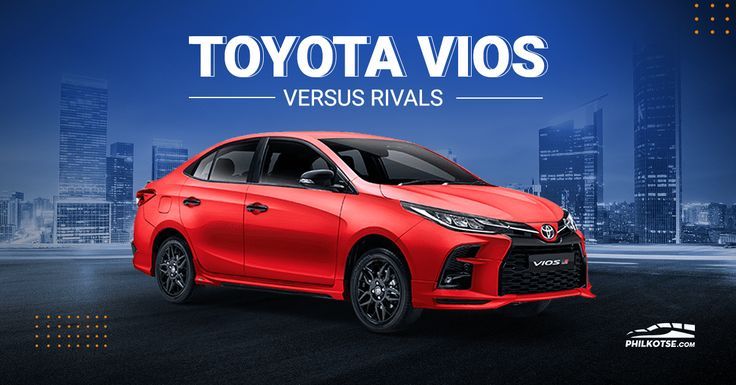 Toyota Vios: How does it stack up against its rivals?

Let’s compare the Toyota Vios against the other subcompact sedans it’s competing in the local market. How does it stack up against its segment rivals?

Toyota Vios Financing: How much do you need to buy one?

You have plenty of options with the country’s best-selling subcompact sedan. The Vios is Toyota’s best-selling model in the Philippines to date, contributing significantly to the company’s almost 40 percent share of the local automotive market.

Toyota Rush Financing: How much do you need to buy one?

These are what you need to know in terms of saving up before you can bring home a new Toyota Rush for the household.

Honda has launched an urban hybrid for India in Malaysia. The price of Honda City 2020 Malaysia ranges from RM 74,191 to 86,561. The City Hybrid is equipped with Honda's latest compact dual motor hybrid powertrain. When one motor is used as the starter and generator, the other motor develops 109ps and 253nm, which promotes the development of the City. Auxiliary to this motor is a 1.5-liter gasoline engine that produces 98ps and 127nm of power, providing additional performance when needed.

TOYOTA ALPHARD For Sale in Antigua

Why does diesel fuel cost more than gasoline?

For countries other than the US it may not. In UK for instance, the government though it a good thing to try and get people to drive diesel instead of petrol cars as they get better mpg; to aid this, they dropped the price of diesel to well below petrol. A compliant public went out and did it, and the car manufacturers stepped up the design and efficiency of their diesel engines to cope with the increased sales. The government can easily change the price of fuel by quite dramatic amounts, because in the UK fuel carries around 70% of its pump price in tax. Then the government had a rethink, stating that diesels were contaminating the planet, and subsequently upped the price of diesel to above that of petrol… In other countries such as Malaysia, most vehicles are petrol driven, the government considering that it is not worth producing diesel fuel to cope with the higher emission ratings of Euro 4 or whatever. This is because they don’t really care about the rich who buy an imported diesel Mercedes or BMW (even though that’s themselves), more to providing cheap gas for the rakyat who drive the local Proton cars (it’s where votes come from). In Philippines there are many diesel vehicles, mainly pickups and SUVs where I live (you can count luxury saloon cars like Mercedes, BMW and even the Mazda 6 on the fingers of one hand), the rest of the vehicles being small petrol cars such as Toyota Vios and a million or more multicabs and jeepneys (my pet hate). The sheer number of long distance trucks is overwhelming in most cities, as there are no railroads, very few city bypasses and many far-flung towns and cities on the island in which I live (Mindanao). These trucks are owned by those who have a snout in the corruption trough, so diesel prices have usually stayed below the petrol price, though currently there are only a few pesos difference per litre. So, the reasons? Different prices in refining and/or importing the different fuels Government tax Government pricing to favour one section of the public over another Lobbying by interested parties to secure votes from big business Perception on the number of diesel versus petrol vehicles in the country to favour any of the above

Why doesn’t the US get small hatchbacks like the Aygo or Etios?

In UK we mainly drive small cars. There are several reasons for this - as has been mentioned more than once on Quora - the main ones being small roads, the price of cars and the price of fuel. There’s an old adage “If you can’t afford the fuel, you can’t afford the car”. In a country like Malaysia with subsidised or zero tax fuel, cars abound even though they are expensive to buy. This is partly to try to ensure the success of the local home-grown car economy by Proton and Perodua. People can afford the fuel, so they buy a car over 10 years hire purchase. In UK it’s the same, we have small roads and most can’t afford the fuel, so buy a small car that doesn’t use much. The US however has a vast road system, and towns and cities - unlike English ones built around farm tracks and field boundaries - lend themselves to large vehicles (the American Dream) by being built on the well-known “waffle iron” layout. Driving a massive American car around York or the roads in the South West of England is going to be a trial, for sure. America is also a huge country, and if you travel by car you want something more than a Toyota Vios to do it in - along with power steering, air con and all the other extras that were late coming into the UK car market - like a radio even! Last but certainly not least is the ever cheap petrol (gasoline) available in the US which makes a massive inefficient gas-guzzling engine viable. If you were paying over $2.50 per litre ($9.50/US gallon), would you be able to afford to run a Hummer? People in UK driving about in Ford Focus, Toyota Vios, Nissan Micras etc would far rather be behind the wheel of a Jaguar XF or a Lexus believe me, but the fuel cost tends to obviate it unless you either get free petrol (company car) or are rich… So, you don’t get them because hardly anyone would buy them?

What is your favorite full size sedan?

For a filipino like me. Considering these factors. Value for money Spare parts Gasoline consumption. Durability and reliabilty I will choose have Toyota Vios. Thats why its hard to beat Toyata Sedans in the philippines.

Why is the Philippines a great place to live, work, study, invest, play and retire for people around the world and from all walks of life and an ideal destination for international students over other countries?

What are the benefits of a diesel engine over a petrol/gasoline engine? They thermodynamic cycles are different, but what intrigues consumers it?

The other answers give the technical bit, but what makes consumers buy them? For trucks/pickups it’s the high torque and low diesel consumption for a heavy vehicle - much the same reason as trucks and artics have diesel engines. As for cars, I can only speak for the UK, Malaysia and Philippines. The UK government offered incentives to buy diesel cars as they were more fuel efficient. They even lowered the price of diesel to below that of petrol. The car manufacturers started to manufacture and improve diesels so that it was a win-win situation all round, apart from the government not making as much in tax from fuel efficient diesel engines at a lower price. Those with an eye to good acceleration and reliability took note that the cars that were winning the Le Mans 24 hour endurance race were diesel Audi and Peugot (not known as particularly fast cars) with the traditional petrol-head sports cars such as Aston Martin coming in 3rd or 4th. Since this encouragement, the UK government has now gone back on its fervour for diesel cars, telling us that they are bad for the environment, school children, roads, the lesser-spotted pond newt and various other popular lobby groups (polar bears are probably in there somewhere). And the price of diesel is now higher than petrol (£1.22 v £1.19/litre respectively), but that’s governments for you; give with one hand, take away with the other… Living in Malaysia, most cars and pickups are petrol engined because the diesel quality is not so good and the emissions are much higher than with Euro 4 fuel for instance, so engines have to be tuned for the poorer diesel. Petrol is so cheap that it doesn’t cost much to gas up a 6 cylinder 3 litre Mercedes (my Mazda 6 2.5 cost £14 to fill the tank from empty). Current petrol price around 1.9RM/litre which equates to £0.34/litre Here in the Philippines, diesels predominate as most people drive pickups and people carriers and diesel is cheaper than petrol; there are very few large saloons in Davao. The main users of petrol are the Toyota Vios taxis and other cars of the same size, and the 48 million “multicabs” that infest the city. Current diesel price of P30/litre equates to £0.48/litre.

What are the types of car?