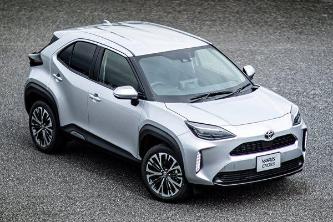 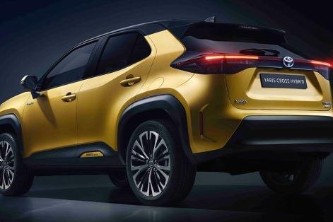 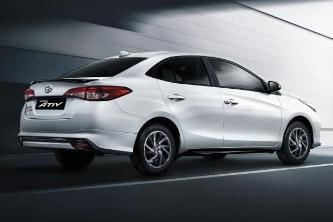 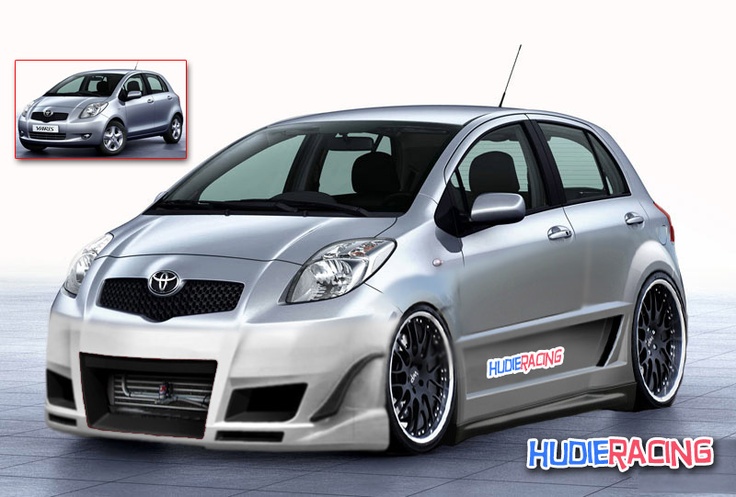 Did Toyota Just Confirm A GR Hot Hatch For The US?

The all-new Toyota Yaris, with a sporty stance and razor-sharp agility. When you have this much energy, why stop? #ToyotaYaris https://t.co/b44bUFbCu9 https://t.co/zFs5GnBI2F

How do you feel about the stance on this #Toyota Yaris? #StyleSaturday https://t.co/fbqXyGzG7W

The all-new 2020 @Toyota #Yaris Hatchback has a sporty, low-slung stance, with a large, aggressive grille and can get you up to 40 mpg on the highway plus much more! Check out our #FirstLook at it. https://t.co/tuxo7WnLBy https://t.co/78qPkmhE38

Why is "tacticool" looked down on by the gun community?

Because it is like stancing a Toyota Yaris while adding stick on chrome “Vents” a fart can off Ebay and a huge wing that serves no practical purpose and then claim you are track ready. I used to shoot competitively and was a Certified Range officer, I always dreaded the person who showed up all “Taticooled” out since I knew he used all his money for gear and not practice, so I would have to watch them very carefully to insure they did not break safety rules.

Is it possible to use 185/55R15 tire at the rear and 185/60R15 at the front of a Toyota Yaris hatchback? Would this change anything in the overall performance or the fuel consumption?

It would give it a slight ‘nose up’ stance which is not ideal. Larger tyres are better on the back…

What is the smallest American-made car?

Smart fortwo 2016 Length: 106.1 inches The smallest car, with a length of 106 inches, is the all-new 2016 Smart fortwo. The pure coupe is everything you need and nothing you don't - it's smart in its purest form with only a little length of 106 inches. You get the best of both worlds: 5-speed smartshift transmission with automatic mode (for ease) and manual mode (for fun), hill start assist, and it's packed with lots of standard safety features such as 8 full-size airbags. 2.FIAT 500 2016 Length: 139.6 inches Unmistakably Italian, every detail of the FIAT 500 has been thoughtfully and beautifully designed. Available safety and security technologies, sleek contours, stylish interior touches and dynamic performance all come together to help give you everything you want and everything you need. Customization choices of this small car include 15 amazingly stylish paint colors finished in metallic, nonmetallic or premium tri-coat. 3.Chevrolet Spark 2017 Length: 143.1 inches Living large comes easy for this small car, with cool available technologies that keep your social game strong and nimble maneuvering that helps you get around town. Snag the smallest parking spots with help from available Rear Park Assist. Perfect for street parking, it works with your standard rear vision camera to provide alerts when you’re getting too close to stationary objects behind you 4.Mitsubishi Mirage 2017 Length: 148.8 inches With a city-smart size, a best-in-class turning radius and a budget-friendly price tag, Mitsubishi Mirage is just the right amount of small car for adventures, errands and everything in between. This spirited 1.2-liter engine uses MIVEC technology to balance power with fuel efficiency. Designed to optimize valve timing at every speed, MIVEC gives the Mirage 78hp and a remarkable EPA estimated 40 MPG combined (37/44 city/hwy) when paired with the available CTV (Continuously Variable Transmission). 5.MINI Hardtop 2 door 2015 Length: 151.1 inches Thanks to clever engineering, MINI cars have always been surprisingly big on the inside. In fact, many tall people specifically buy MINIs because it's one of the only cars they're comfortable in. Start with an ultra-rigid body. Push the wheels all the way to the corners to maximize cockpit space - and create a wide, go-kart stance. Turn the engine sideways to create even more space and nearly perfect balance. 6.Mazda MX-5 2016 Length: 154.1 inches Over its four generations, the Mazda MX-5 has remained an authentic, lightweight sports car. Its engaging, open-air driving style has been discovered by hundreds of thousands of people all over the world, making the MX-5 the best-selling roadster of all time. The new 6-speed manual transmission is smaller and lighter than its predecessor. 7.Toyota Yaris 2016 Length: 155.5 inches Yaris is the small car from Toyota with smart space and plenty of room for friends and gear. With its easy maneuverability and smaller profile, you'll be parking your Yaris in places bigger cars wouldn't think about trying. Its sleek styling has all the right curves, and new available projector-beam headlights and an oversize blacked-out grille add attitude. The Toyota Yaris is about to change your idea of space in a small car. 8.Toyota Prius c 2016 Length: 157.3 inches Toyota Prius c was designed with the big city, and small parking spots, in mind. As the smallest and most affordable member of the Prius Family, Prius c makes fitting into the city easier, and more fun, than ever. Know what's cooler than one power source? Two of them. With the Hybrid Synergy Drive® you get a more efficient, more reliable combination of a gasoline engine and an electric motor. They work either independently or simultaneously, to move you in the most efficient way possible. 9.BMW i3 2015 Length: 157.4 inches Everything about the BMW i3 is designed for life in the city. With its sustainable design and its undeniable agility, this is an EV that's bound to change the way you think about driving. Using extremely strong, yet lightweight Carbon Fiber Reinforced Plastic as its foundation, this compact vehicle is as innovative as the technology and renewable materials it contains. 10.MINI Hardtop 4 Door 2015 Length: 157.4 inches The turbocharged motoring icon, with double the doors. Powered by a MINI TwinPower turbo engine developed with the BMW Group, this MINI Hardtop is loaded with premium features and is built for sharing. Every MINI Hardtop 4 Door has 3 driving modes you can switch on the fly, standard. For extra punch, use Sport Mode to automatically adjust your engine, steering and transmission setting points for a stiffer, sportier ride.