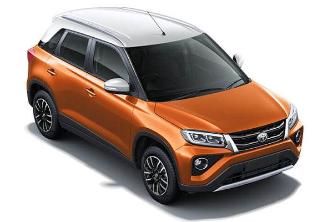 Earlier this month, we reported news that Toyota is set to launch another crossover called the Urban 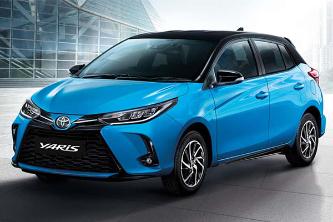 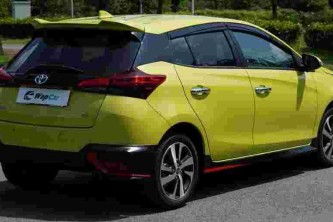 Suzuki Ciaz could be rebadged into a Toyota, but won’t be called Vios

a number of rebadged models, including the Suzuki Baleno (Toyota Glanza), Toyota RAV4 (Suzuki Across

After missing a hatchback model in their line-up, Toyota finally introduced the Toyota Yaris hatchback

Toyota and Suzuki’s partnership continues to deepen, as Toyota India has confirmed that they will 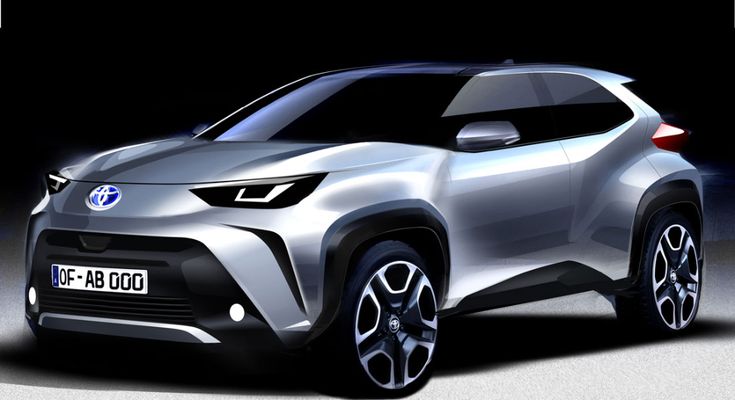 New Toyota Yaris | Behind the Wheel

Advice: Being so easy to drive and cheap to run means the Toyota Yaris makes a great first car as well as a good urban runabout. As a result, it’s important to check for damage to body panels and alloy wheels. Check for signs of a worn clutch, such as a very high biting point. https://t.co/I31jZMWZ4D

Pro Tip: When a Toyota Yaris comes screaming out of a side street in an urban battlefield, it's a suicide car bomb. https://t.co/NXlLRr8uCh

Ready to go Meet the 4th generation Toyota Yaris. Toyota promises the new Yaris will meet the demands of urban life, but also provide enjoyment on the open road or highway. With many driver assistance/safety features, the Yaris aims to be the world's safest small car. https://t.co/2bcUtgBa6Q

What cars on the market are currently twinned?

How good is the Toyota Urban Cruiser in India?

Toyota known for cars like Innova, Fortuner , Etios which all have strong build quality and great reliable engines. They have a ,partnership with Maruti suzuki and they are launching cars using their brand name,. Toyota Urban Cruiser is nothing but ,Maruti suzuki vittara brezza with some cosmetic changes,. It comes with same 1.5 l engine, same build quality but there is a big change that is Toyota badging. Due to this Toyota badging you have to pay a premium for that. The ,Toyota glanza was a big failure, and Toyota Urban Cruiser will also have the same fate. Instead of doing these type of stunts , Toyota should bring cars which they sell in international market like ,Toyota Yaris hatchback, Toyota Corolla hatchback ,Toyota C-HR ,at some aggressive price . ,Kia is doing the same and Kia Sonet received almost 7k booking on the first day itself. They have so reliable car like ,Toyota Etios but it didn’t receive even a facelift forget about new generation,. They are just focusing on cars like Innova and Fortuner but they don’t understand that most of the car sales in India are from cars priced below 10 lakhs. Hope we’ll see some Toyota own build cars in future. Thanks!

With sky-high fuel prices largely to blame for the proliferation of small cars on UK roads, will electrification finally allow British consumers to afford to run larger vehicles?

Now that Toyota has officially launched their compact SUV 'Urban Cruiser' at ₹8.40 lakhs. Do you think the car will be a success in the Indian market?

Can we please please stop calling anything that has slightly more ground clearance than a sedan as a SUV? For reference this is what a real SUV does: And this is wannabe SUVs call “wading” If I am looking to buy a SUV, the questions I will ask the dealer is - does it have diff locks? give me wading depth. Give me approach and departure angles. Can I shift between 2H and 4H on the fly? I am unlikely to get an answer for this for Brezza or its clone Urban Cruiser. Now I love Toyota, have one, my daily runner, about 1.3 lac km, 16 years old. Nothing ever happens to it. It is a boring car but is a very reliable car. And it is pure Toyota. And what I like about Toyota India is they are extremely smart, super smart. Their market segmentation is very simple but effective. Do not get into the “plebeian” segment with thin margins and where you are likely to be killed by Maruti and Hyundai. For appearance sake, create cars like Etios, rebadged stuff like Glanza and make people believe we are active in all segments. While people are delusional about our presence in the entry segment, let us make a killing in the “politician” segment, i.e. Innova and Fortuner. Let the moolah roll in. Fat fat margins. Let us create an aura around the Toyota name and make the suckers believe that Corolla Altis is a premium sedan while we sell the same thing as “pleb class sedan” in USA. While we are at it, let us also introduce Yaris and price it higher than Vento TSI. What do you mean Vento is turbocharged petrol with more torque and has better DSG AT? Indian customer does not need those “things”. If I am looking for a no-fuss cars below 10 lakhs, I will go with Tata or Volkswagen.

What new vehicles is Toyota planning to launch in India?

Which sedan would be the most optimal in terms of style, performance, fuel efficiency and cost for driving in urban India (Kolkata and Bengaluru)?

I don't care about looks, what's the best affordable car that runs well and is low maintenance?

You should probably look into the stalwarts of quality long term, maybe Toyota, Honda, Hyundai and Kia are excellent as well. The american supply chain is a little less reliable but can be good. Look for extremely well maintained vehicles that are just a few years old and have maybe 50,000 miles or so, since much of the depreciation is gone by then, by 100,000 miles cars are really cheap usually sub-$10K but you risk a lot more maintenance work. Even very low mileage 3 year old cars can be excellent purchases for a 10 year hold period. Toyota Yaris for me was probably the most reliable low cost vehicle that existed in my 25 car + lifelong fleet. If you drive a ton of miles you should consider a hybrid vehicle both for fuel costs which are a big part of a vehicle’s running cost, and yes let’s try to save the planet, we are heading towards 2 Billion cars people. Supposedly the cheapest vehicle to run long term at many miles is the Toyota Prius. They are super-practical vehicles. I know many people that love the Prius, and a number of variants exist. If I was on a super-tight budget, had to get around a lot, I would and totally did not care how the vehicle looked, it would be a Toyota Yaris, or if I was doing a ton of miles, it would electric or a hybrid, most probably a Hyundai or Toyota Hybrid, from Toyota that means Prius, from Hyundai that means Ioniq. The Chevy Bolt is a more acclaimed vehicle than either of these if you really want an “electric” which for city movers could be a better choice. Depends on your habits, I live in the country and can’t depend on electric power charging. But in cities this will soon be the norm. And in many cities it already is… All electric is the way to go especially for the heavily urbanized world we continue to evolve to. We just need the $10,000 electric that basically tons of us will buy. I hope soon!

Which cars are best to use in Pakistan?

If you need a car that is good in bumpy roads and flooded roads then get a Toyota Landcruiser, Toyota Fortunner or Toyota Hilux. The Ford Raptor is too much of a show off car attracting attention. In poor urban neighborhoods of Karachi you might attract car thiefs and very prone to your car being stolen. If you are driving mostly in Karachi in different class neighborhoods from poor to rich and forfeit driving when it’s raining, I would recommend a Suzuki Swift, Suzuki Cultus or a Toyota Yaris or Honda Jazz (the Honda and the Toyota are called by different names as they are directly imported from Japan) was to keep a low profile. In Karachi, if you want to go premium but remain low profile, Toyota Corolla and Honda Civic are the cars to get.

Which is the safest family car in India?

Which car suits for lawyers in the price range of 10 to 12 lakhs?

The law profession is among the busiest professions around. As such, a lawyer needs to travel around in comfort to always be at the top of his game. Lawyers in urban areas)don’t have to subject their cars to bad road conditions, so they don’t need SUVs or crossovers, like everyone they talk to will suggest them (I hope this is true for you too). So, your options come down to sedans. Among them, you have two options - Hyundai Verna and Toyota Yaris. Both are immensely safe cars with modern features, some being segment-first features (Verna gets cooled seats up front which are not available even on a Rs 22 lakh+ Octavia. The Yaris comes with seven airbags as standard features (across all variants). Moreover, it has frown and rear parking sensors to help you maneuver and park your car with ease. Yes, they are not exactly cheap, but they both are the kind of products you can buy and live with for years to come. A thin to note is that while Hyundai offers three engine options (two petrol and one diesel), the Yaris offers one (a petrol). Take them both for a spin and decide. However, if you must have an SUV, opt for either the Ford EcoSport, the Tata Nexon or the Jeep Compass. Take them for a spin and decide. In all the cases mentioned above, do not forget to research the latest offers and bargain hard for a good deal on your purchase. Happy buying!