Take a look at this Volkswagen Arteon R-Line in Malaysia, sexy! 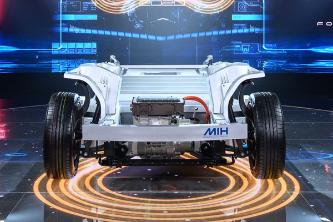 PTT, Thailand’s equivalent to Petronas, will be building EVs with Foxconn

PTT, Thailand’s equivalent to Petronas, has signed a Memorandum of Understanding (MoU) with Taiwan-based 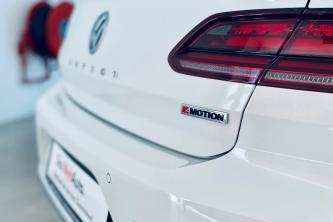 When we first sampled the 2020 Volkswagen Arteon, we noted that the Arteon could do with more power than 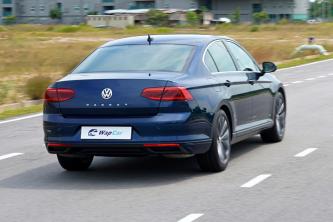 The current VW Passat sedan and Arteon will be the last

, the strategy targets a market share of more than 50% for full-electric vehicles by 2030.Under the VW

The second-generation VW Tiguan is a popular SUV here in Malaysia.

Yesterday, we saw the Malaysian launch of the swoopy 2020 VW Arteon after a long wait.

Pros and Cons: 2020 Volkswagen Arteon R-Line – If only it were as fast as it looks

2020 Volkswagen Arteon, what does RM 20k get you over the Passat?

The 2020 Volkswagen Arteon shares the same platform as the Passat, identical powertrain, and a very similar

See, talk about VW and you’ll most probably think of sedans (swoopy or otherwise) and maybe some

theres a high chance that will remain unchanged with this facelift.Malaysians received the pre-facelift VW

2021 VW Arteon facelift revealed, will we finally get it?

to 0 percent for locally-assembled cars while imported cars are taxed at 5 percent.Also read: Spied: VW

Volkswagen Arteon confirmed for Malaysia with a 2.0 TSI 190 PS engine

Volkswagen Passenger cars Malaysia (VPCM) have confirmed that the forthcoming Volkswagen Arteon, the

The Volkswagen Arteon is a Golf R with a boot, estimated prices: RM290k – RM310k

- Successor to the Volkswagen CC returns under a new Arteon name- Open for bookings, estimated prices

The new Volkswagen Arteon will be premiering on June 24, together with a shooting brake variant.

Special promos for VW cars this weekend, up to RM 4,000 in rebates

The event will also be run on all VW dealerships social media too.Passat Elegance pictured.Offers during

VW e-Beetle trademarked, iconic model to return as an EV?

That’s a whole new challenge that VW Motorsport found themselves facing.The results are…

The following is our VW Arteon review.To recap, VW Arteons power comes from a 2.0-litre turbocharged

With the VW Arteon, VPCM is gunning for the C-Class/3 Series – a stretch too far?

With a sleek fastback silhouette and coupe-style frameless doors, the VW Arteon is one of a kind.

VW and Bentley say COVID-19 will boost electric cars, VW to invest €33B

resulting from the coronavirus pandemic will accelerate the move to electrification.Christian Dahlheim, VW

Volkswagen Arteon is RM 130k cheaper than the Audi A5 Sportback, but better?

Everything is dialled up by 20 percent in the Arteon; the steering, throttle response, and suspension 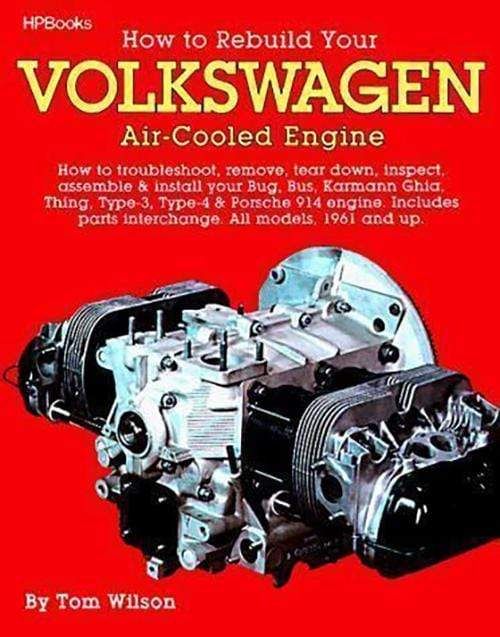 How To Rebuild Your Volkswagen Air-Cooled Engine (All Models, 1961 And Up)

This illustrated history celebrates the 75th and 70th anniversaries of Volkswagen's two most iconic vehicles, from the first Beetles spearheaded by Ferdinand Porsche in the 1940s to the buses that became synonymous with a generation. Volkswagen is one of the most beloved brands in motoring history, thanks largely to two instantly recognizable vehicles: the Beetle (a.k.a. Bug) and the Bus. More than 23 million VW Beetles have buzzed into the world since 1945, while the VW Bus presaged the minivan

How to Rebuild Volkswagen Air-Cooled Engine BUS GHIA How to Rebuild Your Volkswagen Air-Cooled Engine. Complete details for rebuilding air-cooled engines in all chassis from 1961 - 1983: HOW TO HOT ROD VW ENGINES Air-Cooled BUS BUG GHIA BOOK VOLKSWAGEN Get maximum performance from your Beetle, Karmann Ghia, Bus, Squareback or Fastback. Included are sections on engine swaps, aftermarket parts, and a comprehensive supplier index. Modify your engine for street, off-road, circle track or drag racing

Accentuate your Volkswagen pride in a cool way -- light it up and step out in style! COMPATIBILITY: We can provide these design for MOST VOLKSWAGEN Cars and Years, please select your car so we can send you the correct light fitting with your chosen design. This DIY kit provides your puddle lights an immediate facelift. Opening your door will reveal your chosen design projected on to the ground. The full effect of the LED projection is experienced at night. Power wires are provided with all light

Is there one secret about luxury cars that people should know?

Volkwagen Phaeton and Bentley, Source: Reditt You do not need to be an auto-insider to know that all that you see at first glance is just part of the whole picture. First of all many luxury cars are simply regular cars in better packaging. Take for example offerings from Volkswagen. Many platforms are shared, and there are glaring examples where there even is overlap between lower end models having more equipment than high brand value equivalents. The Volkswagen Phaeton, though very expensive and really more than a true luxury car was built on the same platform as a Bentley in it’s first generation,. Bentley also is a Volkwagen owned Brand. The Audi A8 also used that same platform. But the Phaeton actually was hand built and the Audi A8 was not. The Phaeton was in some ways more special than either of it’s stablemates. Back in the mid-2000’s this was done and really you could see the resemblance. The same was true for Volkwagen Toureg and the Porsche Cayenne. Today, they have gotten better at disguising this, as the platforms are already intended for this purpose of sharing, as opposed to before where new models had to adapt to the platform or architecture as variants were made. Sharing platform and architecture is just the beginnings of many things about luxury cars that are really not so well hidden much of the time. MQB Platform shared with VW and Audi. Source: Autoevolution. Engines are now very software dependent. So the same engine can be used, but it’s overall performance can be tuned out for lower level brand names. Of course there are a few mechanical items which also go missing, yet overall the software is the main component. Again, the Volkswagen Group comes to mind and especially their 2.0 Liter Turbo Engine. In an Audi it will produce more horse power than in a Volkswagen or Skoda. In fact even in the Volkswagen branded cars, the same power plant can yield 20% more power in an Arteon than a Passat. So it should come as no surprise that there are ways out there to increase power on a conventional Passat after purchase. Incredibly, one may find more features in a Mid Range car than with a Luxury Car that does not have all the option packages checked out. This includes safety equipment a lot of times, but the kind which runs on Aritfical intelligence and is computer dependent as opposed to design dependent. Luxury Cars which do not share platforms tend to have better crash designs and even without technologies like Lane Assist and Intelligent Cruise Control, they can still be better in accidents. Better steel may also be used in a Luxury Car along with gradation of steel densities to create optimal crash safety. Crash Safety, Landrover Discovery 2017, Euro NCAP. The place where there simply is no comparing is inside the car. Luxury Cars use better materials and better sound deadening. It is not the 1980s when Cadillac tried to re-badge a Chevrolet Cavalier as a Cadillac Cimmeron, though the car still sold fairly well. Today even entry level luxury cars, may employ hydraulic shocks and better vibration control. There is no denying most of the time, the ride is better and quieter. Handling may or may not be better, as a sporty mid range cars can easily better a Luxury Car with no sporting intentions. For most people, the driving experience of even an entry level luxury car will be better than a fully loaded mid range product. The reasons are found through out the car, but I notice the quality of the seat designs matter a lot, even if less room is available in the smaller luxury car. 2020 Range Rover Evoque Interior, with Ambient Lighting in Cloud color Combination. Entry Level Luxury Cars and SUVs may be the best balance of cost and sophisticated design for a person who does not require a large vehicle. In all reality most people do not use their brand new car for hauling large and potentially damaging items for the car. This equation changes if there are children involved, and then price differential makes buying a full size SUV from a Luxury Car Maker something to think about. The price difference between a Landrover Discovery Sport and a full size Discovery can be 20-30k in real world optioning. On the other hand they could go and get a Honda Passport for nearly the same price as smaller Discovery Sport. They are not comparable feature wise or in driving dynamics, but the Honda is still a very good product. The logic is the same for a BMW or Mercedes and they may be even more costly. Each person has their own reasons for buying the car they do. It is important to realize that there never have been more affordable entry level luxury choices as there are today, so if the needs and utility add up, the choice to for being in a prestige brand is not as big a jump as it was a generation ago. 2020 Landrover, Ranger Rover, Evoque.

What is your opinion about the Volkswagen Passat?

I rented a Passat 1.8t about three years ago, so it’s still basically the same generation. It was solid, had enough poke to get the job done, and was quiet as a tomb. It did everything it ought to do. But ,damn,, it was boring. It was like VW used the little car outlines they put on vent position controls as their style guide. They say that Camrys and Accords are appliances, but they’ve got ,nothing ,on the Passat. It’s got less soul than a two by four. So, yeah. If you want something that will carry you around and care about it being better to drive than a Camry and nothing else, I guess there’s nothing wrong with it (unless you want to keep it for 15 years, in which case VW’s reliability may end up costing you some money). But in terms of stirring the soul, well… look elsewhere. Personally, I’m intrigued by the new Arteon, which is the replacement for the CC (in the US it’s just the Volkswagen CC, not the ‘Passat CC’) that Bill Woodcock mentioned. That car seems to have a reason to live, and while I’m sure it’s going to come at a 5 or 10 grand premium over equivalent Passats, it might well be worth the upcharge.