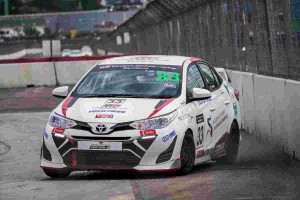 The Bandar Malaysia track is one of the fastest and longest ever constructed for the series. It features 20 corners and two long straights, the longest being 600 meters.It sets the stage for fastest street racing action so far in three seasons of the Toyota Gazoo Racing Festival. Higher speeds bring higher risks and that makes for an entertaining spectacle.For those unfamiliar with the Vios Racing Challenge, there are three categories: Sporting Class, Super Sporting Class, and Pro 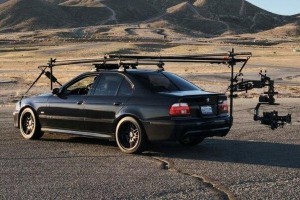 Remember this ad of the BMW M5 camera chaser car filming a land speed record car in the early 2000s? The ad was made to showcase the M5 as the “fastest saloon on the planet”. Fast forward to 2020, this ad has become reality as a video producer converted a BMW M5 into the perfect camera car.Dubbed “The Bavarian Ranch Hand”, this 2002 E39 BMW 5 Series M5 is a purpose-built camera chaser car capable of capturing car-to-car footages at speeds over 200 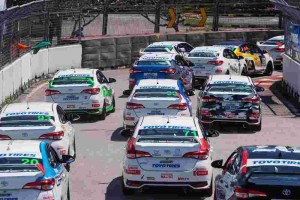 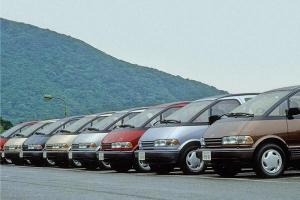 Supercharged, mid-engine, AWD - Here's why the first Toyota Estima is a modern classic

Toyota in the 1990s was on a roll when it came to producing some of the greatest cars of the modern era. Models like the A80 Supra, SW20 MR2, the Z30 Soarer and even the X90 Chaser/Mark II/Cresta became modern cult classics among car fans.However, there is another Toyota model from that period that should also deserve to be a modern classic. It was revolutionary in design, had some clever engineering, and more importantly for a Toyota, pretty reliable. I'm of course talking about the first g

Japan too has a problem with cars driving against traffic

The problem of motorists riding/driving against traffic is not unique to Malaysia, although your Facebook feeds will give you that it’s a growing problem confined only to Malaysia.Yesterday, a 35-year old man in Japan was killed when his Honda N-Box was hit head-on by a Toyota Crown driven by a 78-year old man who was driving against traffic.The incident happened yesterday 6-January, at 12.40 am at the Nishimeihan Expressway in Yamatokōriyama city, in Nara prefecture.The younger driver die 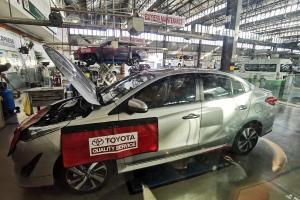 Regular service is part and parcel of car ownership, UMW Toyota (UMWT) aims to make servicing Toyota cars easier with the introduction of the Toyota Service Savers package.Toyota Service Savers (TSS) is a maintenance package that new Toyota owners can opt to purchase when they collect their new cars. UMWT has also made the package part of the Toyota EZ Beli Plan as an option.The TSS package covers all costs of the service in advance for the first 5 years from the time of purchase. This means an 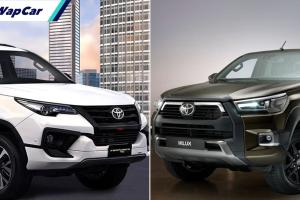 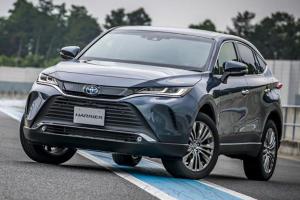 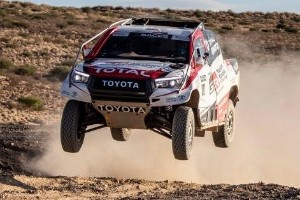 Toyota has quietly registered the GR Hilux name in Australia, hinting that the company could be injecting its Gazoo Racing goodness into the Hilux.The N80-generation Hilux has been rallying in the Dakar Rally since 2016While Australia is no stranger to high-performance pick-up trucks (much of the Ford Ranger Raptor’s development work was done in Australia), could the GR Hilux find its way to Malaysia?The Hilux won its first-ever Dakar Rally in 2019After all, Toyota Malaysia is promoting th 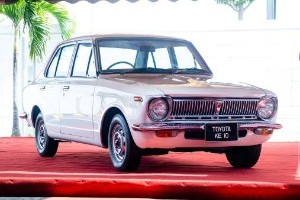 The Toyota Corolla nameplate is one of the most famous, longest-running, and best-selling nameplate in Toyota’s history, spanning a history of over 50 years. Currently on the 12th generation model, the Corolla name has its humble beginning in 1966 as a small, low-cost, and reliable family sedan, bearing the chassis code KE10.Two years later, the KE10 Toyota Corolla made its way to Malaysia, where it was assembled by Champion Motor Berhad located in Shah Alam, which subsequently renamed as 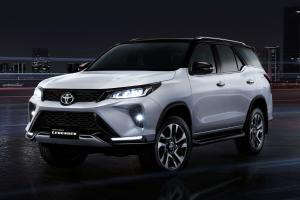 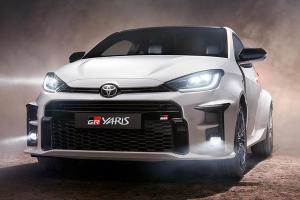 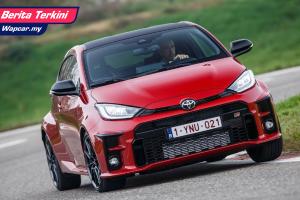 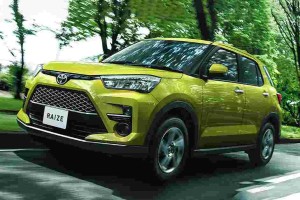 Earlier in the year, Perodua hinted that their brand-new Perodua D55L SUV is slated for a 2020 market launch. It’ll be based on the Toyota Raize/Daihatsu Rocky that are currently on sale in Japan.What about UMW Toyota Motor then? Will they offer the Raize similar to how they offer the Toyota Rush and Perodua Aruz side by side?Sources in UMW Toyota familiar to the matter gave a resounding no, the Raize will not be sold as a Toyota in Malaysia.This is largely due to the fact that UMW To 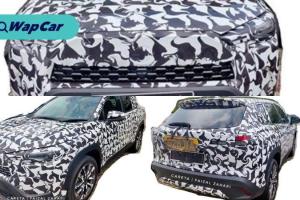 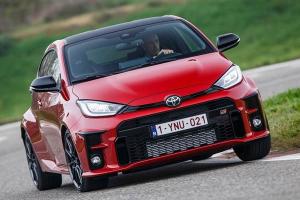 UMW Toyota will be launching a new model on 17-December. Typical of such pre-launch teasers, details are intentionally held back but the tone and manner of the communication suggests something youthful, emotional and sporty.So we can safely rule out cars like the Toyota Fortuner and Toyota Innova, both of which are also due for an update, following a similar refresh for the shared IMV-platform Toyota Hilux.Could it be the new updated Toyota Vios and Toyota Yaris then? Bookings are opened for bot 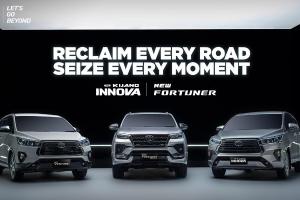 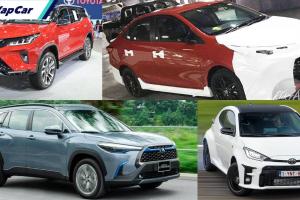 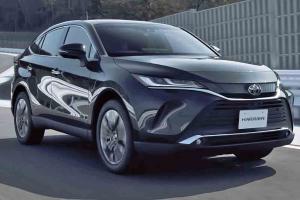 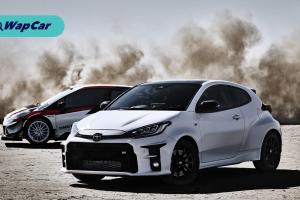 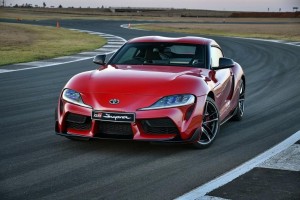 A90 Supra lineage shown Likely 3.0L straight-six with 340 PS Could be priced below RM 600,000Toyota Malaysia has dropped a teaser on its Facebook page, hinting that the all-new A90 Supra is coming soon.From what we gathered, we understand that Toyota Malaysia will introduce the all-new A90 Supra in September.Expected to be priced below the RM 600,000 mark, our Malaysian market A90 Supra will likely feature a 3.0-litre turbocharged straight-six petrol engine that outputs 340 PS between 5,00 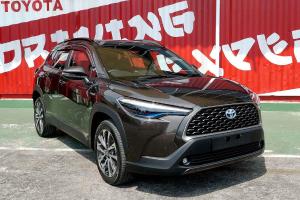 Following its debut in Thailand and Vietnam, the Toyota Corolla Cross has just been introduced in Indonesia, the third country in the region to receive Toyota’s latest SUV.For the Indonesian market, the Toyota Corolla Cross is available with two powertrains: a 1.8-litre naturally-aspirated petrol engine that does 140 PS and 175 Nm and a 1.8-litre petrol-electric hybrid that does a combined system output of 122 PS.Both engines are paired to a CVT-type automatic transmission (planetary gears 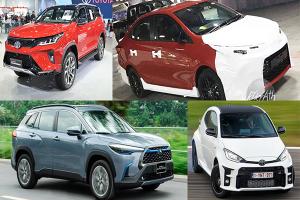 Toyota Vios GR Sport to Corolla Cross - here are the Toyota cars coming to Malaysia in 2021!

2021 is fast shaping up to be a very exciting one for Malaysias automotive industry. Other brands notwithstanding, lets take a look at what new cars we can expect from UMW Toyota Motor (UMWT) in Malaysia in 2021.All-new 2021 Toyota HarrierPictured here is the Japan-spec Harrier.The fourth-generation Toyota Harrier is an all-new model, built on the Toyota New Global Architecture (TNGA) platform (TNGA-K to be exact, like the Toyota RAV4).In Japan, powering the Harrier are a choice of two powertrai 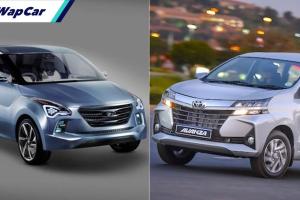 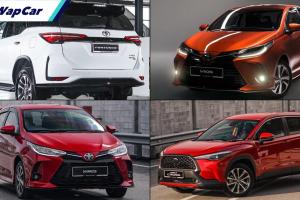 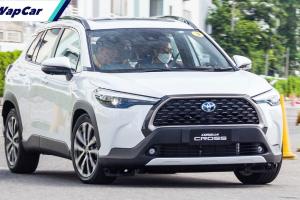 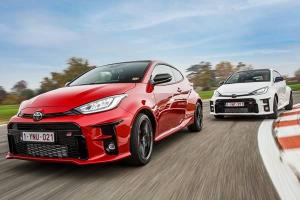 The 2020 Proton X50 is Malaysias hottest car, but the world could not be any more hyped about the 2021 Toyota GR Yaris. The best part? Its now somewhat closer to us Malaysians.Headlightmag reports that the rally car for the road will be introduced in Thailand next month at the 37th Thailand International Motor Expo that takes place from 1- to 13-December 2020.The hot hatch will also be open for Thai customers then as well. Prices have not been disclosed, but its fair to say that itll command qui 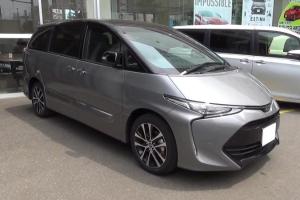