Home > News > For a secure future, carmakers are selling their soul to software giants

For a secure future, carmakers are selling their soul to software giants

For the first time in the automotive industry’s 130-plus years history, car companies are not competing against each other, but are instead facing the fight for their lives with rivals they know little about.

The competition is no longer between Volkswagen Group and Toyota Motor group for the sales volume crown, or between Mercedes-Benz and BMW for technological superiority.

This new group of rivals don’t come from traditional motor cities of Aichi, Ulsan, Detroit or Munich, but from tech start-up hubs of San Francisco and Shenzhen. They are the Googles, WeChats and Huaweis of this world. 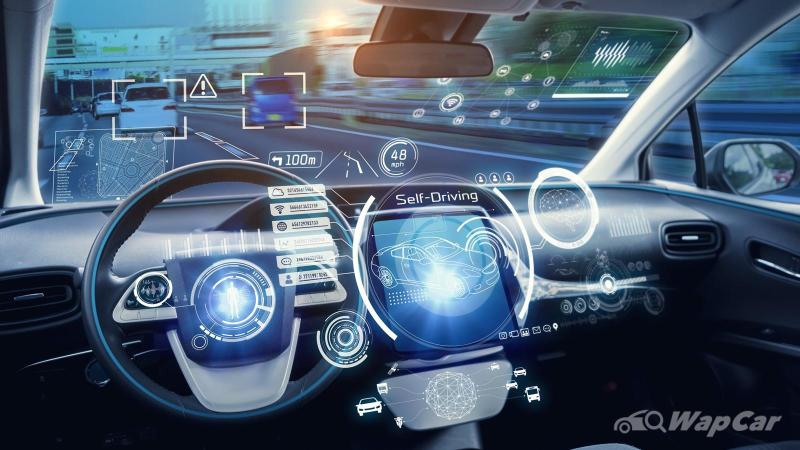 The cars from these new rivals are all electric, and soon will be self-driving too, built by millennial engineers, some who don’t even have a driver’s license (because driving license is so 1990s?)

Think this is joke? Well Volkswagen and Toyota do not find it funny at all.

In China, which is the world’s biggest EV market, the 84 years old VW is being played like a fool by a 7-year old Chinese called Nio, basically China’s equivalent to Tesla. 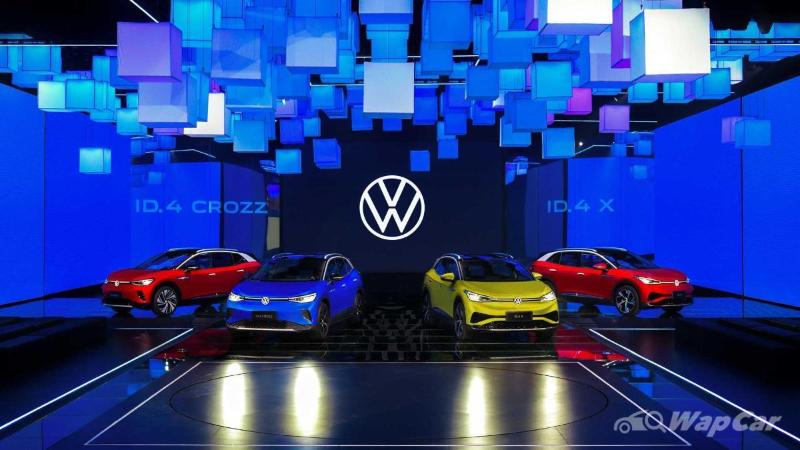 When Volkswagen launched its ID.4X and ID.4X Crozz electric SUV in China, it was a colossal failure, netting just 4,163 units in sales from January to May 2021 – an irrelevant sum in China. 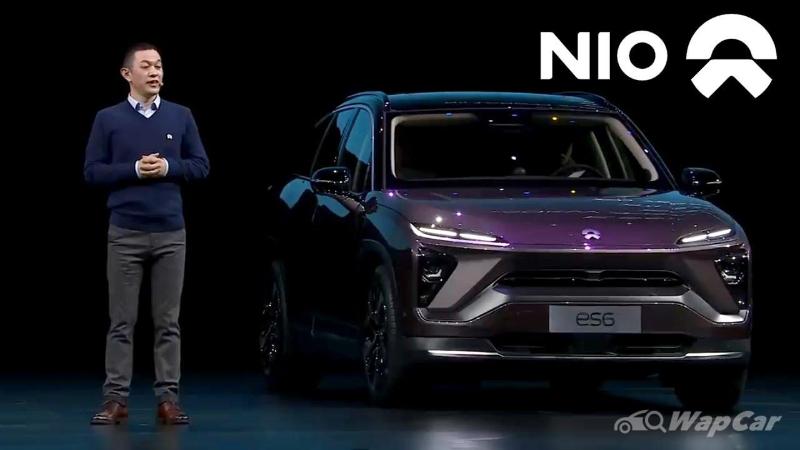 Nio is founded by William Li, who has zero experience in cars. Instead, Li’s background was founding BitAuto, China’s leading automotive website.

The also 84 years old Toyota Motor’s C-HR EV and its Izoa twin, which was launched in China in April and May this year respectively, did no better, selling just 327 units and 880 units.

How is it that the two leading car companies who set the gold standard with their Golf and Corolla models, end up being bullied by a company of IT geeks from China?

Volkswagen’s ID.4 might be Europe’s best-selling EV, but that’s because European car buyers don’t know any better. Chinese car buyers have more options in EVs, and are a lot more exposed to EVs.

Hou Yan, 35, a white-collar executive in Shanghai, said in an interview with Hong Kong’s South China Morning Post, “In a digitalised world, we no longer care about horsepower,” she said. “I am just hesitant about whether to buy a Tesla or a Nio or Xpeng.”

For many Chinese tech entrepreneurs, a traditional car company brand doesn’t rank very highly on their list. A Tesla is the one to have, never mind its shoddy build quality and questionable safety record.

Horsepower is not important anymore. How did this happen? Where did it all go wrong?

Volkswagen says an EV has 1,000 less parts than a regular combustion engine car, 3000 versus 4,000. This in turns lowers the barrier of entry for newcomers.

Also, there’s not a lot of difference between one EV to another.

All electric motors work more the same, some more powerful than others. With the heavy battery mounted on the floor and thus concentrating the vehicle’s mass as its centre, there’s not going to be huge differences in handling characteristics either. 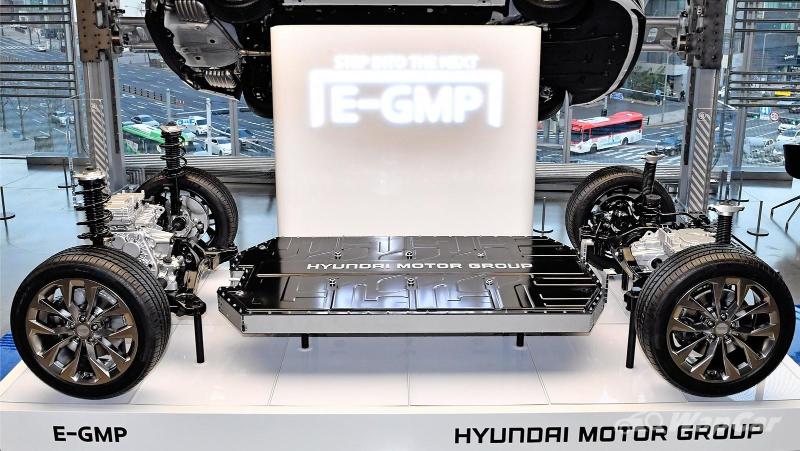 What differentiates one EV from another are driving range, user interface, precision of its self-driving driving function – all heavily reliant on software.

Battery chemistry plays a role in battery service life but not by much. Battery cooling hardware is also rather generic these days. What makes battery A more reliable than battery B is not the hardware, but the software controlling the individual cells. 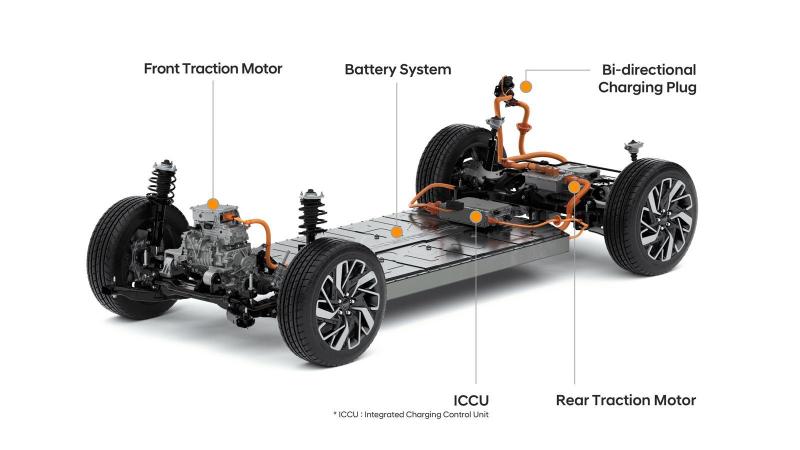 Likewise for self-driving functions. High resolution ADAS cameras and distance-calculating Lidar hardware can be bought off the shelf.

Software, not mechanical design, is the main battlefield for the next-generation cars. In short, the core competencies of a car company is being chipped away.

All traditional car companies’ products are limited by the number of licensed-drivers on the market. It also indirectly limits how carmakers think.

A tech company on the other hand, sees everyone in the population as a potential user, that's a massive shift in worldview. For Google (to be specific, it’s Waymo), even a toddler is their customer.

Consider the statistics in China. There are 397 million licensed drivers but a self-driving car has a potential to reach another 1 billion users! Thus explain the motivation for self-driving car products.

This is why 2,000 out of Huawei’s 5,000-plus staff strong R&D division are assigned to work on driverless cars. Huawei is putting USD 4 billion into development of HarmonyOS-based solution for driverless EVs. 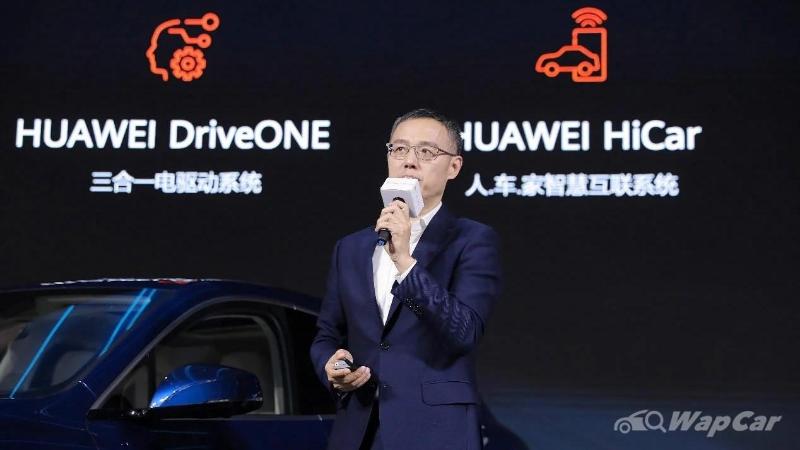 Huawei however, will not be building the cars themselves, but have instead partnered with the likes of BAIC’s Arcfox and Seres (SF Motor) – names that foreigners won’t know.

In fact, Huawei has repeatedly mentioned that it has zero interest in making cars, only supplying technical solutions for the next-generation cars.

Why? Because manufacturing a car is nothing like putting together a phone. The legal liabilities are heavy and capital investment required is enormous.

Unlike a smartphone, when a car fails, people might die.

Traditional car companies are not going away, not so soon

There is one salient fact that no software giant can ignore. Cars operate in the real, physical world, and they need to be put together at great scale.

Nio can do well in China but can they do the same overseas? Can they produce at the scale VW and Toyota is doing? 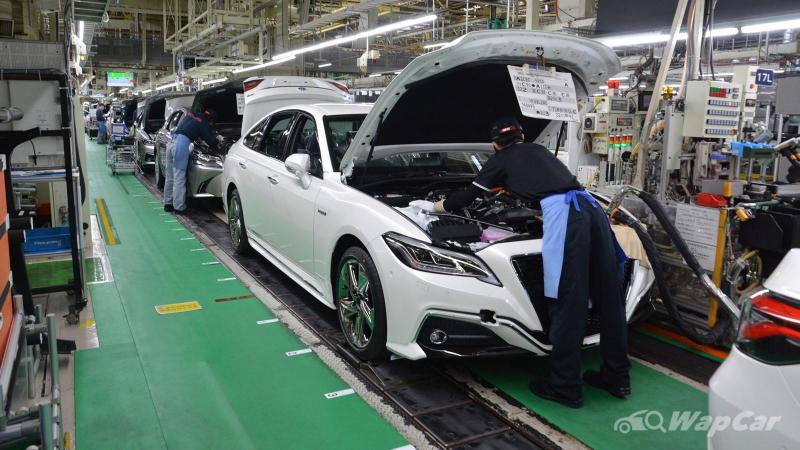 Toyota knew something Musk didn’t – robots are only as good as the people that build and teach it. It is for this exact reason that Toyota is, and will continue to be the world leader in manufacturing.

Carmakers are selling their soul to secure their future

Not all car companies are brave enough to step into this unknown future on their own.

GM has teamed up with Microsoft and Cruise to work on self-driving cars, while Ford and Volkswagen have partnered with Argo.ai.

But in doing so, they risk selling their soul, or worse, becoming a tech company’s sub-contractor, or in Internet parlance, becoming their ‘bitch.’

The one who makes generic hardware is always at the mercy of the one who controls the intellectual property, which in this case, is software. Think Foxconn and Apple.

Some carmakers don't see it that way though. Geely has since tied up with Foxconn offer contract-manufacturing services for other brand’s EV.

Over in Korea, Apple’s negotiations with Hyundai failed because - and this is depending on which version of the account you listen to - Apple demand that the Hyundai-made car wear the Apple brand, something that’s unacceptable for the fiercely independent Hyundai. 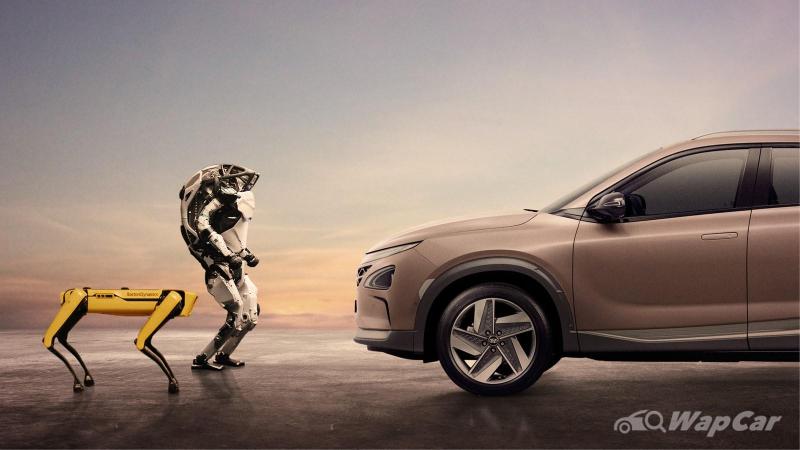 Hyundai walked away from Apple and purchased Boston Dynamics, a maker of AI-enabled humanoid robots. It’s a brilliant move.

Why worry about driverless cars when there is a company that already makes robots that are smart and agile enough to explore caves!

With this, Hyundai’s control over its soul, its software, is secure.

China’s SAIC Motor, a long-time Chinese partner of GM and Volkswagen as well as owner of the MG, Maxus marque, echoed Hyundai’s opinion.

Unlike Geely, SAIC’s chairman Chen Hong told investors that cooperation with the likes of Huawei is unacceptable.

"It's like having a company that provides us with an overall solution. In this way, it becomes the soul, and SAIC becomes the body. For such a result, SAIC cannot accept it, and must take the soul in its own hands." Chen said.

Like Hyundai’s Boston Dynamics deal, SAIC has invested in Horizon Robotics, but results will taking longer to materialize and investors are feeling uneasy.

Comparisons with Geely’s fast-paced development by Baidu and Tencent are inevitable. 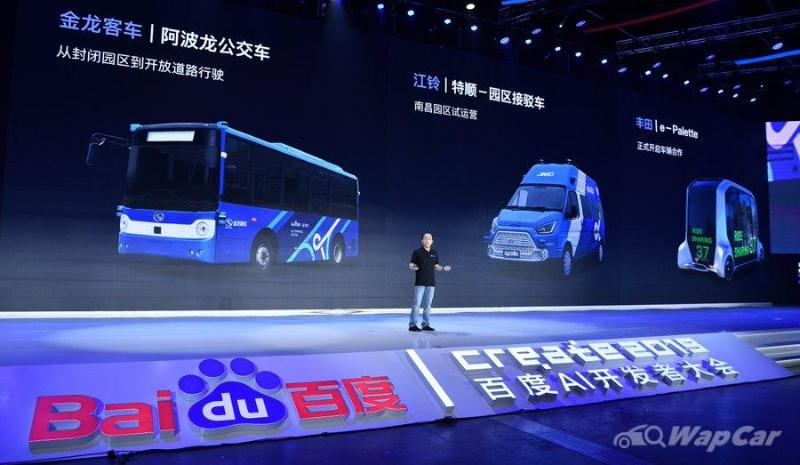 Following the controversy, SAIC clarified that the company is still cooperating with Huawei on many more areas.

Chen’s stance might be unusual in China but many bigger names in the global car industry would agree with his opinion. 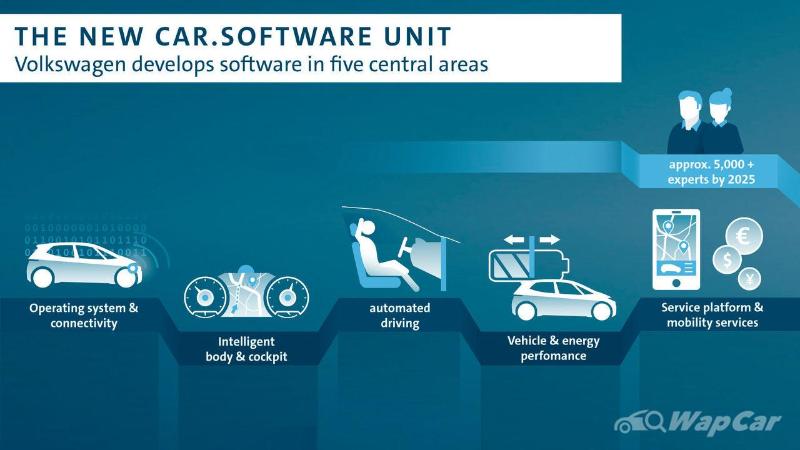 A teaser video for the New Auto presentation had the following captions – We design, we engineer, we code, we produce. The caption ‘We code’ is important, because this is something new.

Currently, Volkswagen makes just 10 percent of the software in its cars (most likely limited to engine and transmission control).

The company has since setup an in-house Car.Software unit. Its CEO Christian Senger says by 2025, Volkswagen Group’s share of software in its cars will be increased to 60 percent.

“Some car manufacturers enter into close development partnerships with large IT groups, while others concentrate on pure vehicle construction and buy additional software. It’s out of the question for us. We can and we want to develop our software platform ourselves,” said Senger.

“Volkswagen wants to retain control of the entire vehicle architecture – that includes the electronics. This is the only way to ensure long-term competitiveness. For this reason alone, we cannot give third parties complete access to data in our vehicles. Future digital value creation should remain within the company,” he added.

Toyota too, is preparing for the post-car world, not by relying on Google or some Chinese tech unicorn start-up, but their own Toyota Research Institute-Advanced Development (TRI-AD) – which has since been rebranded into Woven Planet.

Of all the projects undertaken by car companies, Woven Planet is the most ambitious because it’s not just about driverless cars, but city management and all forms mobility, single-seater electric pods, humanoids robots included.

Woven Planet is building the Woven City project, repurposing the grounds of its closed down Higashi-Fuji plant build a model city of the future, one that is 100% powered by clean energy, serving as a living laboratory for Toyota’s future mobility solutions.

As a ‘privately owned’ city, Woven City has far more freedom to test out new technologies in the real world than local city councillors and their bureaucracies would normally allow.

The decades between 2030 and 2050 will see the end of combustion engines, and many major car markets will only allow EVs.

There-in lies the conclusion of this article, life for all car companies as we know it will soon come to an end and they will have to find new purpose.

Only a handful will survive this transition. Some will find new purpose as a mobility company, others will be mere contract manufacturers controlled by software giants.

Meanwhile, Malaysia is still clinging on its quasi-national car industry, with protectionist policies born out of the ‘80s.