HomeNewsVideo: This Tesla is powered by Honda. We wish we were joking

Video: This Tesla is powered by Honda. We wish we were joking 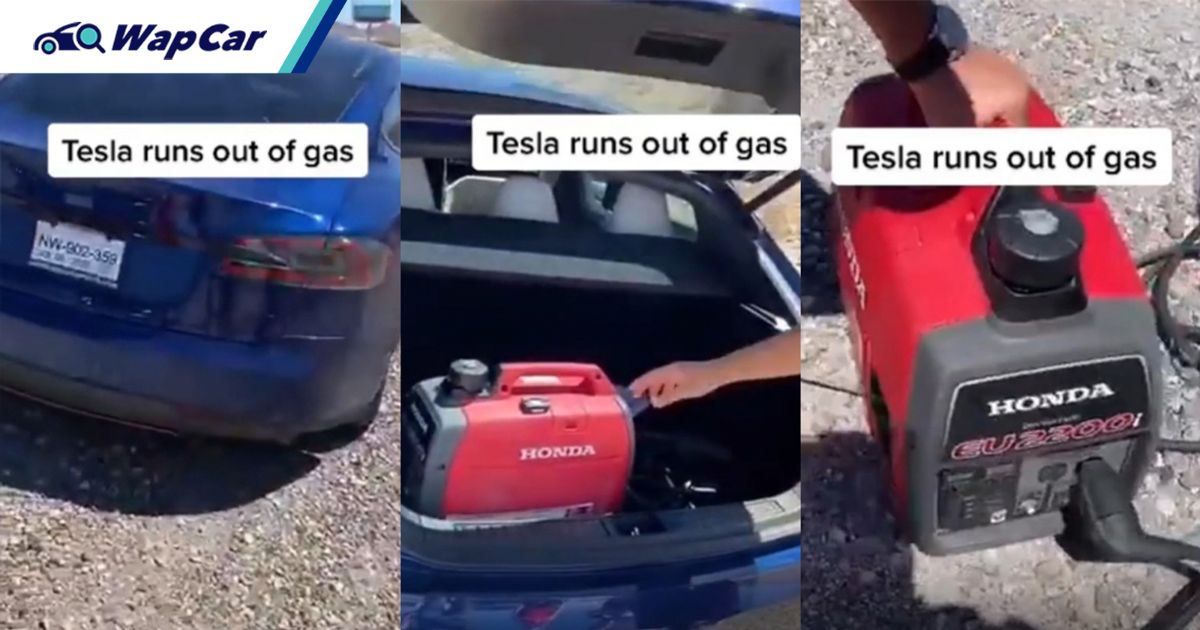 We know Honda powers many different things, from the Red Bull Racing F1 team to speed boats and jets. The last thing we ever expected is to see a Honda-powered Tesla. And this is exactly what this guy discovered.

In the video, a man came across a Tesla that had run out of battery and the owner was trying to recharge his car with a tank of petrol, or gasoline in American terms.

Unable to understand how the car owner was going to charge his Tesla with petrol, the videographer asked for an explanation only to discover that the owner has a Honda electric generator that runs on petrol in the boot!

And that’s not all, in part 2 of the video, when asked how long he needed to charge the Tesla up, the car owner replied that five minutes would be enough to get him to the next petrol station instead of a charging station.

Also read: Tesla signs 5-year contract worth USD 5b with Indonesia to buy nickel for its batteries

This has left the people watching and the videographer completely flabbergasted. We are too as we wondered why he bothered purchasing a Tesla in the first place.