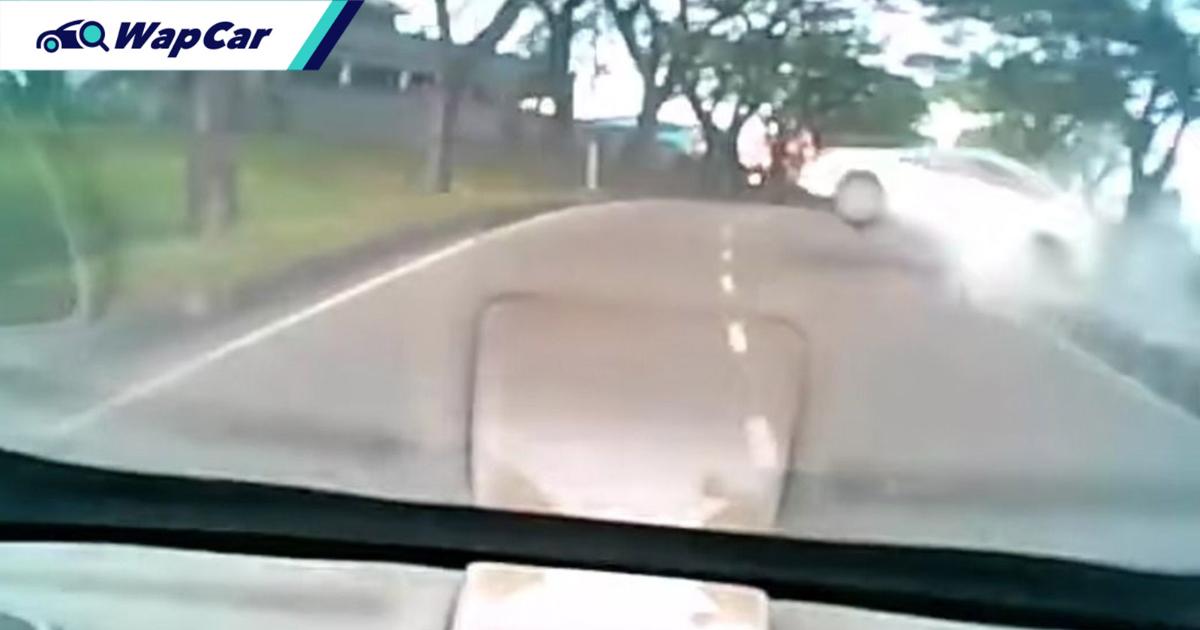 A dashcam footage went viral on social media showing a white Honda Civic from the opposite lane speeding into an oncoming Grab food delivery bike in Kulai, Johor. Unfortunately, the 33-year-old delivery rider was killed.

Kulai OCPD Supt Tok Beng Yeow has said that the incident occurred at about 5.50 pm on Tuesday (20-July), after the 29-year-old driver lost control of his Civic. Investigations revealed that the driver was speeding on the left lane before trying to cross lanes.

It eventually hit another car in the right lane which caused his Civic to veer into the oncoming lane where it hit the delivery rider. 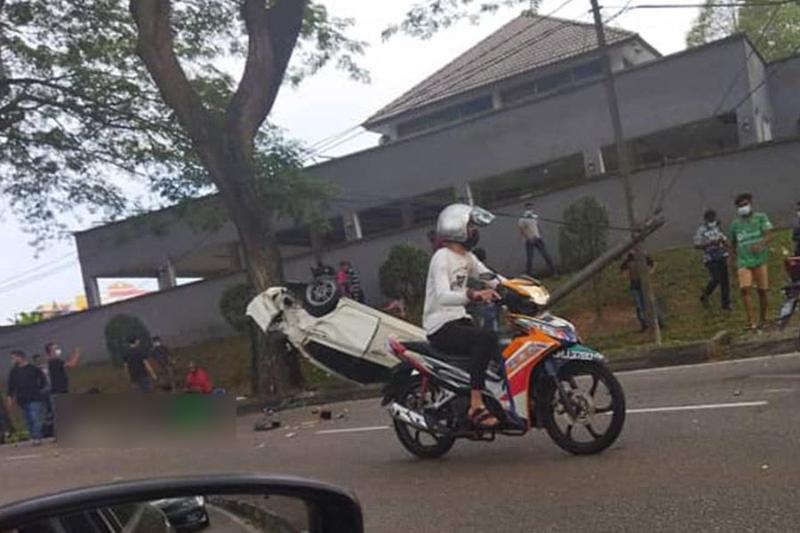 The delivery rider suffered head and body injuries and was pronounced dead at the scene by a medical team from Kulai Hospital. The driver of the Civic was injured and taken to the Kulai Hospital for treatment.

Meanwhile, the driver of the car in the right lane was unhurt. The case is investigated under Section 41(1) of the Road Transport Act 1987 for causing death by dangerous or reckless driving.