Home > News > Ignore hybrids to focus on BEVs? This is what Geely’s EV expert thinks

Ignore hybrids to focus on BEVs? This is what Geely’s EV expert thinks 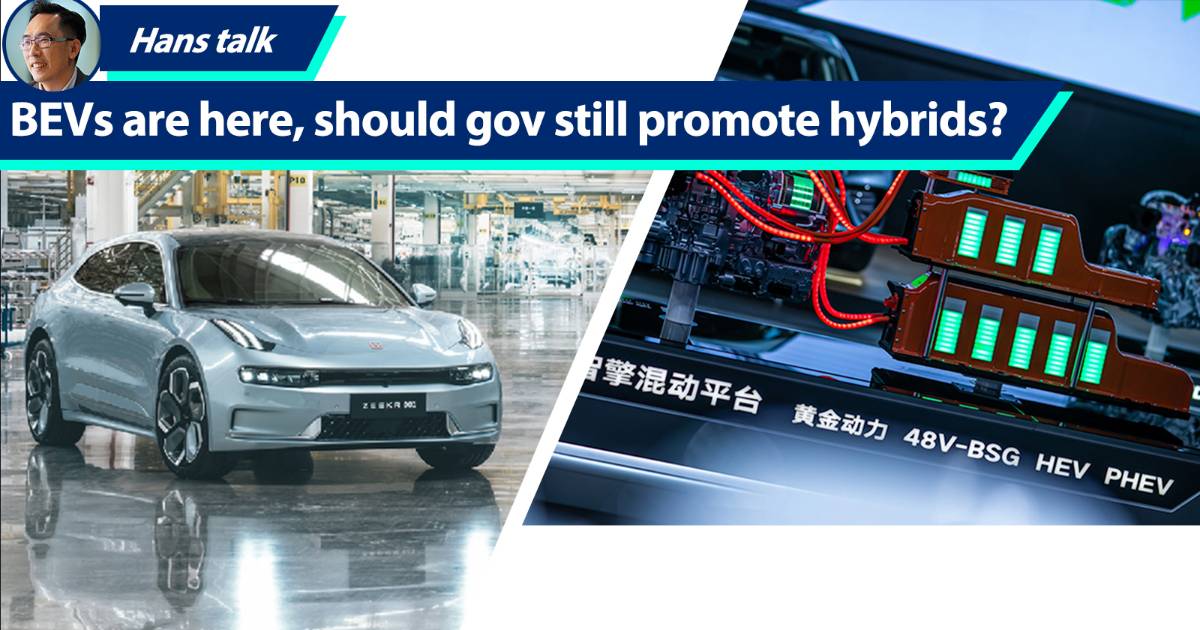 If a country wants to make significant reduction in CO2 emissions, hybrids must be part of the plan even though battery electric vehicles (BEVs) are cleaner. This is because production of BEVs are limited by shortage in battery supply and since hybrids use smaller batteries, they can be rolled out at a scale that BEVs can’t match, and thus achieve faster real-world results.

As counterintuitive as it seems, this is not the opinion of someone foolishly delaying the inevitable end of combustion engines, but by an electric vehicle expert at Geely’s China Euro Vehicle Technology (CEVT).

Johan Hellsing is the Principal Expert for Motion and Energy at the Gothenburg, Sweden-based China Euro Vehicle Technology (CEVT) centre. Hellsing has nearly 25 years of experience developing electric motors and transmissions, since 1998 with the Volvo Car Group, before moving to CEVT.

“My clear opinion, which I have said many times, is that the bottleneck to electrification is access to batteries (total available supply),” he told WapCar.my during an online interview late last week.

Germany’s Centre for Automotive Research predicts that once the semiconductor shortage stabilizes, the auto industry will soon have to grapple with shortage of minerals for batteries by 2023, after which the industry risks having to cut output by up to 4.4 million BEVs.

However, supply is expected to catch up with demand by 2030, when more mines and battery plants become operational – still in time for the planned phasing out of combustion engines by 2035 in Europe.

Hybrid vs BEV, a toxic debate

Soliciting fair and technically sound opinions on electrified drivetrains is fast becoming like religion. Nobody can foretell the future (or the afterlife), but many speak with great conviction that their belief is the universal truth. 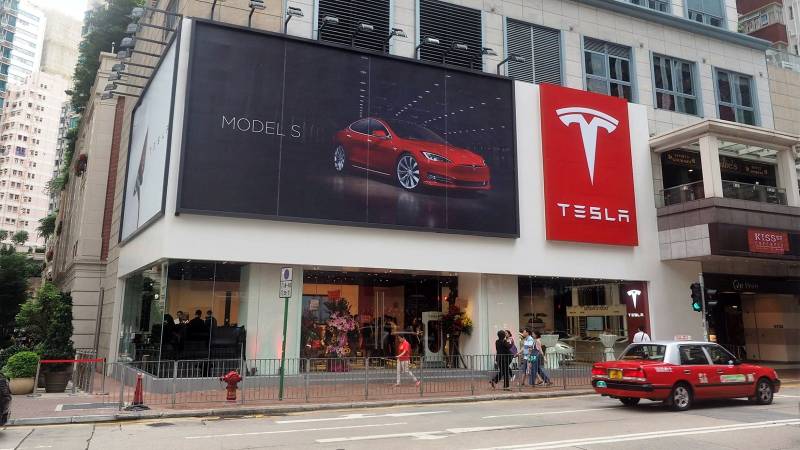 On one side of the divide, BEV start-ups are pitching to investors that their vision of a BEV-only future is the only valid one and that all forms of government support for green vehicles must go solely to BEVs.

They and their far-left leaning, anti-establishment band of fanatical followers, especially Tesla worshippers in the US, also claim that hybrids and fuel cells are a conspiracy by ‘legacy’ automakers trying to delay BEVs.

Leftists: Hybrids are a conspiracy by traditional oil and car companies

At the other side of the divide are the traditional automakers. The likes of Hyundai, BMW, Toyota, Geely, and most recently Audi (it just formed a fuel cell research team) are saying “Hang on, the numbers don’t add up.” 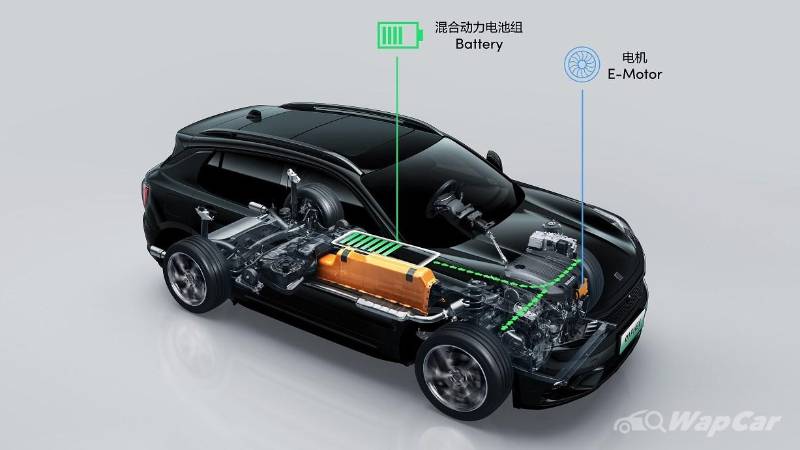 Far-left leaning critics claim that this is because ‘legacy’ car makers have vested interest in combustion engines and will naturally use their vast resources to lobby the governments of the world to include hybrids (which still need combustion engines) and hydrogen fuel cells (which is favourable to oil companies) in their carbon neutrality objectives. 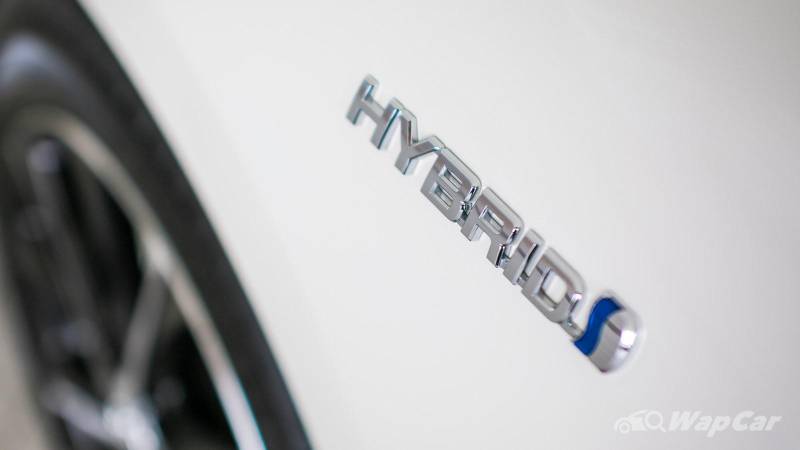 China says it is impossible to convert all cars on Chinese roads into BEVs and have resisted a European Union-style total ban on combustion engines.

Instead, China’s CO2 reduction targets clearly states that 50 percent of all new passenger cars sold from 2035 onwards must be hybrids, with the rest being either plug-in hybrids, battery electric vehicles, or fuel cell electric vehicles.

Elon Musk says fuel cells are fools’ cells but the BEV-centric China is pushing ahead to promote the supposedly ‘mind bogglingly stupid, not based on science’ hydrogen fuel cells, for the simple fact that China can’t meet its renewable energy targets without using hydrogen as an energy storage solution.

Many don’t realize that solar and wind power are highly unreliable, because it’s dependent on weather conditions. Some form of energy storage solution is necessary to store excess energy so electricity can still be supplied in peak electricity demand periods.

The logical solution would be to use batteries (or even recycled xEV batteries – a very complex, manual labour-intensive process that the industry hasn’t quite solved) but there just isn’t enough batteries to go around. The last point is very important.

This is why China is developing hydrogen fuel cells. Hydrogen is an easy solution to store energy, as explained by the Hyundai Motor Group here.

It’s not about not having enough battery manufacturing plants (although that is also a factor), but about being able to source enough of the necessary minerals needed to make batteries – a problem which even the biggest Chinese battery manufacturers are now struggling with.

This is the crux behind Johan Hellsing’s rationale that hybrids cannot be dismissed (yet), and are far more effective than BEVs in achieving rapid cuts in CO2 emission.

BEVs are better but how many can the world make today?

“No, hybrids are not a compromise. It’s a different solution for different purpose. Toyota has been promoting this (hybrid) the most. It works. It’s not a technology to be afraid of in any sense. You implement in society as just a regular car, and it has the advantage of 20, maybe 30 percent lower fuel consumption. That technology is reliable,” said Hellsing, when asked if he agrees with the opinion that hybrids are a compromise and the world should skip hybrids and jump straight to BEVs.

Earlier this month, Toyota’s Chief Technology Officer Masahiko Maeda said in an investors’ briefing that the cumulative number of Toyota hybrids have reached 18.1 million units (since 1997) globally, and because hybrids are used on a much wider scale while using smaller batteries, their impact on CO2 reduction has been a lot greater – equivalent to that of 5.5 million BEVs, but using equivalent battery volumes of about 260,000 BEVs

In simple terms, one Toyota hybrid has the equivalent effect of 3 BEVs, and that batteries needed to make 260,000 BEVs, when used on hybrids, can have achieve the CO2 emissions reduction effect equal to 5.5 million BEVs.

Of course, since this is Toyota’s claim, Elon Musk's worshippers will call it a bluff.

Interestingly, although Hellsing spends most of his professional life working on electric vehicles, he drives a plug-in hybrid.

In his view, plug-in hybrids should be encouraged because it makes the act of plugging vehicles for charging a norm for society faster than if we were to hope for a 100 percent electric jump. 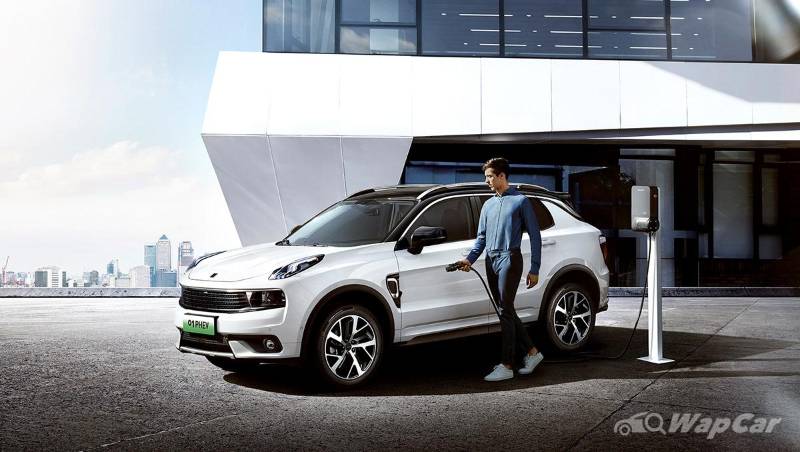 “When it comes to plug-in hybrids, people say it’s the combination of bad things of both combustion engines and EVs but I would like to be more positive to it. I have it myself. For the short trips, you run on electrical power and for long trips, you are never limited by charging infrastructure.

“For a country, on a big (macro) level, I see the advantage that you can implement vehicles with the capability of being charged, you implement the electrification sequentially, instead of (a big jump) 100 percent electrification with BEV. And also, the very good thing with plug-in hybrids is that the battery is maybe just a quarter of a BEV, so you get vehicles which has charging capability out on the market much wider,” said Hellsing.

Hybrid batteries are less reliable than a BEVs?

When asked if it’s true that batteries used in hybrid and plug-in hybrid vehicles are less reliable than BEV because of their more frequent charge-discharge cycles, Hellsing says Toyota’s 20 years of market-proven reputation with hybrids is enough to conclusively answer that question.

“If you are talking about plug-in hybrids, then it’s closer to a BEV, but you also have different battery technology for different use. So a BEV battery in a hybrid is not a good solution. You really have to pick the right choice of battery,” said Hellsing.

Geely: All alternatives will be explored

Geely’s insistence to continue develop hybrids in parallel with BEVs will certainly attract criticisms from far-left leaning BEV fans, who insist that all car companies must go 100 percent electric. Anything short of that would mean that they are part of a conspiracy with Big Oil.

In truth, Geely’s commitments towards BEVs is greater than even Hyundai or Volkswagen, because Geely has BEV models for both the upper- and lower-end of the market.

Since Geely also supplies BEV models to China’s leading ride-hailing app CaoCao, it can be said that Geely’s real-world data for electric vehicles is greater than even Volkswagen’s or Hyundai’s. Every day, CaoCao has more than 40,000 Geely electric taxis operating in over 30 cities in China.

At the same time, Geely doesn’t want to limit its options only to battery electric vehicles. It wants to offer a full range of electrified options. 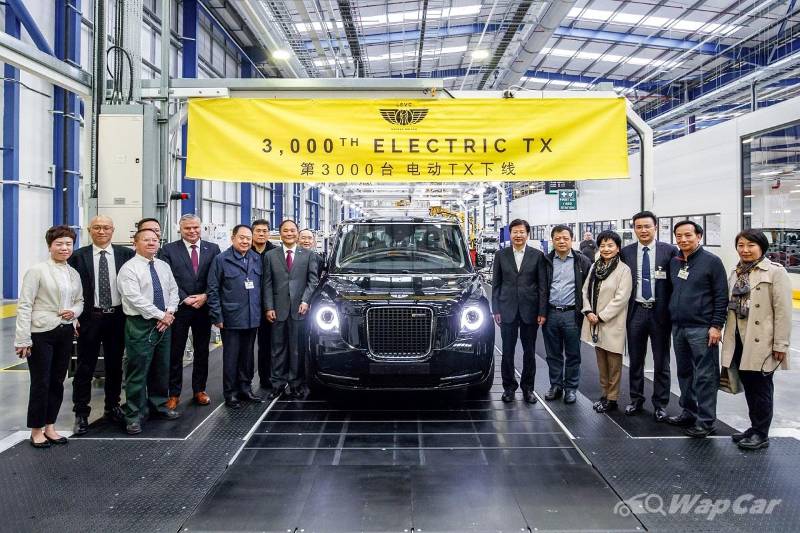 The electric-only Geometry brand has 3 models, while the flagship Zeekr has one.

Geely also has this wild ambition of trying making methanol synthetic fuels using CO2 captured from volcanoes! It is working with Iceland’s Carbon Recycling International (CRI) on this.

In essence, Geely believes that it is possible to trap CO2 emitted by semi-active volcanoes, and turn it into methanol fuel that can be burned by conventional combustion engines. How crazy is that?!

There are many pathways to carbon neutrality, and nobody knows what the future holds, which is why Geely’s EV experts like Johan Hellsing don’t have the word ‘EV’ in their job titles, but Motion and Energy – because that’s essentially it all boils down to, how to move goods people, and where is the energy going to come from.