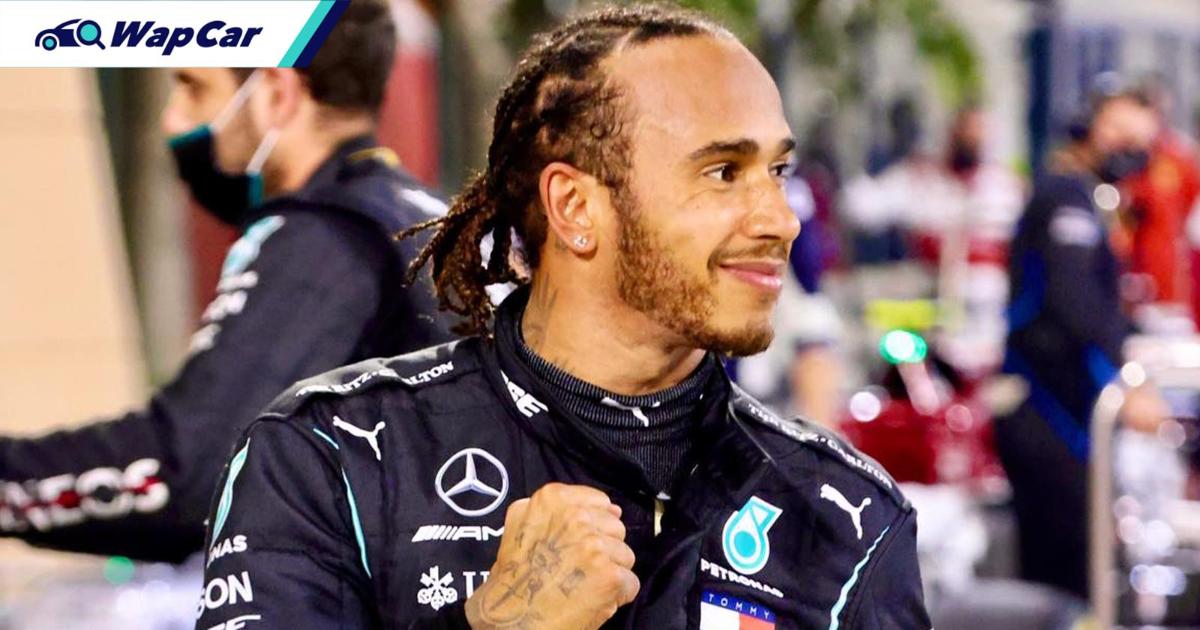 The Mercedes-AMG Petronas F1 Team has confirmed that 7-time Formula 1 World Champion Lewis Hamilton has tested positive for Covid-19. Hamilton will miss the Sakhir Grand Prix this weekend (5 December 2020) and most probably the Abu Dhabi Grand Prix on the following week. 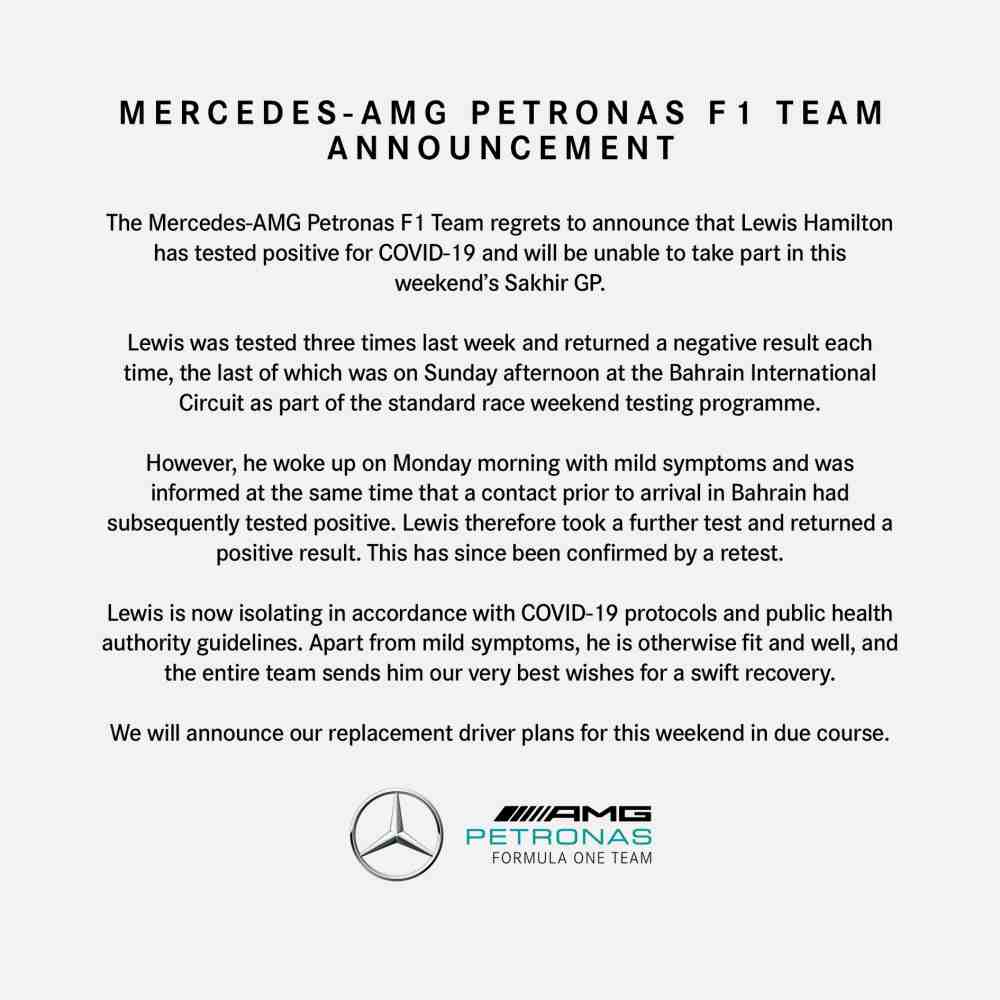 According to Mercedes, Hamilton was tested 3 times last week, including on last weekend’s Bahrain GP race day itself, but each test had returned negative.

But the 2020 World Champion woke up on Monday with mild symptoms. He was then informed that a contact he met up with before he arrived in Bahrain had tested positive. 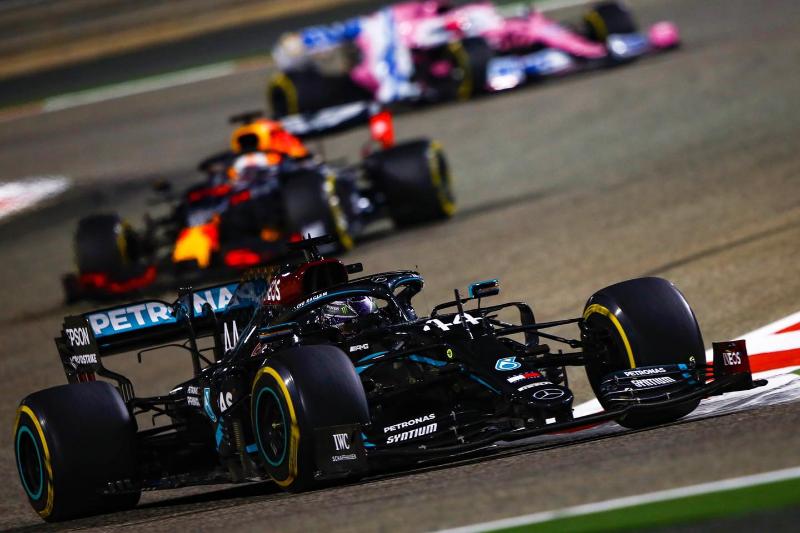 Hamilton was then subjected to another Covid-19 test which returned a positive result. He is now isolating in accordance with Covid-19 protocols and public health guidelines in Bahrain.

Close contacts of Hamilton are being retested following his positive test result. Fortunately, the Mercedes team reported that apart from mild symptoms, the Briton is otherwise fit and well. 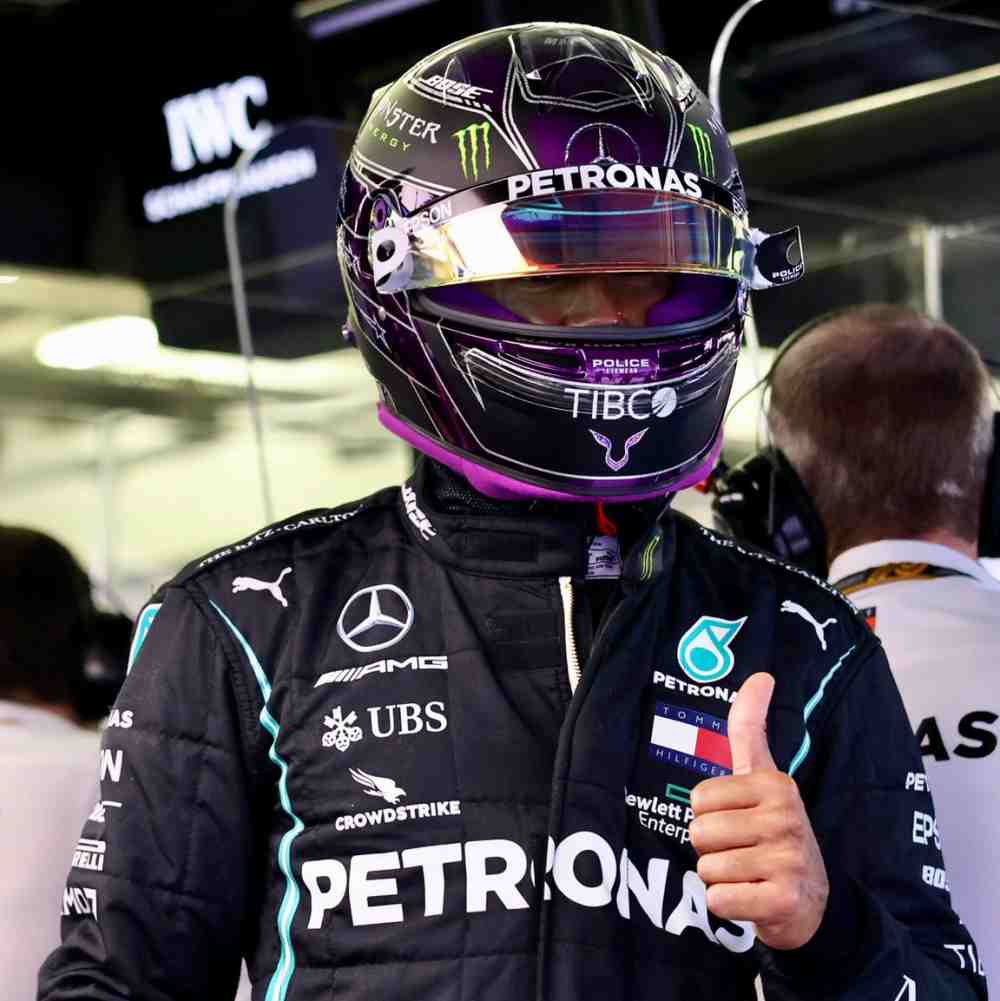 Hamilton is the third driver to have tested positive for Covid-19 this season, following Sergio Perez at Silverstone and Lance Stroll in Germany.

Mercedes has yet to announce who will replace Hamilton in the following race but have confirmed that they will do so in due course.