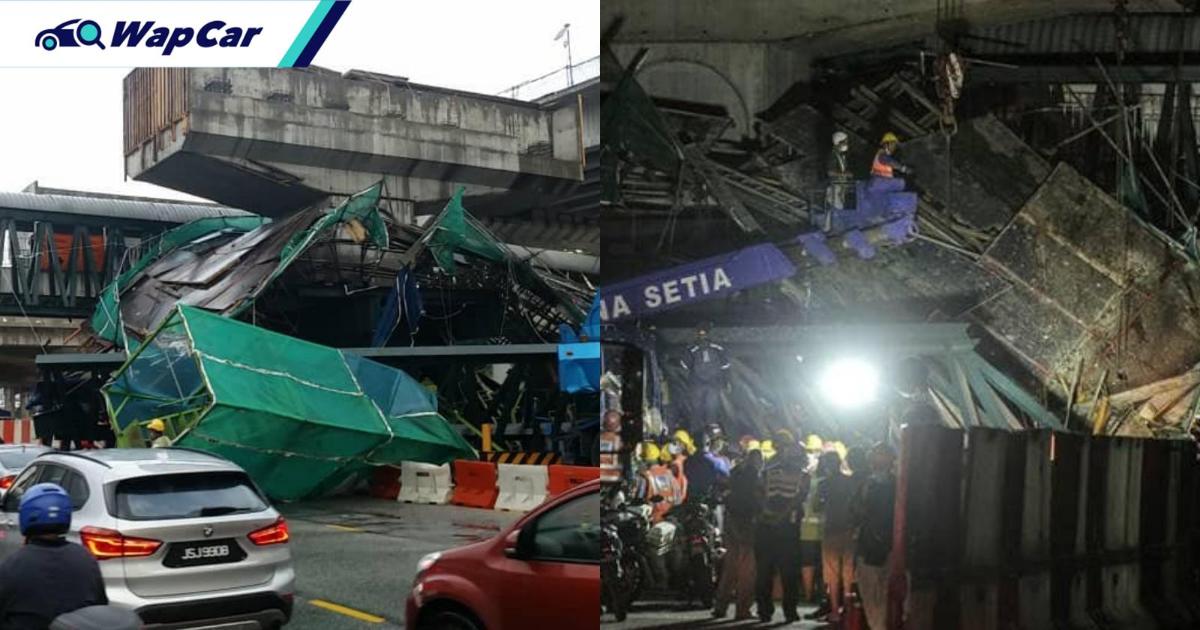 Yesterday evening, a trailer reportedly collided with support beams of the Sungai Besi-Ulu Klang Elevated Expressway (SUKE) construction causing the structure to collapse on top of a van. The collapse killed 2 of the 5 victims trapped in the rubble, now the KL police have revealed that the trailer driver that caused the collapse was tested positive for drugs. 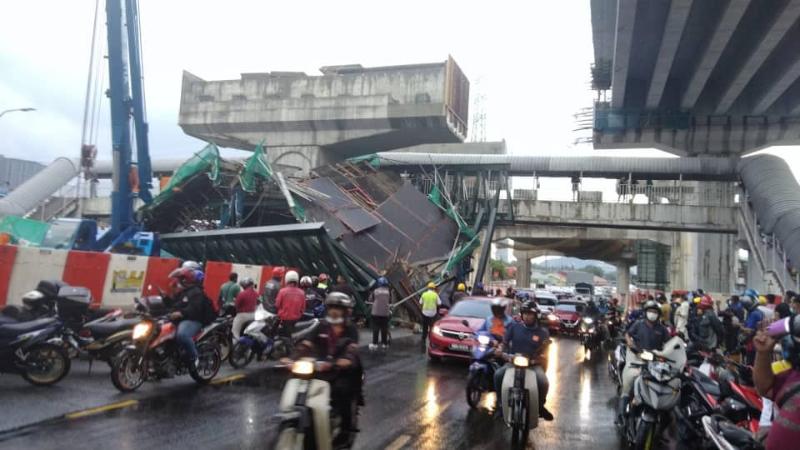 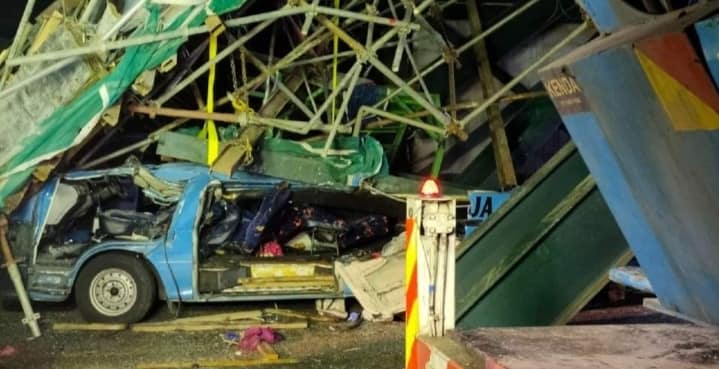 The driver from Sungai Siput, Perak, has been arrested and will be remanded under Section 15(1) of the Dangerous Drug Act by the Dang Wangi Narcotics Criminal Investigation Department. 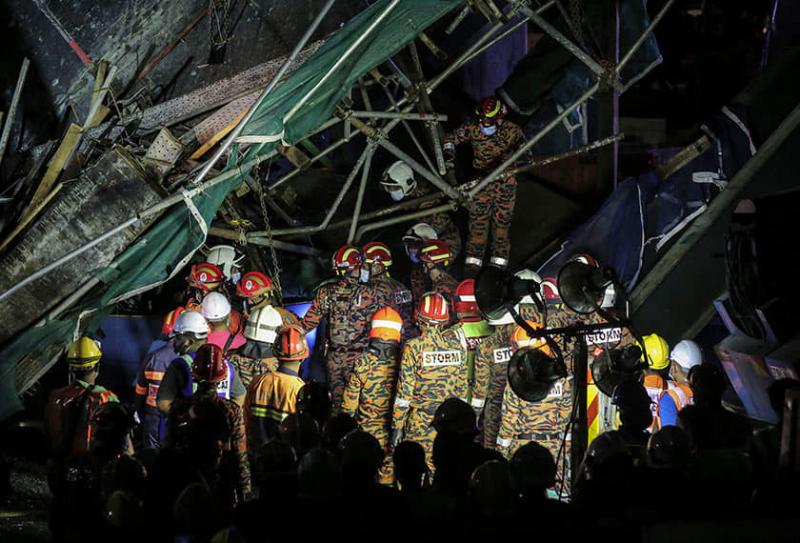 The Royal Malaysian Police (PDRM) will also investigate the driver under Section 44(1) of the Road Transport Act for driving under the influence.

Further investigations showed that the trailer was transporting an excavator when it collided with a pedestrian bridge steel frame at the construction site along the MRR2 near Desa Tun Razak, Cheras around 6 pm.

The collision caused the iron scaffolding and frame to collapse onto the road and on top of a van incoming from Ampang during the rush hour traffic trapping 5 victims under the rubble.

23 firemen, 3 fire engines, and 2 emergency rescue service vehicles were deployed to the scene. Authorities took more than 2 hours to remove enough debris and parts to rescue the trapped victims. Unfortunately, the last 2 victims, extracted around 9 pm, were pronounced dead at the scene. 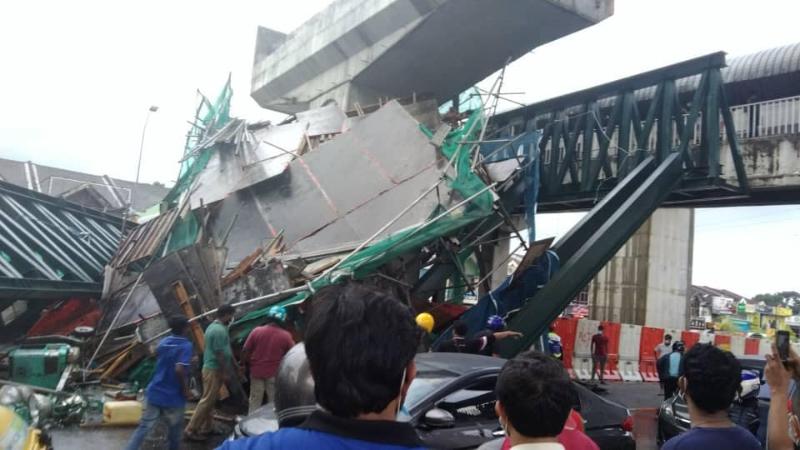 The 47-year-old van driver reportedly suffered fractures to his left shoulder, swelling of the lungs, and internal bleeding while the other 2 surviving passengers had injuries to their legs. 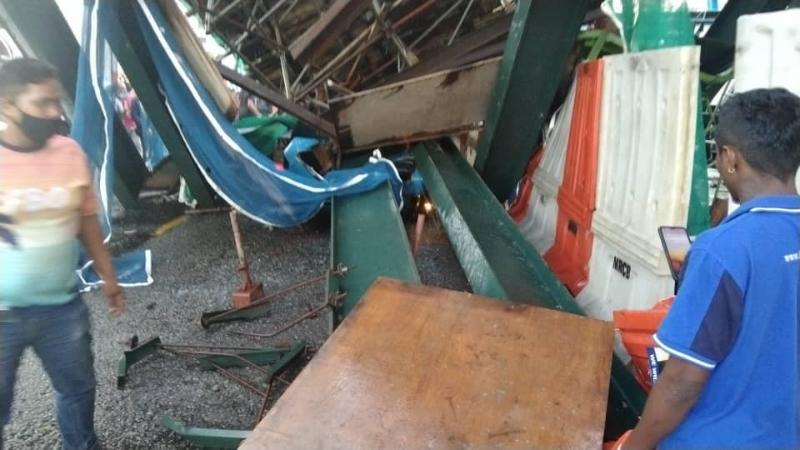 Zulkefly told the media that the victims in the van were on their way to work at a factory located in USJ 1, Subang Jaya when tragedy struck.