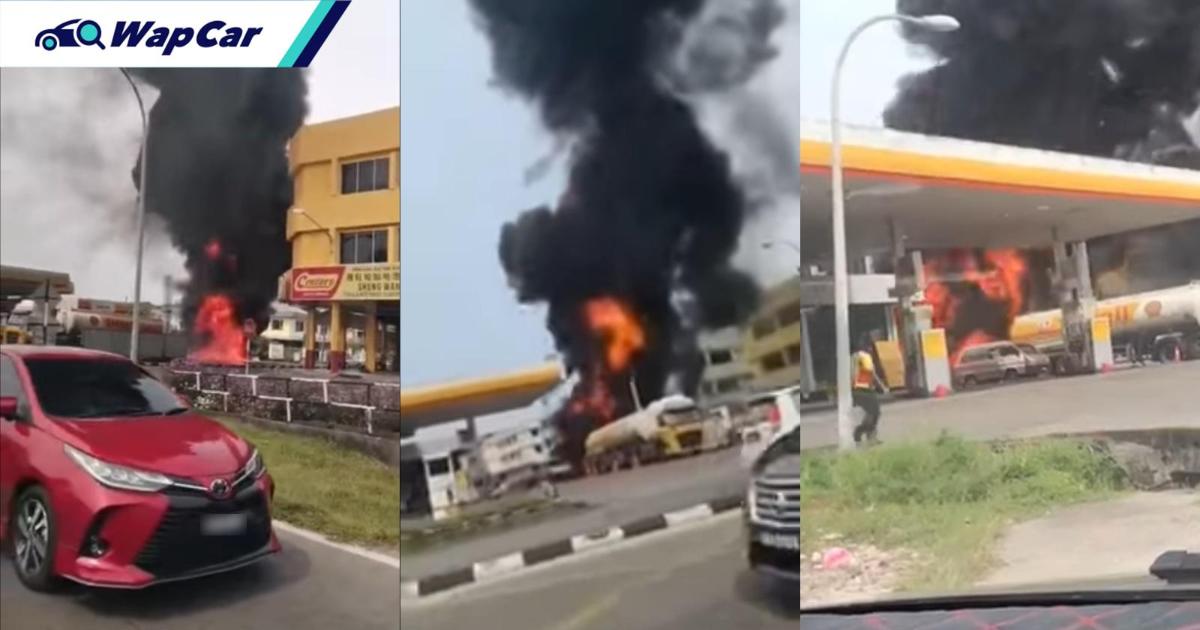 Dramatic videos of a Shell station on fire have caught the attention of social media over the past few days. The videos were taken in a Sibu petrol station located along Jalan Brother Albinus.

According to reports, at the time of the incident, a female employee was measuring the level of the underground oil tank before they can refill the tank from the oil tankard, when a van drove by the open outlet.

Authorities suspect that a spark caused by the heat coming from the van’s battery or exhaust pipe could have ignited a fire in the underground tank.

Witnesses around the area reported that there was a loud explosion before plumes of black smoke started rolling into the sky.

Fortunately, staff at the petrol station were able to put out the fire with at least 11 fire extinguishers before it can cause any further damage.

Only one employee was hurt during the incident. The BorneoPost reports that the victim was sent to the Jalan Lanang Health Clinic before being transferred to the Sibu Hospital for further treatment.

The cost of damages has yet to be determined as both the van and oil tanker only suffered minor damages.