5 things that surprised us about the 2021 Bentley Bentayga 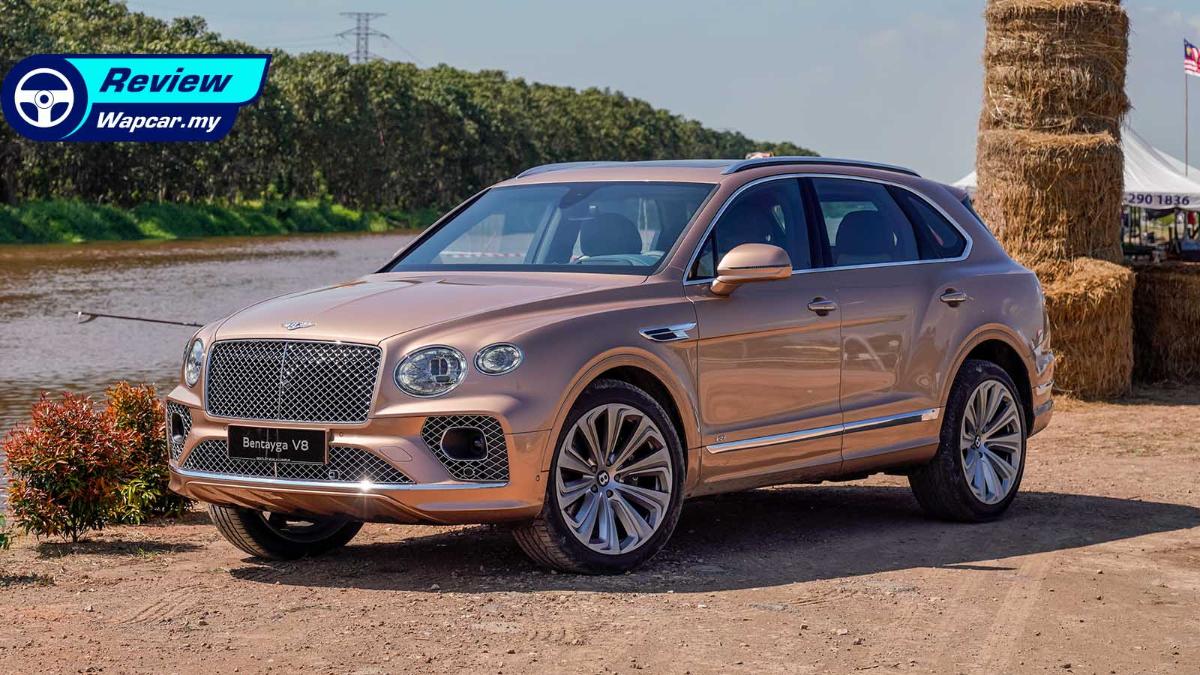 A week ago, Bentley Kuala Lumpur extended an invite to us to sample the new Bentley Bentayga. As far as obvious goes, we happily said yes. To ensure we had enough seat time in the Bentayga, Bentley planned a day trip that allowed us to drive from KL to Ipoh and back. 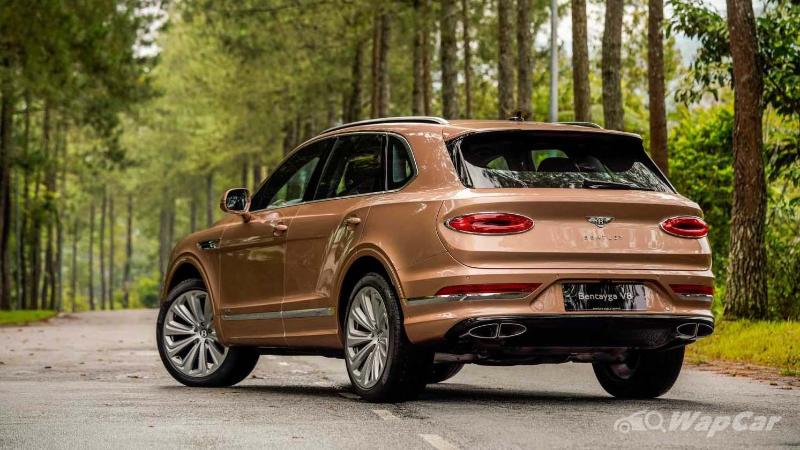 Opulent, wafty, sumptuous, classy. These are a few words that are used to describe the experience in a Bentley, be it as a driver or passenger. This is no different an experience in the Bentayga. After spending the best part of the day with it, here are 5 things we love about the Bentley Bentayga.

A sense of occasion, everytime 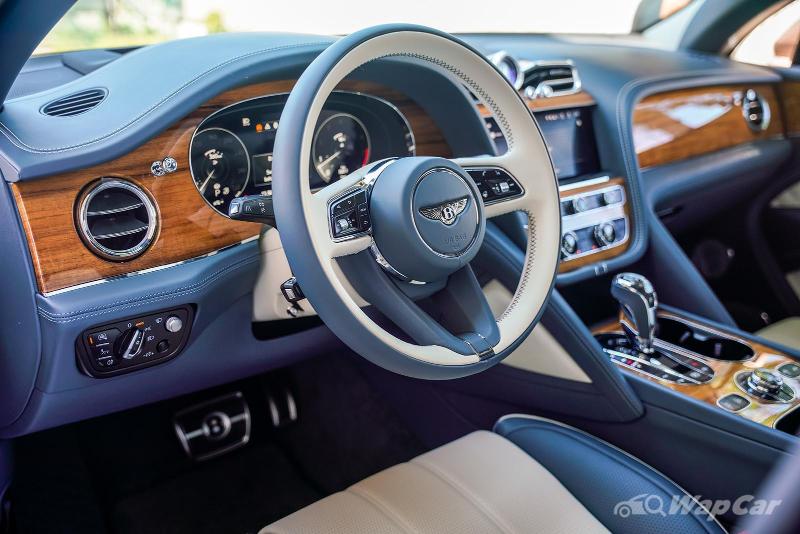 Put it this way, the word ‘premium’ doesn’t do it justice. Every inch of the Bentayga looks and feels expensive. Of course, it should be, you might argue, but that is a great discredit to the artisans that lovingly handcrafted most parts of the car. 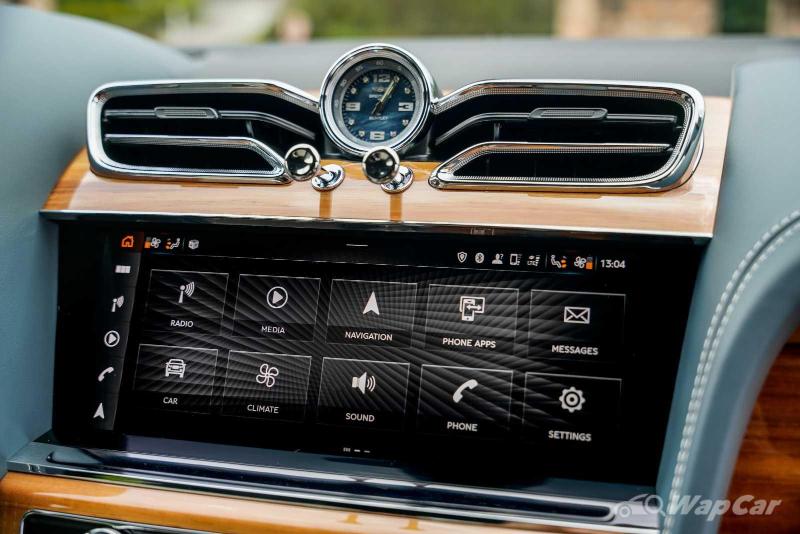 From the signature Breitling clock (with Dark Mother of Pearl Face) that sits on the dash, to the elegant diamond-quilted leather upholstery, you just feel special stepping inside the interior. A sense of occasion? Yeah, the Bentayga has it by the bucketloads. 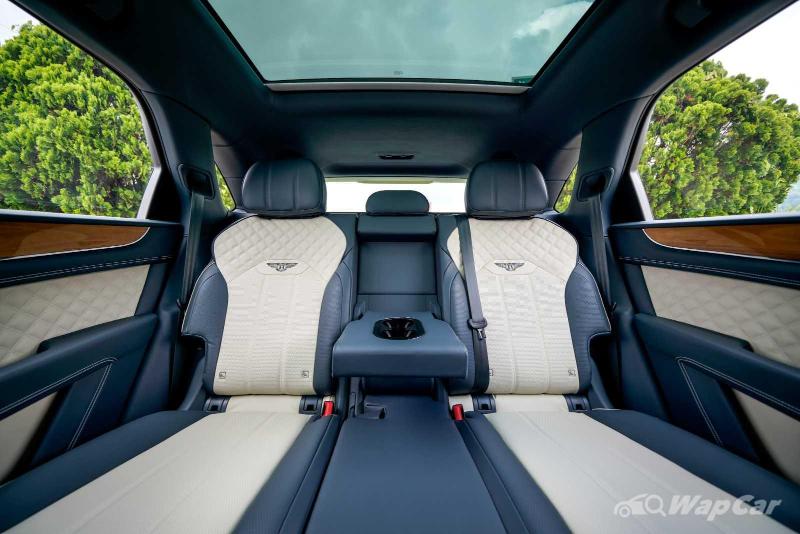 Curiously though, our 5-seater test unit required us to manually adjust the rear-seat recline angle (I know, what a tough life!). For a car of the Bentayga’s status, electric adjustment should be par for the course. An anomaly in an otherwise peerless cabin. 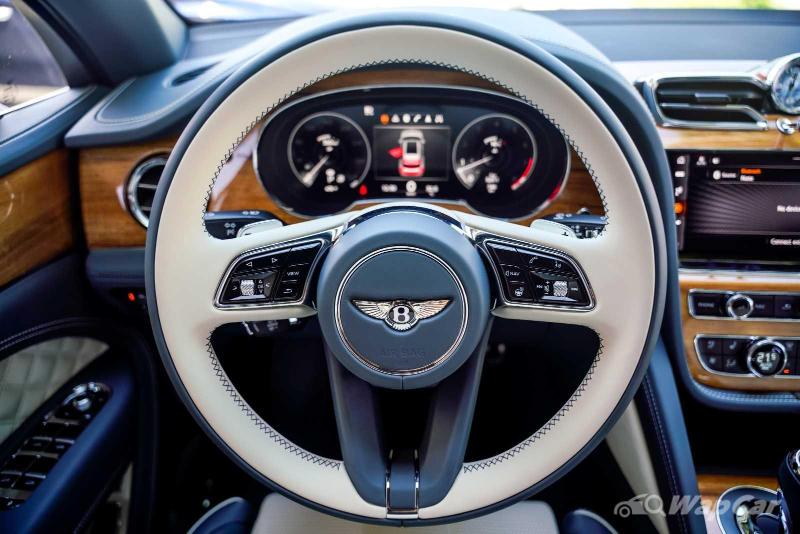 The Bentayga, like its stablemates, all ooze this regal charm about them, inside out. But the Bentayga is far from an old-fashioned automobile. In fact, it is armed with the latest technologies befitting a modern car. 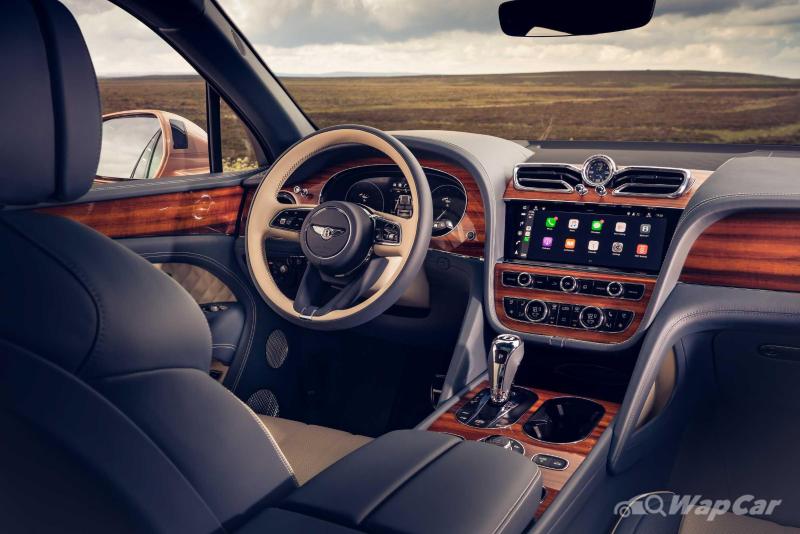 The digital instrument cluster, along with the 10.9-inch central infotainment system, is crisp, clear and intuitive to use. What’s more, there’s a detachable tablet for the rear occupants to tailor HVAC, audio, seat ventilation, ambient lighting and opening of the sunblind. 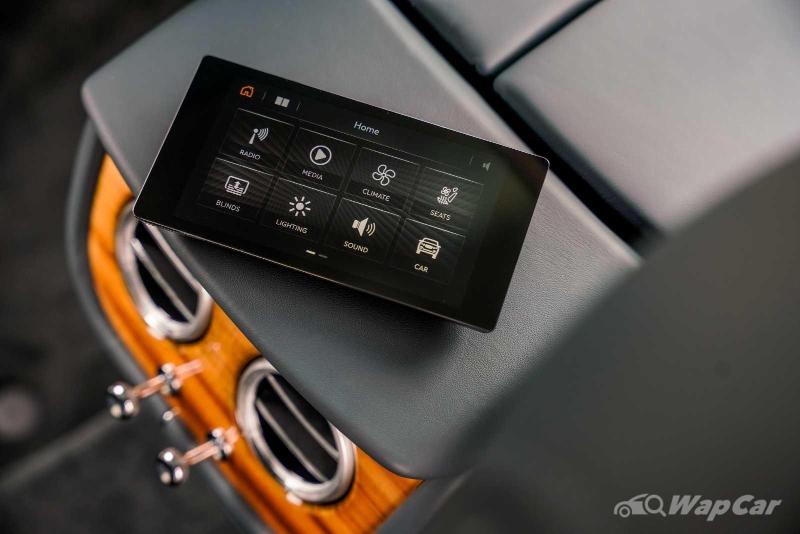 The Bentayga is also Apple CarPlay/Android Auto-ready, so I had my favourite tunes (special mention goes to the 20-speaker Naim sound system) and navigation apps all integrated into the Bentayga’s infotainment. 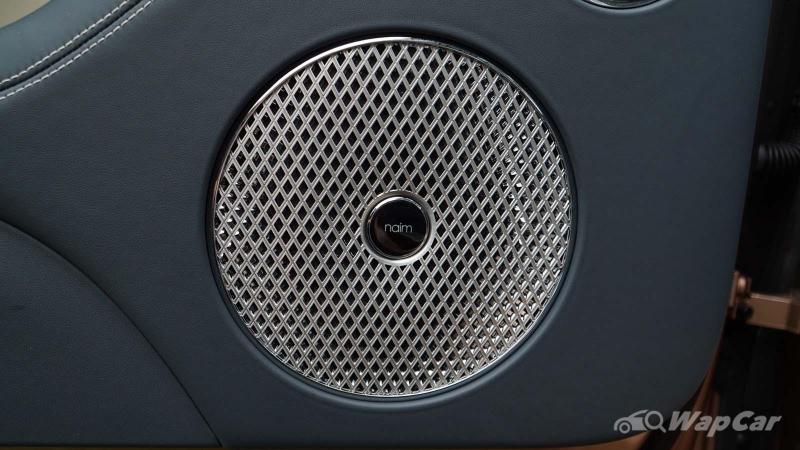 Adding to that, the Bentayga features a full suite of ADAS for driving comfort. Adaptive cruise control, autonomous emergency braking, lane assist, and even night vision. Not that we expected anything less from the Bentayga.

Twin-turbo V8 is brilliant, transmission mapping not so 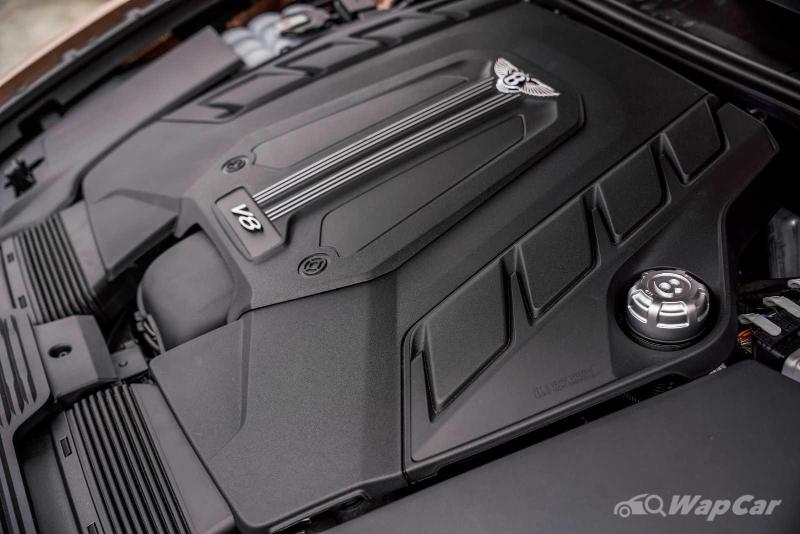 Of course, being powered by a 4.0-litre, twin-turbo V8 (550 PS, 770 Nm) engine means that performance is never found wanting. What I found rather remarkable is how effortless the Bentayga feels on the move, despite weighing 2.4 tons. Its performance just feels bottomless. 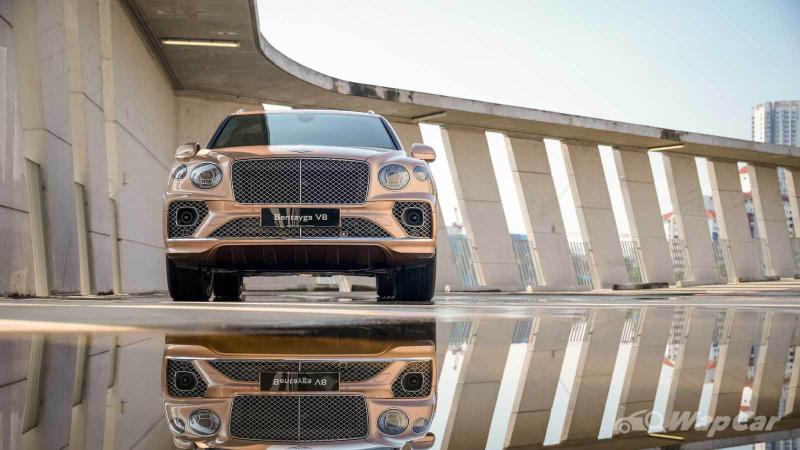 In most situations, you just never seem to stress this engine, which is paired with a ZF 8-speed automatic. Overtaking is a breeze because there’s so much torque in reserve. However, I have to point out that in the regular driving modes, the throttle and transmission calibration are a bit inert. 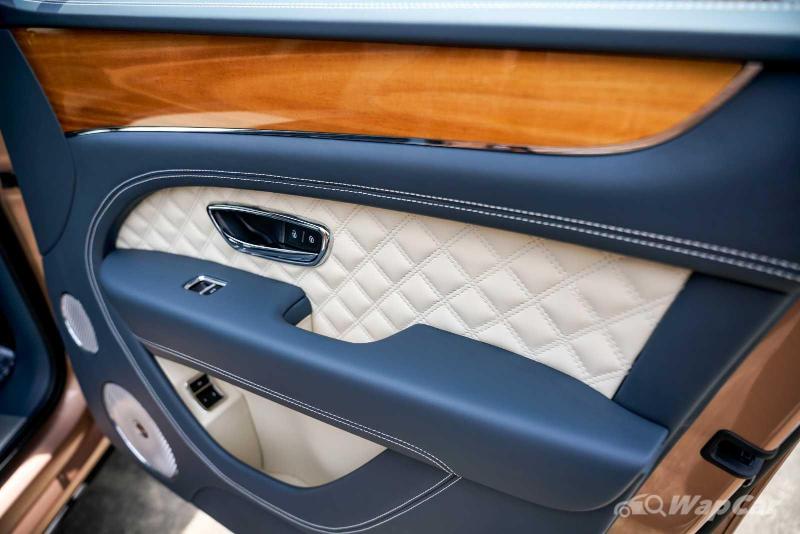 For example, I apply a bit more throttle to ask the transmission to drop a cog, but nothing happens, so you flex your ankle a bit more, suddenly it has dropped 2 gears and the rush of torque is too much. Thankfully, you can customise the drive mode settings individually, meaning you can have the suspension and steering settings still in comfort settings while dialling in a more responsive throttle map. 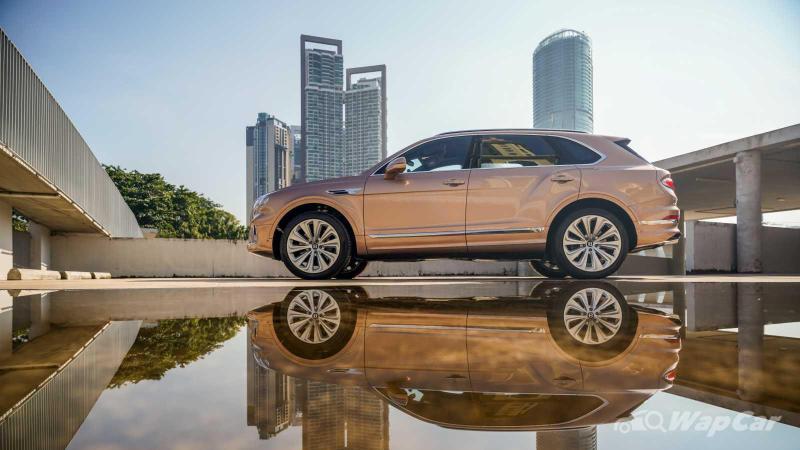 Moreover, the cylinder deactivation on this engine is so seamless, you won’t notice it if I didn’t tell you it has that feature. On light engine loads, the V8 deactivates up 4 cylinders to reduce fuel consumption and emissions, and it does so in the most unobtrusive manner. Most of the time, the engine is just smooth, creamy and unhurried.

Multiple characters in one SUV 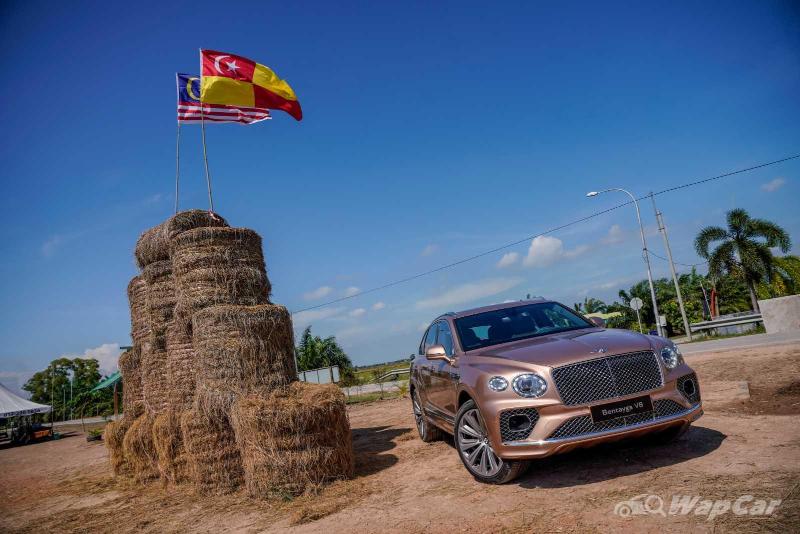 Whilst the Bentayga will pamper its occupants most of the time, my time behind the wheel suggests that it didn’t forget to appeal to the driver as well. Having air suspension definitely gives the Bentayga another dimension in its personality. 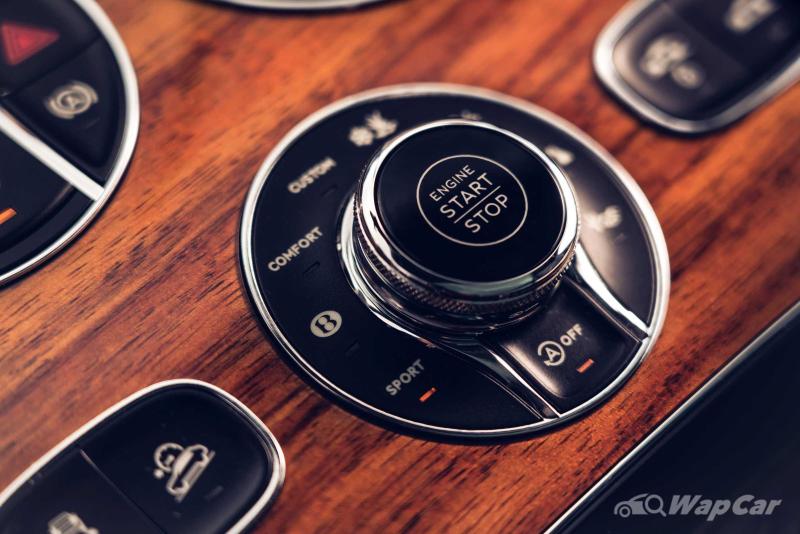 Leave the driving mode in ‘Bentley’ mode and I was just luxuriating in the near-silent cabin, the aforementioned Naim sound system and the silky-smooth ride. However, ramp things up by selecting Sport mode and the Bentayga does well to sharpen its responses. 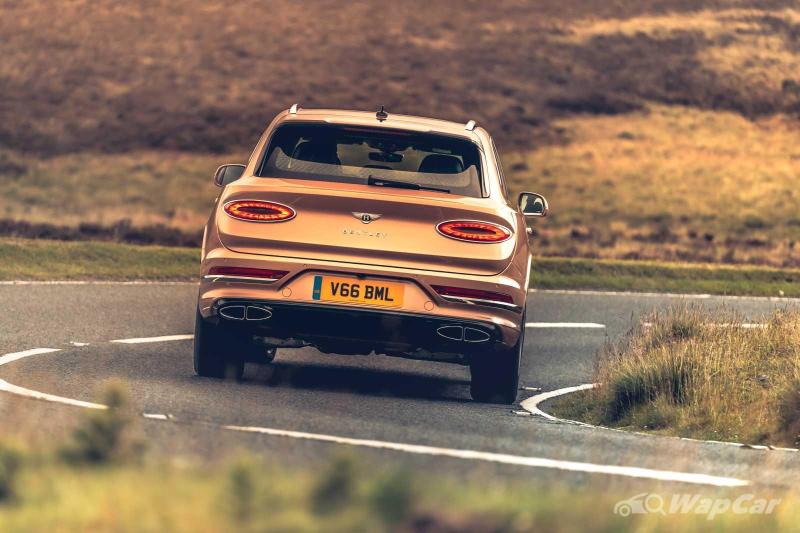 The air suspension adopts a sportier attitude, as does the throttle response and transmission mapping. What really surprised me was how well it handled, despite being a heavy car. You still feel its weight under heavy braking, but overall, the Bentayga does a great job hiding its mass. 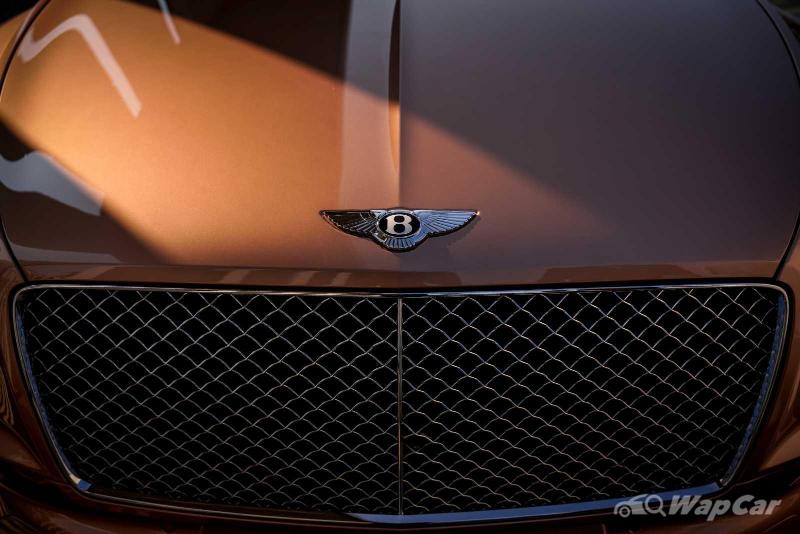 Any angle you look at it, the Bentayga is an imposing machine, with an unmistakable road presence. Let’s face it, when you stump up the kind of money the Bentayga asks for, you’d wanna attract eyeballs. 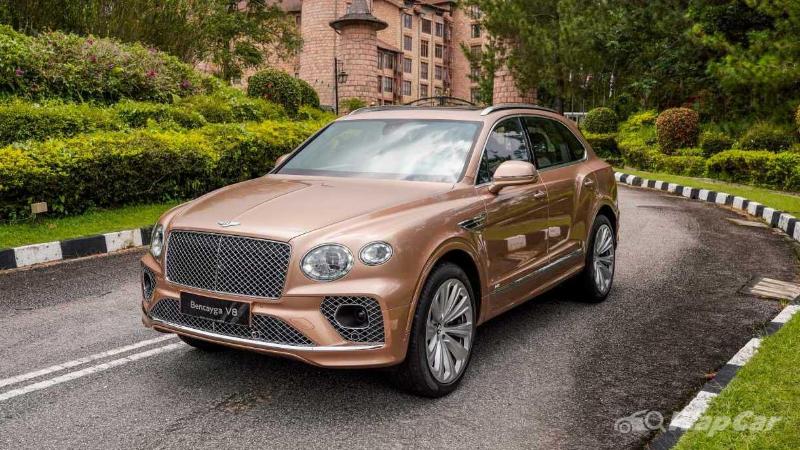 Subtle it is not, then. Still, Bentley has imbued this facelift with classy design elements such as the jewel-effect LED matrix headlamps and the new rear oval LED tail lamps. Even at a distance, you won’t mistake the Bentayga for anything else, and that is a mark of great design. 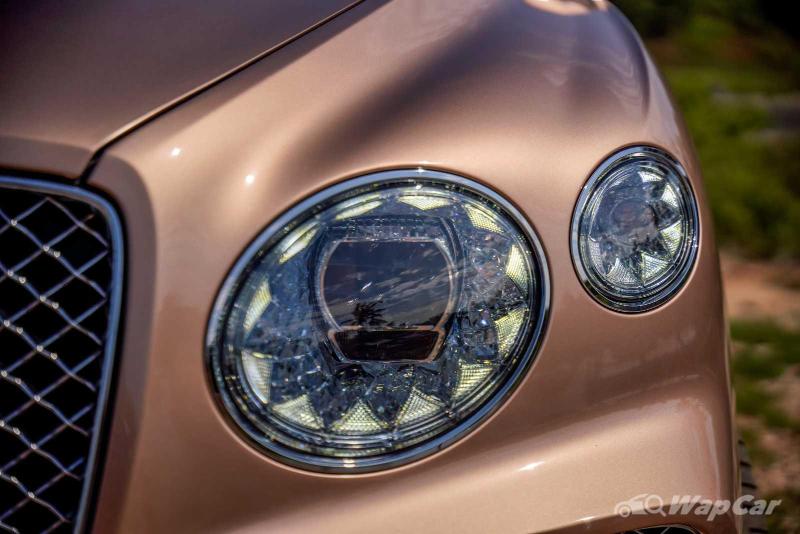 So, would I buy one? Yes, absolutely, coming from the perspective of someone shopping in this category, the Bentayga would definitely make the shortlist. It’s a bit sportier to drive than the Rolls Royce Cullinan (if your chauffeur ever takes a day off, the horror), more opulent than the Range Rover and classier than its stablemate, the Lamborghini Urus. 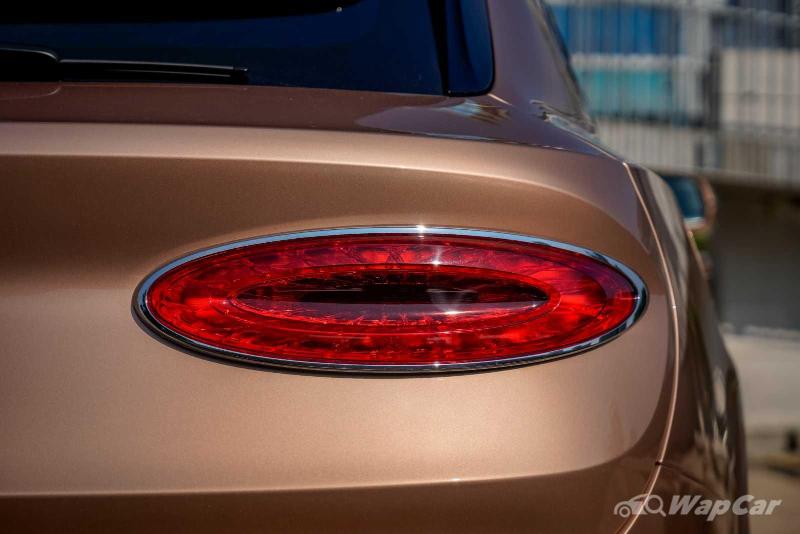 Of course, that’s assuming I had the means, which I don’t. Still, one can dream.