HomeNewsHow many years before Vietnam overtakes Malaysia’s car industry? About 10

How many years before Vietnam overtakes Malaysia’s car industry? About 10 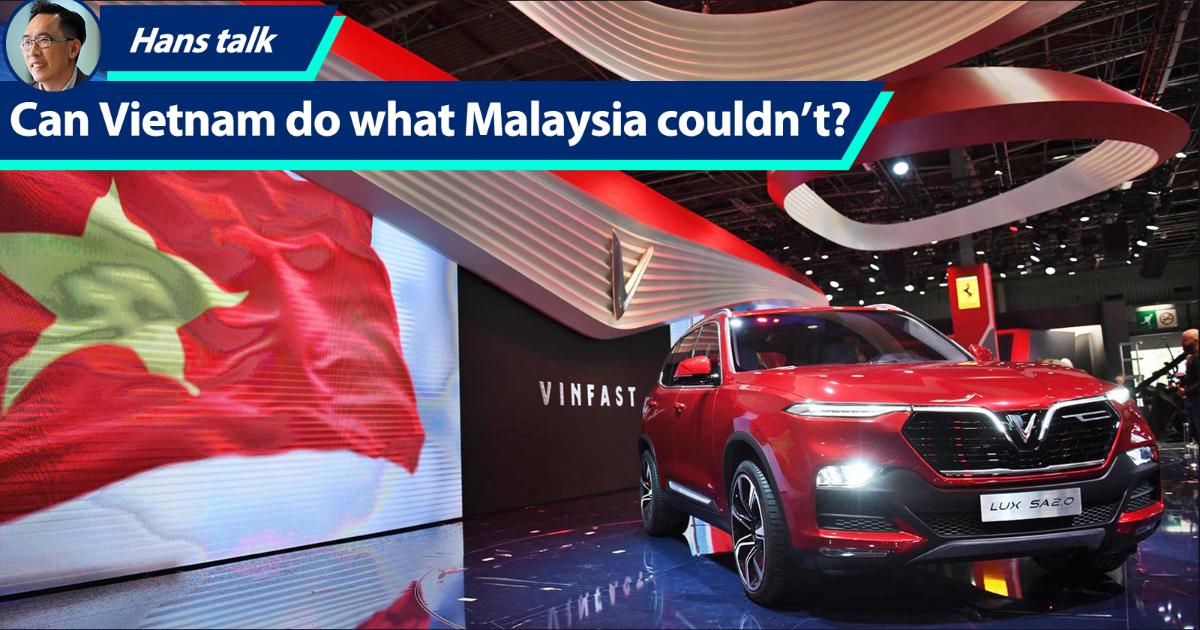 VinFast is Vietnam’s equivalent to Malaysia’s Proton / Perodua. In its first full year sales in 2020, the homegrown Vietnamese automaker closed its books with 29,485 units sold, putting VinFast in fifth place, behind Hyundai, Toyota, Kia, and Mazda.

The company has yet to make any profit but VinFast plans to launch electric vehicles in USA in 2022. Whether it will be an example of foolhardy naivety or a masterstroke in business is left to be seen.

What’s more interesting is how VinFast achieved all these without requiring any special privileges from the Vietnamese government. The venture is privately funded by Vietnamese conglomerate Vingroup. No taxpayers’ money were used.

Malaysians will be surprised to know that Malaysia played some important roles in growing Vietnam’s automotive industry, more on that later. 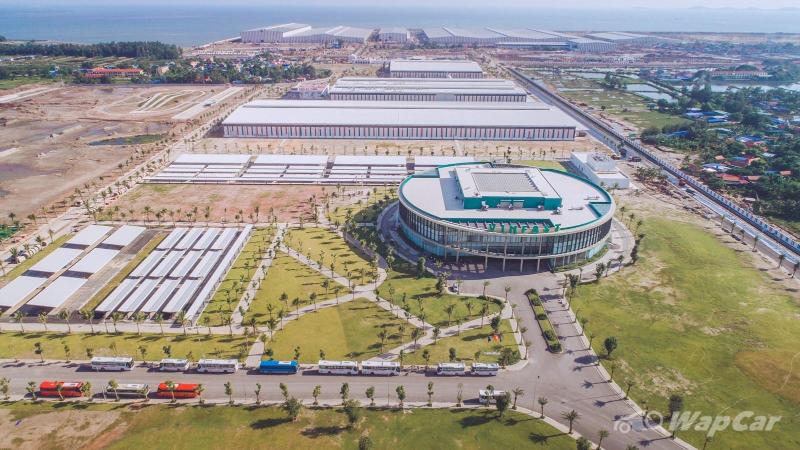 Vietnam, the next China?

Much has been said about Vietnam being the next China. Projections by the Asian Development Bank say Vietnam will become South East Asia’s fastest growing economy by 2022, with GDP growth forecasted to be at 7 percent, versus Malaysia’s 5.7 percent. 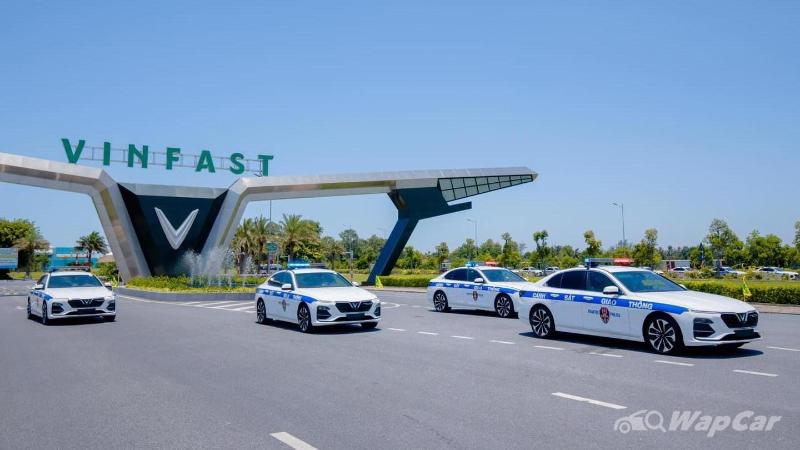 In 2019, before Covid-19 hit, Vietnam netted USD 16 billion in foreign direct investments, double that of Malaysia.

While ASEAN’s Big-3’s (Thailand, Indonesia, Malaysia) automotive industries are dominated by Japanese companies, Vietnam is a hot spot for Korea. 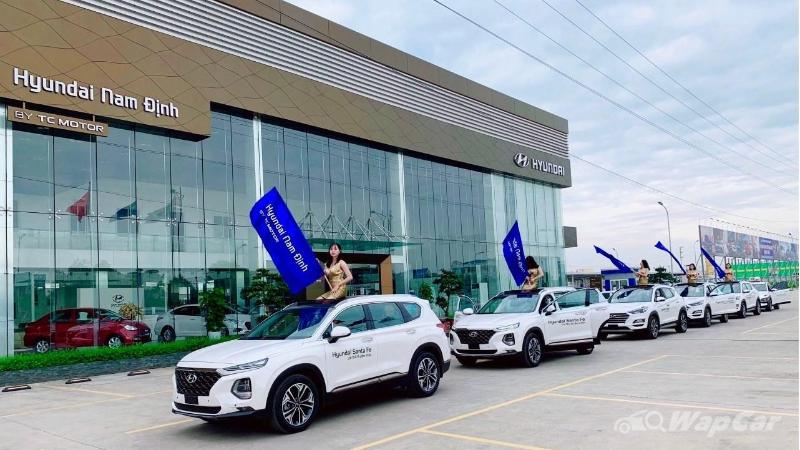 One in every 5 cars in Vietnam is a Hyundai, and the Accent is Hyundai’s best-seller (but the Toyota Vios is still Vietnam’s No.1 selling model). 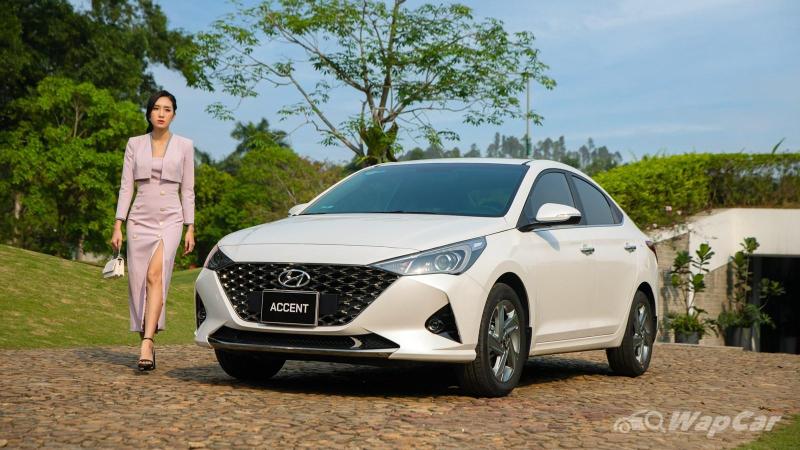 Fun fact: Outside of the automotive sector, Vietnam is also Samsung Electronics’ largest production hub outside of Korea.

The state of Vietnam’s car industry

To be clear, Vietnam’s car industry is still very far behind Malaysia, both in terms of scale and technical ability.

The guideline used by the automotive industry is that a country can only start supporting basic manufacturing once its GDP per capita hits USD 1,000, and it will be limited only to commercial and agricultural-use vehicles.

Rapid growth can only happen at around the USD 4,000 mark, the tipping point for demand for high ticket consumer goods like cars to grow. Indonesia is currently at this stage. Thailand crossed this mark in 2007, Malaysia in 1977.

Speaking of GDP per capita, it should be noted that Malaysia’s figures have stagnated for the last 7 years, suggesting that economic growth, when divided across the population, has stalled for nearly a decade.

Meanwhile, Vietnam’s new car sales have been growing at a very high 10 percent annually (putting Covid-19-affected 2020 and 2021 aside), buoyed by its strong economic growth.

At its current growth rate, and assuming that the Covid-19 pandemic don’t disrupt the economy beyond 2022, Vietnam’s total industry volume is projected to surpass Malaysia sometime around 2030.

Fun Fact: Vietnam is one of the poorest countries to participate in PISA - a standardized international assessment of 15-year old students’ competency in science and mathematics – but Vietnamese students often rank higher than many developed countries including USA.

As a communist country, the origins of Vietnam’s automotive industry is very similar to China’s.

Also read: 40 years ago China can’t even CKD a car, how did they overtake Proton and Perodua?

Auto Hoa Binh was Vietnam’s first vehicle manufacturer. Set up in 1951, the state-owned manufacturer assembled Soviet military trucks and Soviet sedans for the communist party's cadres, as well as making agricultural machines for the masses. 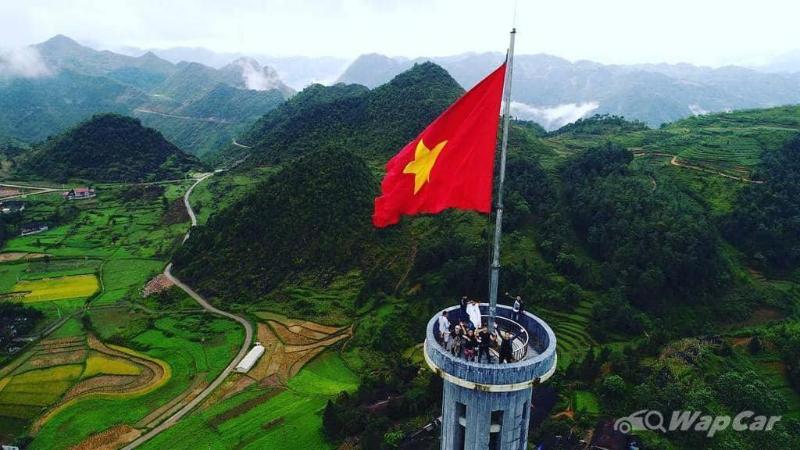 Like Deng Xiaoping’s 1978 reform, Vietnam embraced market-driven reforms in 1986 and embarked on the ‘Doi moi’ reform to open its market to the world.

One year later, Mekong Auto was formed as a joint venture with a few Korean banks. It assembled vehicles from Ssangyong and Pyeonghwa Motors. Never heard of Pyeonghwa? That’s because it’s a North Korean company. Not making that up.

Mekong Auto also assembled and distributed Fiat vehicles but that business, along with Ssangyong and Pyeonghwa have since been shut down.

Today, Mekong Auto exists only as a multi-brand car dealer.

Between 1974 and 1994, Vietnam faced a trade embargo from the US. When the embargo was lifted by President Clinton, Ford invested into Vietnam in 1995, becoming one of the first manufacturers to set up its own plant there.

Also read: Toyota Hilux is always No.1? Here are countries where it's not

Vietnam’s automotive industry is currently led by Thanh Cong (Hyundai) and Thaco (Kia, Mazda, Peugeot, BMW and MINI) but both are merely contract assemblers and don’t contribute much in raising Vietnam’s technical competency.

It's something that VinFast, the country’s first homegrown car manufacturer, hopes to address.

The partnership has since been dissolved, taken over by Mitsubishi. Vina Star now exists as Mitsubishi Motors Vietnam.

Can the latecomer catch up?

Another reason why Vietnam’s car industry lags behind Malaysia, at least for now, is its limited automotive vendor base, which is only capable of making simple parts like seats, exhaust pipes, and wire harnesses.

Most Vietnam-assembled cars have a local content of no more than 30 percent.

Vietnam is a latecomer to the automotive industry. It had missed the golden window period that allowed Thailand, Indonesia and Malaysia to setup their manufacturing bases - the two decades before the 2000s, after which WTO expanded free-trade agreements and tore down tariff barriers protecting nascent industries. 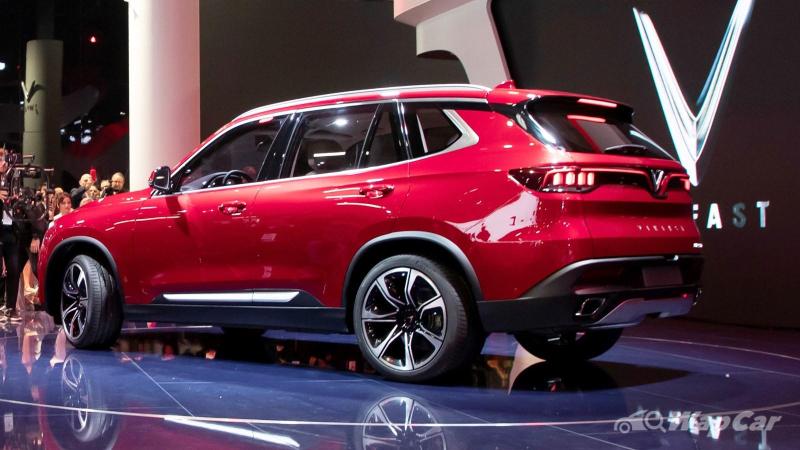 However, they decided against it because Vietnam’s economic conditions back then couldn’t support a national car brand.

A follow up announcement in February 2016, the Decision No. 229/QD-TTg paper, added more tax incentives to investors.

If you were to read Vietnam’s automotive policy side by side with Malaysia’s NAP 2014 (announced in January), you will find that its rather similar, except that the numbers are different.

As for local content ratio, this was supposed to reach 35 percent by 2020. It's already achieved on commercial vehicles (now at over 60 percent) but not passenger cars (still at around 30 percent or less).

In terms of scale, the government had aimed for a total industry volume of 227,000 units by 2020 – this has already been achieved.

The Malaysian input in VinFast

The first VinFast cars were built by a Malaysian-owned company.

The initial batch of VinFast’s car bodies (Body in White – industry term for unpainted body shells) were made by a Malaysian-owned company setup in Thailand, AAPICO Hitech Plc, one of Asia’s biggest auto parts maker.

VinFast doesn’t have the expertise in car manufacturing so in its first year of operation, the setup and management of its press shop (where sheet metal are cut and stamped, the first and most important process in car making) and welding operations were done by AAPICO, because AAPICO is known to be among the best in the business for full turnkey (manufacturing term for A-Z solutions) body shop solutions, rivalling Japanese companies.

VinFast plant’s design layout, technology direction, equipment sizing were all planned by AAPICO. The jigs and dies used in the press shop are designed and built by AAPICO.

AAPICO is founded by Ipoh-born Yeap Swee Chuan. As an ethnic Chinese, Yeap couldn’t get into the business of supplying parts for Proton, which in its early days, had to support Malaysia’s affirmative action policy.

Don’t feel sorry for him though, because Proton’s rejection was the best thing that has happened to him. Yeap packed his bags, left for Thailand to setup APPICO in 1996 and aimed for the global automotive industry.

AAPICO is now one of the world biggest manufacturer for ladder frame chassis, and is the sole supplier for Isuzu D-Max and MU-X chassis. 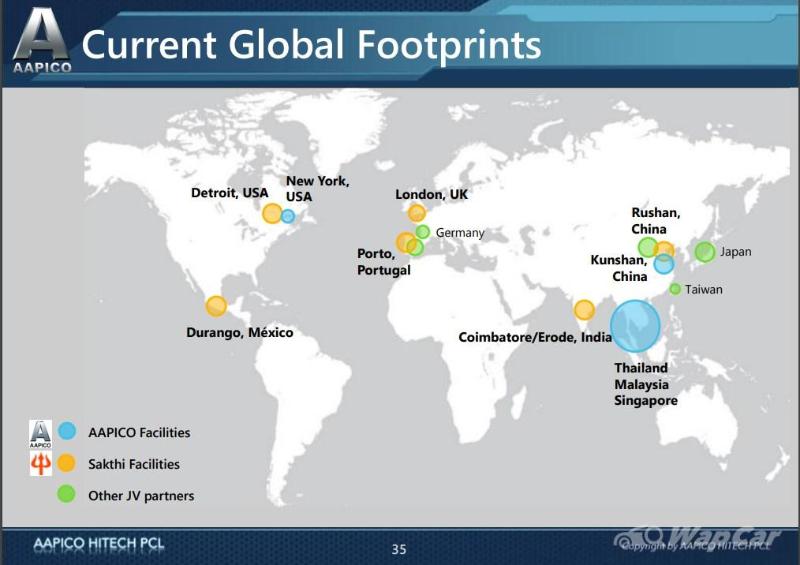 In Malaysia, AAPICO owns several Proton dealerships in KL and Pahang via Aapico Motors as well as Honda dealerships in Kajang and PJ under the Tenaga Setia and New Era Sales name.

Can Vietnam make it?

Like Malaysia, Vietnam is in a difficult position. It doesn’t have the scale or technical ability to match Thailand and Indonesia. Most major automakers have already invested in the two regional giants so there is little reason for them to put more money into Vietnam.

Despite its image as a low cost country, Vietnam’s labour cost is not that cheap (at least not for automotive) and the under-developed vendor base means many parts have to be imported.

Also, both Thailand and Indonesia are already moving ahead with hybrids and battery electric vehicles, which Vietnam's automotive policy has no response to yet.

VinFast currently makes electric scooters and has plans to launch 6 EVs by 2023. Deliveries for the electric VinFast VF e34 in Vietnam is targetted for November this year. 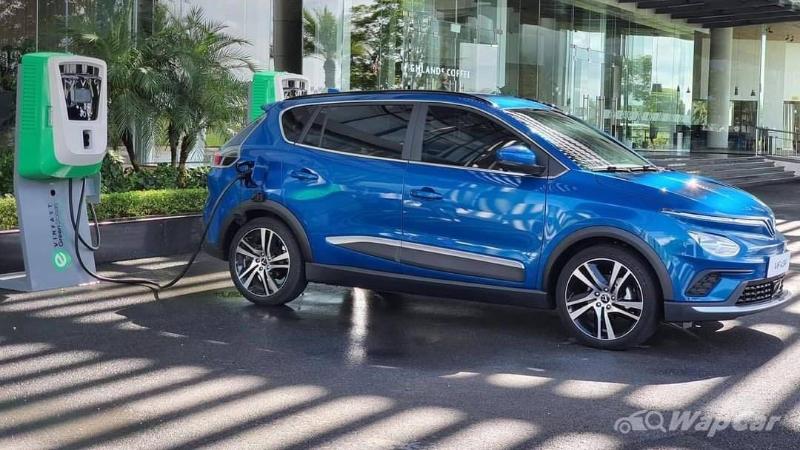 Vietnam has one more ‘weapon’ to wield – a very resilient and well educated workforce. Like the early days of China, there are few manual labour jobs that the Vietnamese won’t do.

Its people are also remarkably enterprising, especially its women. Vietnamese women control one in every 3 Vietnamese business. 36 percent of Vietnamese companies have women in high ranking positions, higher than even Singapore (33 percent).

Couple this with the fact that Vietnamese students’ competency in math and science is among the top-10 in the world, the next generation of Vietnamese will innovate their way out of their problem.

Meanwhile, Malaysia has just announced its third prime minister in 3 years, and a new Cabinet that looks disappointingly similar to the old one. The question is, what is Malaysia's next move? Time and tide wait for no man so let's not talk about waiting for another 100 days for the same old people to get familiarize with their same old jobs.