Back to 2017, the Honda Civic FC sedan was presented in its blazing red. And for year 2018, Honda has revealed another red edition for the Civic Hatchback in Bangkok, Thailand.

The red version was available for two high-specs Civic sedan variants in Thailand, which are configured to equip with 1.8-litre naturally aspirated engine and 1.5-litre turbocharged motor.

To do the credit, Honda also binding its Honda LaneWatch to these new variants. Along with this left-wing mirror camera, a digital LCD meter panel and a seven-inch touchscreen head unit with Apple CarPlay also dived in the equipment combo. 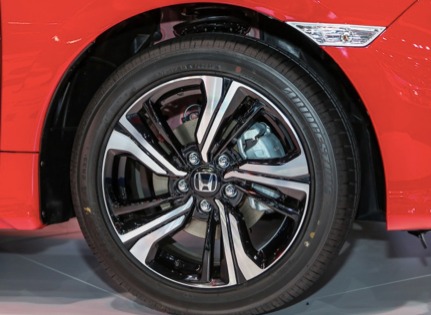 Paired with a CVT automatic with paddle shifters, the Civic Hatchback engine produces 173 PS and 220 Nm of torque from 1,700 to 5,500 rpm with the same price as that of the 1.5 VTEC Turbo spec Civic Hatchback.

The new blade design is used in the 17-inch wheels of the five-door hatch with a bigger inlet placed around the fog lamps. To picture it, you can put a micro version of the Civic Type R into the mind.

Will this new colour presents new developing tendencies in the hatchback magnate?