HomeNewsBuying a used W212 Mercedes-Benz E-Class? Here are the common problems to look out for

Buying a used W212 Mercedes-Benz E-Class? Here are the common problems to look out for 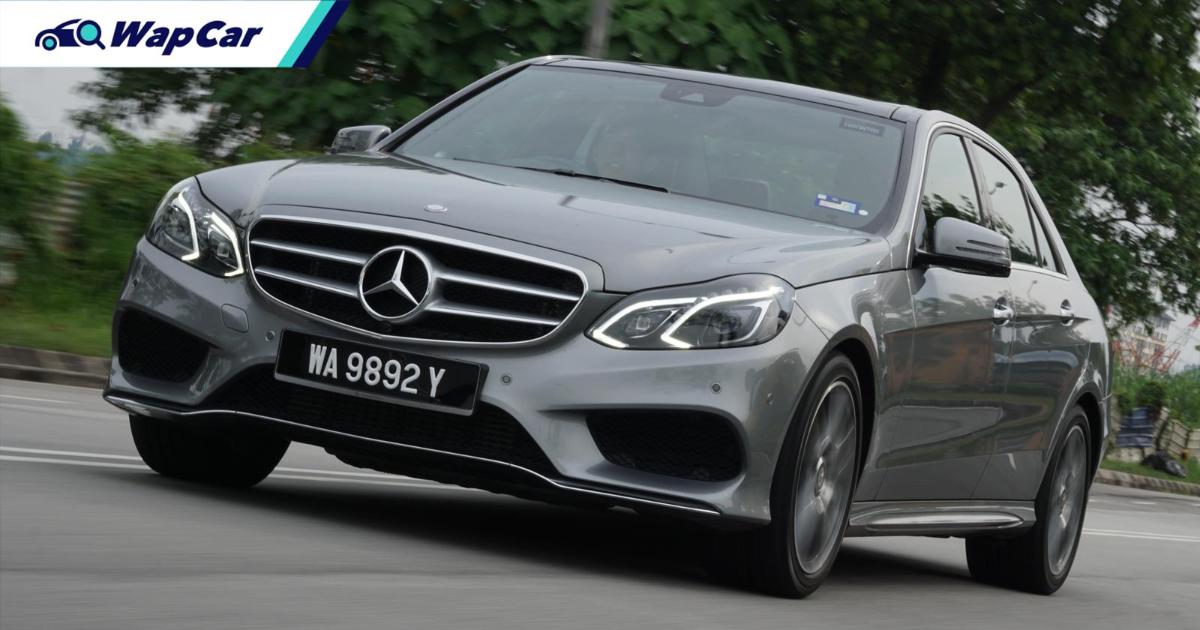 When it comes to luxury cars, the brand synonymous for the premium market is no doubt Mercedes-Benz. Anybody from a less savvy car person to automotive enthusiasts would dream of buying into the brand as a lifestyle upgrade. But not everybody wants to buy a Mercedes new because, you know, resale value, so what can you do about that? Allow us to direct your attention to a used W212 Mercedes-Benz E-Class. 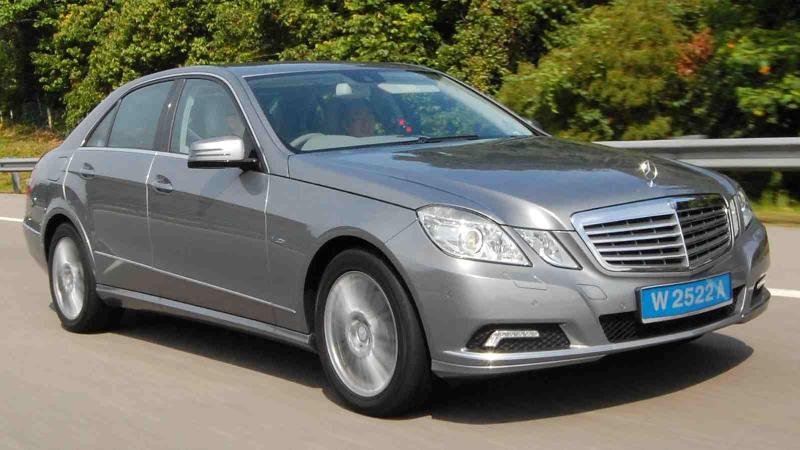 Why a Mercedes-Benz E-Class you ask? The E-Class is the core model for Mercedes-Benz, just like how the BMW 5-Series is the model that started it all for BMW.

And the W212 series is what enthusiast deem as the last E-Class that embodies the core of comfort and prestige. The current generation W213 E-Class just doesn’t cut it as the previous generation did. 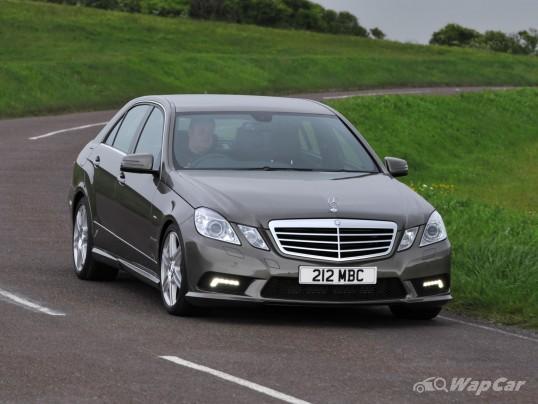 The W212 is also rather hardy for a continental car as the Mercedes W212 doesn't face much problems and was a popular choice for many all over the world. Especially the facelift model that popularised the “grasshopper-eye” look and was the E-Class’ sportiest look yet.

You could say that the W212’s facelift has a timeless look, much like the previous Honda NSX that was launched in the 90s but still fits comfortably in the modern era of cars.

So, it’s not a surprise that Toyota Camry or Honda Accord owners still see the W212 as an upgrade despite it being an older car.

Common problems on the Mercedes-Benz W212

As we’ve mentioned the E-Class W212 is rather hardy for a continental car. But that’s not saying that the car is completely without issues, to get a complete idea of the Mercedes W212's common problems, we talked to multiple repair shops.

According to Mr Wai, the owner of AutoRaco in Bandar Tun Razak, one of the common issues the W212 faces is water pump failure. This usually leads to overheating and the cost to replace the pump and other components are around RM 2,500.

Other than that, there is also the issue with the oxygen (O2) sensor. When the sensor fails, this will cause the check engine light symbol to light up. The cost to replace the oxygen sensor is around RM 650. 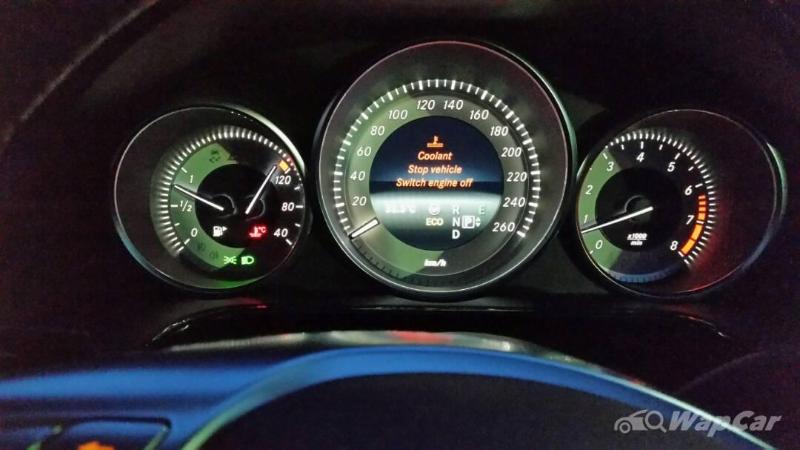 Another common issue is the failure of the mass airflow sensor. This will also cause the check engine light to light up. It costs a hefty RM 3,000 to replace the sensor as only original spare parts can be used.

Like all other cars, the W212 also faces usual wear and tear issues like the wearing out of the engine mounting. Engine mounts in premium cars like the E-Class aren't just used to hold the engine up in the engine bay it also serves as a vibration damper. To change the mounts, you will have to fork out at least RM 1,500. 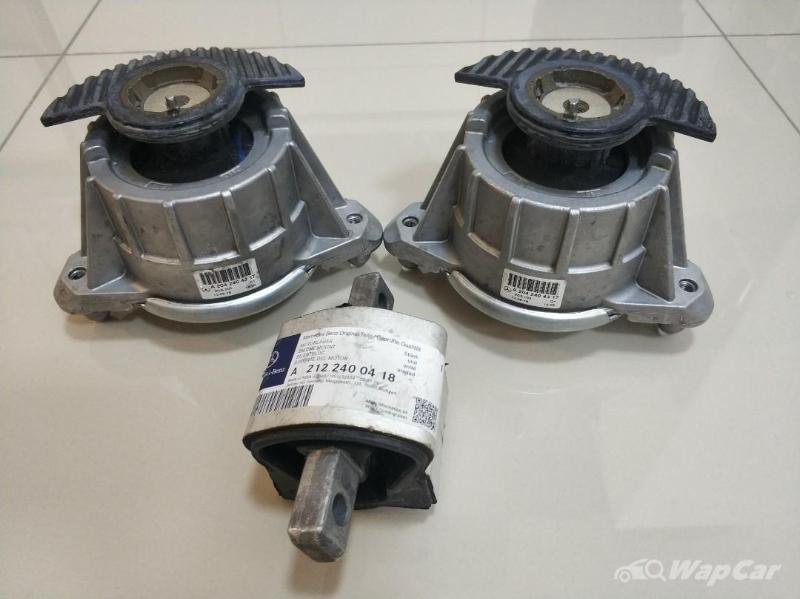 Many owners have also reported the failure of the car’s auxiliary battery and the cost to replace the battery is usually around RM 320. 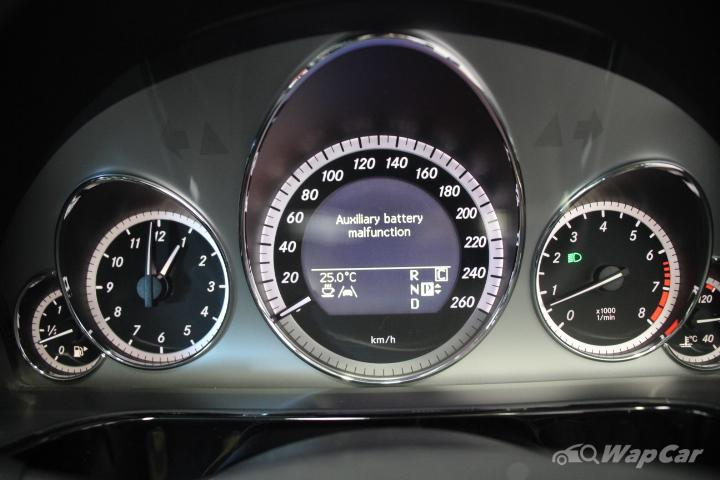 Yet another component that often fails due to wear and tear is the wheel speed sensor. The sensor is necessary for ABS and the electronic stability and traction control to work. Replacement costs around RM 300 for each wheel, so that means 300 x 4 = RM 1,200.

If you have your eye on the pre-facelift model, be aware that the E300’s V6 naturally aspirated engine’s ECU tends to fail, causing the car to stall or won’t even start without warning. Mr Imzan, a Mercedes-Benz expert from RCY Benz Glenmarie, told us that to replace a brand-new ECU would set you back around RM 10,000. 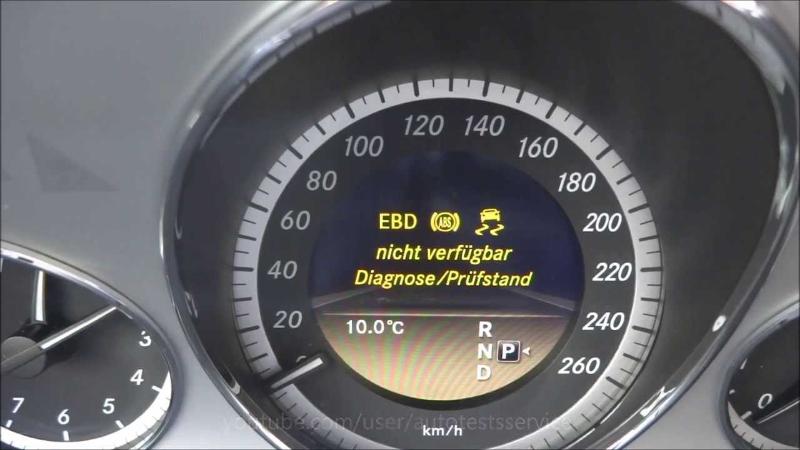 How much does the service cost?

Like most cars, the W212 has to be sent for routine service at every 10,000 km. In general, German car components has a more complex arrangement hence making the cost to service the car more expensive. As an example, general service costs around RM 550.

Gearbox service, an important service especially for cars in Malaysian weather, costs around RM 1,000. Air conditioning services cost around RM 250 which is rather similar to the cost of a Japanese car. 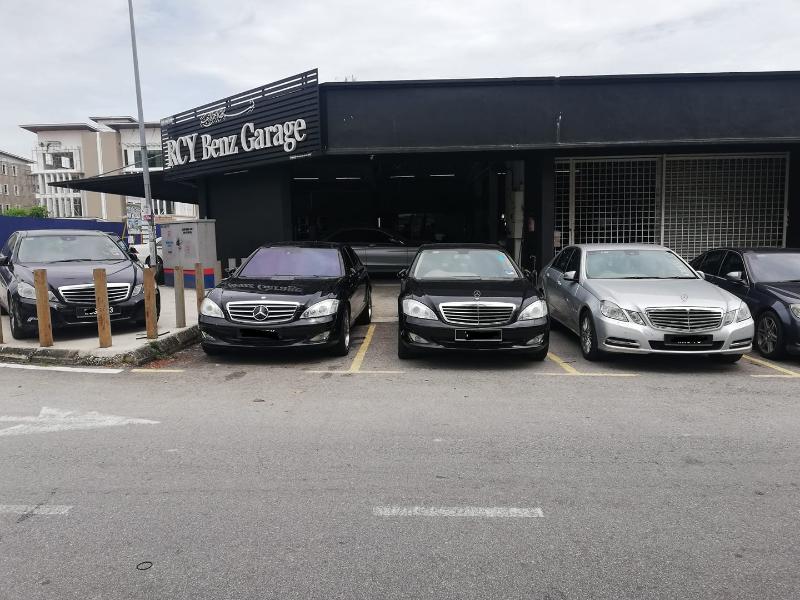 The same goes for sparkplug replacements which cost around RM 65 per piece. Changing the brake pads on the W212 will set you back RM 380 for the fronts and RM 280 for the rear wheels.

Which model year should you get?

We highly recommend going for the facelifted model sold from 2014 to 2016. Not only is the 2.0-litre turbocharged engine in the W212 facelift more fuel-efficient than the pre-facelift’s 1.8-litre CGI engine, but it is also much more reliable.

The facelift’s 2.0-litre engine is also mated to a 7-speed automatic transmission compared to the 5-speed transmission in the pre-facelift. 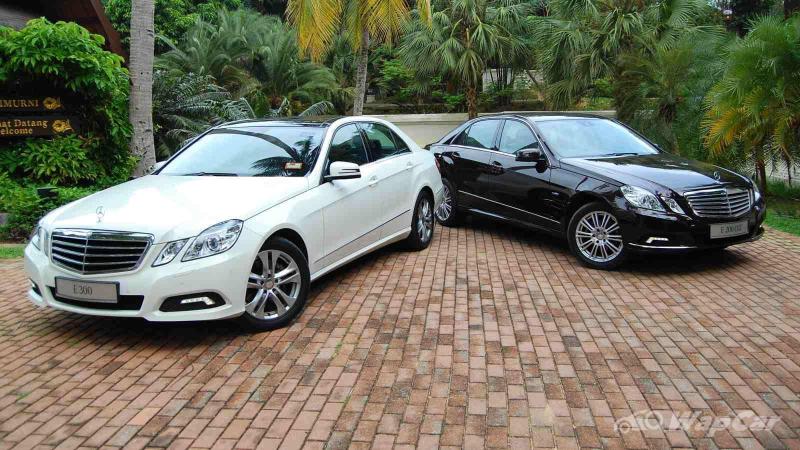 Plus, Mercedes has also addressed most of the issue faced in the pre-facelift when they updated the car in 2014.

W212 in the used car market

As you know, for every model Mercedes-Benz Malaysia (MBM) has various trims and engines on offer. 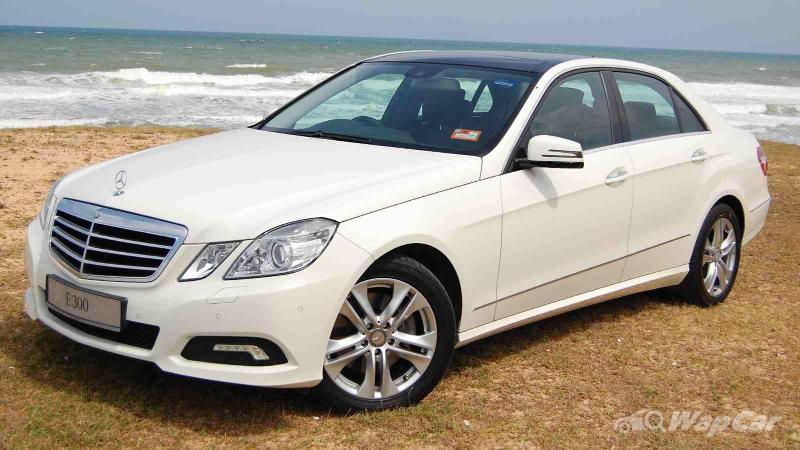 An E250 Avantgarde registered in 2014 can be found on the used car market for as low as RM 130,000. It comes with premium features such as 360-degree camera, AEB, Auto Park Assist, panoramic sunroof, and a power tailgate. 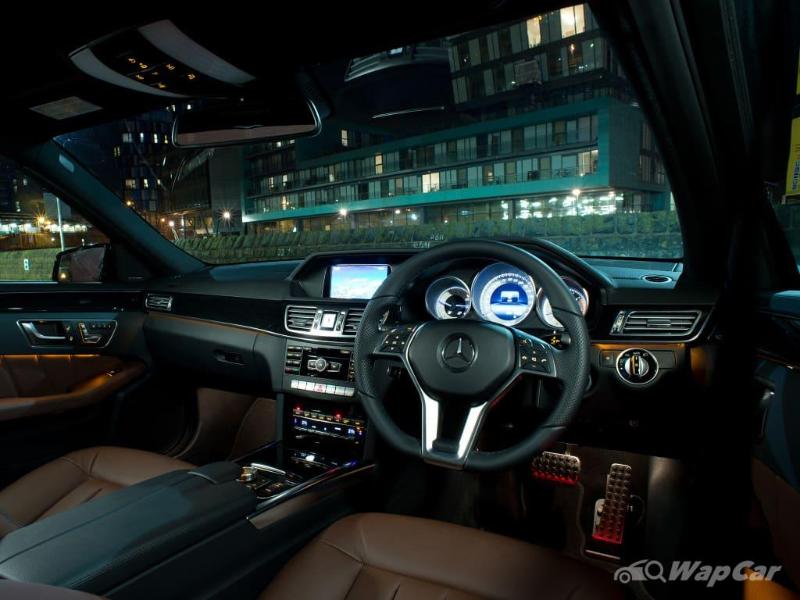 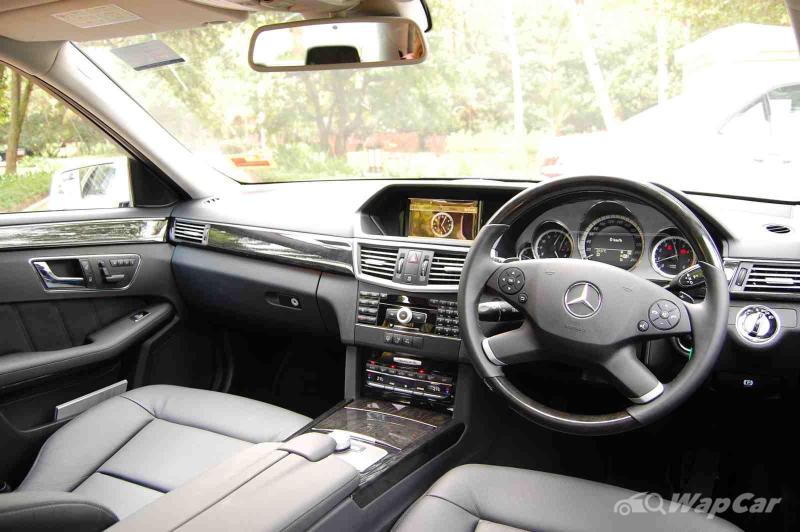 Of course, you can also opt to step up the game with the E400 AMG Line that is on sale for RM 145,000. Not only will you get the V6 engine to satisfy your earbuds, but the rear passengers will also get a separate entertainment system to keep them entertained.

Things to take note of

Regardless of which trim you pick, the E-Class W212 has a lower ride height than normal cars. Back then when Mercedes was creating the W212, they placed more focus on handling to pit the E-Class against the BMW 5-Series as a luxury sport sedan.

Hence the lowered ride height to give the car a little more agility and stable cornering. But this also means that riding across speed bumps are the most unpleasant experience. 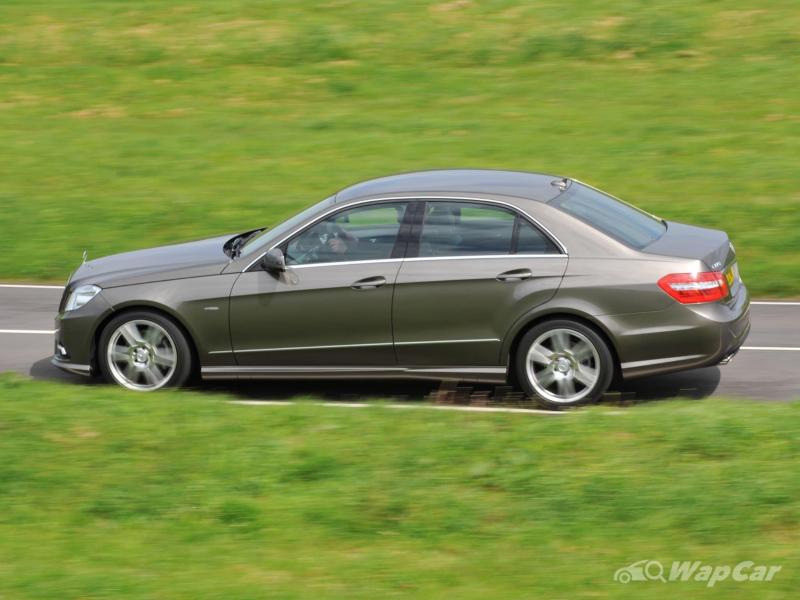 It also doesn’t help that the suspension on the W212 is not as comfortable as you would expect from an E-Class, this is especially obvious when there is a car full of passengers. We recommend driving across the speed bumps just to get a feel of it when you’re testing out the car to see if this will be a deal-breaker for you.

Like all used cars, you can check the last service records of the car you are planning to buy. At the same time, you should also send the car to a mechanic to make sure that there are no signs of flood damage or accidents not stated in its history.

Even though the E-Class W212 is one generation old, the car still features rather modern facilities to fit the modern-day car geek for the price of a new car with fewer premium features.

Because of that, the W212 makes for it a good option for someone looking to upgrade to a premium continental car without breaking the bank. And since the W212 is coined as the ultimate E-Class, you’re also buying the “better” E-Class. 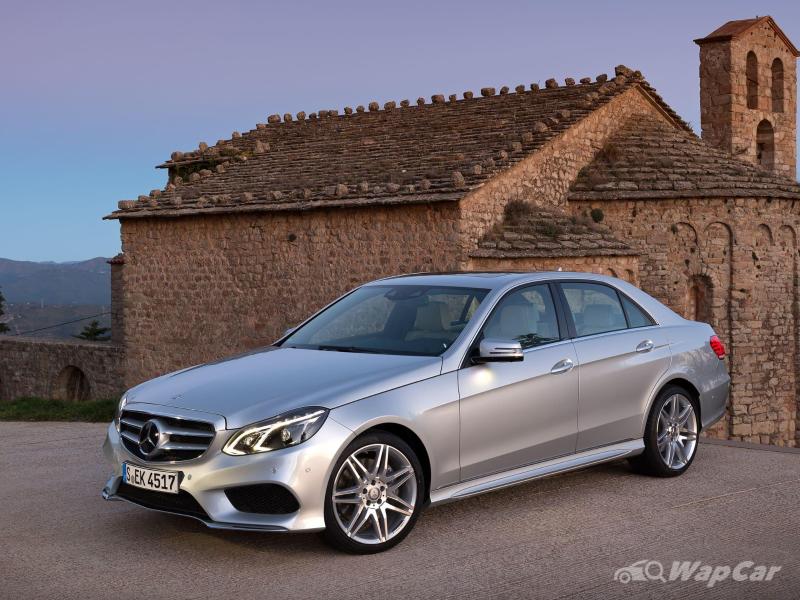 We recommend purchasing directly from the owner to avoid hidden additional costs and reduce the chance of mileage tempering. But if you prefer to purchase from a used car dealer, beware that the cost you see is not the final sum and will include extra costs to have the car transferred to your ownership.