HomeNewsReview: Your first Benz? We take the Mercedes-Benz GLA 200 for a scenic road trip to Johor

Review: Your first Benz? We take the Mercedes-Benz GLA 200 for a scenic road trip to Johor 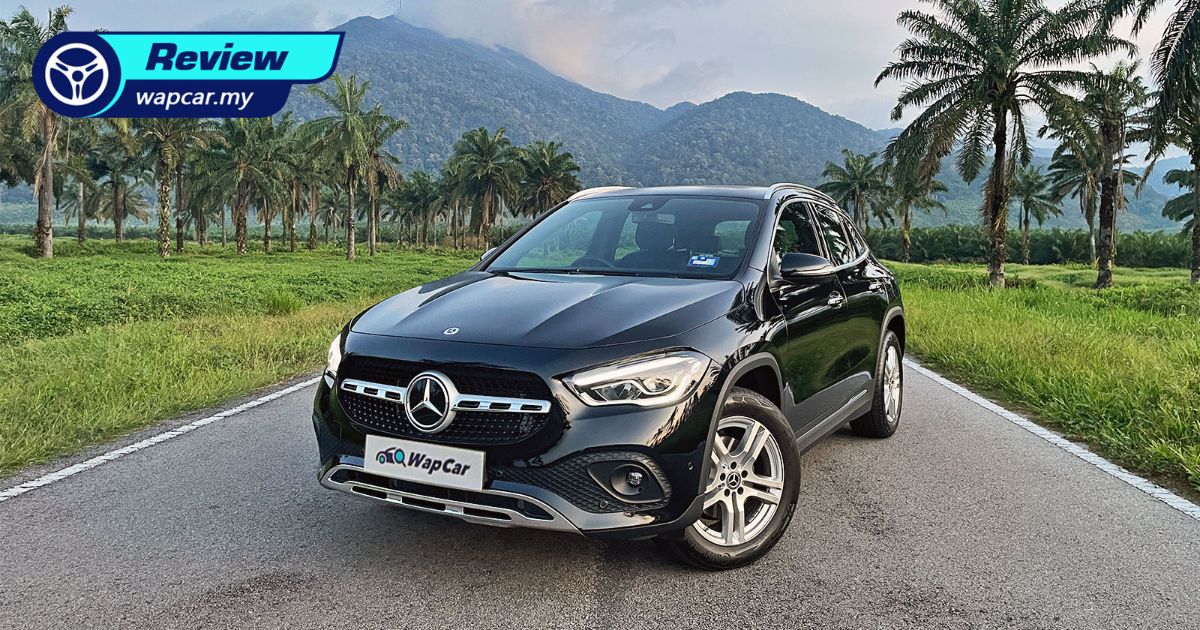 Ask anyone who has little knowledge of cars to imagine their dream luxury car and chances are they would think of a Mercedes-Benz. There’s just something appealing about the sheen of the three-pointed star logo than either the four rings of Audi or the blue and white roundel of BMW. 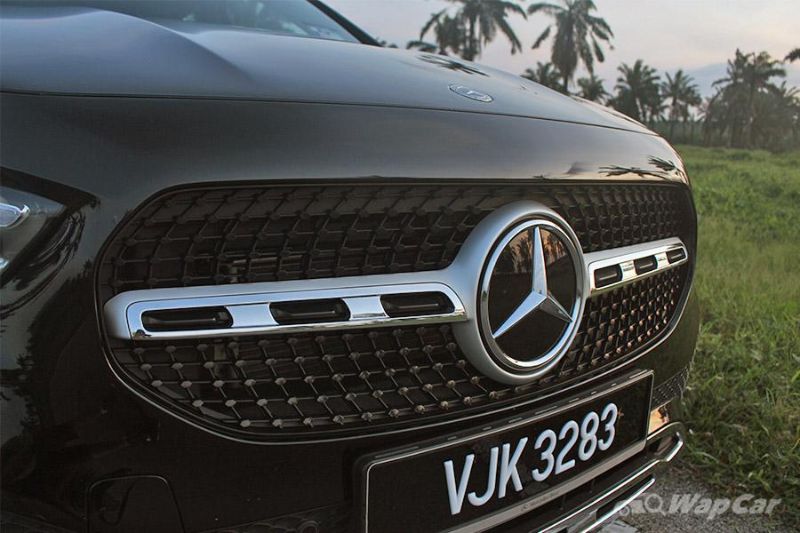 While it is perceived as a luxury brand, it is attainable and one can get a brand-new Mercedes-Benz for around RM 250,000. It’s still a lot of dough for a car much less one seen as an entry-level luxury car but when you imagine someone who aspires to show their success, the badge is what matters most.

The Mercedes-Benz GLA 200 is the most affordable Mercedes SUV that is available in Malaysia. Locally assembled (CKD) in Pekan, it is common to see the baby Merc SUV around a cosmopolitan city like Kuala Lumpur but can this urban SUV work in a place where nature runs its course? 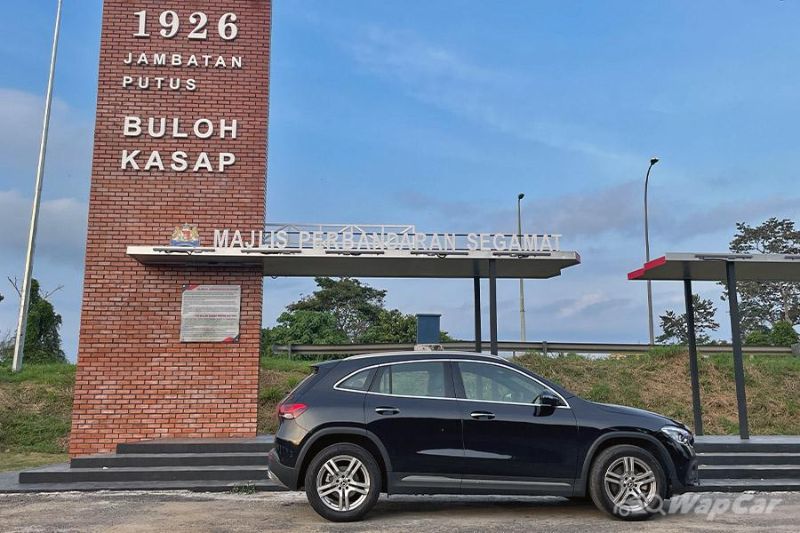 To find out, I took a GLA 200 back to my hometown in Johor over the New Year’s weekend to see how well the urbanite star fares in a place that is surrounded by nature.

From concrete jungle to a literal forest 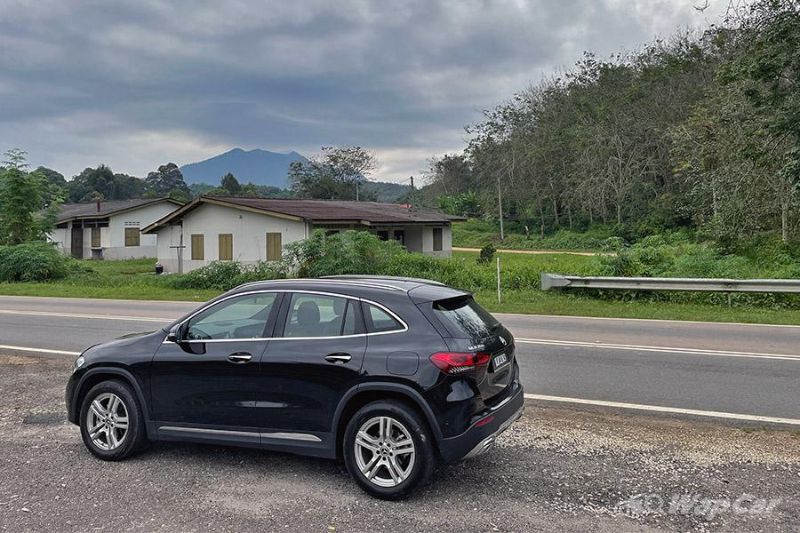 There is no direct highway to reach Segamat. Long before the existence of the North-South Highway, the town that lies in the northern part of Johor is one of the vital stopovers on Route 1. This was regarded as the first federal road in Malaysia having completed construction in 1939 and was the backbone of the western part of the Peninsula. 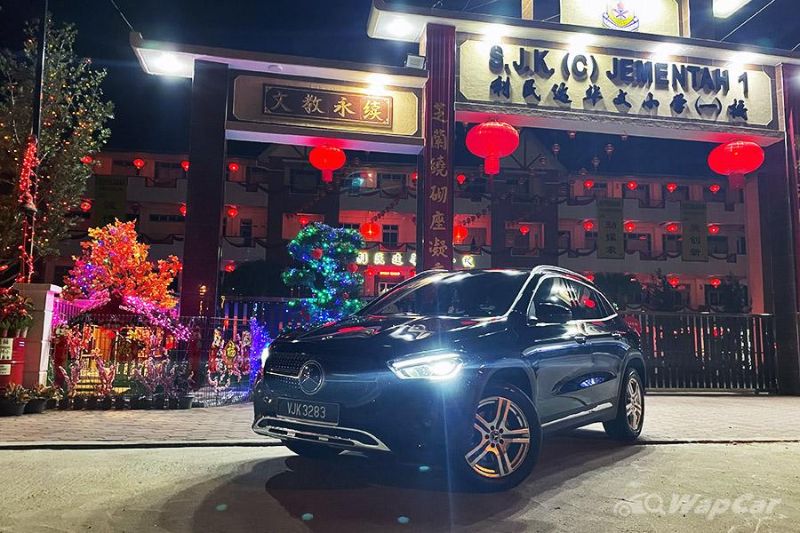 As such, to get into the town, you would have to exit Tangkak from the highway and go through a windy trunk road that goes around Gunung Ledang. The scenic but windy roads are brief thanks to the opening of a new stretch of road that passes through the small town of Jementah before reaching Segamat. 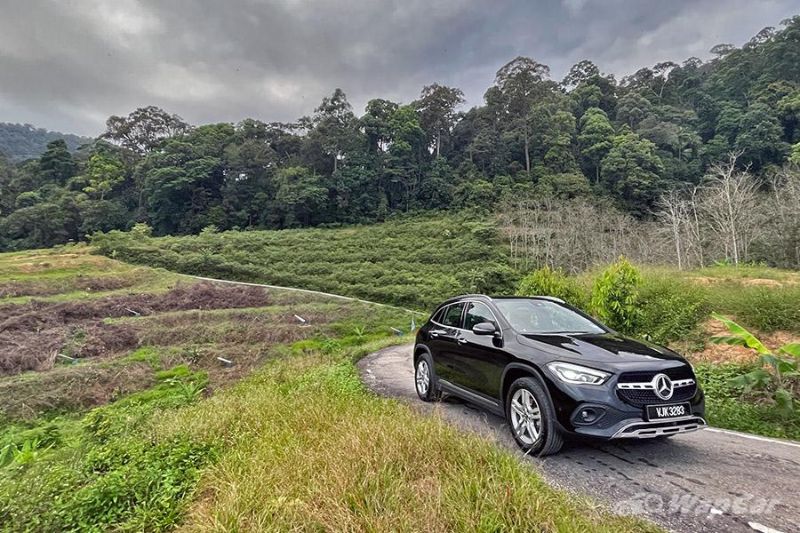 The GLA 200 handles quite well in this brief experience of technical corners but that is not exactly the reason one would choose a Mercedes-Benz. The three-pointed star is always more on comfort and despite being the base SUV, it truly excels in that regard.

This over the A-Class sedan? 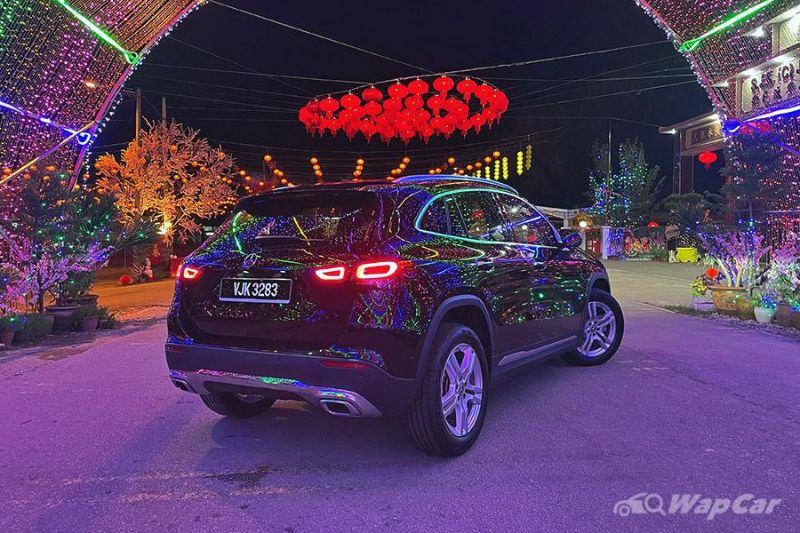 Since the first impression often makes or breaks anyone’s immersion, suffice it to say that the H247 GLA 200 is a huge step forward in design over the previous X156. It’s no longer just a jacked-up A-Class hatchback so good job to the designers for giving a distinct look to the baby Benz SUV. 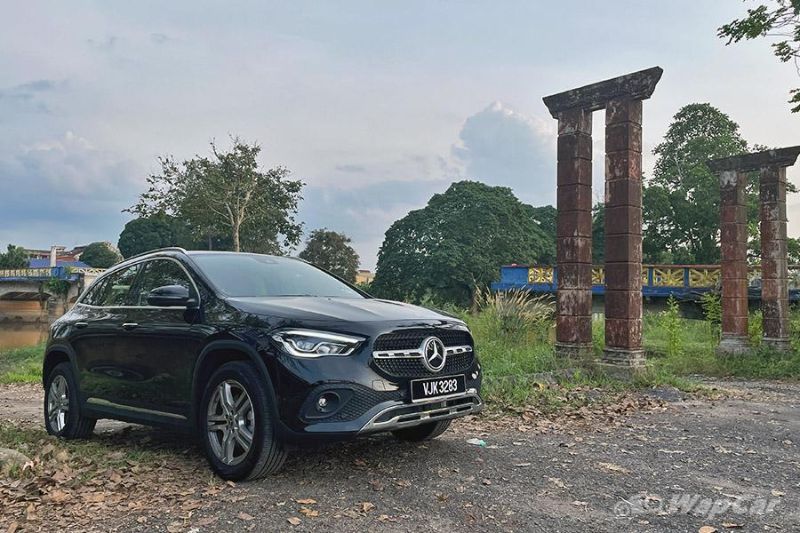 The GLA 200 is not the most affordable Mercedes in Malaysia though. The A200 Progressive Line Sedan starts from around RM 230,000 but I would like to think that the GLA 200 is a better choice for those looking to get their first Mercedes. 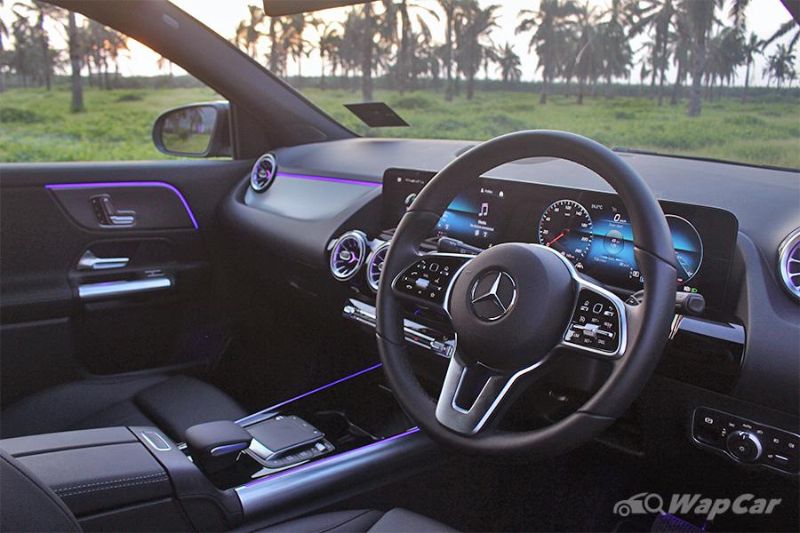 Traditionally, the go-to choice for a Merc is a sedan but the A200 just doesn’t have that air of classiness like a normal Mercedes. In fact, I think the perceived luxury on the A-Class Sedan just feels a bit tacked on but despite being the entry SUV, the GLA 200 feels like a proper Mercedes.

Also read: Why pay for the whole cow when steak is cheaper? It’s the same with your Mercedes 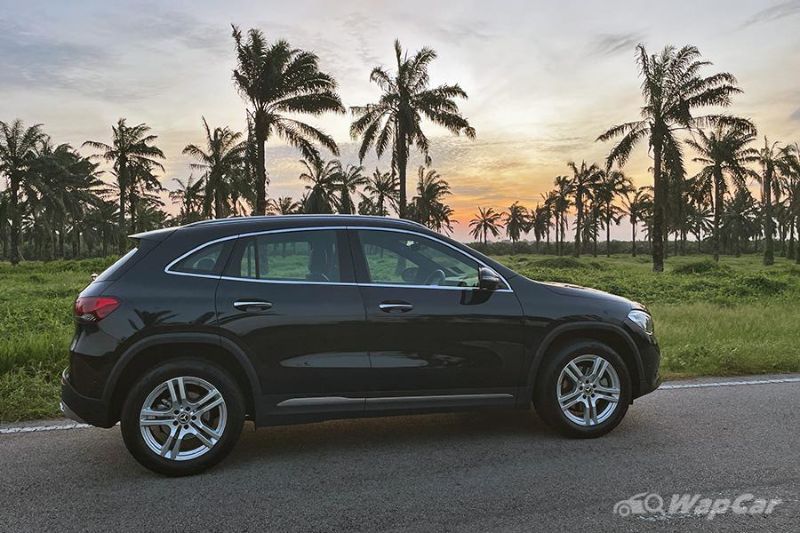 Like it or not, SUVs are here to stay and for many buyers seeking a Mercedes, most wouldn’t mind that it isn’t the traditional sedan. The GLA 200 still gives off that air of prestige in a trendy SUV form. 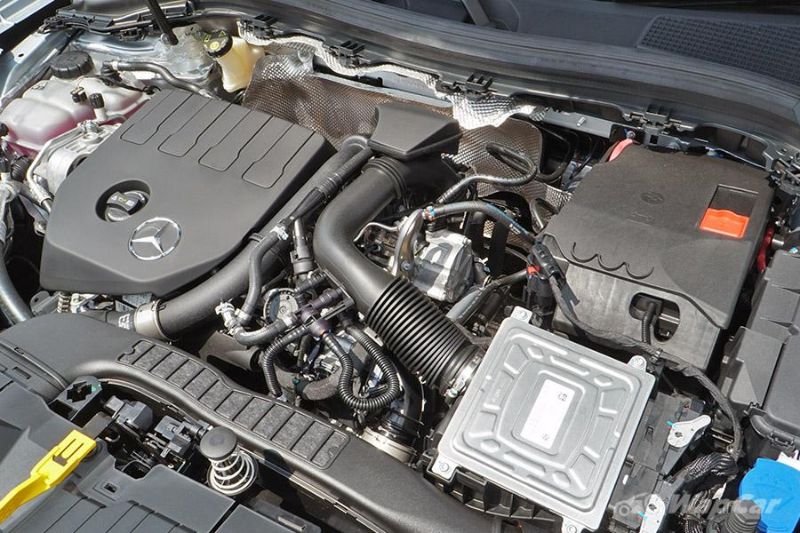 Underneath, the GLA 200 is powered by a 1.3-litre turbocharged 4-cylinder that’s jointly developed with Renault. If you’re looking for more power, the GLA 250 which costs around RM 30,000 more is a better fit with its turbocharged 2.0-litre engine (224 PS/350 Nm). 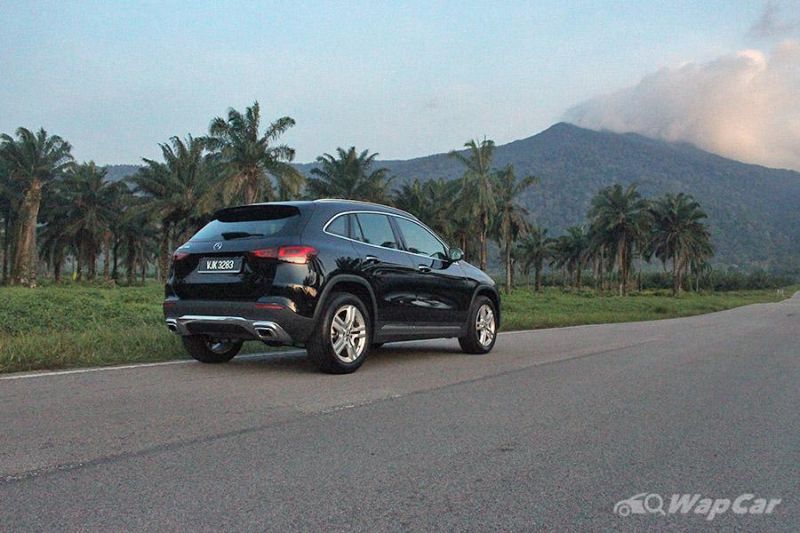 Despite the seemingly small engine, the base GLA can still pull and when you’re driving long distances, 163 PS and 250 Nm is just the right amount. It’s not too much power that it would scare your parents away for that scenic trip to Gunung Ledang and it is also tall enough to easily get in and out of. 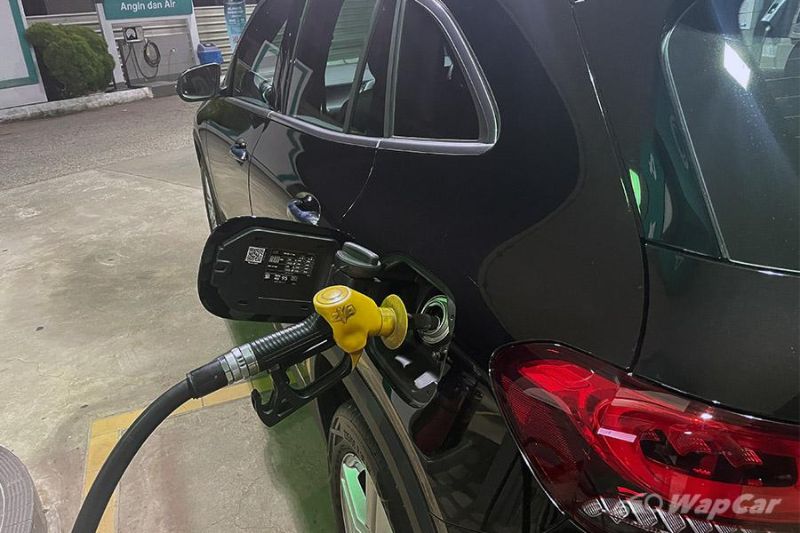 Also read: Ratings: 2021 Mercedes-Benz GLA 250 in Malaysia - Performance and class at a premium 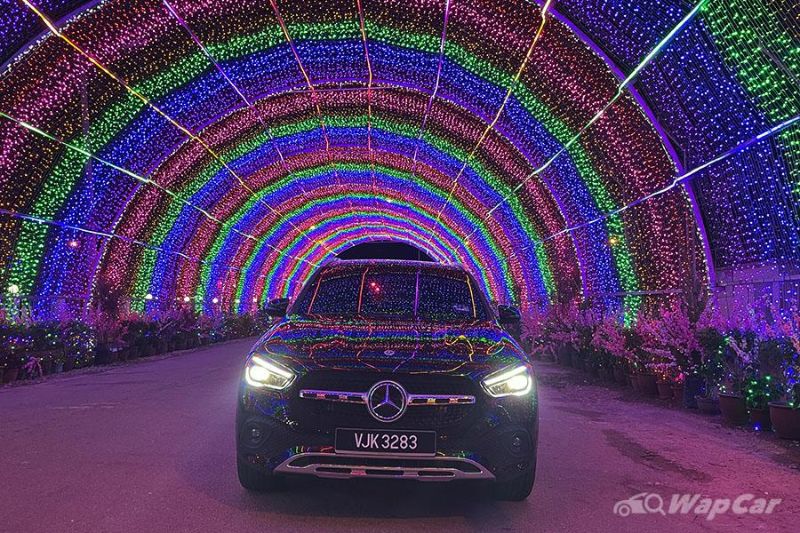 Having said that, an everyday car doesn’t bring out the same prestige as a Mercedes badge and some of the buyers eyeing a GLA 200 would likely be upgrading from their regular vehicle from a mainstream brand. 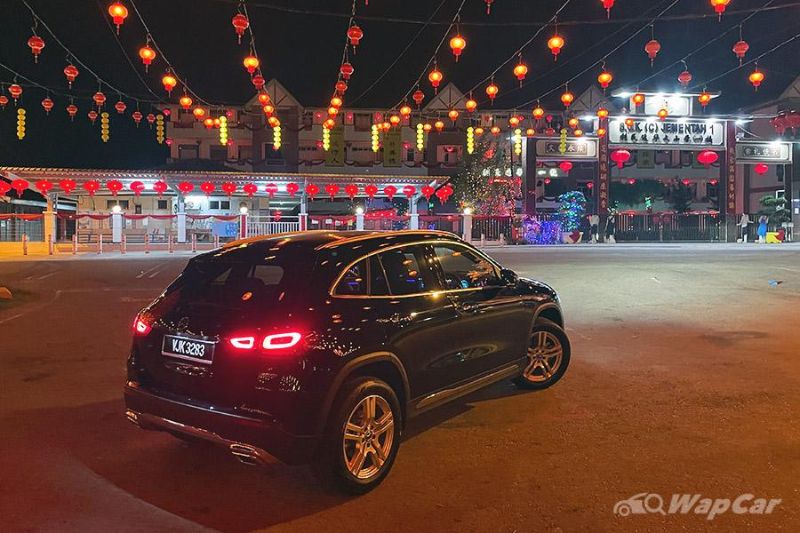 To that extent, the GLA 200 is an excellent first Mercedes-Benz for those wanting to experience what it’s like to own a prestigious brand. Fans would probably suggest the older models and while some like the W124 are bulletproof and has an enticing price in the secondhand car market, they come with the baggage of high maintenance cost since parts can be quite expensive. 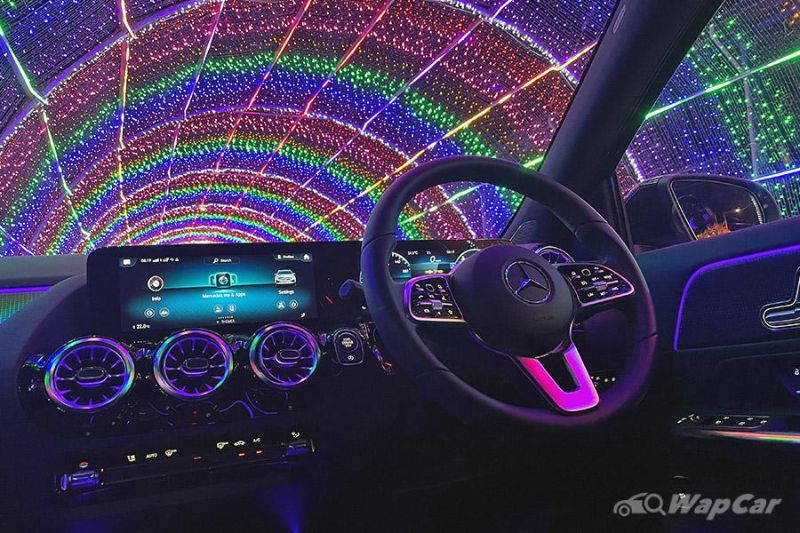 After all, it is still a Mercedes-Benz and plus, the GLA 200 comes with modern convenience features like a hands-free tailgate, ambient lighting, and Active Parking Assist which helps to park the SUV for you at the touch of a button. 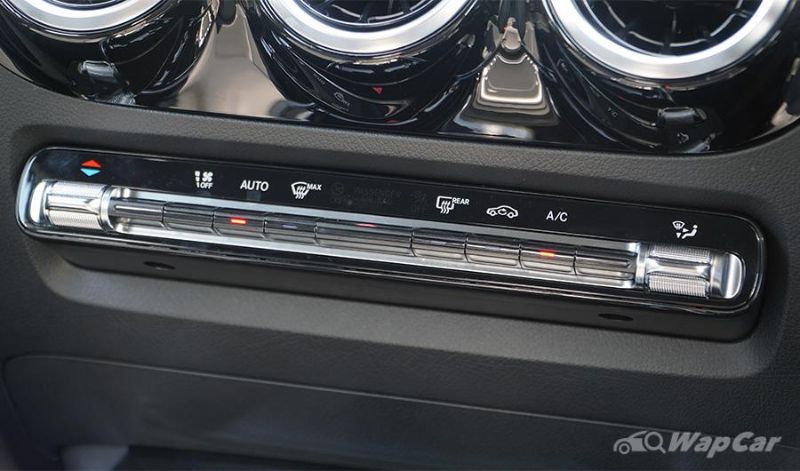 To some, a modern Mercedes can be a bit overwhelming with a massive touchscreen interface and the gear shifter being mounted like a stalk, but you would get pretty used to it quickly. The buttons are all ergonomically placed too so you wouldn’t have to fiddle around trying to adjust the air-cond blower speed or change the volume. 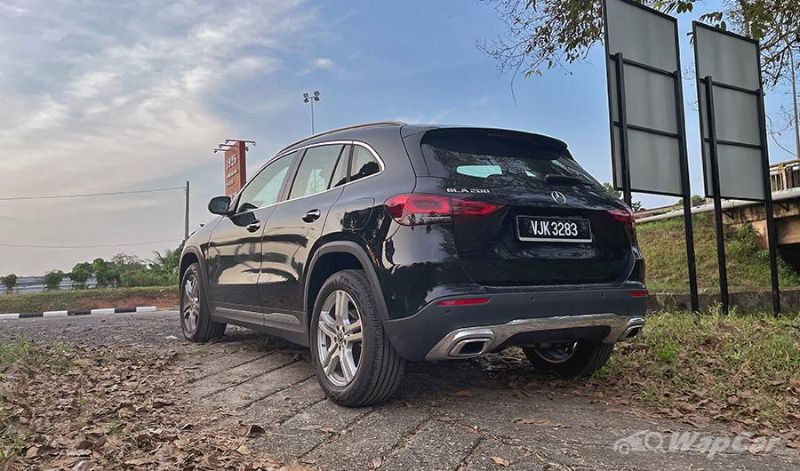 Prior to taking the GLA 200 for the weekend, my last experience with a Mercedes-Benz was back when we rounded up a bunch of cars for the WapCar Car of the Year shoot back in 2020 with the W205 C200 AMG Line. Needless to say, I was a bit disappointed with the experience. 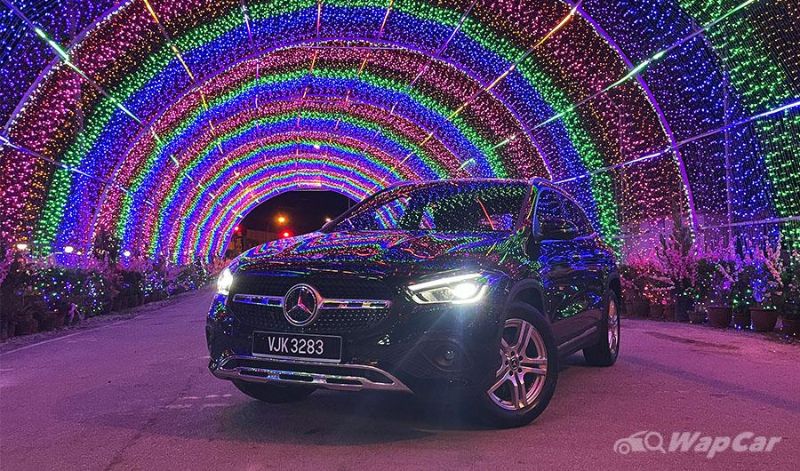 Fast forward three years later and I’m happy to report that the base Mercedes SUV has triumphantly restored some of my faith in the three-pointed star. The GLA 200 works just as well in the less crowded towns surrounded by nature as well as in the city all the while being very comfortable and a bit fun too. 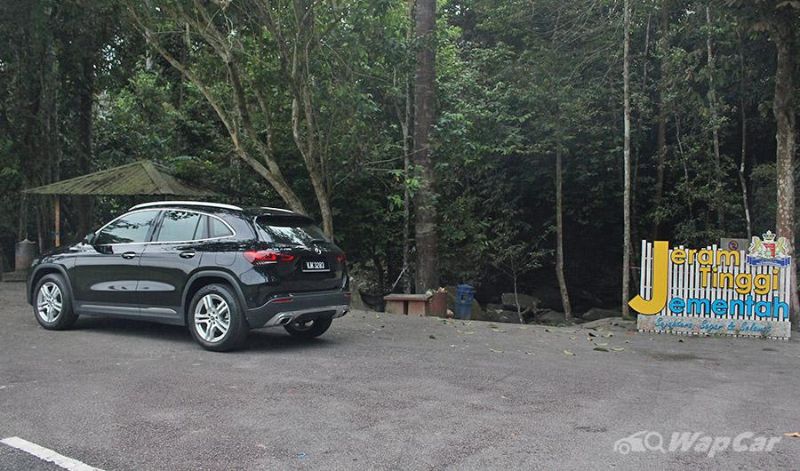 It might be an SUV but most of all, it is still a Mercedes while also being not too burdensome for your petrol and road tax payments. For those who finally made it and want to dip their toes, fingers, and other appendages into getting one, the GLA 200 is unabashedly the best starting point in entering the world of “best or nothing”.