Taxi driver rams into other taxis in Sabah airport 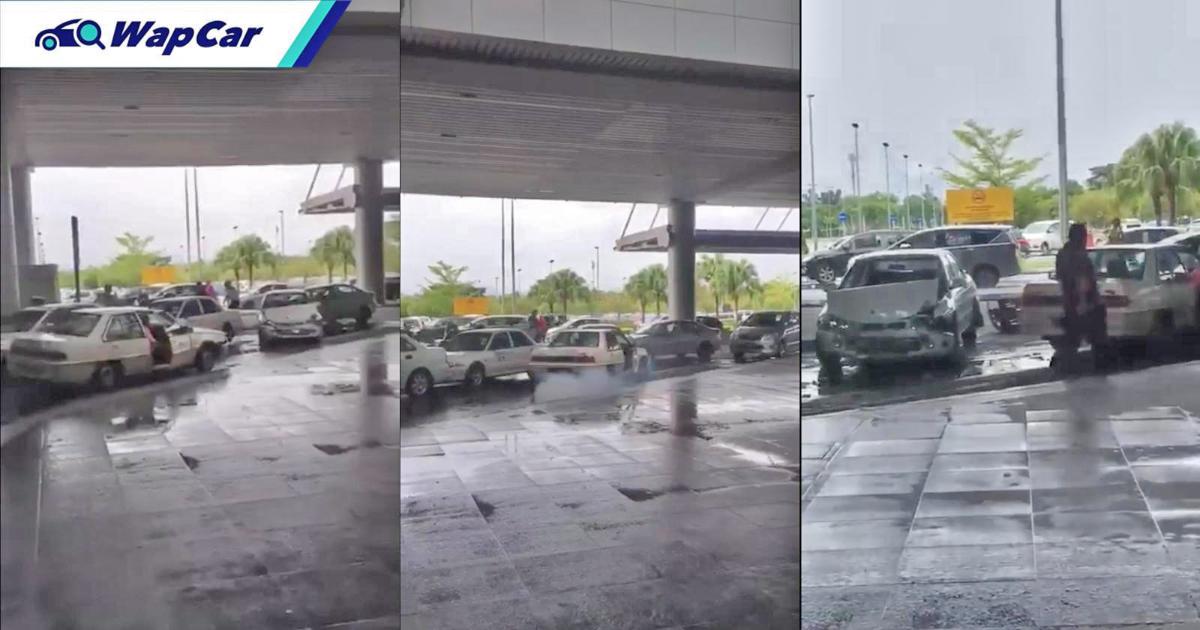 In the latest viral road rage incident, a taxi driver in Sabah was caught on camera ramming his car into other taxis parked along the road.

According to Funtastiko, the incident happened at the waiting area at the Kota Kinabalu International Airport just this afternoon (19-July-2021).

Check out the other video in the comments section below for a clearer view.