Watch: Lorry driver mows down other road users while escaping hit and run 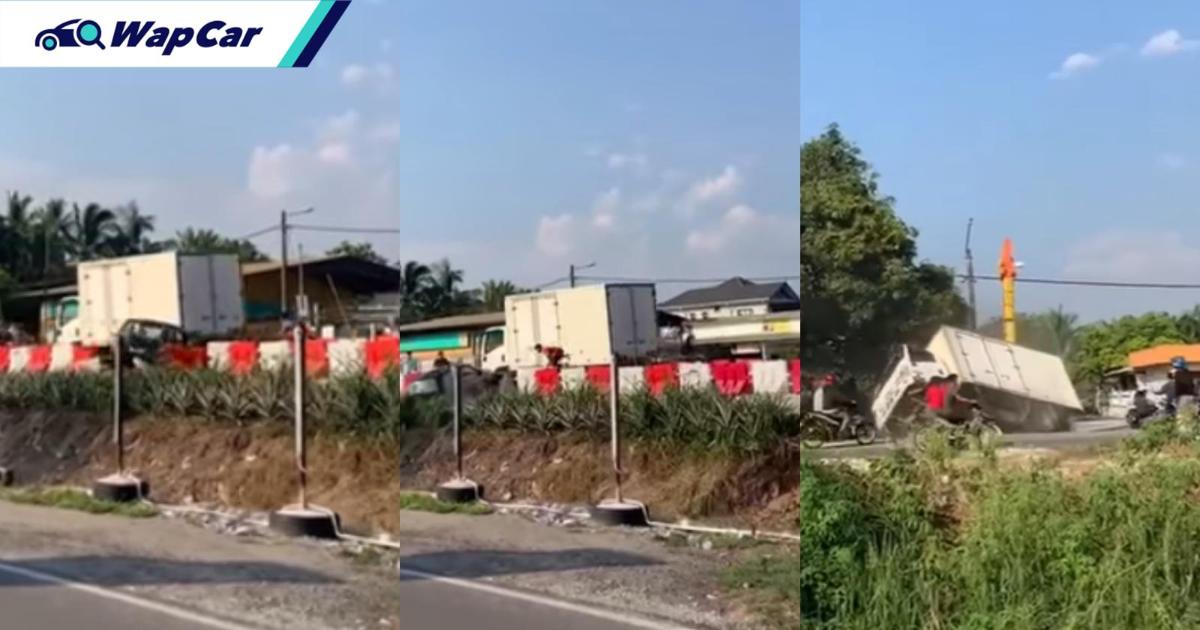 In a video that went viral yesterday, a lorry driver is seen frantically reversing and almost mowing down several motorcyclists and beaching a black car before crashing into a ditch. Early information revealed that the lorry was attempting to escape a hit and run that happened just minutes before it was recorded.

The incident happened in Kampung Bukit Changgang, Banting yesterday evening. According to the original uploader, the lorry was involved in an accident with a motorcyclist off camera before attempting to escape.

Witnesses at the scene were able to prevent the driver from escaping and hand him over to the Royal Malaysian Police (PDRM) for further action.

If you’re worried that victims and witnesses will get aggressive in situations like this, stay calm and inform them that you would like to head to the closest police station instead of attempting to escape.