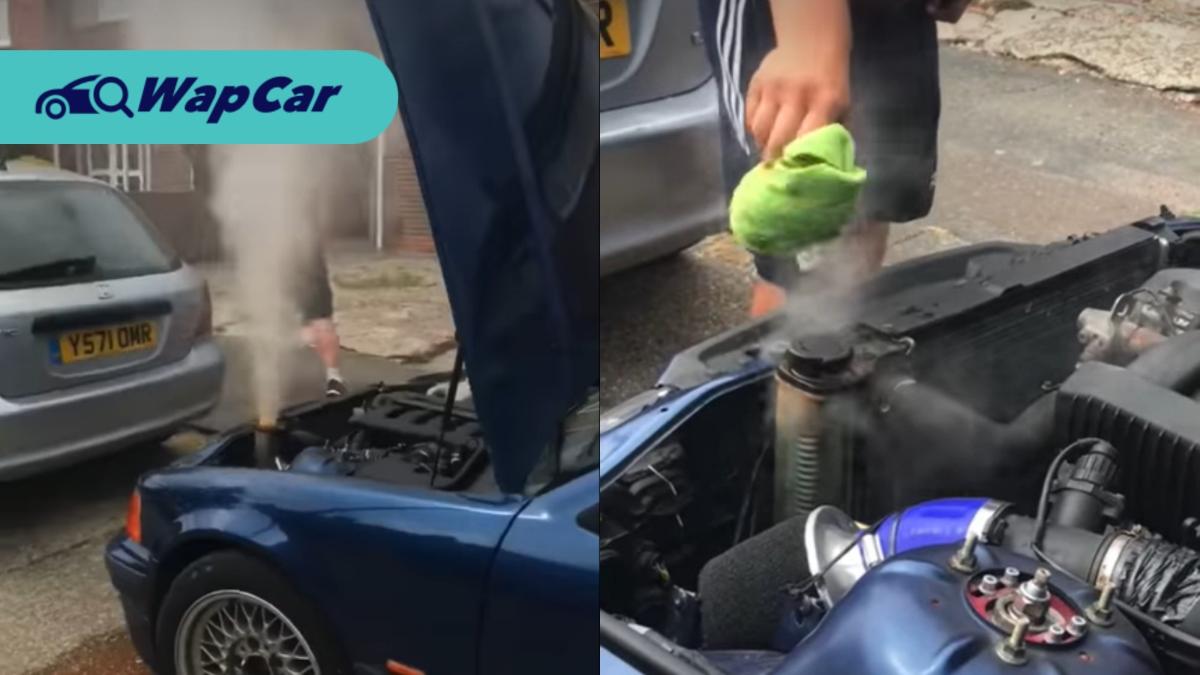 We’ve all been in that situation before when we have to stop at the side of the road because your engine was overheating. But do you know what to do next after you pull over? Certainly not opening the radiator cap like what the guys in this video did.

In the viral video, a few men were seen attempting to open the cap of a steaming radiator. They managed to open the cap but what followed was utter chaos as burning hot water burst from the radiator opening and shot into the sky.

If you think about it, it is pure common sense not to touch the lid of a pot that has just reached the boiling point. The same theory applies here with the overheating engine.

There is no need to open the radiator cap, just park your car and shut off the engine. It would help to open the bonnet to let the hot air out and allow cooler air to circulate through the hot engine. You can also pour cool water around the radiator to help cool the parts down faster.

The reason why the water shot up in the air is because our car engines use a pressurised cooling systems for better efficiency and performance. The radiator cap in many vehicles actually functions as a valve to regulate coolant flow between the radiator and a reservoir.

As you can see in the video, the man that was caught in the spray of the hot water from the radiator walked away with very bad burns. Let this video be a reminder of what we should not do when we encounter problems with our cars.

If you're wondering why the engine is emitting brown fluid, the brown mix is actually rust in the engine's system caused by the use of pure water as a coolant for the car.

This is why some owners go the extra mile to insert proper coolant mix, also known as antifreeze, to prevent the compounds in pure water from corroding the engine's system.