** This article is the personal experience of a 2019 Proton Saga Premium owner and does not necessarily reflect the views of WapCar. 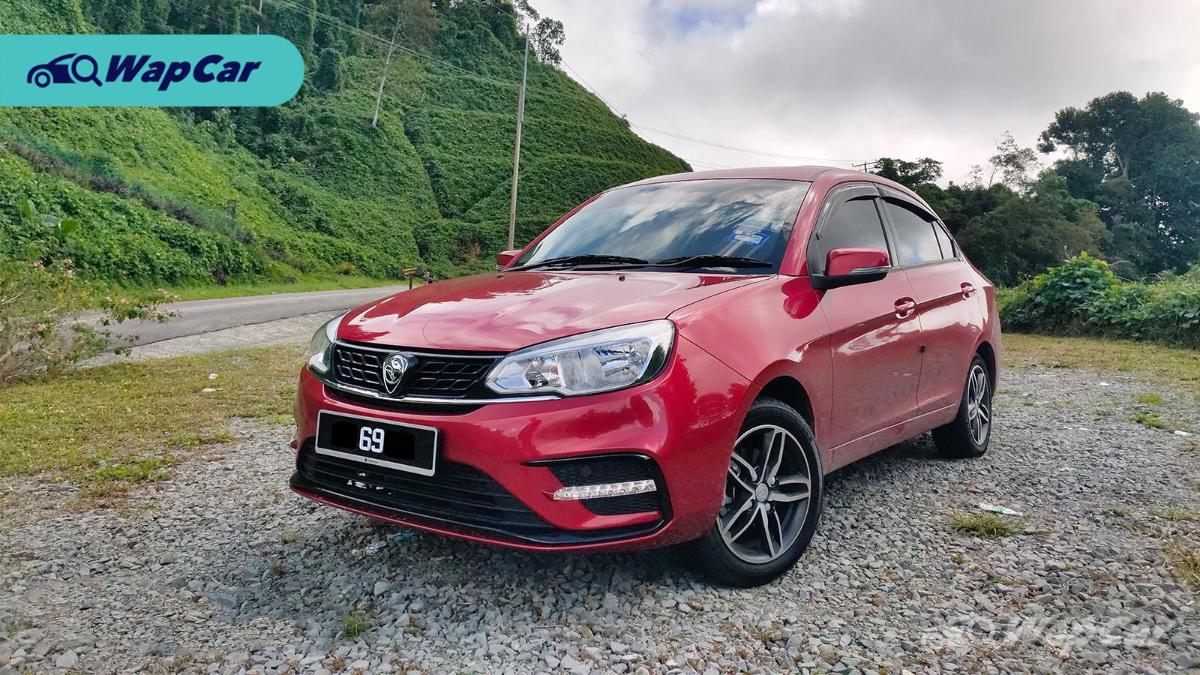 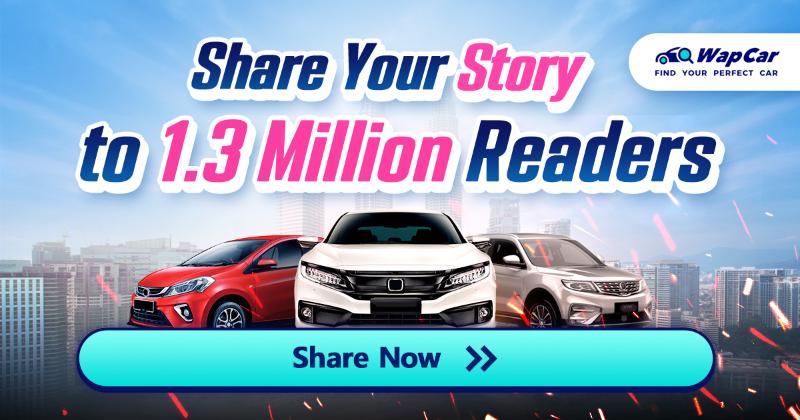 In March 2020, I was looking for a new daily driver to replace my ageing first car, the Honda Civic Ferio EK3 (M) which is having various mechanical problems.  I’m not fancying for Honda City, Jazz or even Toyota Vios because of high monthly instalment rate over MYR500. This led me to only have 3 option the Perodua Axia, Perodua Bezza and Proton Saga Premium 2019.

After test driving both Perodua models, I found out the Axia is too basic for my “modern car needs” and priced similar to the Saga. As for Bezza, it's very pricey for stretched Axia with same basic interior quality and poor ergonomics, the engine Performance is great but since I prefer handling>power both have poor body roll and I end up with only 1 choice, the Saga.

I didn’t even test drive the Saga as I expect it to be same as my parent’s Proton Saga BLM 2008 (M) which I commonly drive when my first car is broken down (again). I have trust in the BLM as it never breaks down since 2009 (the year my parents bought it) and the only problem it had is broken ac fan motor and changed battery once.

I picked red color for Saga because it’s my lucky color, paid the booking fee and salesman told me it will arrive on April 2020. Apparently, pandemic happen around the world including Malaysia, the car shipment from Peninsular to Labuan delayed for more than 4 months and it arrived at Borneo shores at Jun 2020.

After done all paperworks related to the car and I was able to bring the car home at late Jun 2020, at night I was busy reading all manual books and surprisingly there’s no manual related to Infotainment System and I had to Google it myself. Changed the wallpaper, mated the Bluetooth system with my phone and changed device name to “Mercedes CLA45 AMG” for fun (lol). Next day I bring it to window tint shop and tinted it following the legal guideline.

Driven the car to a local B-road to test its handling and it was on-par with my Honda (both have Strut Stabilizer Bar) and does better than both Saga BLM and Axia.  The power, however, gets “nerfed” by AT transmission and it was haunting gears and the throttle pedal thinking I was still going for economy driving, the “Sport” mode however does great job accelerating as I usually do on the Honda but I didn’t use much since it was pretty much useless.

Fuel consumption however it was just like the Saga BLM but at highway cruising speed at 80km/h  Saga Premium’s RPM sits at 2,500 while Saga BLM sits at 3,000RPM which lead the Premium have better fuel saving than the BLM. RM20 every week is not a problem for my daily Work-Home destination compared to the Honda’s fuel thirsty nature.

Fill up the car at RM40 (5 fuel bar increased from 1 bar) and drive from Labuan – Kota Kinabalu approximately  177km (sounds short but Sabah’s road is on another level) it only brings down 1 bar and  still have plenty of fuel for driving around the city. (No Sport mode involved)

After done visiting my relatives in Kota Kinabalu I bring the car to local route to test its performance, as I was driving uphill the normal “D” mode won’t do much except give best lowest torque possible as  well maintaining good fuel consumption and I changed to “S” mode the car behave differently, it likes maintaining high RPM for best possible power and holding same gear for long period of time, and don’t expect it to did better than Honda’s VTEC system, the Honda would probably smoke this car at start of uphill. 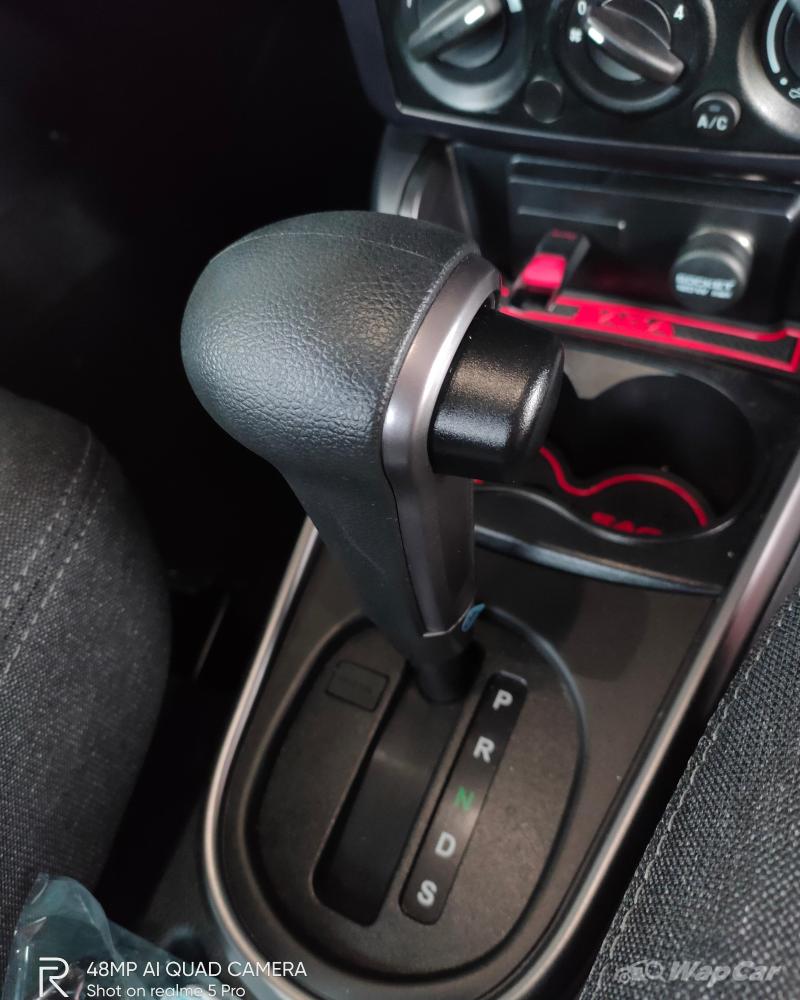 Meanwhile, during downhill, I suggest don’t use “S” mode because the car won't engine brake like usually people did on Manual car, the “D” mode tried its best to engine braking but randomly did, most of the time it won't. Compared to Saga VVT 2016 which I rented long time ago, the CVT gear did better during uphill and downhill as it will hold the same gear ratio during climbing and automatically engine braking during downhill.

Power wise, the VVT engine have better power delivery than silly Campro found in Saga BLM, heck the Campro can’t even keep up with Vios as its only way to play is by powershift the Manual Transmission, it’s quite a shame the Saga Premium didn’t come with Manual but who cares? It’s a daily. Overtaking car or truck is an easy job as I drop to “S” mode and pedal to metal the car and change to “D” mode back.

For short and long distance driving the seat gives best lumbar support and well designed for all sized occupants, not sure for rear passenger though. There’s enough storage for water bottle, place to put smartphone and built in chargers but my friend said Bezza is more comfortable but it was all BS because I experienced once. Plus the Aircond is cold.

Yes, most Saga lacking good NVH until 3rd generation, at 100+km/h the cabin still feels quite inside unlike Axia and Bezza as their engine noise can be heard loudly with annoying wind noise.

Very basic, easy to use because it's very responsive and never lags even though the Android system has small RAM, plus radio control at the steering wheel makes it even easier to use! Plus I can even make a call when Bluetooth is connected to the phone and the handy reverse camera which I rarely use.

Conventional bulbs are a lot cheaper, easy to find and easy to replace. Except for DRL of course.  I can even use LED bulbs but no, not that Ice Blue Thai that blinds people coming from behind.

You can fine tune however your speaker sounds like as for me I like to increase the bass as I can, the speakers are high quality is like hearing from headphones.

As the name says, the wheel design, chrome inserts, interior design, exterior design and rear spoiler makes it feels premium than its competitor but just lacking the fabric door insert.

Basic carpet, no Rubber tray in boot, no window visor and no free tint. These stuff are came free in Saga BLM but not this one. Cost cutting.

Honestly, I hate this one because Saga BLM which uses same chassis design came with full size, even Axia and Myvi have full size spare tire. Cost cutting is obvious here.

Since they put the interior light at the front, rear passenger are in pure darkness. Proton should put one on the middle aswell.

After week of use I have to push harder the lock,unlock button and boot release button.

Easy Connect thingy is sometimes glitch like sound won't coming out from car speaker when connected to the phone via USB cable which is another job to do and the mirror display have poor resolution. I recommend just don’t use this thing.

I’m sure people at Proton thinking people won’t use Saga for driving at foggy area, but its obviously get removed for the fancy DRL.

Unless you are going in reverse “R”

I didn’t have any high expectation on this Proton Saga as its job is to be a new daily driver that can be driven by anyone in my household, but sometimes it can be used as a workhorse, balik kampong car, long journey car and occasionally used for performance driving. The cons mostly are nitpicking because there’s no major problem and it can be solved at car accessory shop. Easy to say Proton Saga Premium 2019 is “ Jack of all trades, Master of none”, the title fits the car as its cheaper than Bezza, more equipped than Axia.

I have been driving this Proton Saga for 1 month and done first 1000km service (not free), the car starts feels more responsive as the ECU learned the driver habits during the break in period. This car ticks most of my daily needs. Good Job Proton!