Proton is set to launch a new 7-seater MPV model in Malaysia in Q4 2022, if claims by Proton supplier JHM Consolidation Bhd, which makes LED lighting and audio visual systems for Proton, is to be believed.Note that Proton has not said anything about its next new model, and the following are claims made by JHM, in a recent interview with The Edge.The business publication reported that JHM had signed a technical collaboration agreement with Jiangsu Dekai Auto Parts Co Ltd (Dekai) last month, to su

Proton has previously said that it is committed to launching at least one new model every year and based on past history, they are not referring to just minor updates/facelift models, but all-new models. So what’s coming for 2021?The Proton S50, V70, X90 dont exist yet but that hasnt stop netizens from giving these trademarked names a life of its own. Before that let’s do a quick recap.Zhejiang Geely Holding Group formalized its 49.9 percent stake in Proton in June 2017. Less than a

At a recent virtual meeting with Dr. Håkan Sandquist, director of powertrain strategy at the Geely-Volvo Car jointly owned powertrain specialist CEVT AB, we posed a question to the person who lead the development of the Proton X50’s three-cylinder 1.5 TGDi and 1.5 MPI, will Geely go smaller than 3-cylinders?Beyond the 1.5-litre 3-cylinder, Geely also has a 1.0-litre three-cylinder for the Chinese and European market. So how small is too small?Fiats TwinAir 2-cylinder engine was a com

If youre looking for a 7-seater family MPV, you could do much better than the aging Proton Exora. Really, in the 11 years that its been on sale, things never really changed much - its always had passé looks, dated features and a thirsty, tired powertrain. Review for the Exora Premium can be read here.Possibly the only good thing about the Exora is how about much space you get for the price - 7-seats starting at RM 59,800? Where else can you find that? But thats about it, and Proton desper

The 7-seater C-segment Geely Jiaji is billed as a more upscale model to replace the ageing Proton Exora (on the market since 2009). Our recent posts on the yet to be confirmed Proton V70 (Geely Jiaji) have spurred a lot of conversations.Geely JiajiIn fact, interest in the Geely Jiaji have taken a life of its own, as netizens have took it upon themselves to unofficially name the car on behalf of Proton, making ‘Proton V70’ a trending keyword on Google searches.While Proton have tradem

Both the Proton X70 and Proton X50 have steered the domestic car maker to a fresh and new direction. Proton has actually registered a few interesting model names back in 2018, and one of them is the Proton V70 name.X50. Read our review here.If the “X” letter has been used to name crossover models, the “V” letter might just be used to name MPV or van-like models. Proton has told its investment partners that a new Geely-based model is due for 2021. The model of the car is y 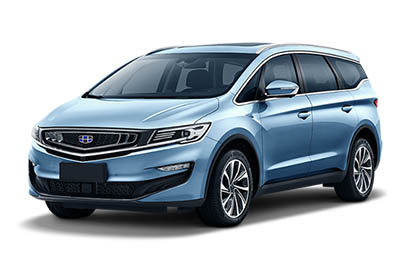