HomeNewsEvolution of the Proton Saga in 35 years - The pride of Malaysia or wasted potential?

Evolution of the Proton Saga in 35 years - The pride of Malaysia or wasted potential? 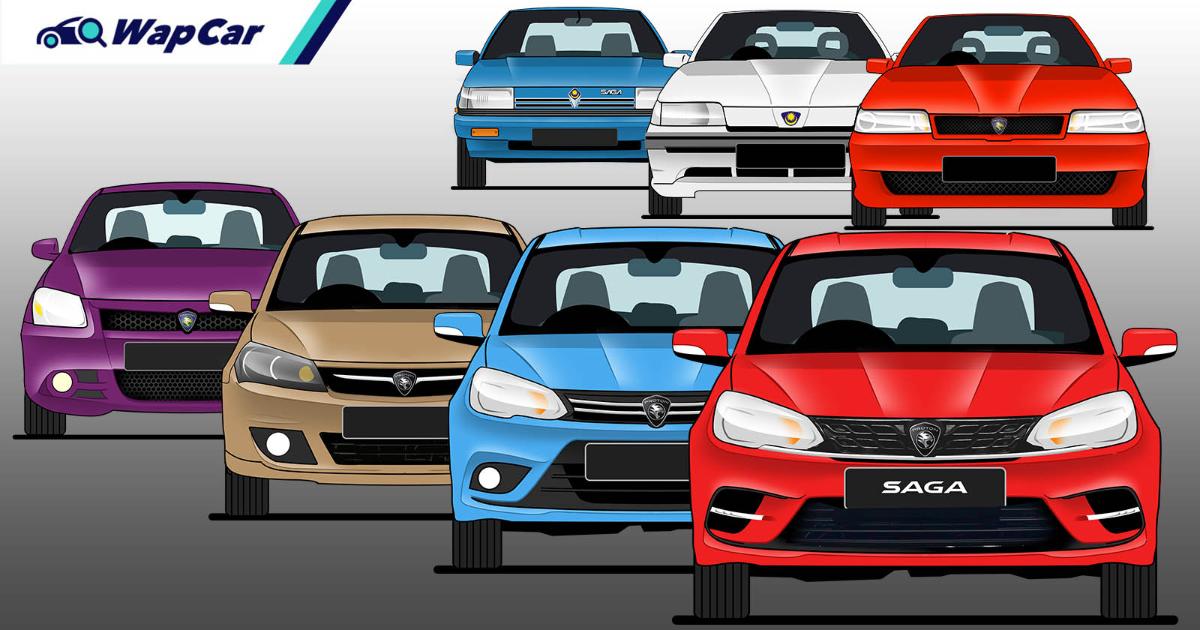 Proton was one of the few carmakers to emerge from the 80s (coincidentally, Geely was also part of that small batch). The first car to bear the Proton name was the Proton Saga. Based on the Mitsubishi Lancer Fiore, the Saga was a big deal for Malaysia when it first came to fruition in 1985. 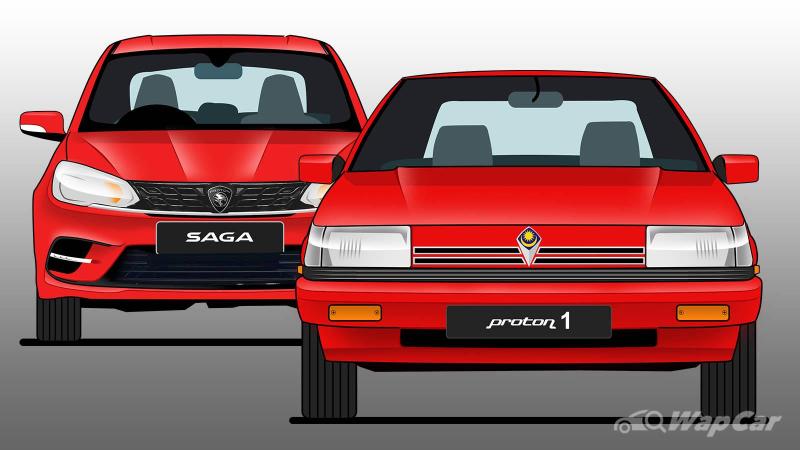 Thirty five years later, the Saga remains highly relevant. The compact saloon is affordable and perfect for young families. It is a worthy successor to the “Saga” name.

Having evolved over 35 years, the Saga has been through many changes. We’ve seen the “Magma”, the “Mega Valve”, and the “Iswara”. Here is a look back at the origins of Malaysia’s first domestic car. 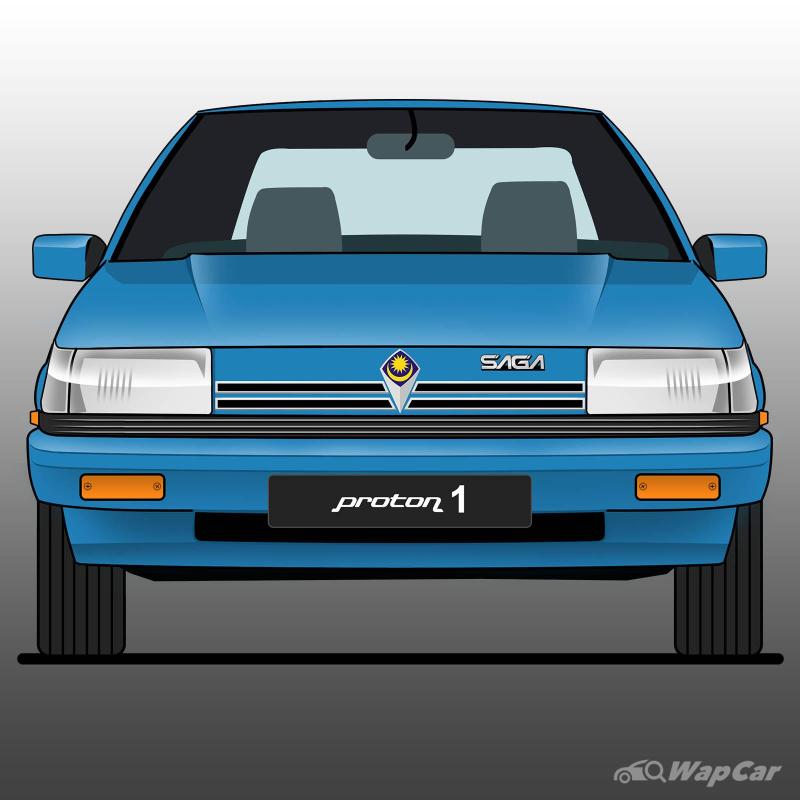 Launched in 1985, the Proton Saga was based on the Mitsubishi Lancer Fiore. Its Mitsubishi counterpart had been in the market for 2 years and car design language was changing fast in the late 80s. Straight lines with razor-sharp edges were going out of style very fast.

There are three engine names associated with the OG Proton Saga – the Orion, Magma (8-valve), and Mega Valve (12-valve) in chronological order. All were available in 1.3-litre and 1.5-litre versions. There was also the “Sirius” engine but that only made it into the prototype that was driven across the Penang Bridge.

Proton did attempt to export the Saga to the US of A, but the Saga enjoyed most of its success on  home turf. 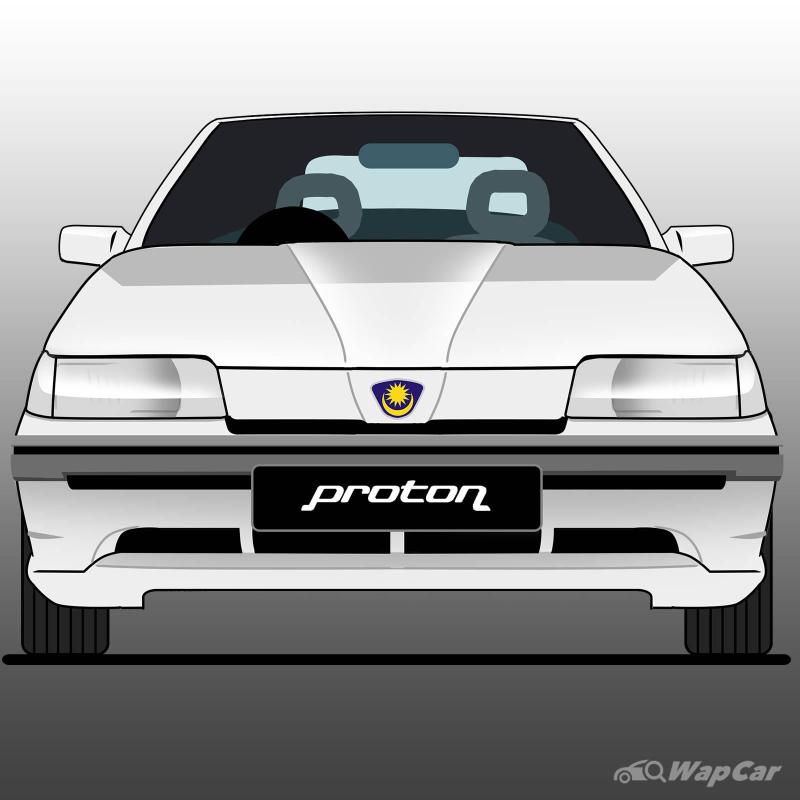 Updated but still based on the older Mega Valve platform was the Proton Saga Iswara. With rounded of edges and sleeker lights, the Iswara finally caught up with current design trends. In 1993 the Proton Wira was introduced, somewhat overlapping the Saga’s market share.

Widely used as a taxi car, the Saga Iswara was available with a 1.3-litre and 1.5-litre engine. While the 5-speed manual transmission allowed full access to the power band, the Saga Iswara’s automatic gearbox only had three forward gears.

A “Special Edition” was introduced in 2001 (aeroback only), featuring ride and handling by Lotus. 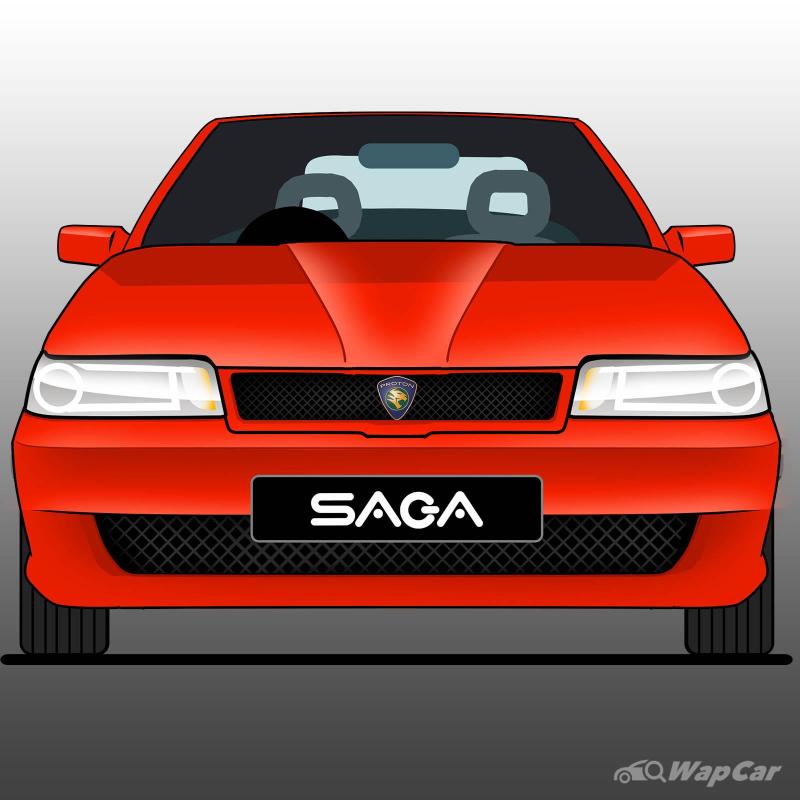 The 1985 Saga platform received its final iteration in the Saga LMST. It was only available with a 1.3-litre engine and a 5-speed manual gearbox. The LMST was an attempt to make the Saga a little sportier, but that was not really what the people were asking for.

The LMST was sold until 2008 and lived to see the launch of the Perodua Mvvi. A facelift was given in 2006, which included a new exhaust manifold and extractor. In its most affordable form, the Saga LMST was available without power steering. 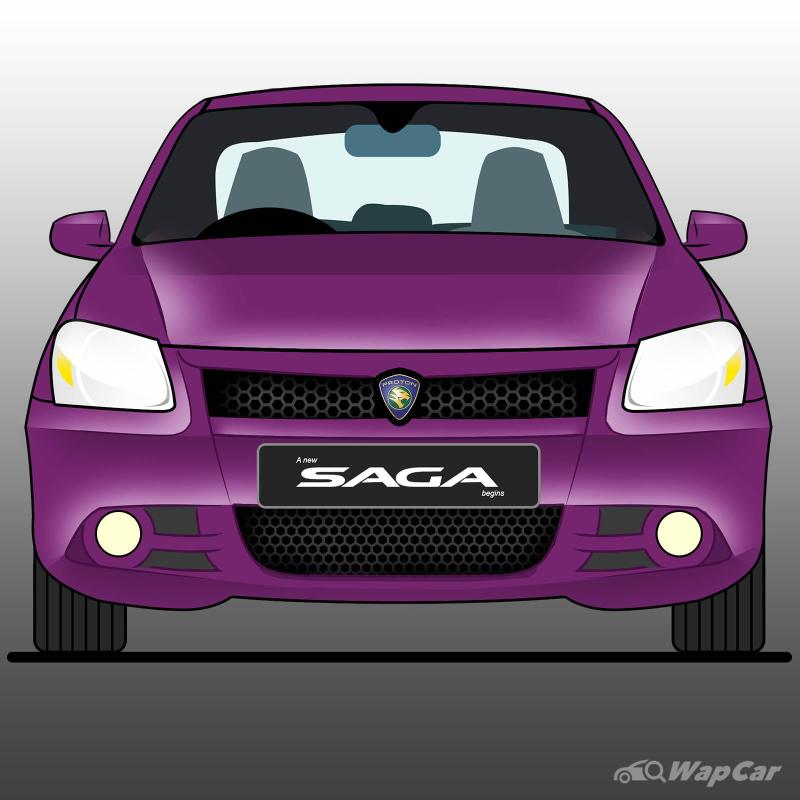 2008 saw the rebirth of the Proton Saga. The 1985 platform had finally been ditched. Although the proportions may look more compact, the all new Saga was much larger than its predecessor.

Like other Proton cars of this era, the CamPro (IAFM) engine found its way under the hood of the all-new Saga. A 1.3-litre and 1.6-litre version of the CamPro were available. At this stage, the Saga had not yet received the dreaded Punch CVT automatic gearbox.

More commonly known as the Saga BLM, this generation of the Saga is widely used as taxi cars like its predecessor, the Iswara. 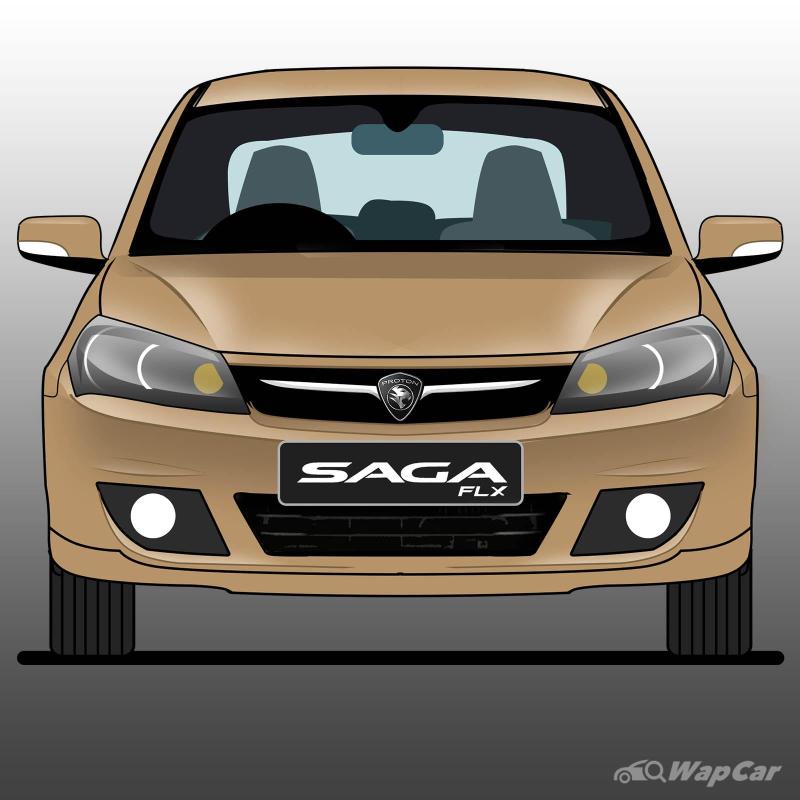 “FL” just stands for facelift. Previewed as the “Kasturi” at KLIMS 2013. Largely unchanged from the Saga BLM, plus points of the FL was a sleeker design and a passenger airbag. Still using the 4-speed automatic transmission, the FL was short-lived. 8 months after its introduction, its CVT-equipped successor, the FLX, took centre stage.

To work better with the CVT automatic gearbox, the CamPro engine was updated and designated as the CamPro IAFM+. In this iteration, the SV (Super Value Saga was also introduced, providing no-frills A-to-B transportation for the masses. 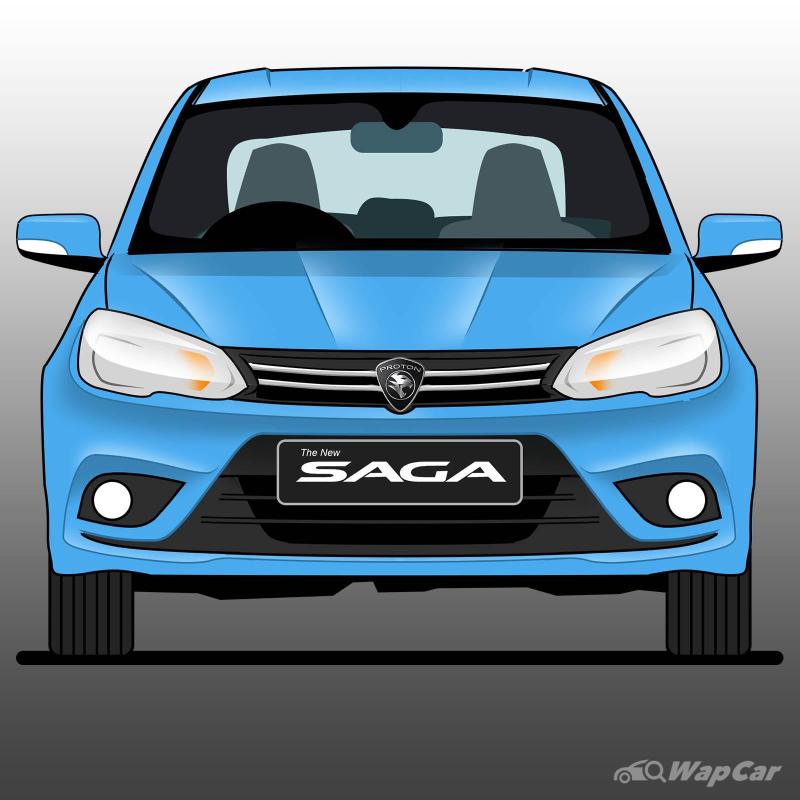 In 2016, the third generation of the Proton Saga was revealed. The Saga was redesignated as an A-segment sedan to make way for the new Iriz-based Proton Persona s the new B-segment sedan.

The IAFM+ engine had been replaced by the 1.3-litre VVT engine from the Proton Iriz. More commonly known as the Saga VVT, the exterior had been totally revamped from the FLX days. The design was more elegant and the grill chrome pieces helped to create a familial look with the Proton Perdana.

In its most premium variant, the 2016 Saga came equpped with ESC, a first for the Malaysian spec Proton Saga. 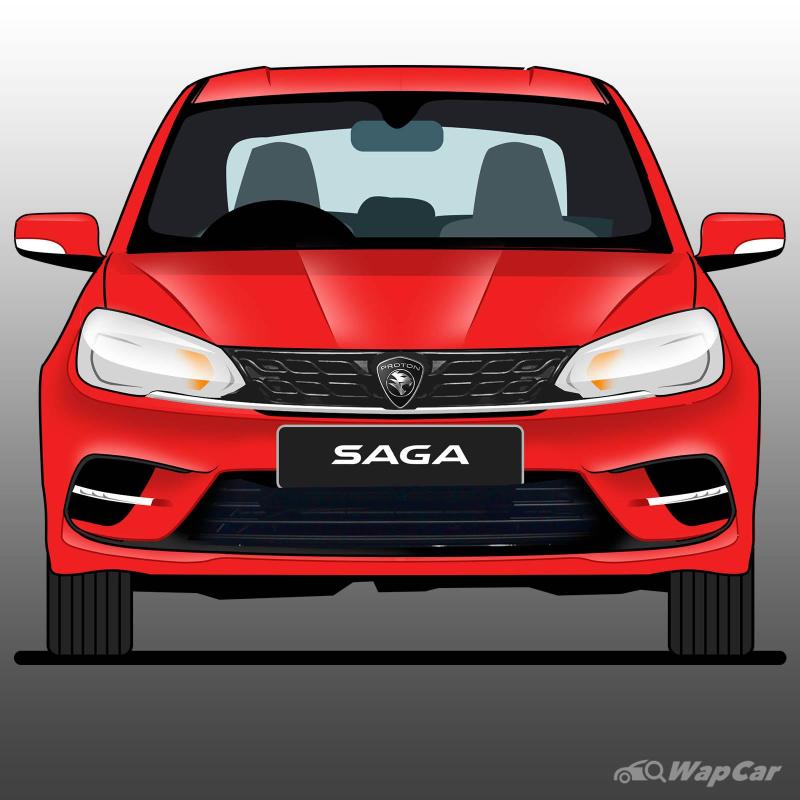 Following the debut of the Proton X70, the Proton Saga saw some changes to its exterior design. The obvious infinite weave replaced the dual-bar grille. The fog lights have been replaced with sleek-looking DRLs. The biggest change to the 2019 Proton Saga would be the replacement of the CVT gearbox with the good old 4-speed automatic.

It has been 35 years of the Proton Saga and the car has gone through various changes to cater to the needs of the people. Which version of the Proton Saga is your favourite? Share your thoughts with us in the comments section below!