HomeNewsDonor to the first Saga, this mint 1990 Mitsubishi Lancer is for sale in Thailand for RM 16k

Donor to the first Saga, this mint 1990 Mitsubishi Lancer is for sale in Thailand for RM 16k 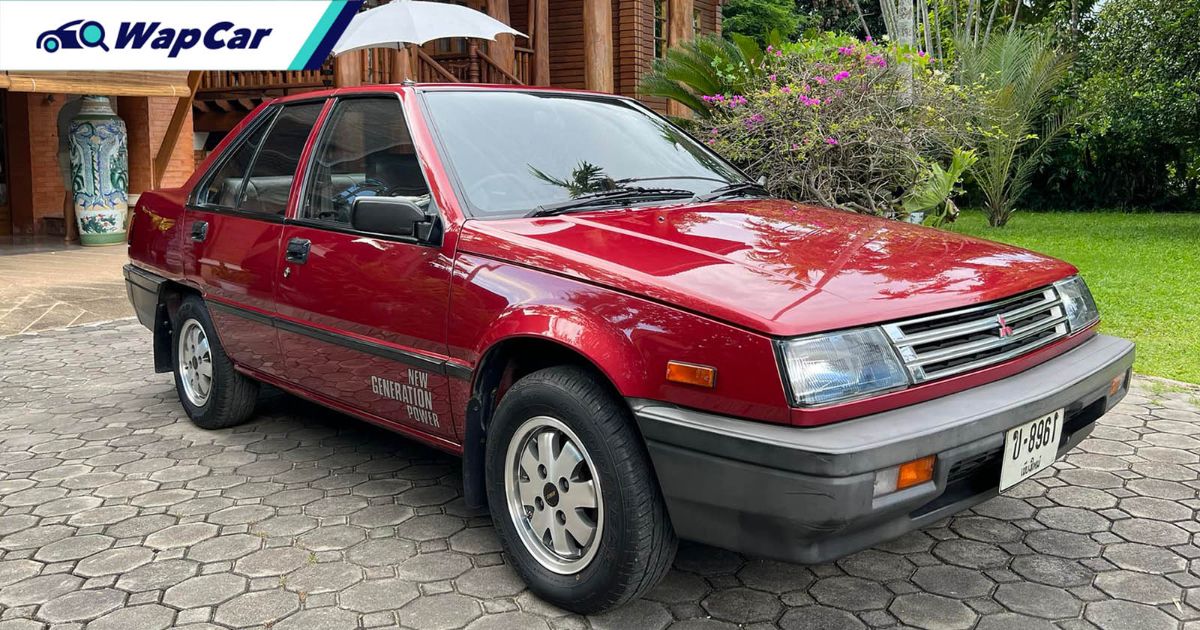 The first-generation Proton Saga is a car that paved the way for Malaysia’s automotive industry but its arrival came at the expense of Mitsubishi Motors leaving the market in the 1980s as part of a deal. The Saga shared the same mechanicals and an almost similar design as the Lancer Fiore which was briefly sold here as the Lancer F. 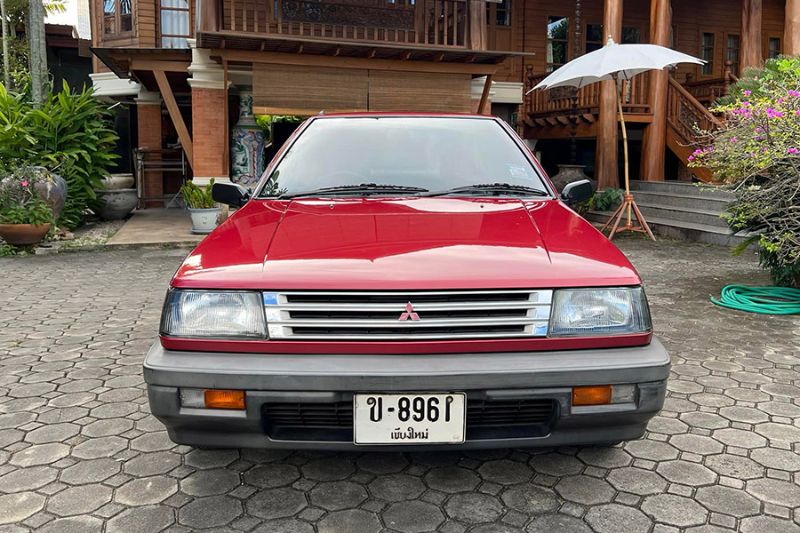 As cool as the conversions are, nothing can beat the real deal and this particular example of the Mitsubishi Lancer Champ that is found for sale in Thailand is one of the cleanest of the lot. 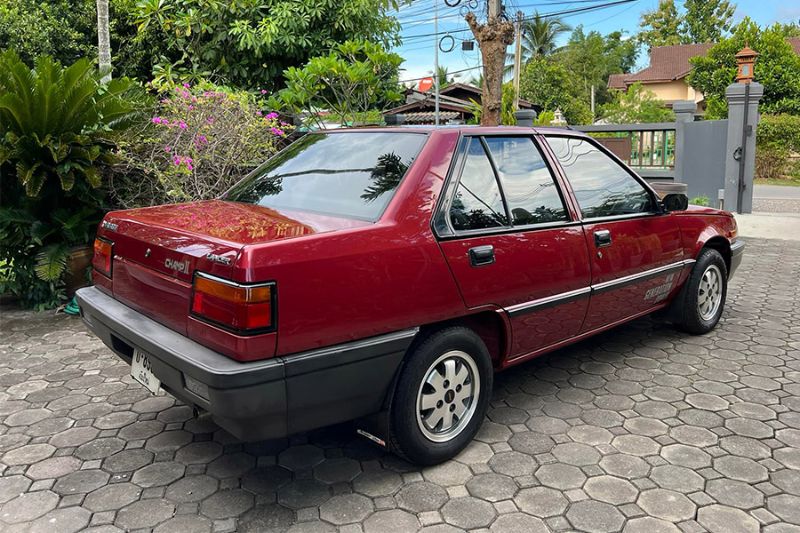 The Lancer Champ was introduced in the Kingdom in 1983 with a choice of a 3-door hatchback and a 4-door sedan. It was locally assembled in Laem Chabang until 1994. 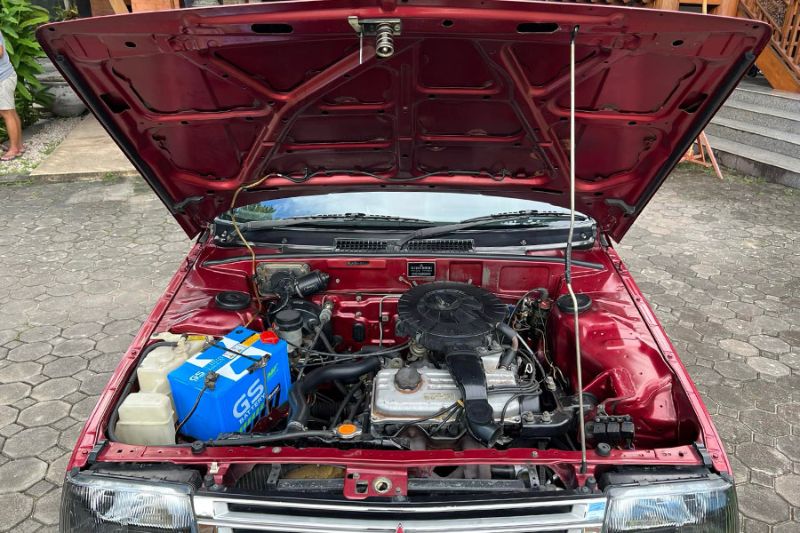 According to the seller, this is a 1990 Lancer Champ II which is powered by the same carbureted 1.3-litre Orion engine as the Saga. Paired to a 5-speed manual transmission, the Lancer is under the same owner ever since it was bought 32 years ago.

Also read: Proton Saga turns 37! Here are some fun facts about the car throughout the years 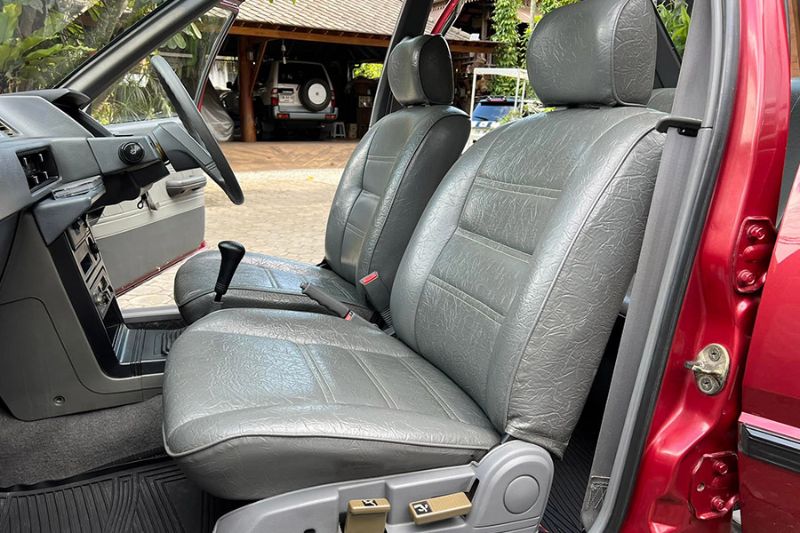 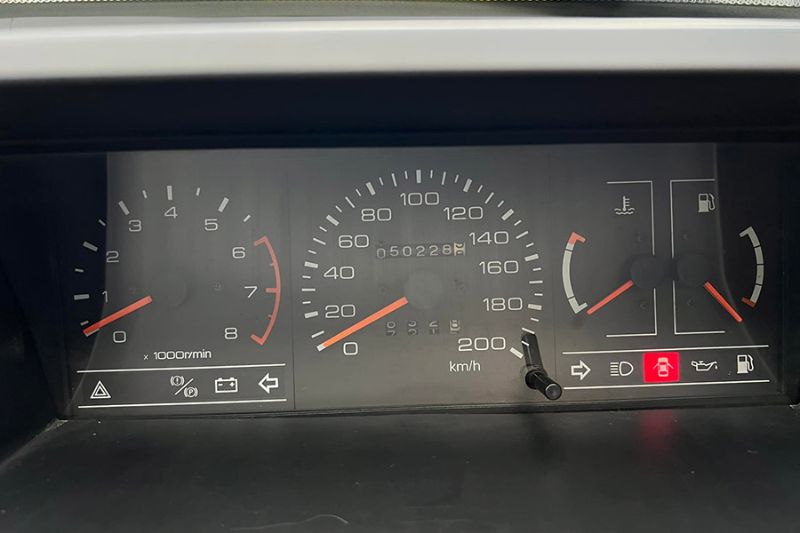 Everything about this Lancer is mint with its odometer recording a mileage of 50,300 km and the condition looking the same as it was back in 1990. The body seems immaculate and there appear to be no signs of rust whatsoever. 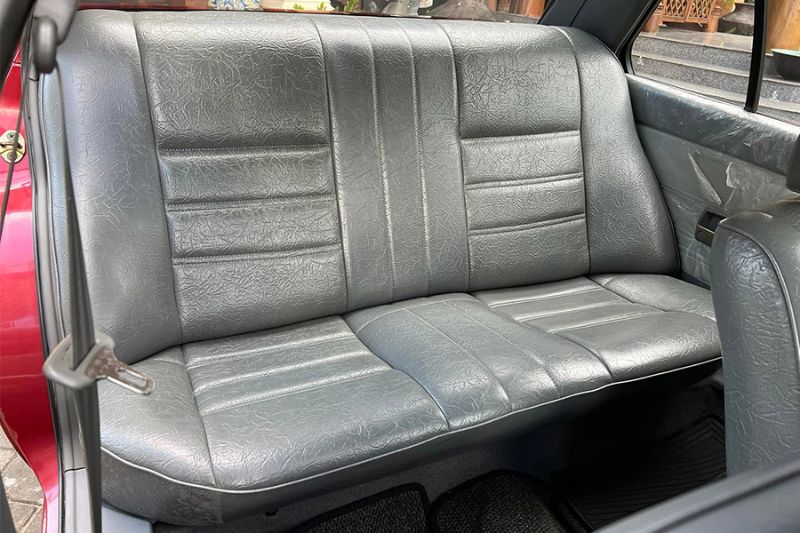 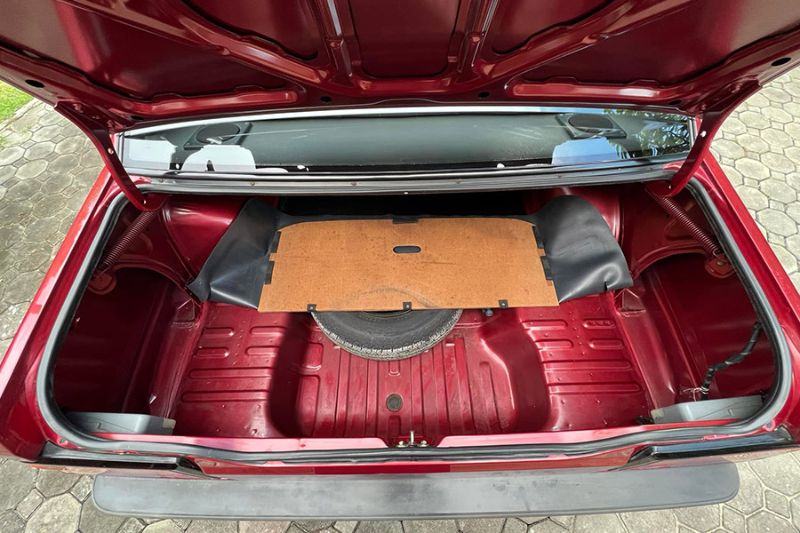 According to the seller, the car is always parked in the shade while the air-conditioning and the stereo are still working. 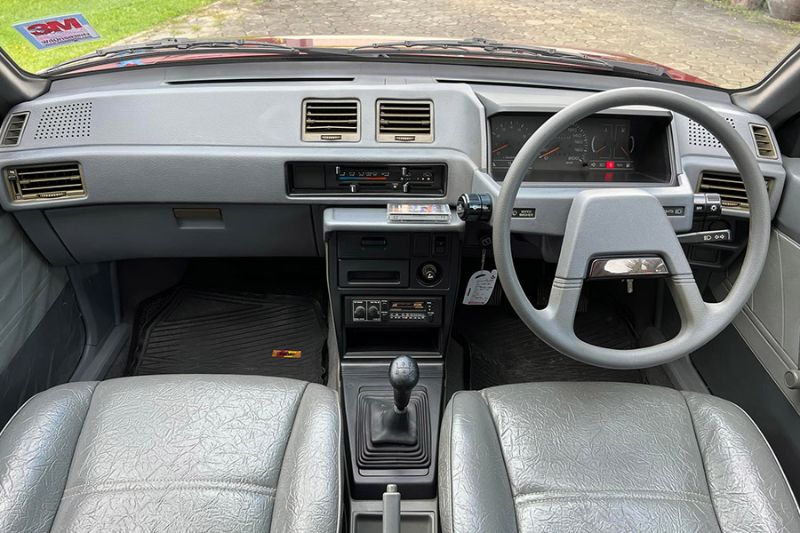 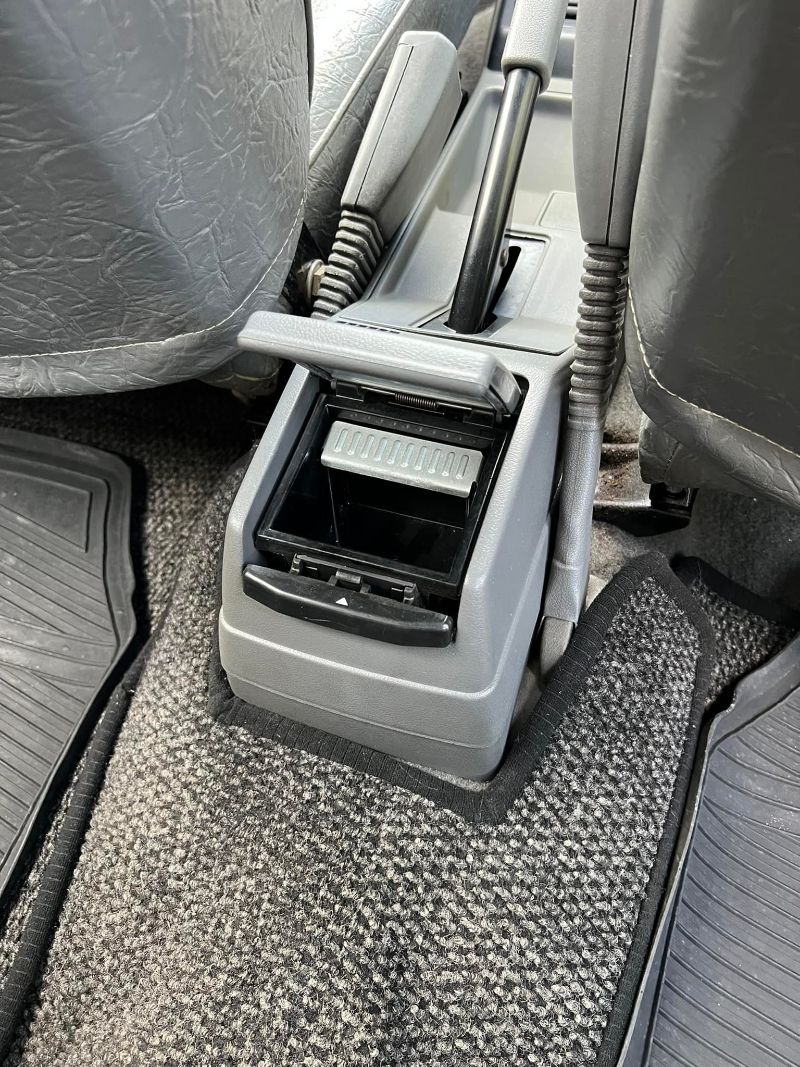 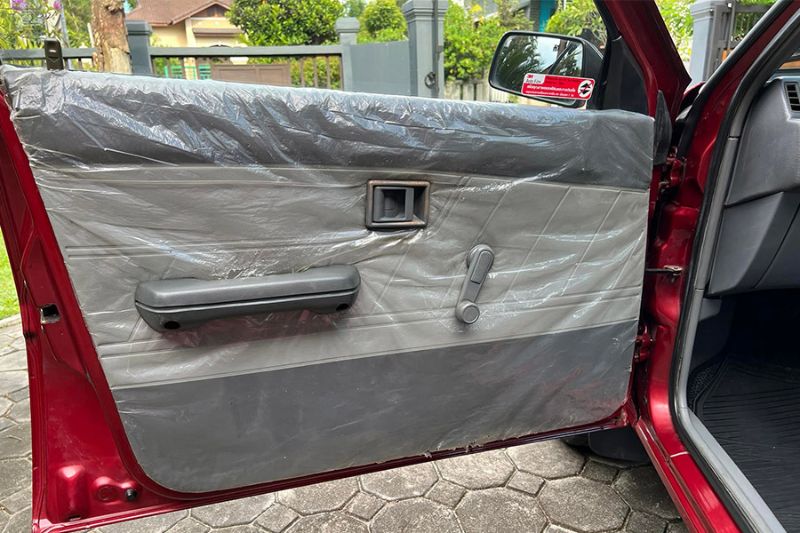 Speaking of the interior, the dashboard design is also seen in the UK-spec Proton Saga and Iswara. There are also some noticeably familiar parts to the Proton inside like the rear trash can/ashtray and the doors still have their original plastic wrap.

Also read: UK fans tell us why old Proton Sagas and Iswaras are getting a bit of a renaissance in Britain 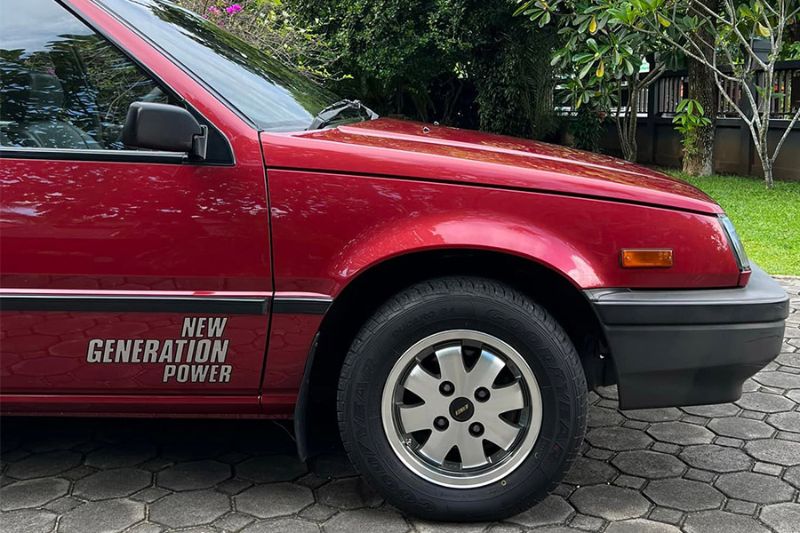 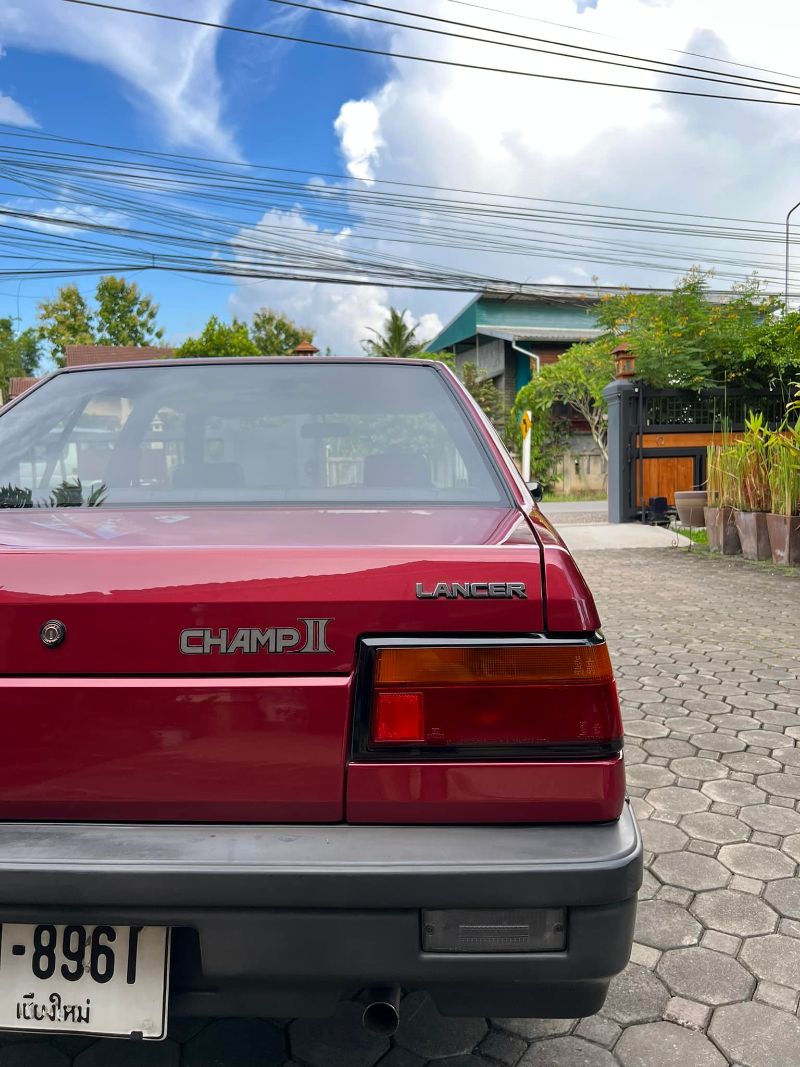 Outside, the Enkei sport rims and the New Generation Power sticker on the doors are not aftermarket additions. The Lancer Champ II was originally introduced in 1988 and the 1.3-litre engine was the sole unit offered.

While its Malaysian twin was never brought over to North America, the Thai-assembled Mitsubishi Lancer Champ II was exported to Canada where 10,000 units were sold in 9 months around 1988.

Also read: That one time when Proton and Dr. Mahathir were conned into a USA-export deal 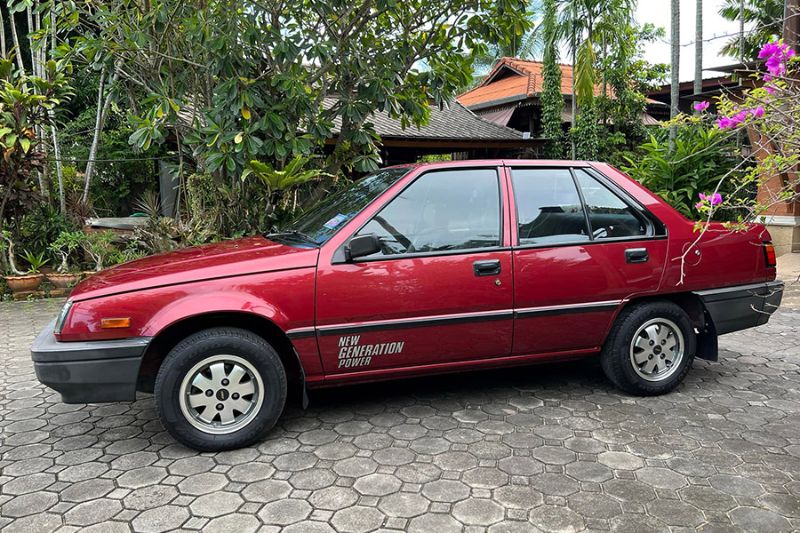 Located in Chiang Mai, the seller for this Lancer Champ is asking for THB 129,000 (~RM 16k). Do you think that’s a fair price for a near showroom condition Lancer that’s more than 30 years old?