HomeNewsReview: Mercedes-AMG A45 S - First and last 4-cyl with "one man, one engine" philosophy?

Review: Mercedes-AMG A45 S - First and last 4-cyl with "one man, one engine" philosophy? 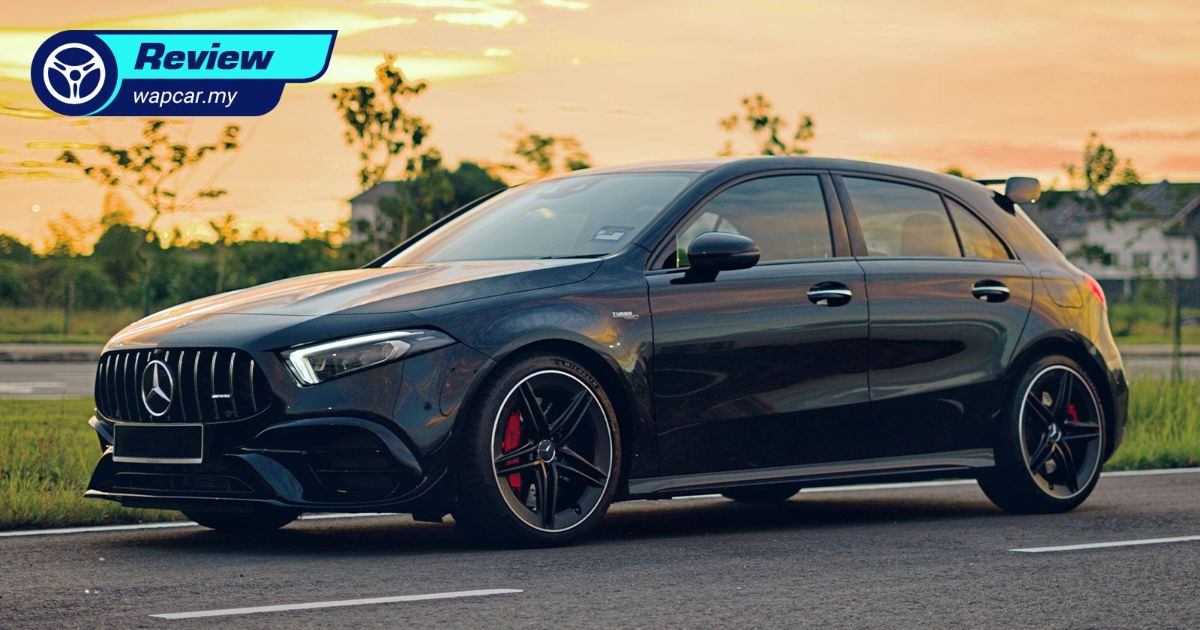 You’ve probably seen the 2023 Mercedes-AMG C63 with its 4-cylinder plug-in hybrid (PHEV) powertrain. It has the same M139 2.0-litre mill from the Mercedes-AMG A45 S albeit fettled to produce even more power, plus electrification.

You might have also seen the first-ever all-electric AMG model – the Mercedes-AMG EQS 53. The obvious connection here is electricity. Mercedes-Benz said it will go all-electric by 2030, though only in countries where market conditions allow.

Also read: Mercedes-Benz: After 2025, some plants to be converted to only build EVs 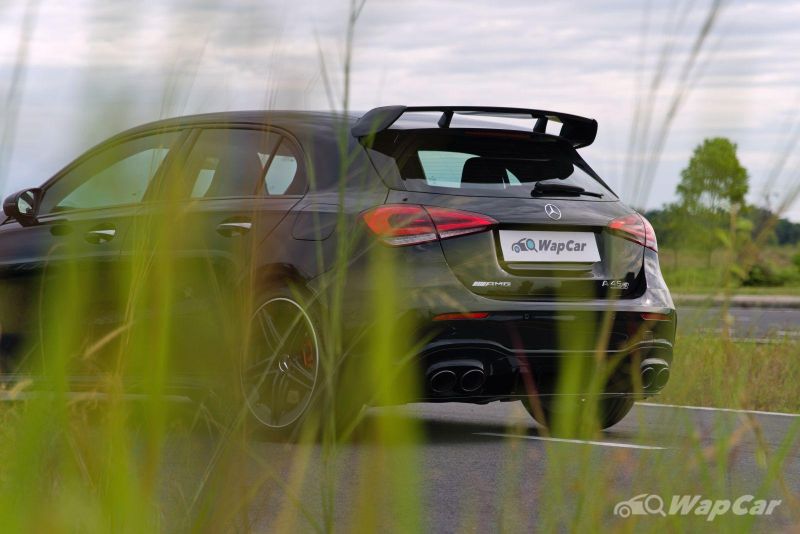 Even so, it’s not a realistic expectation for Mercedes-Benz to continue investing in newer generations of combustion engines, especially in the high-performance, AMG context when they aren’t targeted for the mass market. Which begs the question, what does this spell out for the future of Mercedes-AMG?

Electrification is certainly a big part of it, but what about the oily stuff, the good old combustion engines? The V8 appears to be on the chopping block.

Also read: The Mercedes-AMG E63S makes you think you're good, and that might be bad 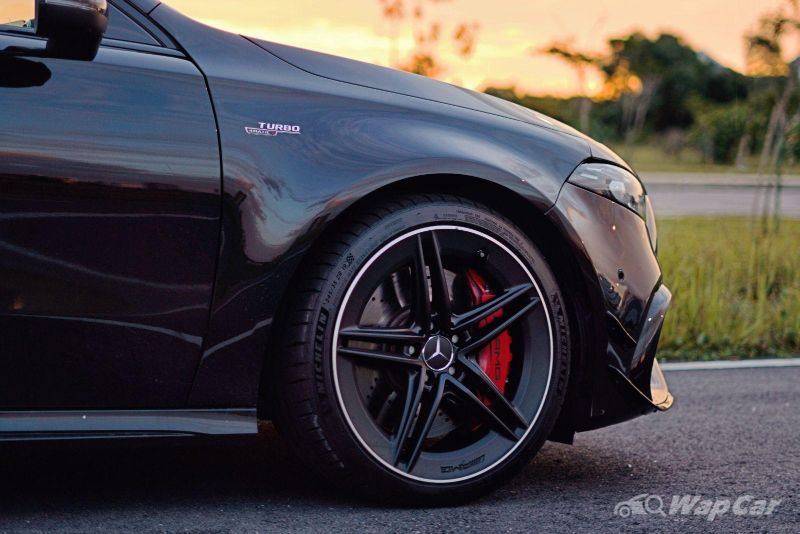 History would point out that the W213-generation E63 followed the footstep of the W205-generation C63 by dropping the larger-displacement V8s and adopting the same M177 4.0-litre twin-turbo V8. With it out of the all-new C63, the next-generation Mercedes-AMG E63 could very well follow suit.

Nothing’s confirmed yet, but it is a plausible scenario. This suggests that at a point in the not-too-distant future, every mainstream AMG model would be fitted with the same M139 2.0-litre turbocharged mill. What comes after that is possibly the end of combustion engines for AMG. 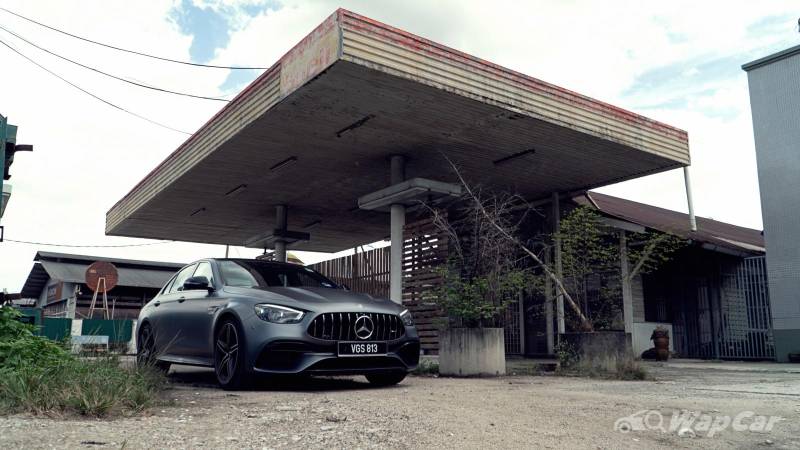 Now, this writer isn’t one to get sentimental and begin writing an ode to combustion engines. Partly because they will always exist and there will always be fuel, but let’s not get into that debate. Also partly because I do like many aspects of driving an EV, such as the ease of getting up to speed.

What I am not a fan of when it comes to EVs is weight, which by extension, applies to plug-in hybrids (PHEV) as well. The all-new C63 weighs 2,111 kg. It’s heavier than even the V8-powered E63. 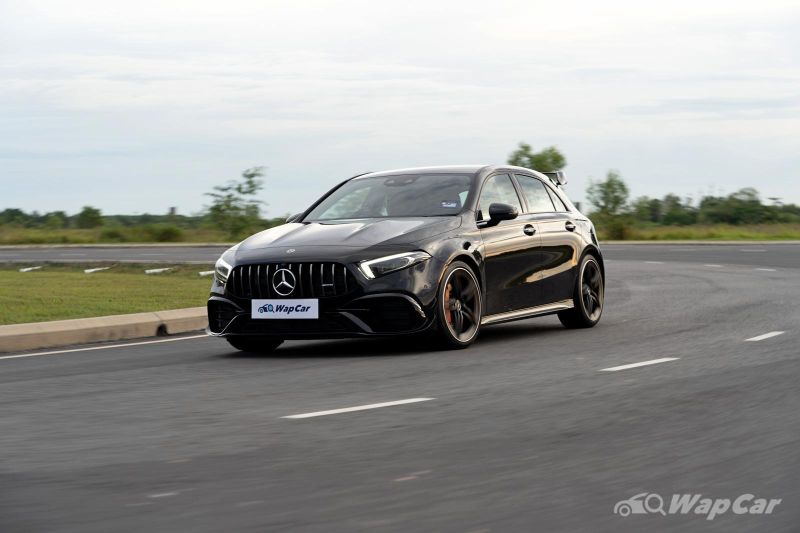 No matter how well a carmaker attempts to mask the weight of a car, there’s no defying physics. The mass will always find a way to manifest itself, more likely than not through tight corners and heavy braking.

This puts the Mercedes-AMG A45 S in a unique position, because there is no battery pack lugging about. It weighs 1,550 kg which is on the heavier side in the hot-hatch realm but a featherweight compared to every upcoming AMG models. 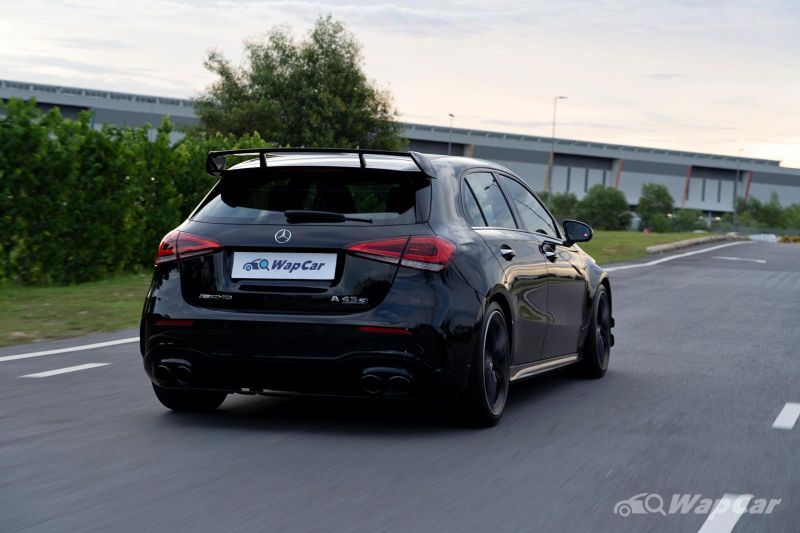 In the years to come, the A45 S could turn out be the most fun you can have in an AMG across tight, winding roads.

It manages its weight superbly by allowing a decent amount of lean around corners, loading the outside tyres and channelling power to them via the 4Matic all-wheel drive system, effectively rotating the car. 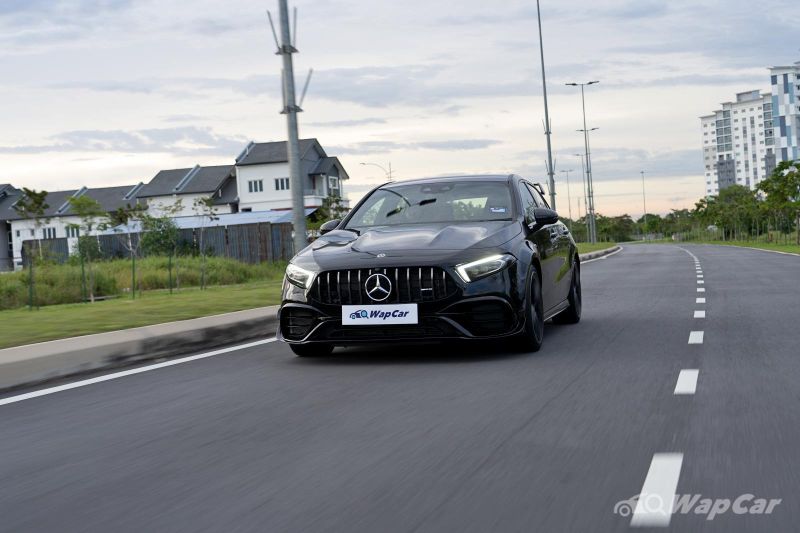 You can really feel the system shuffling its power around, sometimes feeling almost rear-driven in certain situations. Punch the throttle mid-corner and it will bring its rear around for a slide.

As long as the driving nannies are on, it never lets the slide go out of hand and makes you look like a hero. To seasoned drivers, it feels unnatural but for the novices, it’s a hoot. 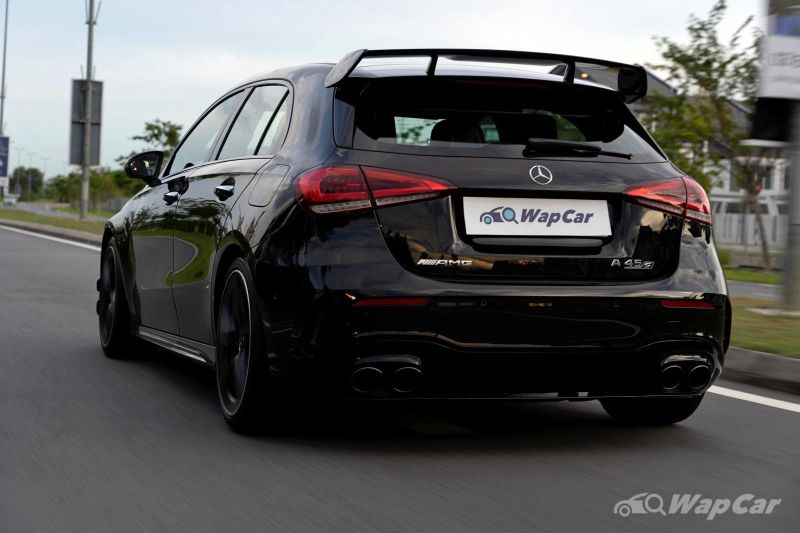 Competency doesn’t always translate to joy; accomplished cars like the VW Golf R Mk8 makes you feel like you’re merely along for the ride. But the A45 S invites you to play and shows you what it can do. That alone might make it worth the RM 90k premium over the Golf R. 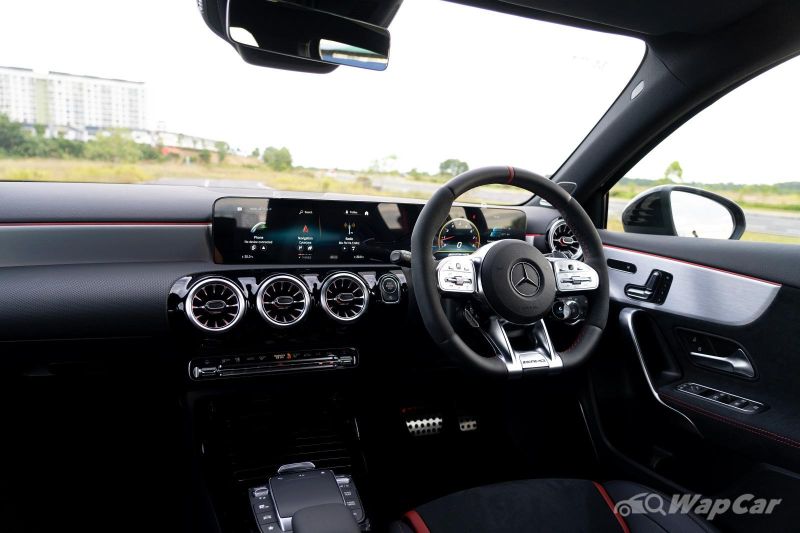 But it’s the better designed and executed interior, plus the magnificent M139 2.0-litre engine that really counts.

It just pulls with such energy, excitement, and with peak torque only arriving at about 5,000 rpm or so, it never runs out of breath and rewards going through the upper-end of the rev range unlike typical turbocharged engines. 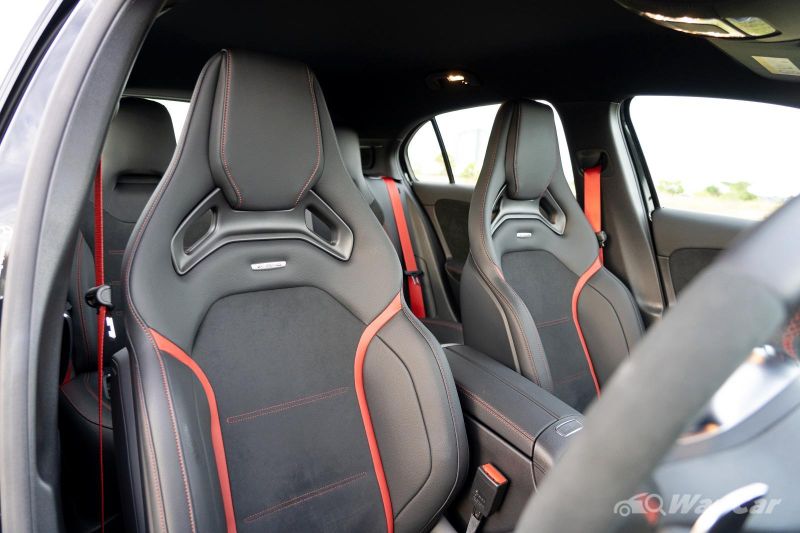 The M139 engine is truly a gem and when the time comes for it to retire, I believe it will go down in history as one of the best 4-cylinder engines ever made.

With the Mercedes-AMG A45 S, odds are it would be the last pure-combustion model. Well then, clock’s ticking, time to get your cheque books out.

Also read: Confirmed: EU signs law for complete ban on engines by 2035, used cars next to be killed 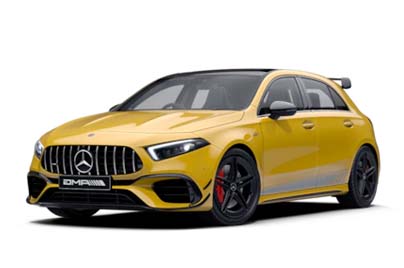