HomeNewsThe Honda City Hatchback is smaller than the Sedan but has more space inside, how?

The Honda City Hatchback is smaller than the Sedan but has more space inside, how? 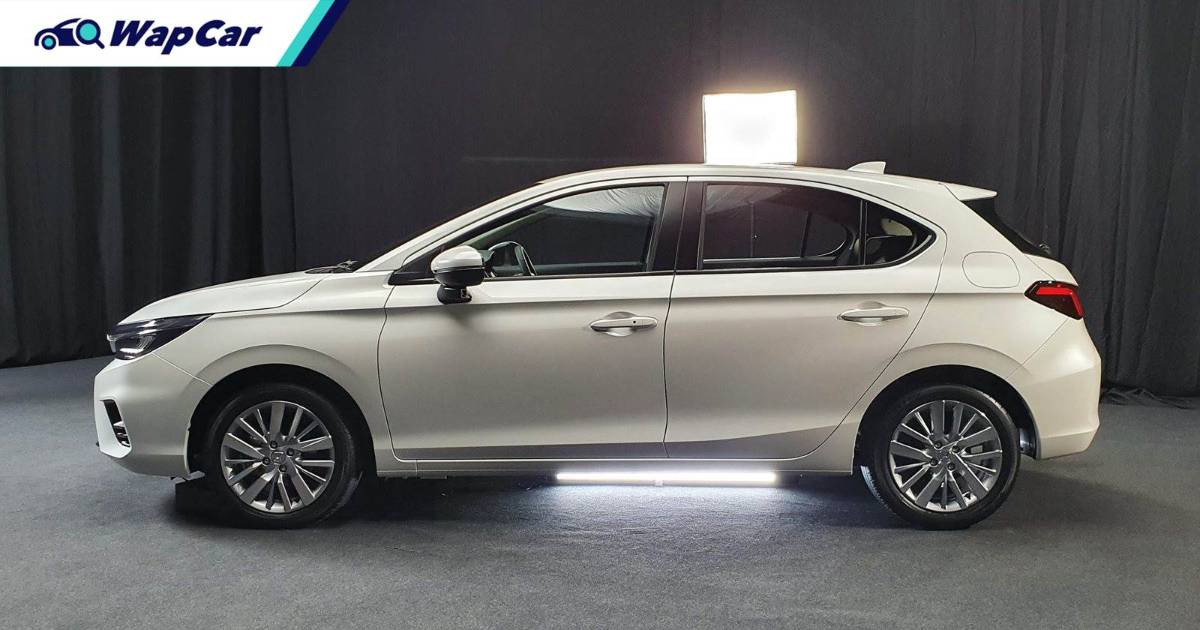 The Honda City Hatchback has just been launched in Malaysia earlier today. Honda’s latest B-segment hatchback will take over the spot vacated by the Honda Jazz, and will go up against the Toyota Yaris (from RM 70,940 to RM 84,808). 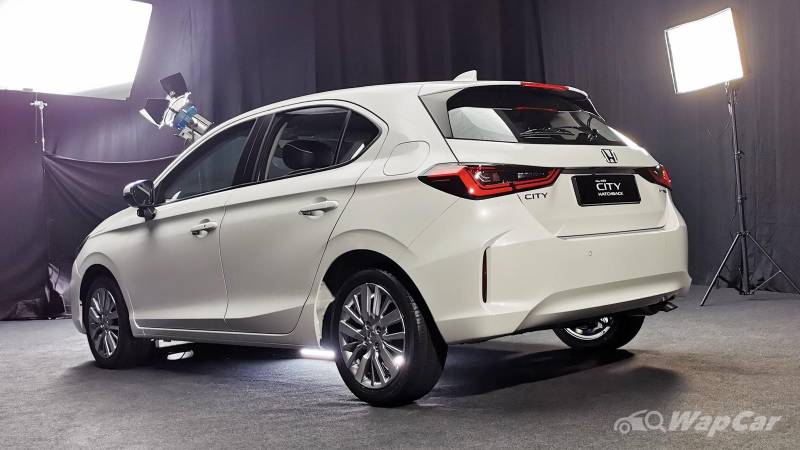 Variant for variant, specifications are almost similar to City Sedan. We say almost because in the City Hatchback, rear air-conditioning is only available for the RS variant, but it's a standard feature in the City Sedan. 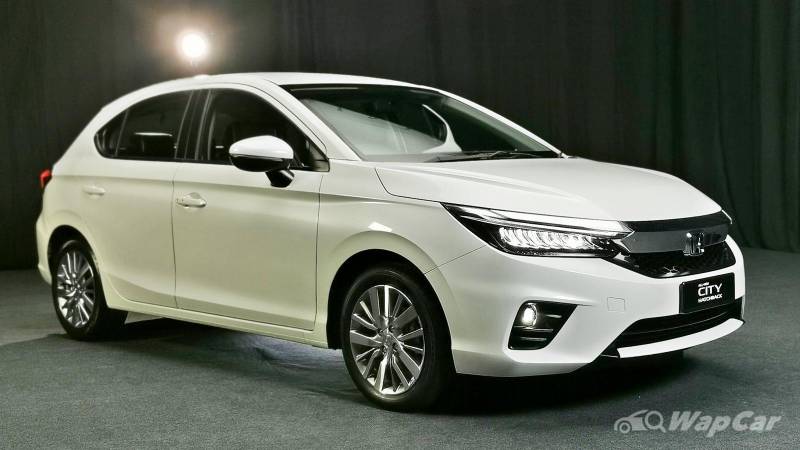 Without a third box (sedans are described as a three-box-type body), the 2-box design City Hatchback is 204 mm shorter than the City Sedan. In order to accommodate the super-practical, multi-way folding ULTRA Seats, the Hatchback’s roof has also been raised slightly, by 3 mm. 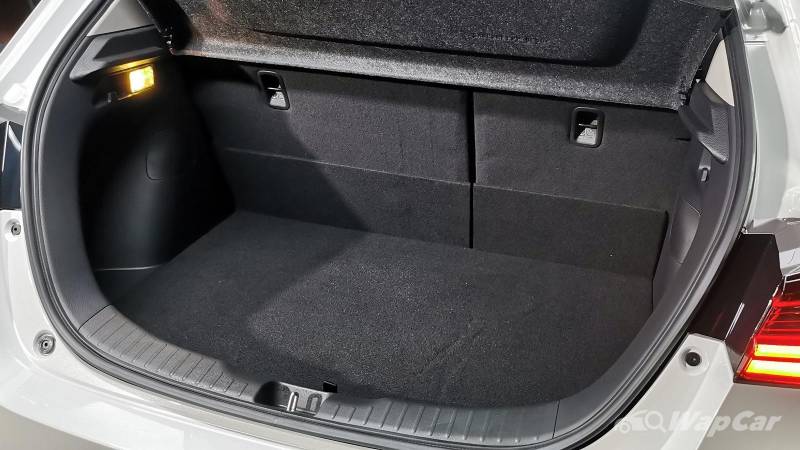 Logically, you would expect the smaller hatchback with a smaller boot to have less space inside, with a proportionately tighter legroom, especially in the rear, except that it’s not true. At least not for the City Hatchback. 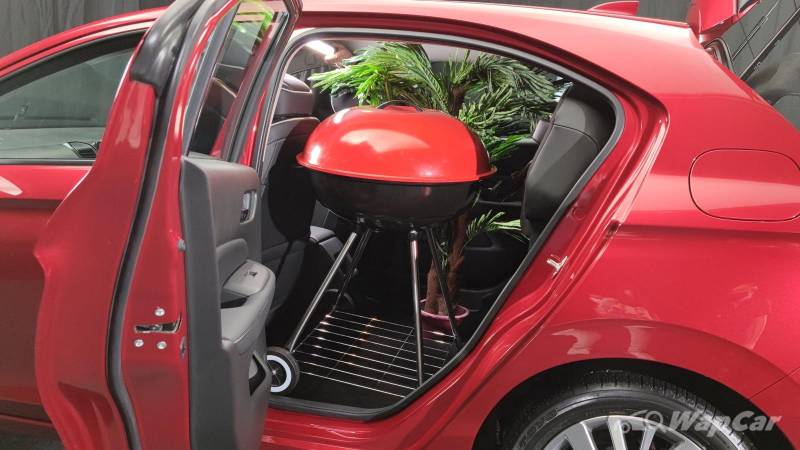 Rei Sakamoto, Large Project Leader (Honda’s equivalent for Executive Chief Engineer) for the fifth generation Honda City explained that between the Sedan and the Hatchback, it is the latter than has more rear legroom. 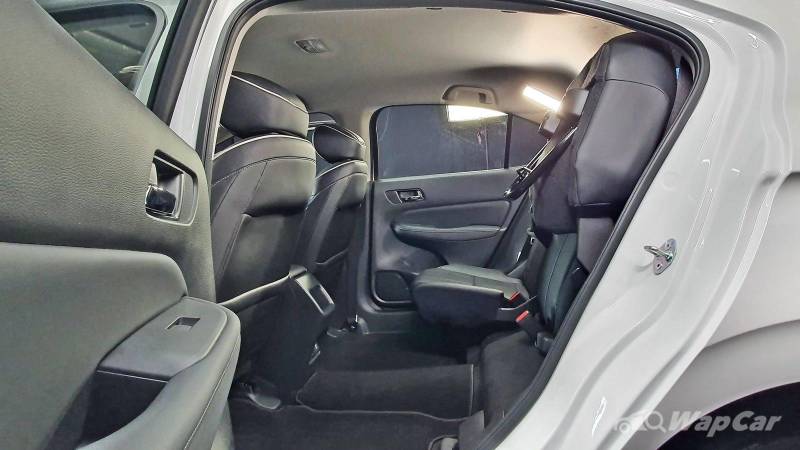 Sakamoto explained that since the City Hatchback was conceived as a replacement for the Jazz in this region, one of the most important part of the product brief was to match / exceed the outgoing Jazz’s cabin space, a very tall order because the Jazz has a best-in-class practicality, and is able to swallow volumes of cargo than even SUVs from one segment above it will struggle.

Like the Jazz, the City Hatchback uses Honda’s centre fuel tank layout, something which Honda owns a patent to (because it requires a smarter way to protect the fuel tank against impact).

By relocating the fuel tank from the rear to under the front seats, it frees up room in the rear section. In a small, space in the rear comes at a greater premium than in front, because of complexities required in ensuring that the fuel tank, which is typically mounted in the rear, is sufficiently protected against impact. 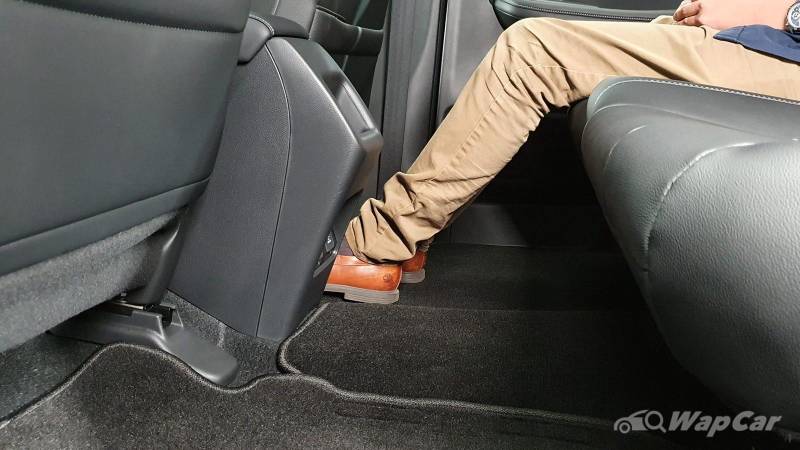 By moving the fuel tank to under the front seat, engineers have greater freedom in deciding where to install the rear seats – itself a tricky process because it’s also influenced by ISOFIX and seatbelt mounting points, which need to be secured on the strongest points of the car’s body. 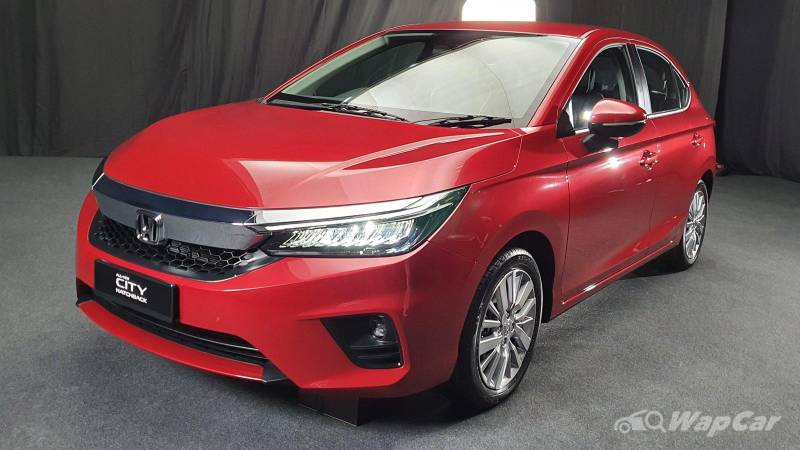 The City Sedan uses a 60:40 split folding rear seats, while the City Hatchback benefits from more flexible folding ULTRA seats. ULTRA, short for the 4 ways to fold the front and rear seats – Utility mode, Long mode, Tall mode, and Refresh mode. And no, the City Hatchback's ULTRA seat's cushion material and padding is not any less than the Sedan's, so body support and seat comfort level is the same.