HomeNewsThis Porsche 911 is blacker than your ex's heart

This Porsche 911 is blacker than your ex's heart 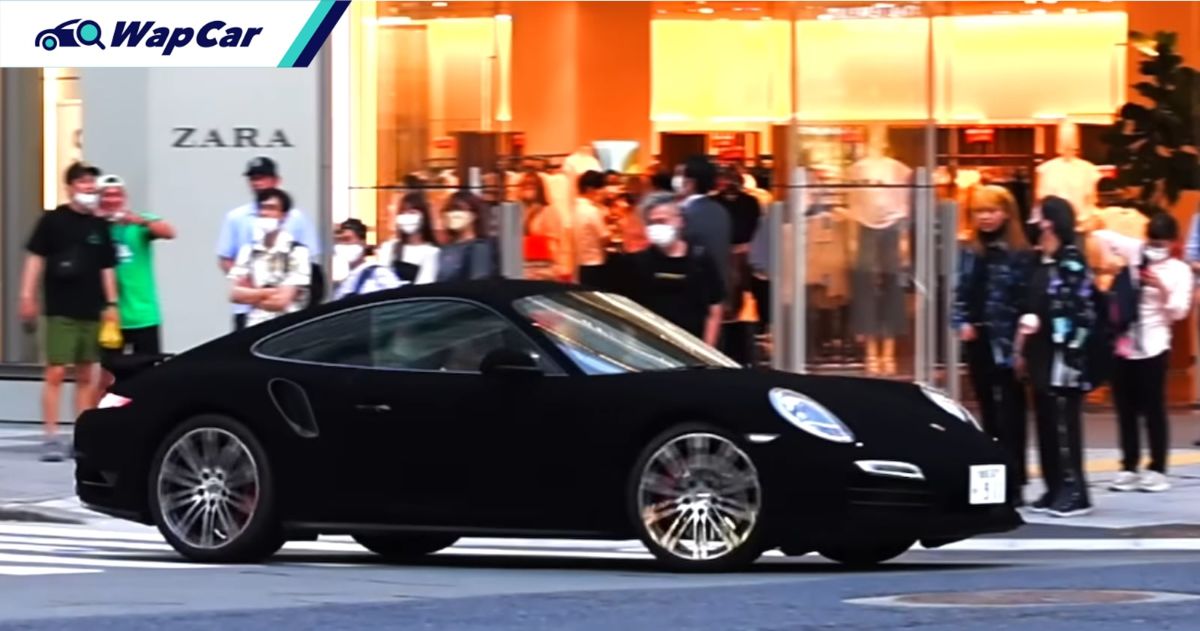 Porsche prides itself on having one of the expansive colour pallets of any automaker but we’re pretty sure Stuttgart would need a double take if a customer desired this shade from their paint-to-sample options. We’re not even sure if it’s accurate to call this a shade. 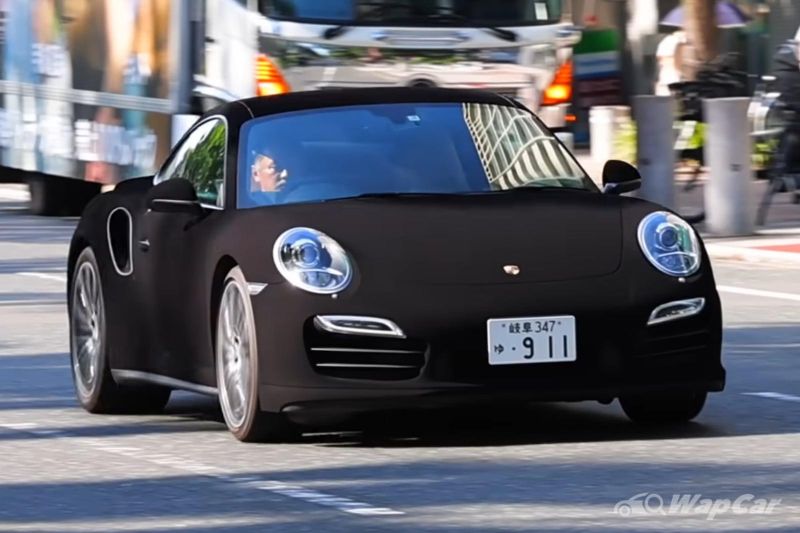 You’ve probably heard of Vantablack; the blackest black known to man. The specially formulated paint absorbs around 96 percent of visible light, making it one of the few things on earth blacker than your ex’s heart.

Jokes aside, it lends the vehicle an almost unreal, fake appearance. Think along the lines of a vehicle in Need for Speed that you haven’t unlocked yet. 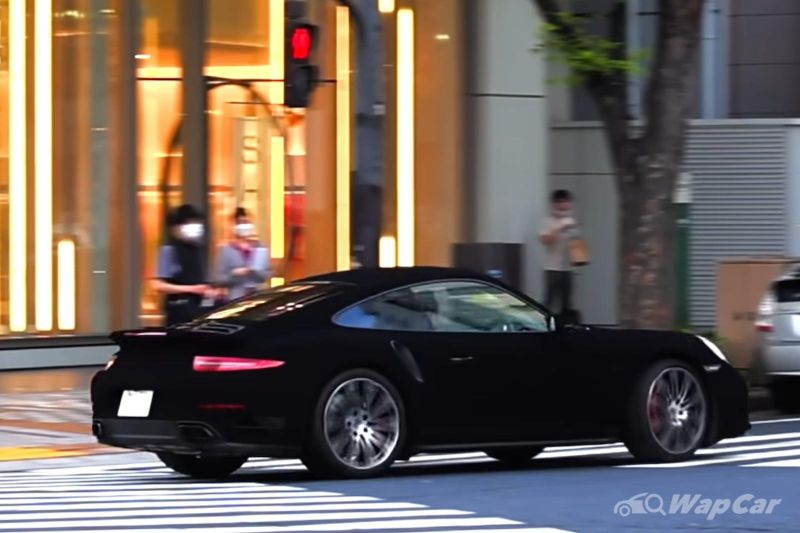 Now, a garage in Japan has taken it a step further with KoPro’s Musou Black that’s supposedly blacker than Vantablack as it absorbs 99.6 percent of visible light.

Although both specialty paints might appear like a black hole that’s absorbed even visible light, the two are quite different in terms of composition and formulation. 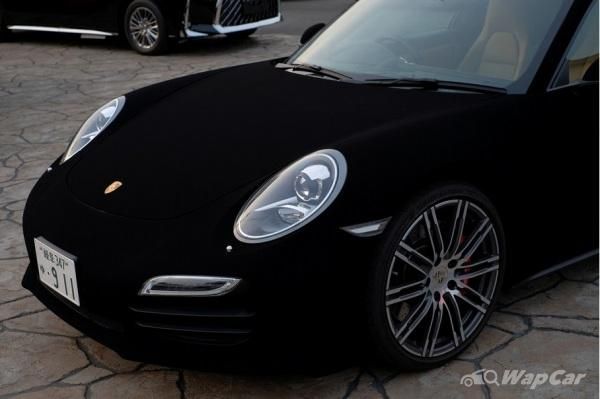 Vantablack is technically a coating designed for components to help absorb heat and protect the integrity of camera lenses attempting to capture images in space. The name stems from the usage of nano tubes in its design to capture light and prevent them from reflecting back towards our eyes, hence the appearance. Vanta stands for Vertically Aligned Nano Tube Array. 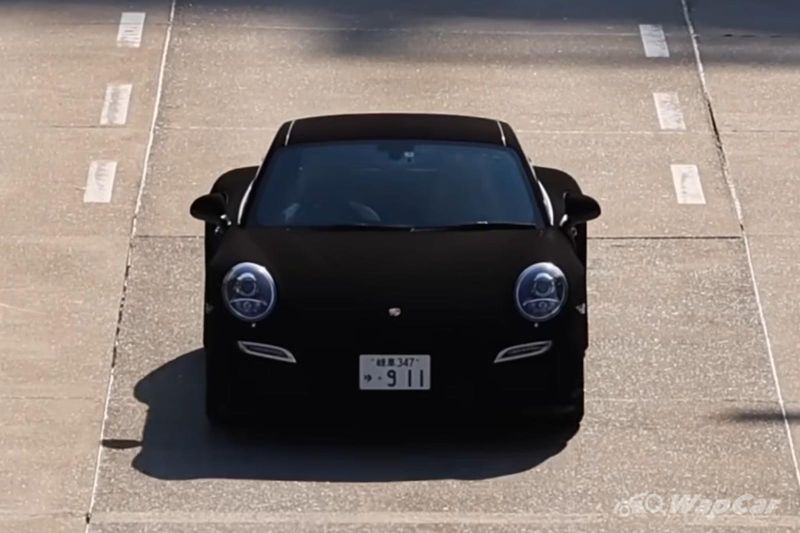 On the other hand, Musou Black is a much simpler water-based acrylic paint. However, don’t think that makes it a more affordable application as a small 100 ml bottle will set you back a whopping USD 18 (~RM 80). You do the math for this 911. 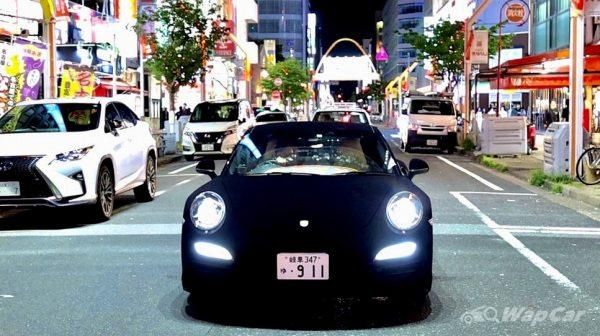 Pit One Customs applied the darkest water based acrylic paint in the world on this 991-generation Porsche 911 Turbo and the results are as comical as expected. With almost no visible light reflecting back to our eyes, the 911 appears like a two-dimensional blob with no distinct curves, edges or shape in general. 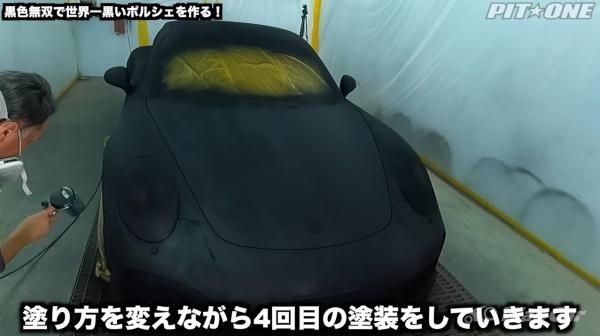 There’s a video on the application process by Pit One Customs but most of it is in Japanese. Nonetheless, the owner does say it took 7 coats of the paint to achieve this finish.

If you’re wondering why they only taped up the entire car and not remove the body panels as they would for a proper paintjob, the reason is simply the paint wouldn’t last long. Being water based, Musou Black is much more vulnerable to the elements. Also, bear in mind there’s no clear coat or protective finish over the paint.