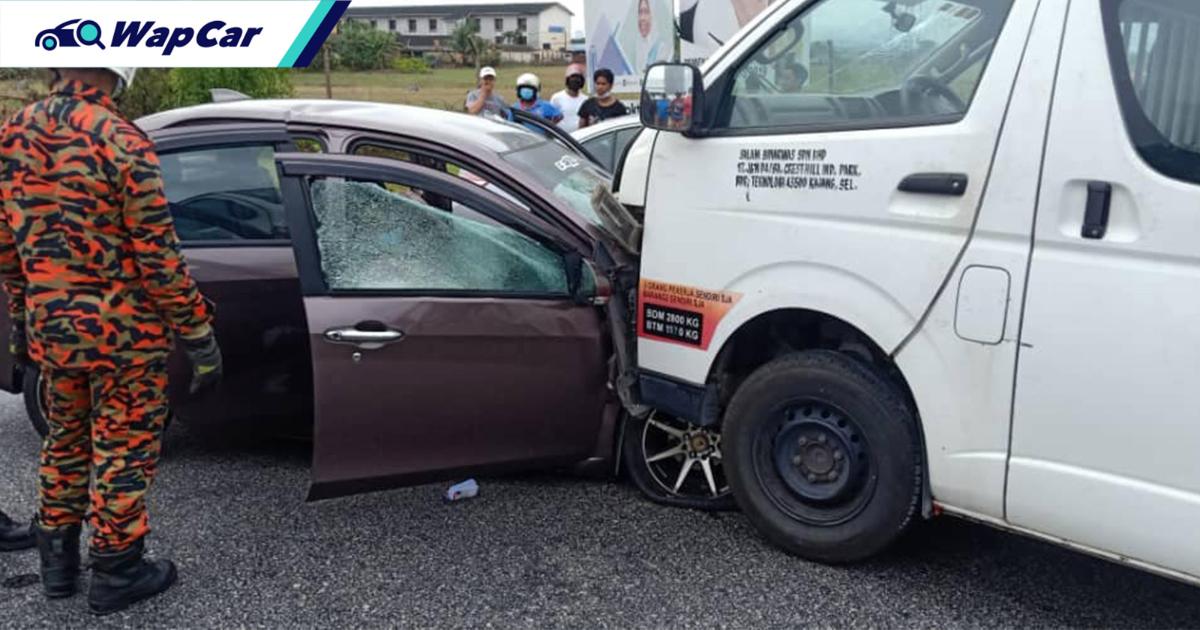 Dashcam footage of a fatal accident showing a Toyota Hiace vaulting over a low curb before colliding into a Perodua Bezza in Jalan Saujana Impian has gone viral. The accident resulted in the death of the Bezza driver and front passenger and heavily injuring 2 others in the car.

The 2 remaining victims are children of the deceased. Latest information revealed that the 14-year-old daughter has succumbed to her injuries while the other is still receiving treatment for the head injury sustained from the crash.

Initial investigations of the 28-year-old Toyota Hiace driver returned negative for both alcohol or drugs. He has also admitted that the accident was purely due to his lack of attention that caused him to lose control of the van. 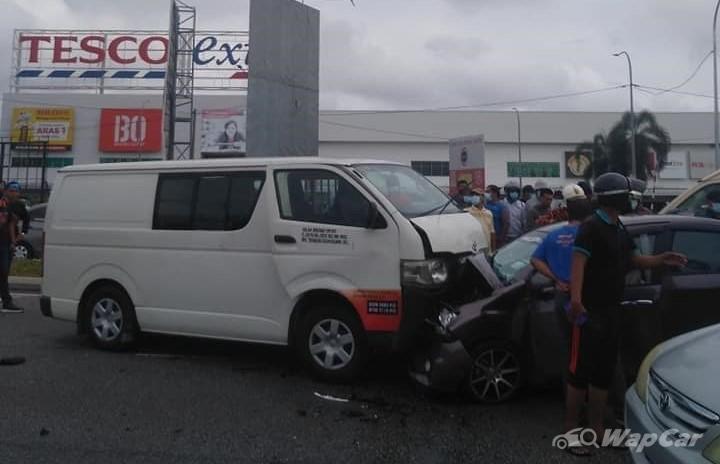 The driver will be brought to the Kajang Magistrate Court to apply for a remand.

Azman Shari’at also appealed to the public who has further information about the accident to contact the officer in charge of the case, Inspector Salbiah Anisdi at 011-2905 2233 to aid in the investigation of the case.

The case will be investigated under Section 41(1) of the Road Transport Act 1987.