HomeNewsWall.E is jealous, here are 27 photos of the Honda E full-electric hatchback on sale in Malaysia for RM 208k

Wall.E is jealous, here are 27 photos of the Honda E full-electric hatchback on sale in Malaysia for RM 208k 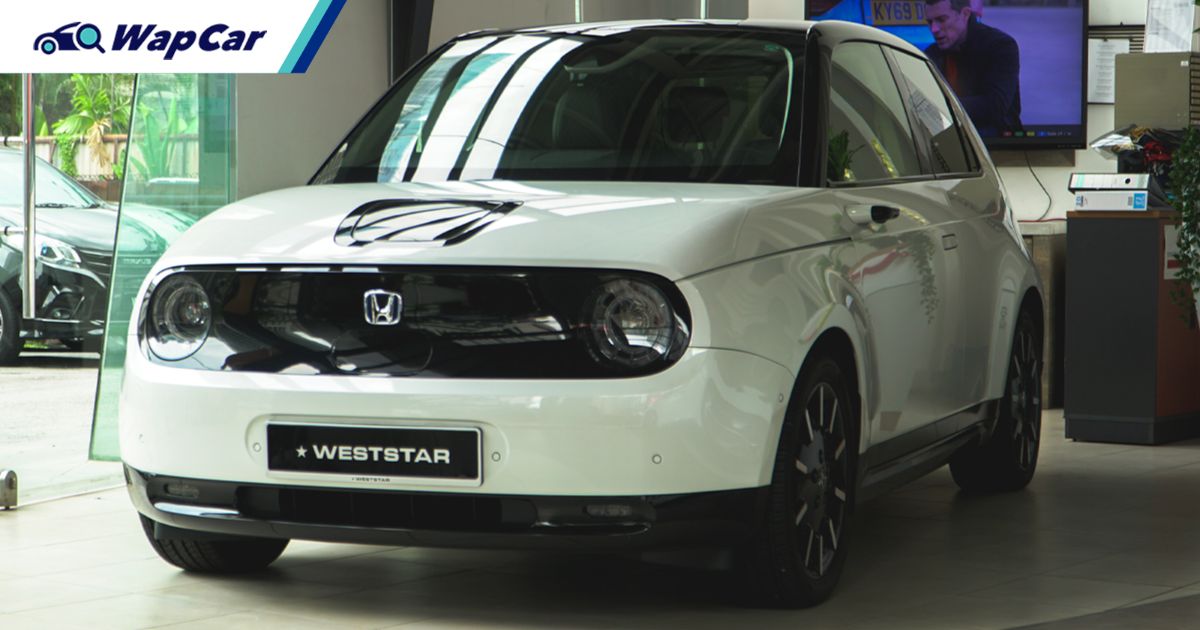 Probably one of the cutest cars on the market right now is this electric vehicle (EV) by Honda. Known as the Honda E, the EV is on sale in Malaysia as a parallel import recond unit from the United Kingdom for RM 208,000 and here are 27 photos of just how cute the little EV is.

The Honda E in Malaysia is sold by Weststar and the car is recond from the United Kingdom. The white unit you see on this page is manufactured in 2020 and has clocked 14,300 km. 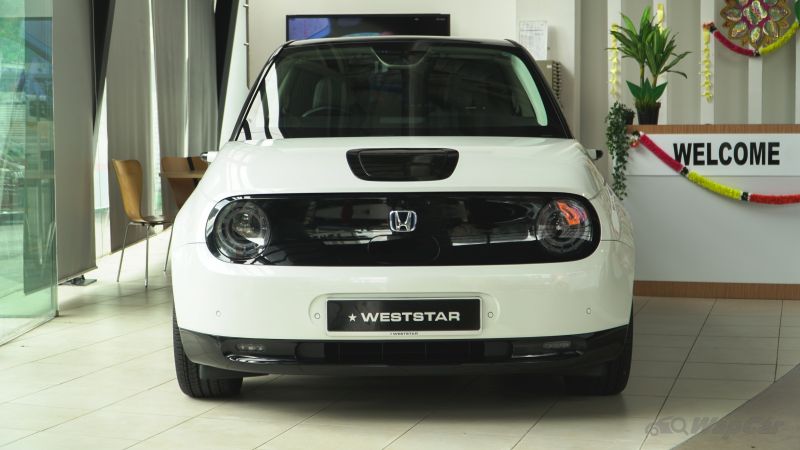 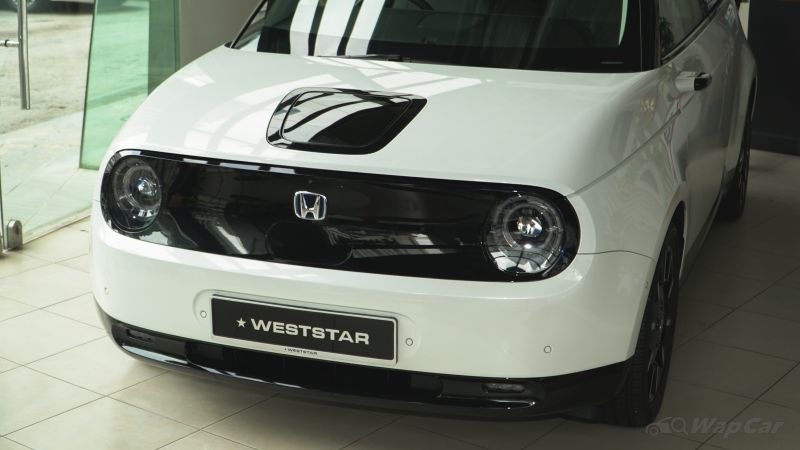 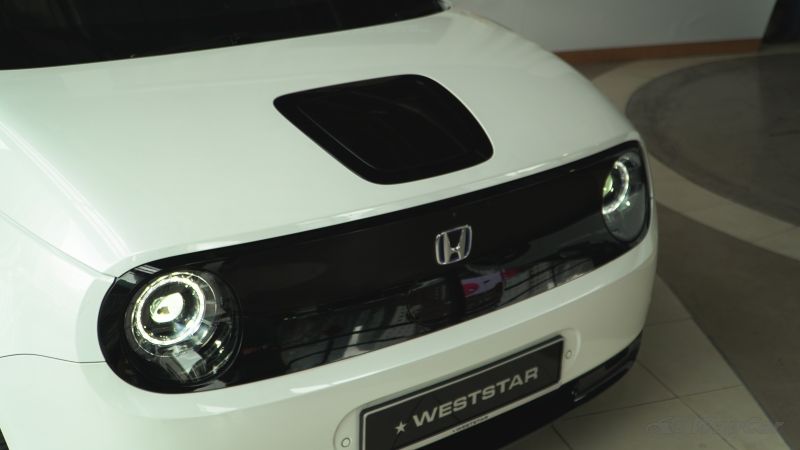 Though it is named the Honda E, the little EV reminds one strongly of the robot named Eve in the Pixar movie Wall.E.

You can say that Honda was looking ahead when they penned the Honda E as it gives one strong Japandi (a mix of Japanese culture and Scandinavian simplicity) vibes that are now all the rage amongst the interior decorating community. 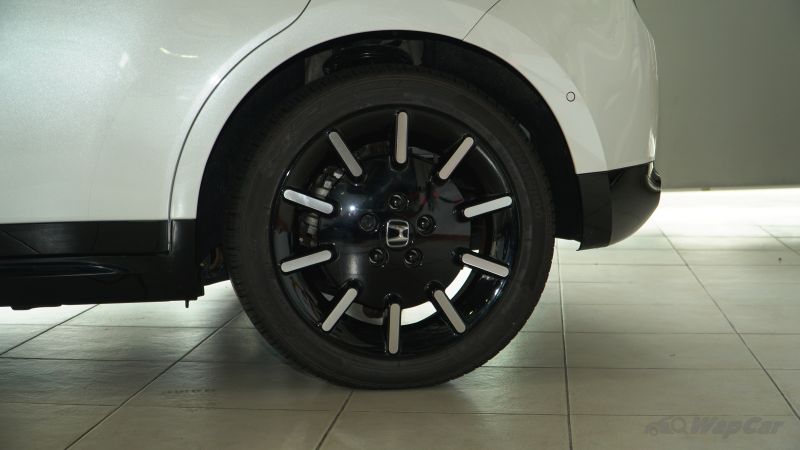 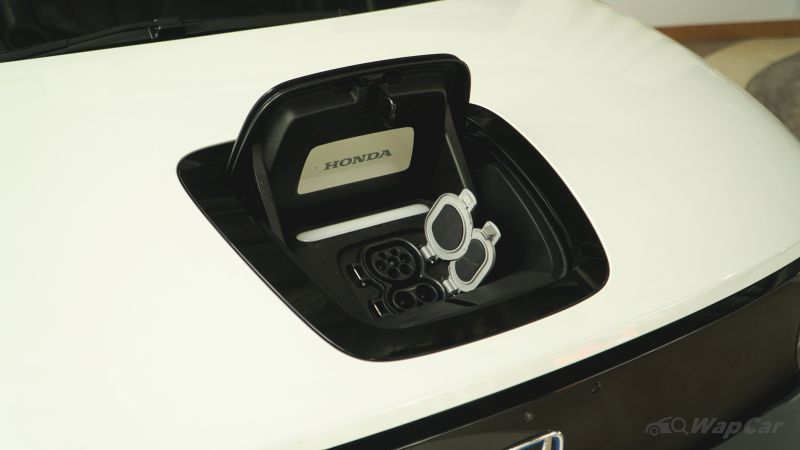 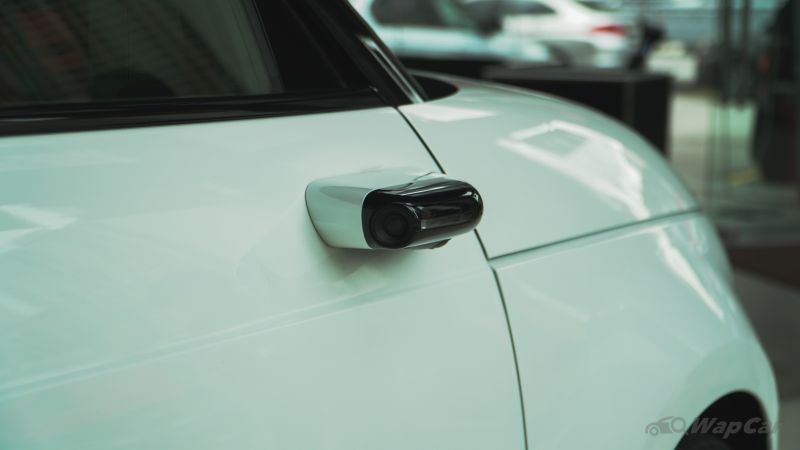 The exterior design is simple yet futuristic all at the same time. A black panel takes the place of a grille while on either side of the black panel are the perfectly round headlights. The Honda E’s charging port is located in the middle of the bonnet under another black panel.

On the side, the simplistic theme continues with just one shoulder line and concealed door handles. Instead of a wing mirror, the Honda E gets small cameras on either to further minimise any lumps and bumps on the side. 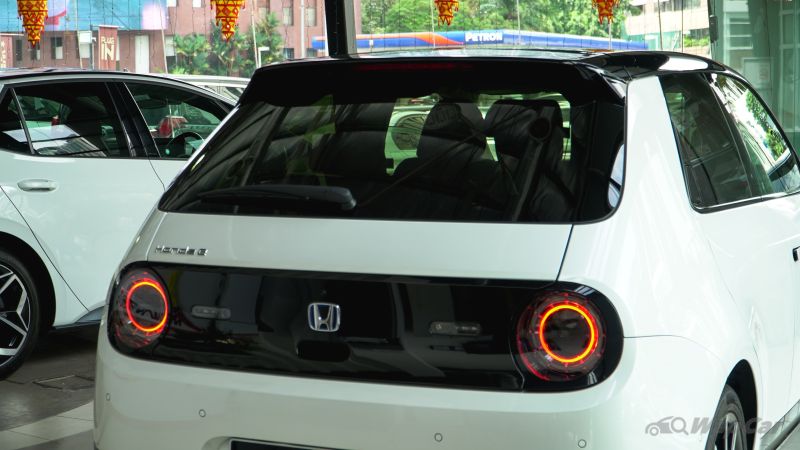 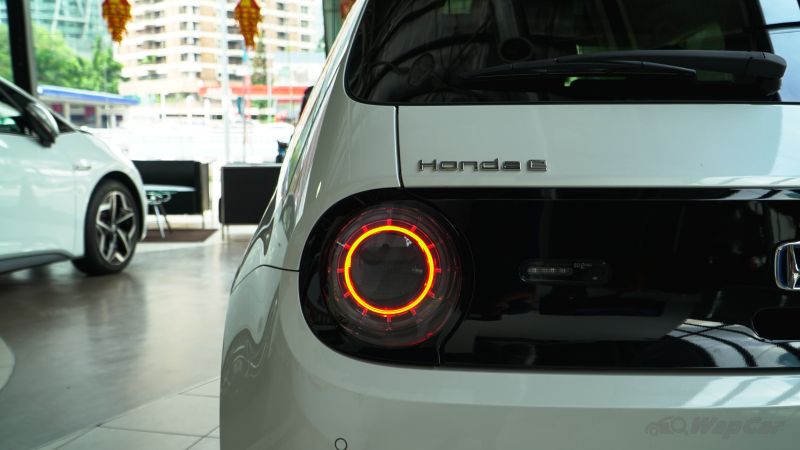 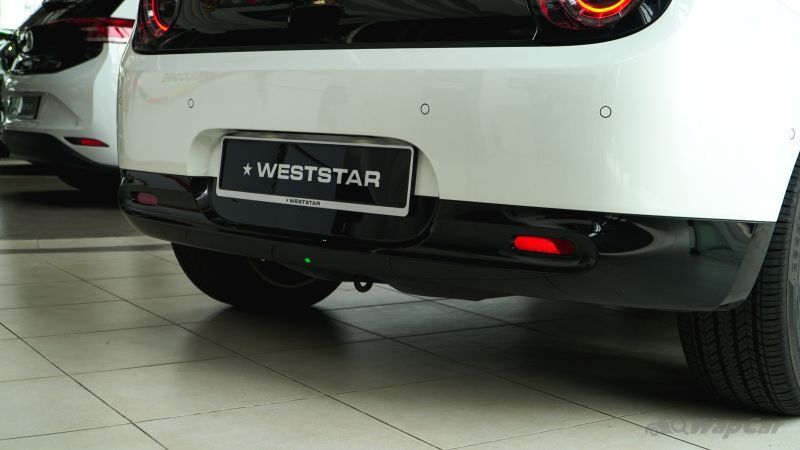 The rear also features a black panel that runs across the tailgate while the taillights are equally rounded. As they are larger than the headlights, the tailgate seems to have a permanently shocked expression. 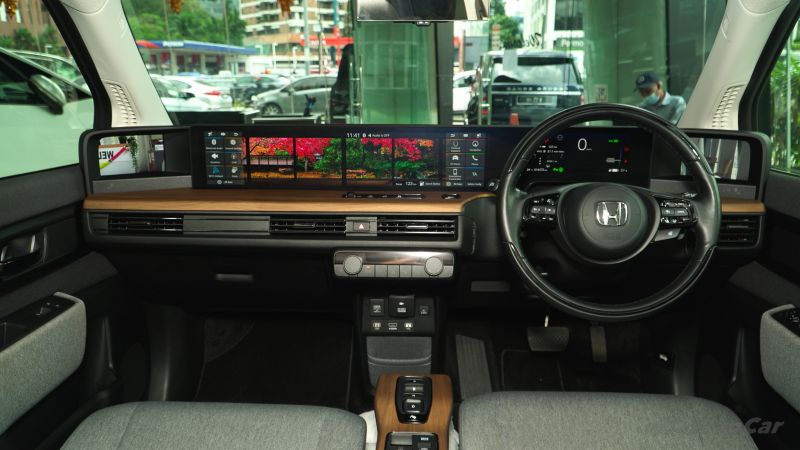 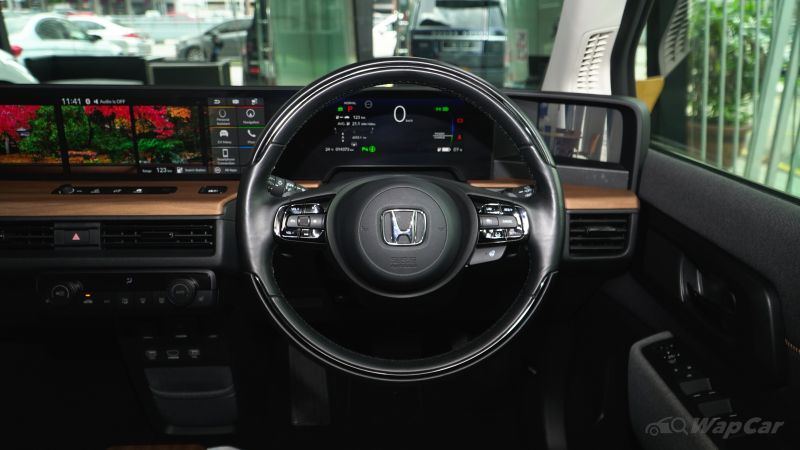 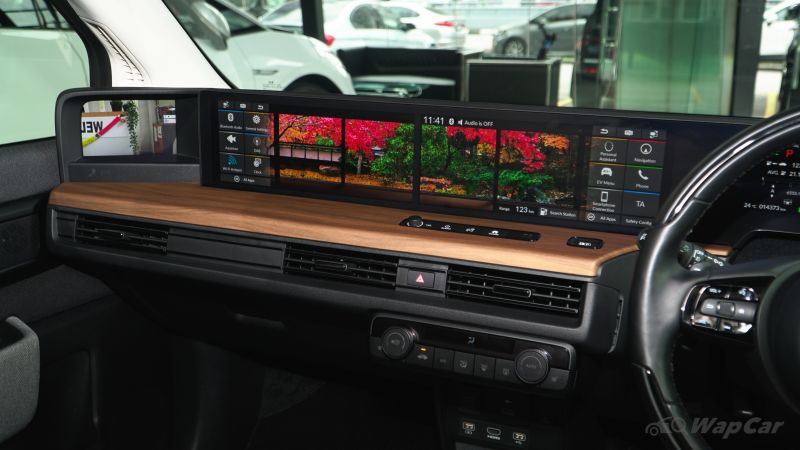 Head inside and you get overwhelmed by the row of screens located on the dashboard. These screens are all operated independently with two six-inch units on the side functioning as the side mirrors, one 8-inch digital instrument cluster, while the two primary displays measure 12.3-inch each.

Tasteful wooden trims decorate the dashboard in front of the row of screens as well as around the gear selector. 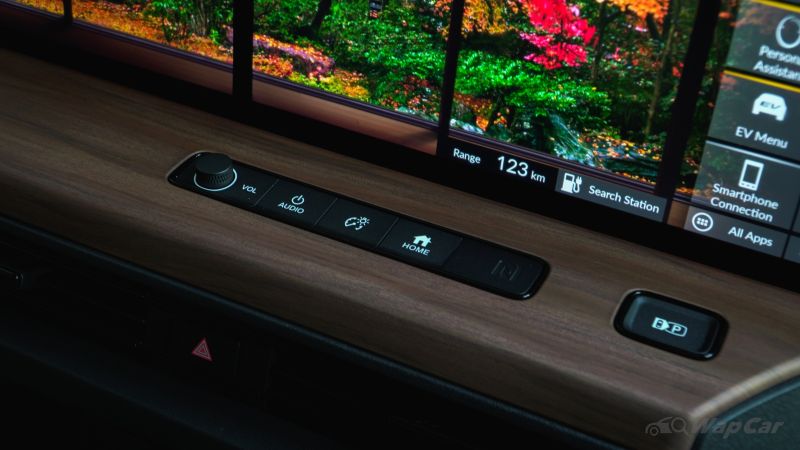 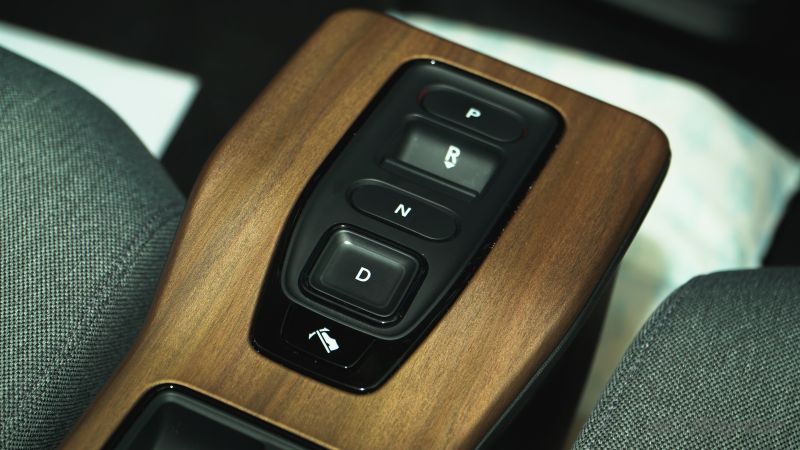 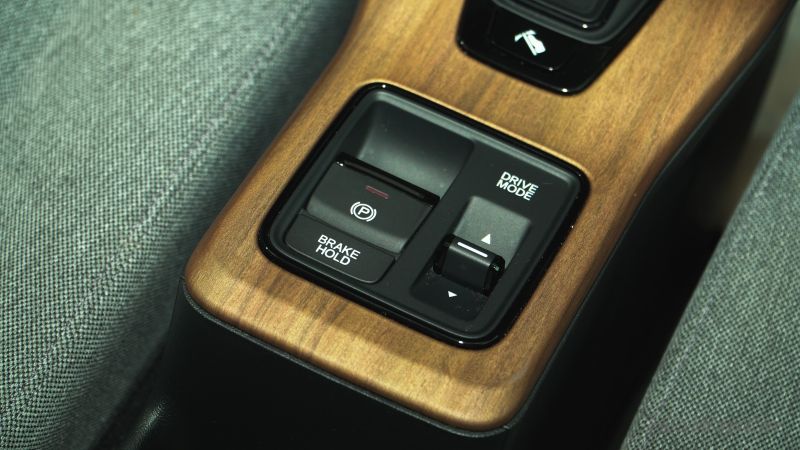 The two-spoke steering wheel is wrapped in leather and that is where the aesthetic bits end. The rest of the interior is finished in rough plastic while the seats are wrapped in simple grey fabric.

However, perhaps the panoramic glass roof as well as the rear privacy glass would make up for the hard plastic.

Also read: Take a look at our list of the cutest cars in the world! 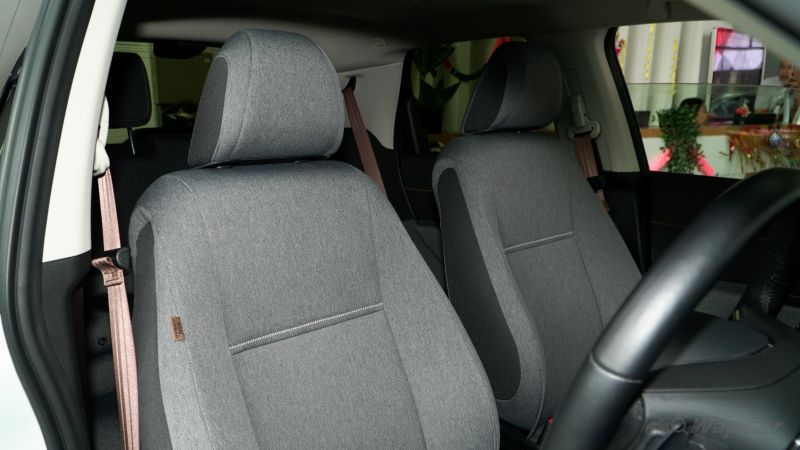 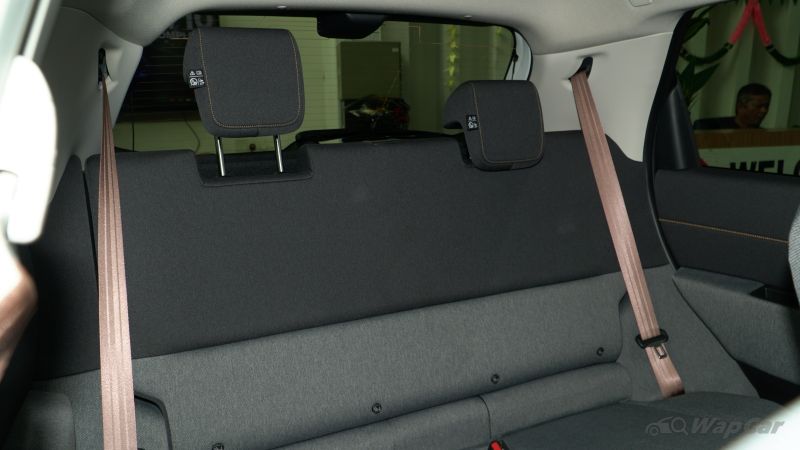 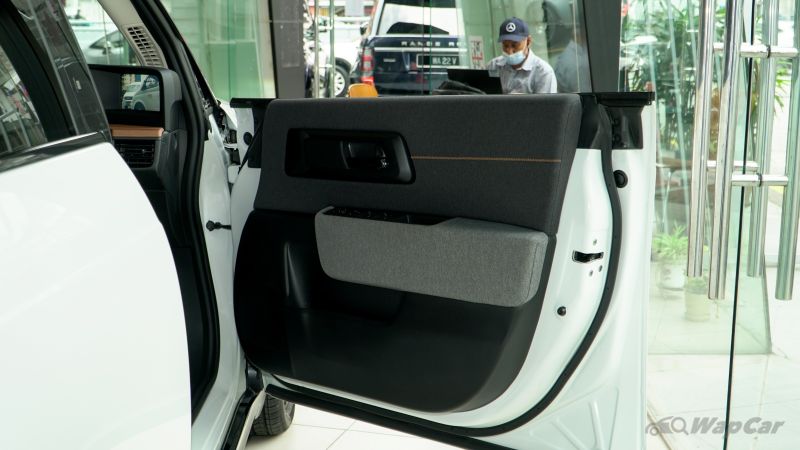 Of course, with that massive row of screens, the Honda E is not lacking in tech. As this is the range-topping Honda E Advance variant, the EV also features Honda Connect with Garmin navigation and Apple CarPlay and Android Auto connectivity. 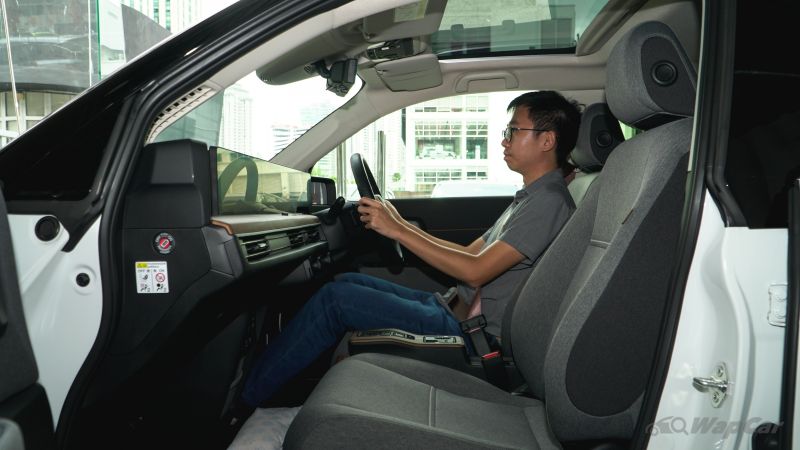 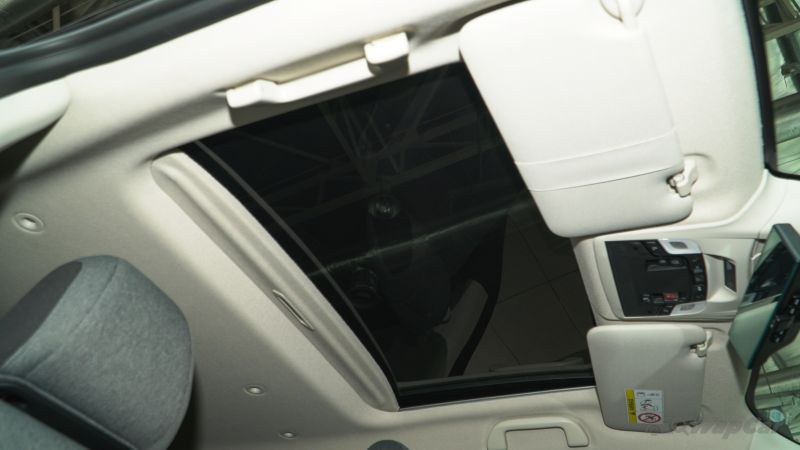 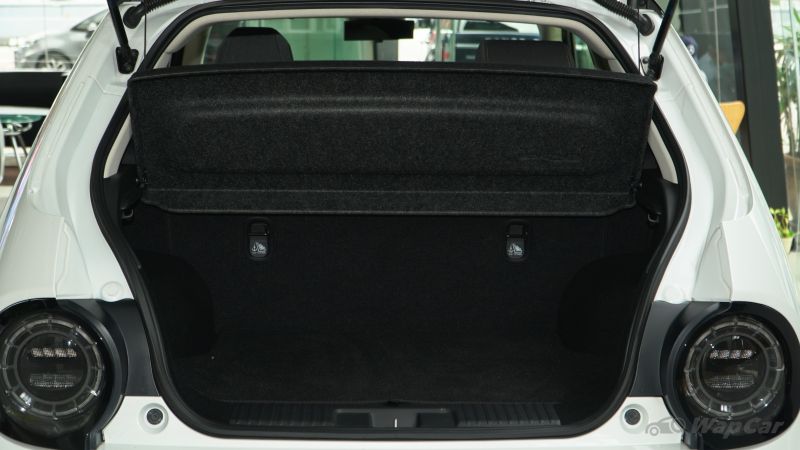 In terms of powertrain, the Honda E Advance features just one motor mounted on the rear axle. Power output is rated at 154 PS and 315 Nm.

AC charging supports up to 22 kW and will take at least 4.1 hours to charge to full. Meanwhile, DC charging gets the battery to 80 percent in just 30 minutes. 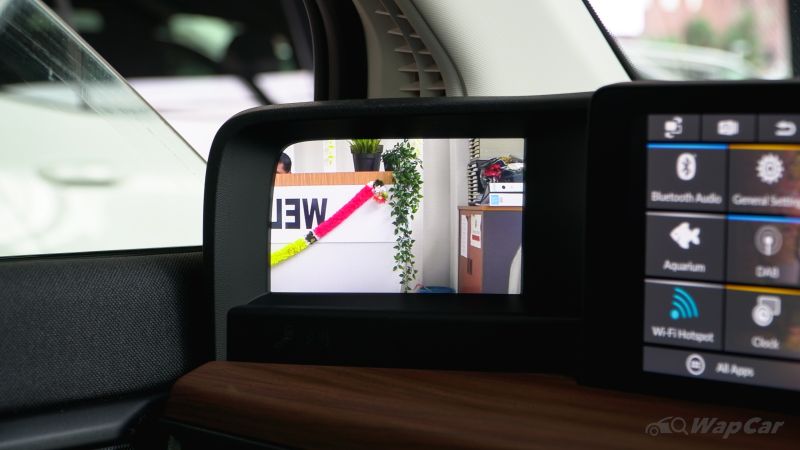 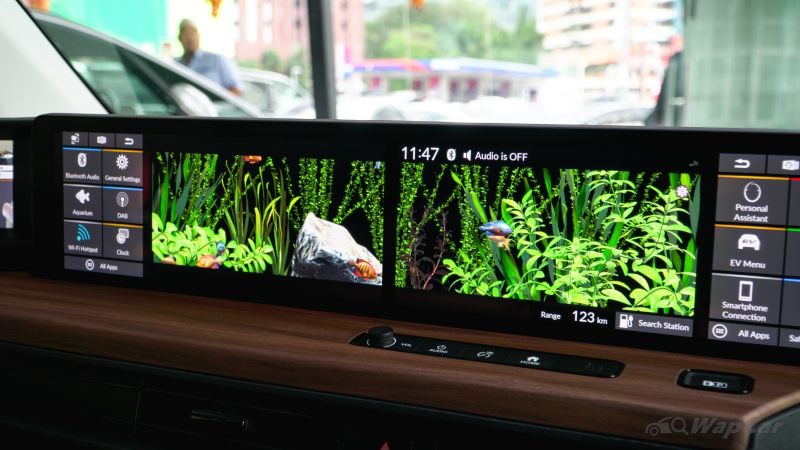 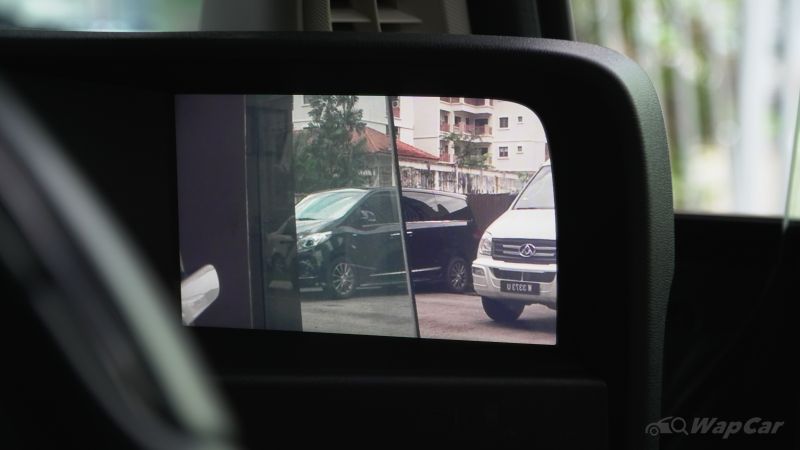 The floor-mounted battery is a 35.5 kWh lithium-ion battery. Honda claims the battery has a range of 211 km based on the WLTP cycle.

As we’ve mentioned, the Honda E is a parallel import from the United Kingdom. You can head to the Weststar dealer in Jalan Tun Razak to have a closer look.

Also read: TNB is ready for EVs but consumers are not - Only 20% utilization for EV chargers 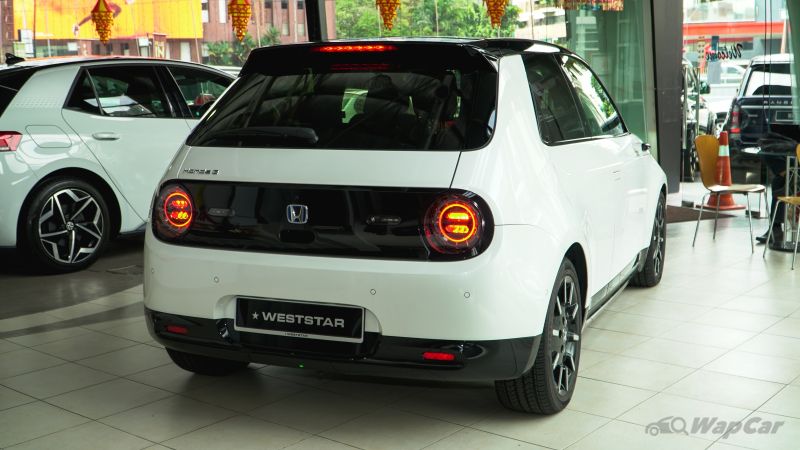 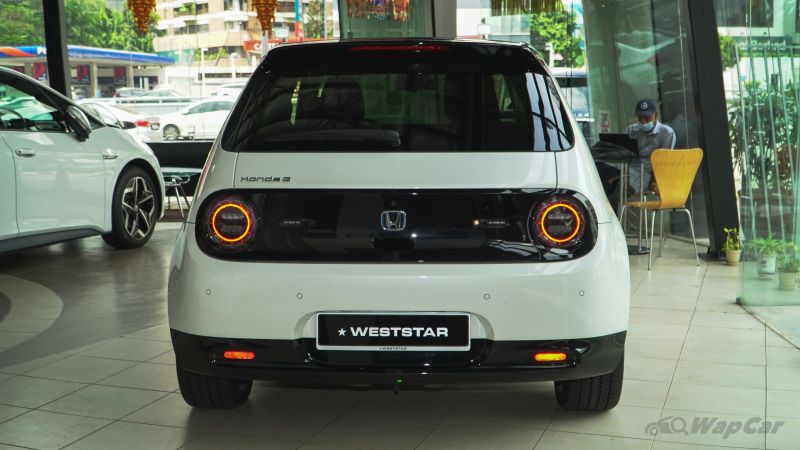