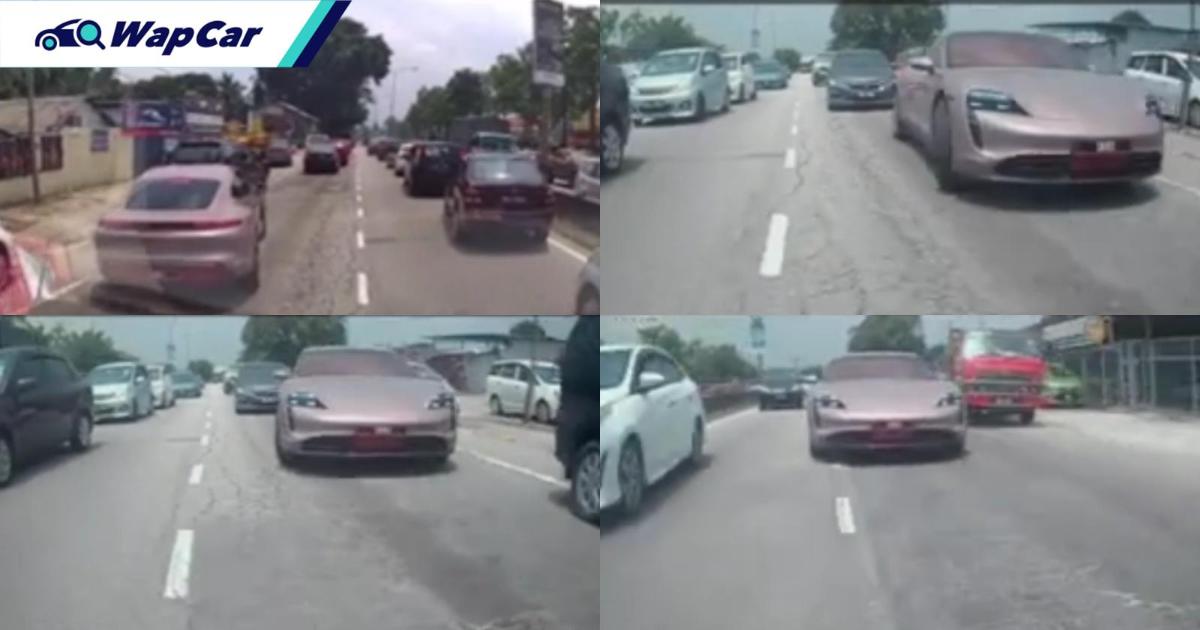 Over the weekend, social media was abuzz as they united to criticise the actions of a pink Porsche Taycan. Believed to have happened in Nilai, Seremban, the Taycan was caught on video trying to escape the congestion by following behind an ambulance that has its siren on.

At the start of the TikTok video, the shiny new Taycan could be seen allowing the ambulance to pass before sliding into the path as it passed by and tailing the ambulance.

The video ended with the car disappearing to the right of the ambulance just as the driver on duty issued a warning on the ambulance’s loudspeaker.

While there is no law (to our knowledge) that prohibits cars from following in an ambulance’s wake, police can still pull you over and issue a hefty fine for doing so like the Toyota Hilux in the video below.

No, they can’t punish you for following behind the ambulance but they can slap you with fines for reckless driving and speeding. This is because when an ambulance is answering an emergency call, it is usually speeding to its destination.

That’s not the mention that there is a chance that you might crash into the ambulance and make the situation worse.