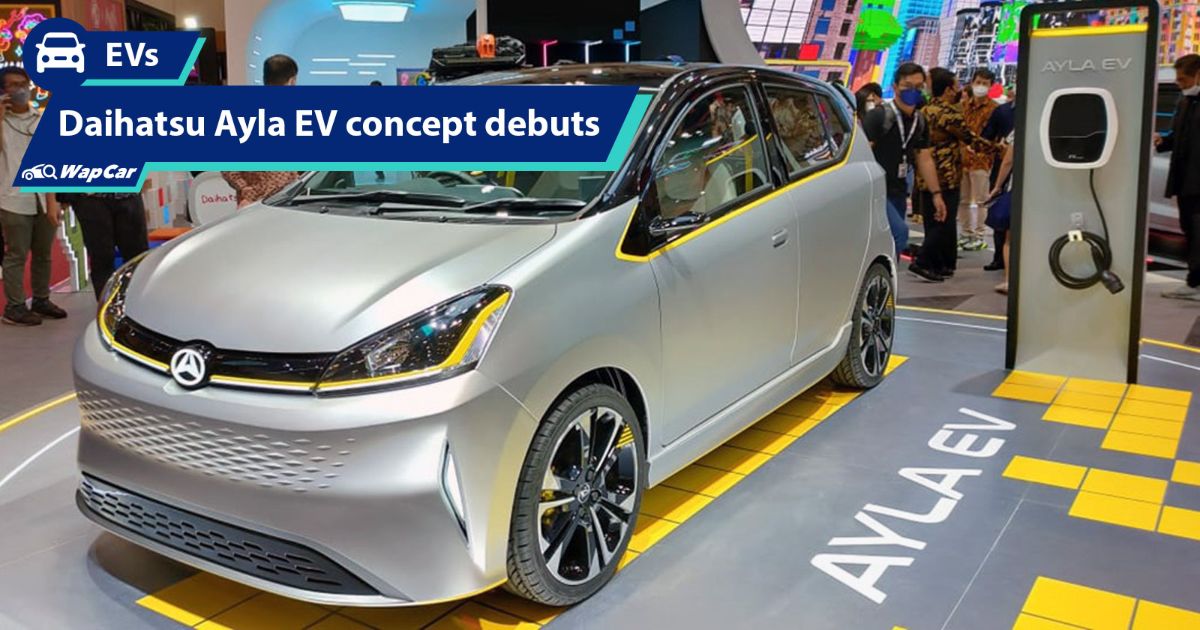 At the ongoing Gaikindo Indonesia International Auto Show (2022 GIIAS), Daihatsu has brought out the Daihatsu Ayla EV concept car. The Ayla is also known as the Perodua Axia in Malaysia.

The key difference between this concept car and the regular Ayla / Axia is its propulsion system. Here, as the name suggests, the Ayla EV is electric, powered by a 32-kWh battery pack powering a 60 kW electric motor. 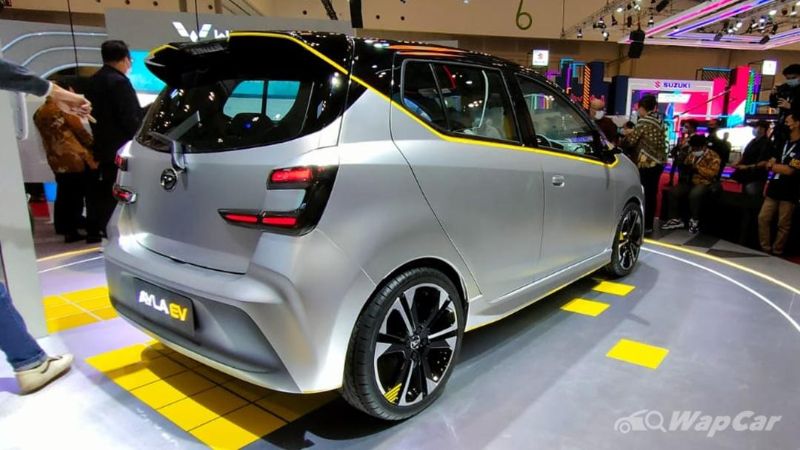 It also gets a revised front and rear bumpers, of which the former is fully covered up, as an EV does not require as much cooling as an internal combustion engine. The covered up front fascia also reduces drag, thus improving its total range. 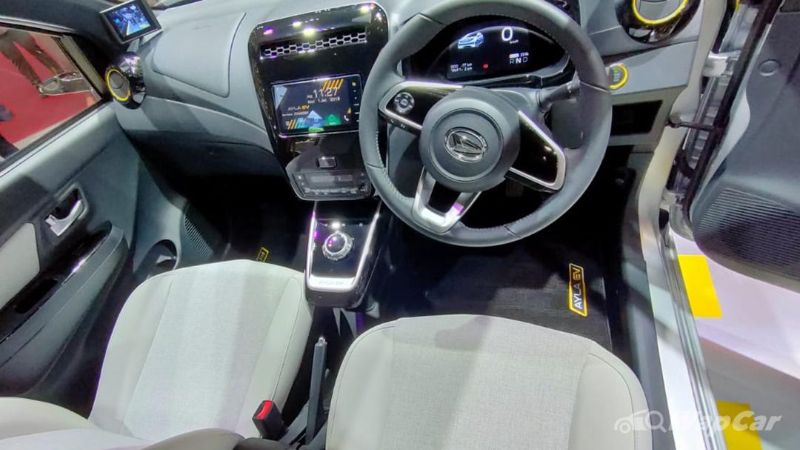 The Ayla EV here also gets tiny cameras mounted on the sides, replacing the bulky side mirrors on the regular Ayla / Axia. These cameras feed video stream onto a pair of monitors in the cabin, similar to the Honda e. 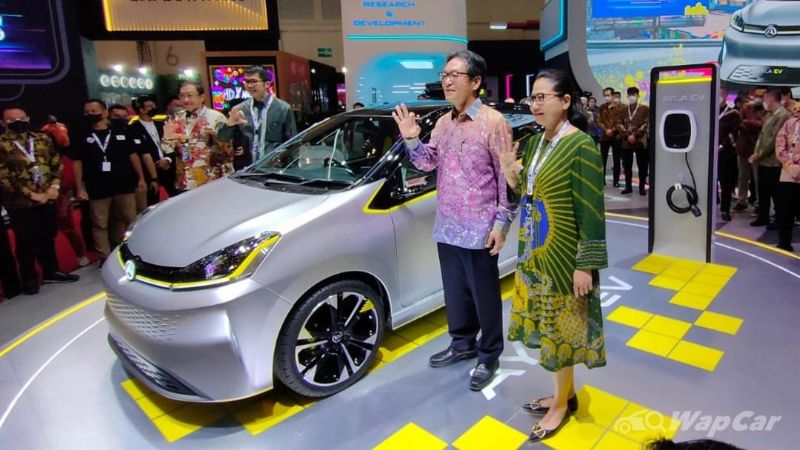 Speaking of the cabin, the Ayla EV concept car here gets a fully-digital instrument cluster, as well as a steering wheel lifted off the Daihatsu Rocky / Perodua Ativa. The yellow highlights are also features inside here, which can be found on the engine push start button, air conditioning vent surrounds, and carpets.

Closer to home, although the Daihatsu Ayla is closely related to the Perodua Axia, Perodua may not offer an Axia EV so soon, as EVs aren’t the immediate priority for Perodua at the moment; hybrids are.

Perodua has confirmed that they have brought in 300 units of the Perodua Ativa Hybrid, though all units are for leasing purposes only.

Also Read: Perodua Ativa Hybrid: Only 300 customers who booked the regular Ativa before 31-July are eligible to lease