At its most fundamental level, cars are merely a collection of metal and parts. But few car companies will sell you a car at the price of the sum of its materials and cost it took put the car together.

Premium brands especially, want to sell you not just a car but also an admission in their deeply storied heritage, and a certain lifestyle that their marketers promise you.

Why pay over RM 200k for a Mazda6 when you can buy a Mercedes-Benz C-Class for just a little bit more money? Badge matters (a lot!), and that’s perfectly a sound reason to pay more for a Mercedes.

A car’s badge holds a lot of power over consumers but when did this believe took hold?

Branding is a 20th century creation, a craft perfected by the capitalist Americans. To be specific, it’s General Motors’ strategy of planned obsolescence and their hierarchy of brands.

GM President Alfred P. Sloan coined the “ladder of success” method. The average American car buyer will enter the GM family by starting off with Chevrolet as his first car, progressing to Pontiac, Oldsmobile, Buick, and ultimately a Cadillac.

The same parts that made up a cheap Chevrolet could also be used in a Cadillac, but sold at vastly difference price.

At around the same time, Edward Bernays fathered the art of public relations.

If you ponder deeper on this subject, you will realize the branding is nothing but myths and fairy tales that adults believe, and when enough of them believe in it, it becomes real.

We may live in 2021, but the need to believe in a collective myth / story is hardwired into the human psyche.

History professor Yuval Noah Harari explained in his book 'Sapiens: A Brief History of Humankind' that we humans achieved what we achieved not because of our superior intellect (over apes), but because we are the only creatures who belief in myths and stories, therefore allowing us to wonder, imagine and hope, thus giving us our distinct culture.

Ancient symbols of wealth and power

In the ancient era, it was believing that kings, emperors and pharaohs were direct descendants of gods that mobilized humans to build great structures that still stand today.

In today’s world, it is our collective belief that a piece of paper actually holds power – money, a country’s constitution, parliamentary Bills, a legal contract, passport – all myths in the eyes of Newtonian physics – but we collectively agree to grant these inanimate objects power.

The world operates on the pretext that everyone accepts that these invisible concepts and inanimate objects have power over us – a court house, a Parliament, stamp of authority on a piece of paper, a country’s flag.

See? We all believe in myths, and we turn imaginary tales into realities using legal powers that we made up ourselves.

Buying into myths or buying into craftsmanship / engineering?

Which brings us to the next topic. When buying a car, what are you paying for actually? The value of the materials and the cost to develop and put the car together? Peace of mind ownership? Technology? Precision engineering? Craftsmanship passed down from generations of artisans?

Let’s be honest. None of the above matters as much as the myth and fairy tales of a brand’s story. When you are buying a car, you are not just paying for a mechanical contraption, but you are paying for a belief into the brand's story. This is especially true for premium cars.

Premium cars are not expensive because of their higher construction cost, because that's only a small factor. No, what you are paying for is for the privilege to be part of a certain lifestyle promised by the brand. The car is just a ticket of entry.

It’s also why less popular premium brands like Mazda, Volvo, or even Kia or Hyundai’s stunning Genesis can never become mainstream luxury cars, no matter how good their products are. At least not in face-value conscious, superficial, resale value obsessed car buyers of Malaysia.

Take Mazda for example. Recall that Mazda is embarking on a make-or-break upmarket push. If it succeeds, it will be able to repeat Audi’s success in transforming itself from a maker of big Volkswagens in the ‘80s to become a legitimate rival to Mercedes-Benz and BMW. If it fails, it might just send the company into a financial tail spin.

We have said it before and we will say it again, the Mazda3 impresses us more than many premium cars on sale today. 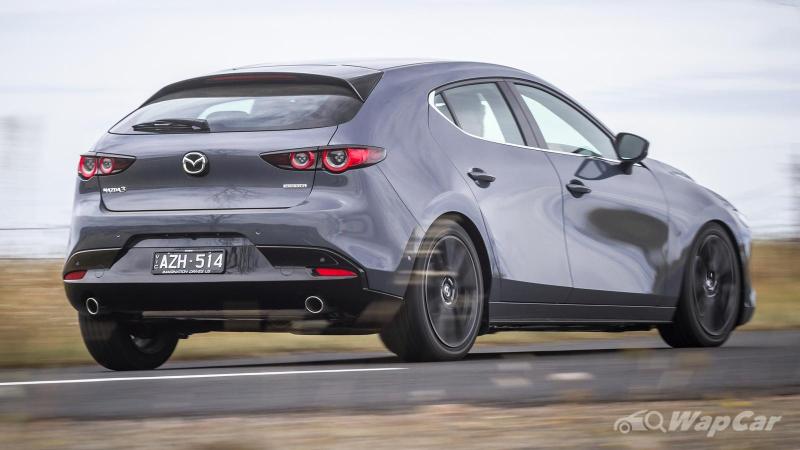 The selection of cabin materials in recent Mazda models, the high quality tactile feedback of its switches and controls, rival that of Audi models. 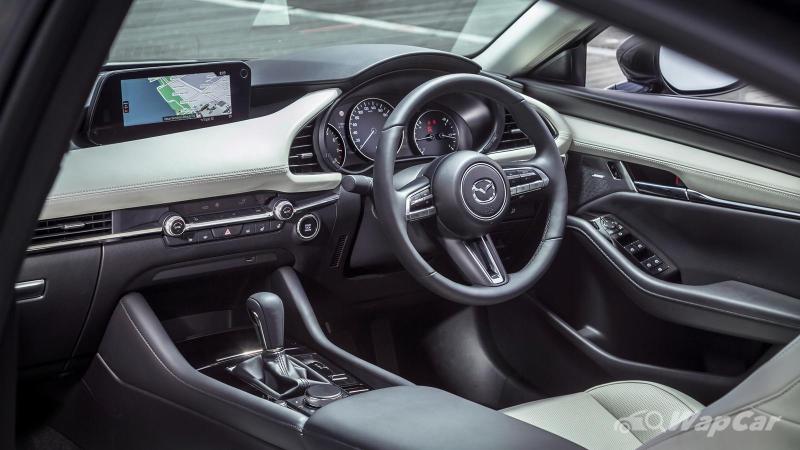 Centre dial is digital but your eyes can't tell the difference. It makes every digital display out there look like a cheap alternative.

Who else spends crazy money to develop a digital instrument panel that looks and feels identical to an analogue dial? Who else cultivates craftsmen (and women) – skills that one doesn’t just go out and place an order to buy - to perfect the side panels of a car’s body so it bends light and shadow as the car moves? Not even Rolls-Royce does that!

Mazda's lines are so beautiful because it's perfected by artisans, not computers or millennial clay modellers wearing Vans shoes and airpods. 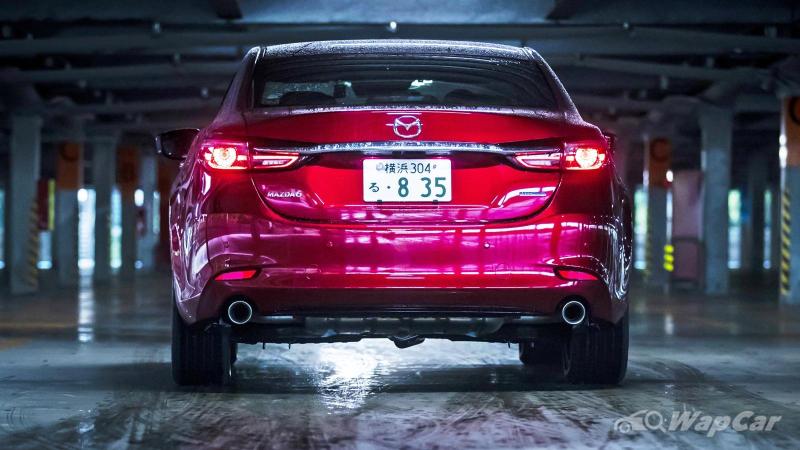 Mazda models are not overpriced. They are budget premium cars for consumers who understand the interplay between myths of a brand’s stories versus what they actually get for their money, and know how to outwit the rules of the game.

It’s the same with Volvo and their Bentley-level ‘book-matched’ symmetrical arrangement of Nordic wood trims, and their signature Orrefors crystal glass shift knob.

Have you seen BMW’s execution of the same on their flagship 8 Series, and the surrounding plastic panel around the gear knob? Where did the money go to?

Similarly with recent Kia models, which were unfortunately let down by a weak distributor, something that the new distributor is working to address.

Volvo's materials and craftmanship lives up to its luxury positioning. Look beyond the badge and you will see that there is a huge chasm between what you get from some cars, versus what you get with others, for the same price.

The key to Mazda, Kia, or even Volvo or Genesis’s success is not with product excellence, because that’s already been achieved with their current generation of products.

The next phase of these brand’s upmarket push involves the study of psychology as much as it is about engineering.

Consumers often assume that businesses are vying for a bigger share of their wallet. That’s only half true. The real battle ground is actually in the hearts and minds of consumers, and the deeply storied German premium brands are extremely good at this game.

If you want to know what the best car to buy is, then you need to recognize how this game/battle over your mind is being played out.

The best engineered cars are not (necessarily) the ones with the most prestigious badge, or the ones that make most horsepower, but the ones that you sit most naturally in, and ones that you feel its motion not with your chest, but your waist – the human body’s centre of gravity - with controls that are designed to work best with your human eye and mind.

It’s the car that excites your senses the most – sight, touch, hearing, smell – but more importantly, excites your soul. Remember that smiles per miles has little to do with speed or horsepower, but how the car speaks to you, how the feedback filters through the steering wheel rim to your fingers, how your waist feels locked in to the car, as opposed to merely sitting in a car, and how the car moves as one with you.

So go out, buy what you like, not what people tell you what you should like. Or worse, buy what the next owner tells you to buy (because of resale value), or form bad opinions because someone said their brother / sister / father / mother / cousin / friend / insert any possible relation said they had some problems. Try different brands with an open mind. There are plenty of options in the market place, even in Malaysia.