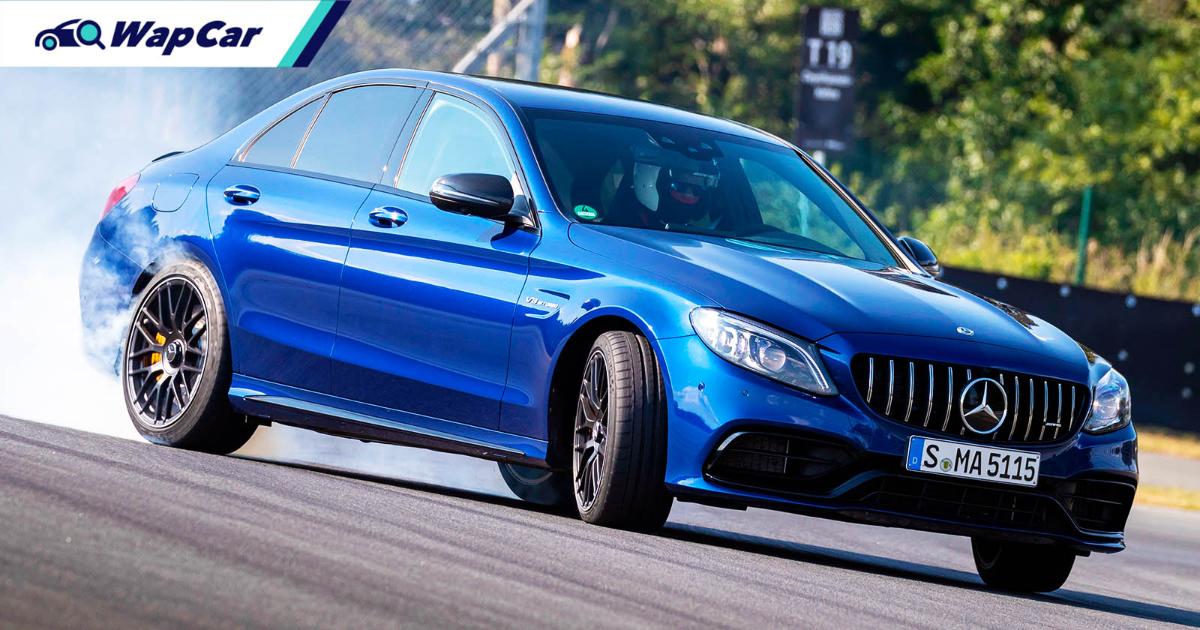 The M139 is already pulling duty on the current AMG 45-series cars, with a handy output of 421 PS and 500 Nm (it is, currently, the most powerful 4-cylinder production-car engine in the world), and paired to AMG's Speedshift MCT 9-speed transmission. To further elevate power levels, Mercedes-AMG will pair the M139 with a plug-in hybrid system, dubbed the E Performance models. 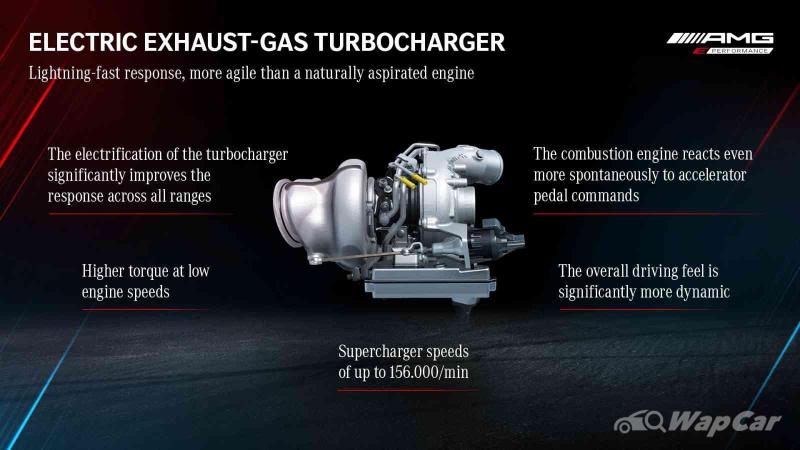 This plug-in hybrid system is inspired by the Motor Generator Unit-Heat (MGU-H) Mercedes uses in its Formula One cars. It has a 6kW electric motor sitting on the turbocharger shaft, to basically eliminate turbo lag and improve throttle response, even at lower engine speeds (for long, a stick used to beat turbo engines). This helps push power to 449 PS, from just the engine alone. 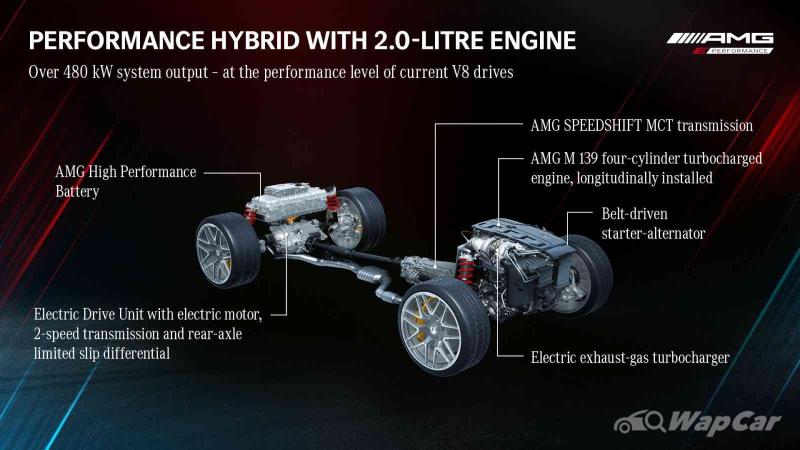 On top of that, the rear axle will package a high-voltage electrical system (called the Electric Drive Unit, EDU). The EDU packs a 6.1-kWh battery and an electric motor that drives the rear wheels via a two-speed gearbox. The turbocharger's electric motor will also draw power from the EDU's battery. 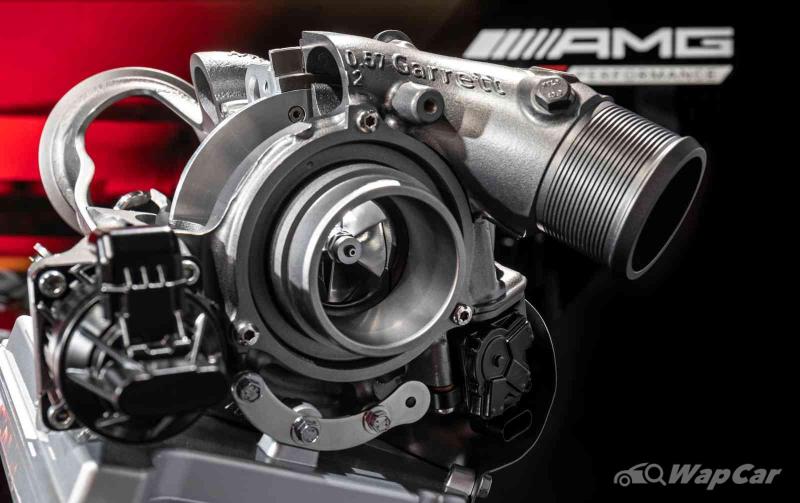 In short bursts, the EDU can provide up to 204 PS, or 95 PS in a constant stream. Mercedes-AMG says the combined power and torque output is slated to outperform the outgoing V8's (effectively around 653 PS). Bold claims indeed.

While it's undeniably sad that V8s are going the way of the dodo, Mercedes-AMG is hell-bent on making sure their new slew of performance models get the grunt that befits the brand. Any 4-cylinder powerplant capable of producing more than 600 PS gets my vote of confidence.