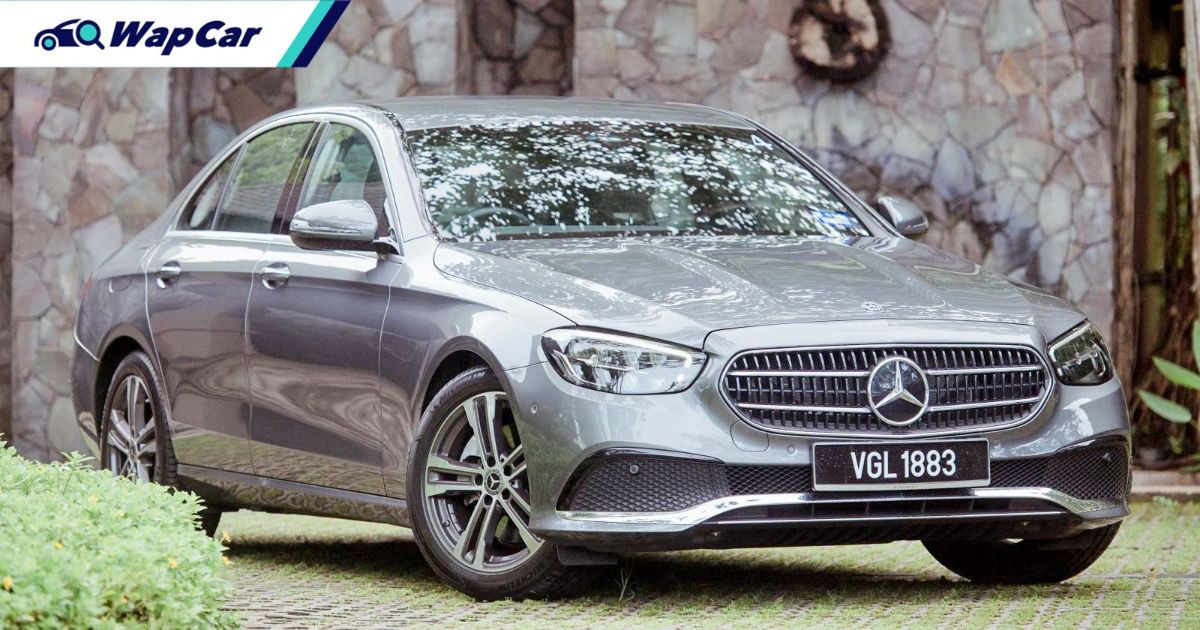 The facelifted W213 Mercedes-Benz E300 is one of the best executive sedans you can buy today. It’s the sweet spot of Mercedes-Benz Malaysia’s wide line-up of models, and the new facelifted model has fixed (nearly) everything we didn’t like about the previous W213 E-Class, especially its ride comfort.

Priced from RM 397,888, the E300 strikes the right balance between business appeal, value for money, and ease of driving. The bigger S-Class commands more respect but the task of driving it is better left to the chauffeur. Meanwhile, the smaller all-new W206 C-Class looks good but if you are shopping for an E-Class, clearly you understand why the C-Class is no longer suitable for a person with decades of proven business reputation like yourself.

Once you step beyond the E300 and into the S-Class (or even GLE) territory, you step into a zone that economists call diminishing marginal utility, a point where every additional thousand Ringgit spent results in ever-smaller returns.

But if the E300 is the upper limit of this zone, how does the cheaper E200 fare? 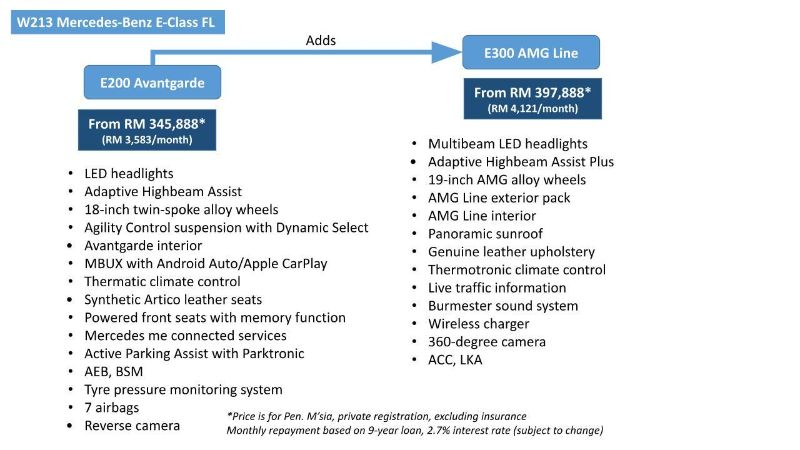 Surely you can’t be that poor to shop for a new E-Class and then balk at paying 15 percent more to get the better car, right?

If you are considering between an E200 and E300, then know that the simple answer is this – Don’t be a scrooge and shortchange yourself, just buy the E300. 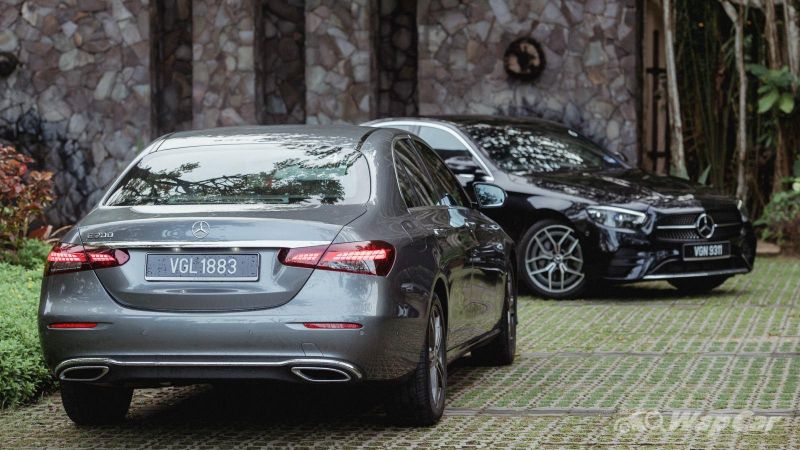 In case we don’t make it clear enough already, the E300 is the best Mercedes-Benz model on sale in Malaysia, it’s the sweet spot where the criteria of luxury, business appeal, value, comfort, and performance all intersect in harmony.

But if for whatever reason, you still want to look take a closer look at the E200, here’s what you need to know. 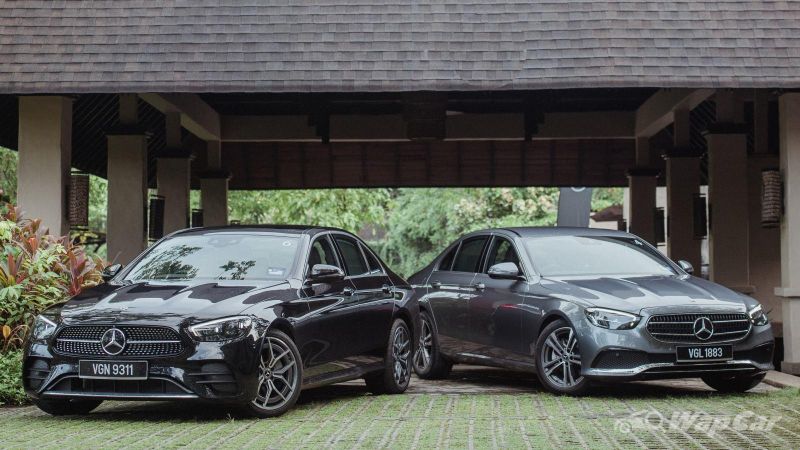 Not as good as E300 but oddly, you'll still be happy with it 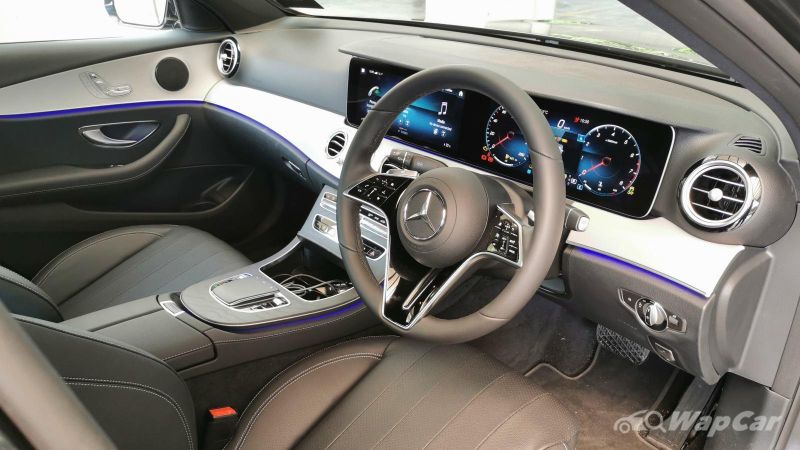 Yes, you will appreciate the deeper well power reserve in the E300, but additional 61 PS and 50 Nm don’t make a world of difference in real-world driving.

The E200 already offers plenty of poke. With today’s traffic, even when driving on interstate highways, you are not going to be able to put the difference in power output to much use.

What’s more important is whether the E200 has enough power to make overtakings an effortless flex of the right foot, and the ability to sustain highway speeds with the engine spinning leisurely – all of which the E200 does so comfortably, which brings us to the next point.

It’s a relaxed cruiser, just as comfortable as E300

The additional RM 52k that the E300 asks for doesn’t add much to the car’s comfort, because both models share the same Agility Control Suspension. 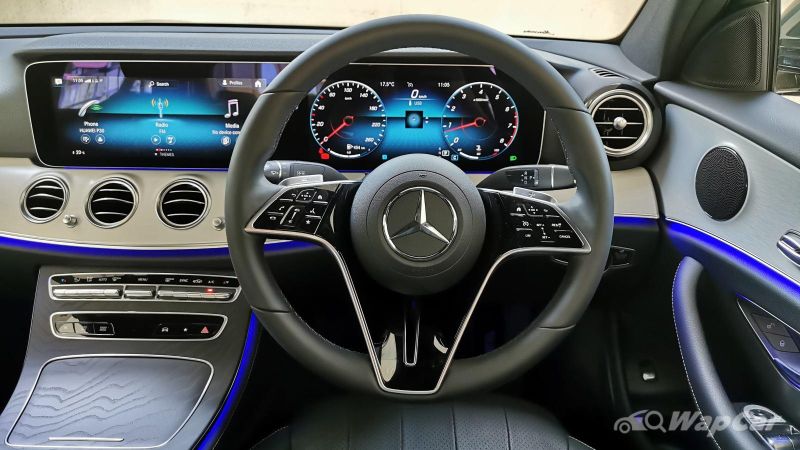 In Mercedes-Benz’s confusing lingo, Agility Control suspension simply means adaptive suspension but minus any user-selectable function (for that you need Dynamic Body Control or Airmatic suspension). There’s Sport, Comfort, and Eco driving modes in the car, but those only adjusts the transmission’s and engine’s mapping, not the suspension.

Sitting inside the E200, you are pampered with high quality materials – black open-pored ash wood trims, Artico synthetic leather seats, and more importantly, the E200 shares the same dual widescreen (12.3-inch each) instrument panel and infotainment as the E300.

In other words, the E200 doesn’t feel like a poor man’s E-Class. 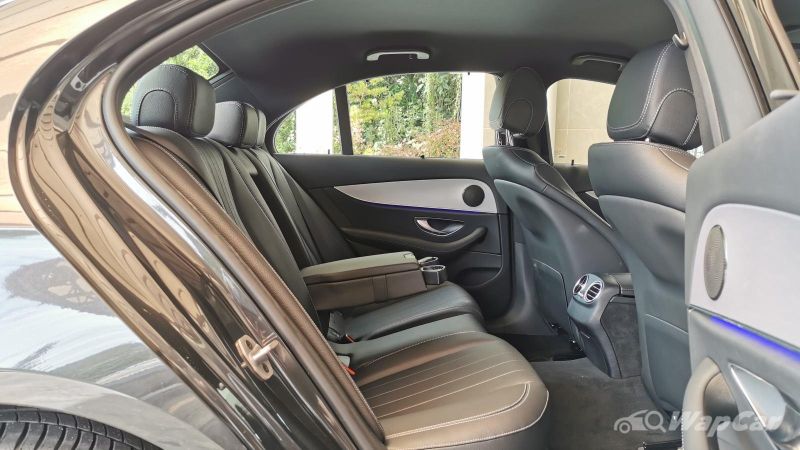 It’s better than the non-existent BMW 520i

You won’t feel poorer, until you select Reverse

If there is a moment when you are reminded that you bought the cheaper car, it is when you select Reverse. Curiously, Mercedes-Benz Malaysia has elected to remove the 360-degree parking camera from the E200.

Select Reverse on the steering rack-mounted gear stalk and the video feed will show only the rear view. As the MBUX infotainment’s graphics and user interface are meant to show a 360-degree view video feed, the rear view-only presentation makes for a rather incomplete user experience.

For example, at low speeds, when at close proximity with hazards, the parking camera will turn itself on, but in the E200, since there's no 360-degree camera, the screen will only show the back of the car, as you drive forward...

This is our only major complain for the E200.

All other shortcomings of the E200 – the tight footwell for your left foot, slightly offset seating position (but it’s not as bad as the terribly uncomfortable W205 C-Class), and difficult to use capacitive touch buttons on the steering wheel applies to the E300 as well. 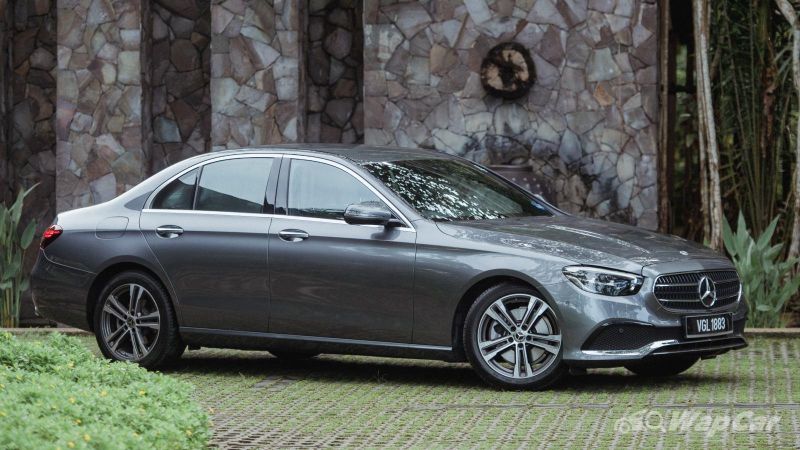 The new facelifted W213 Mercedes-Benz E200 is one of those rare cars where despite being an entry variant, hides its lower position in the product family’s hierarchy. 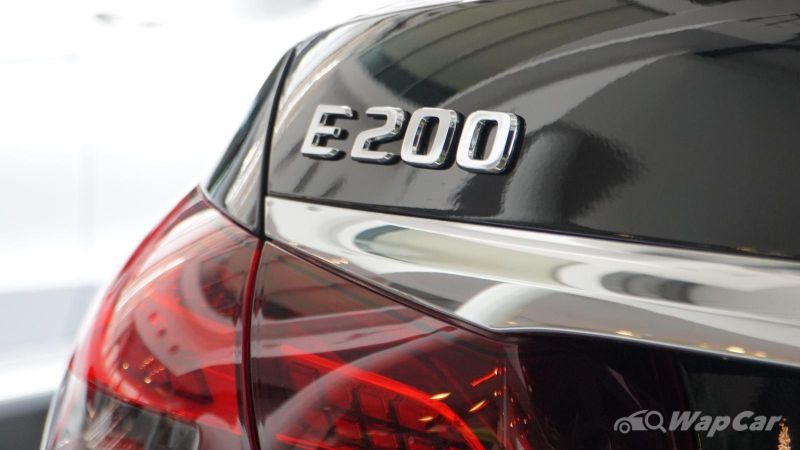 Yes, the Mercedes-Benz E300 is still the better (how many times have we mention that it’s the sweet spot for Mercedes-Benz Malaysia?), but if you think the additional RM 52k that the E300 is asking for (enough for another Perodua Myvi) can be put to better use elsewhere, rest in the knowledge that money men will applaud your choice for the E200.