Home > News > 2021 Volkswagen T-Cross could be launched in Indonesia, what about Malaysia?

2021 Volkswagen T-Cross could be launched in Indonesia, what about Malaysia? 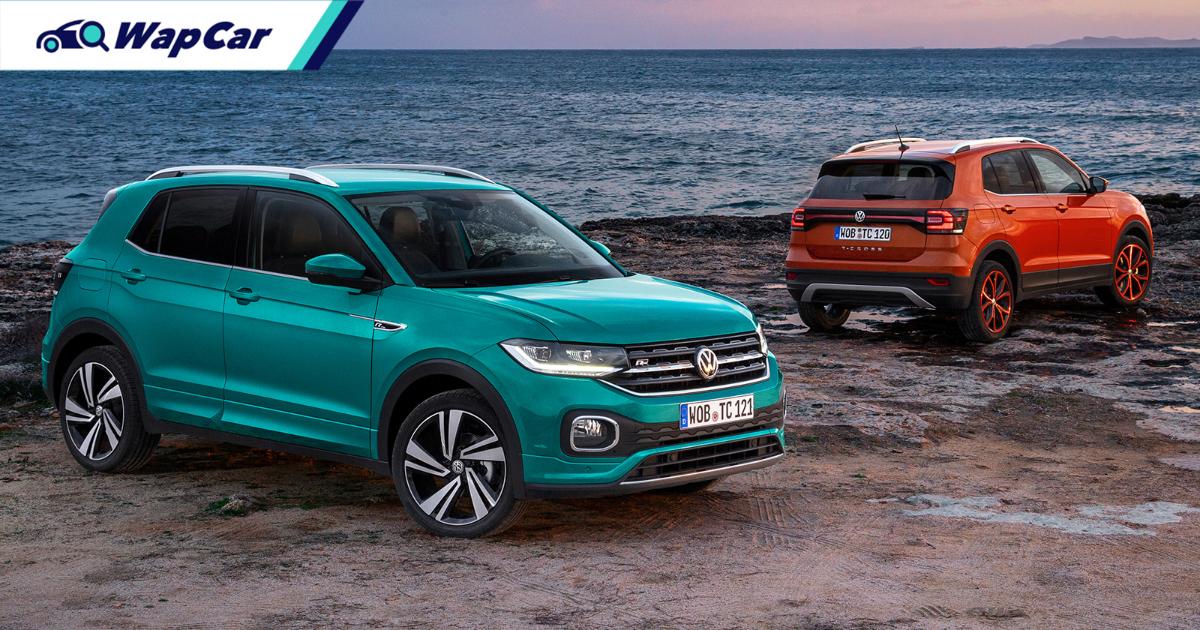 The latest Motor Vehicle Sales Value (NJKB, Nilai Jual Kenderaan Bermotor) from Indonesia’s tax office has revealed numerous vehicles that are to be launched in the archipelago. Besides the specs of the Daihatsu Rocky and Toyota Raize, donor cars to the Perodua D55L compact SUV, another car listed is the 2021 Volkswagen T-Cross. 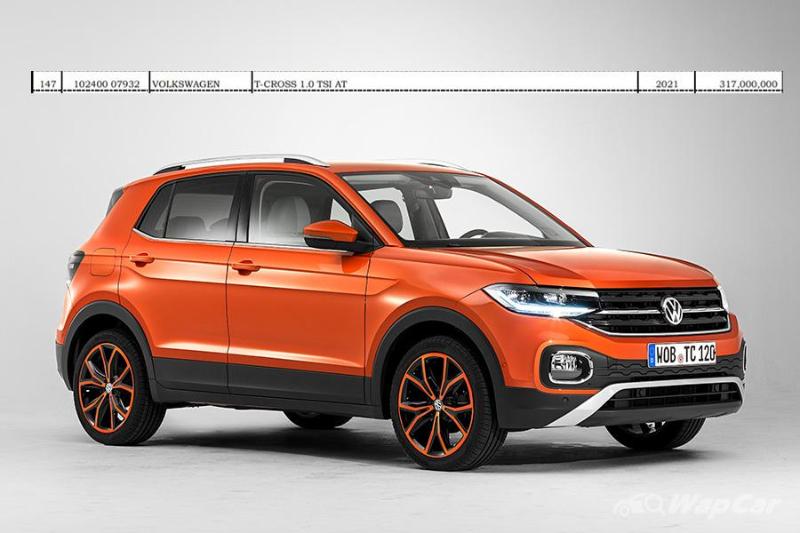 NJKB is a car’s gazetted before tax value that is used by the Indonesian Customs. It is not the car’s selling price. The latest NJKB only shows one variant of the T-Cross which is a 1.0 TSI AT with a price of IDR 317 million. 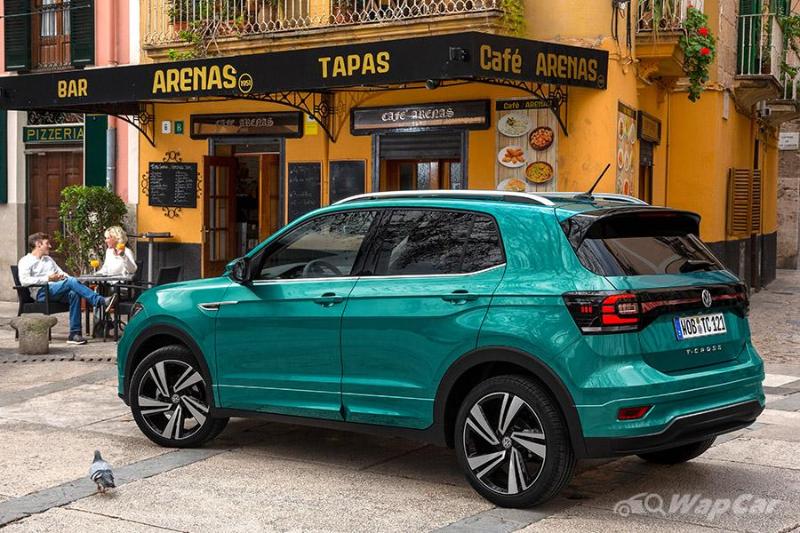 The Volkswagen T-Cross is built on the MQB A0 platform which is also shared with the Volkswagen Polo Mk6 and the Volkswagen Virtus. If it makes it to Malaysia, it will be an interesting competitor to the Proton X50 and Honda HR-V.

It's worth mentioning that the T-Cross is also currently available in Singapore with a single variant, the 1.0 TSI R-Line. 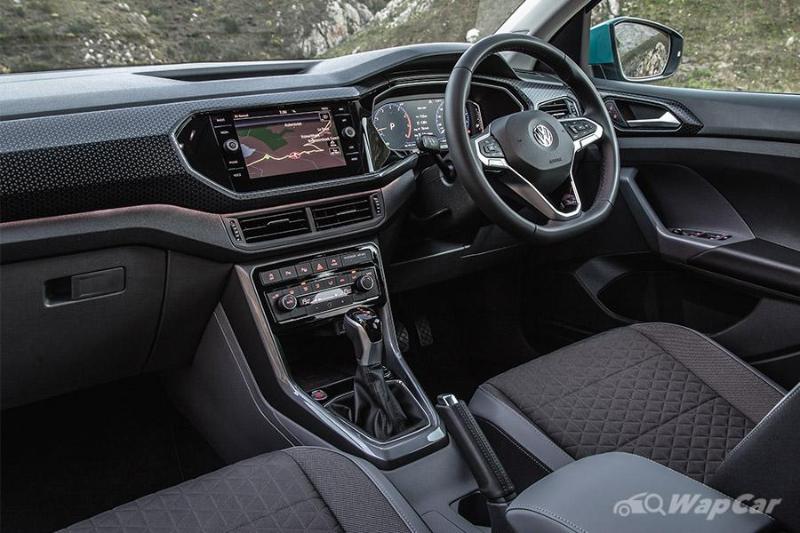 The 3-pot engine produces 115 PS and 200 Nm and it is mated to a 7-speed DSG automatic transmission.

VW builds the T-Cross in several countries, including in India and Spain, though it remains to be seen where the Indonesia-spec cars will be sourced from.

For reference, the Singapore-spec VW T-Cross is imported from Spain. Meanwhile, the Indian-market T-Cross will receive a different name, Taigun, and will be launched in India later in 2021 alongside its Skoda twin, the Kushaq. 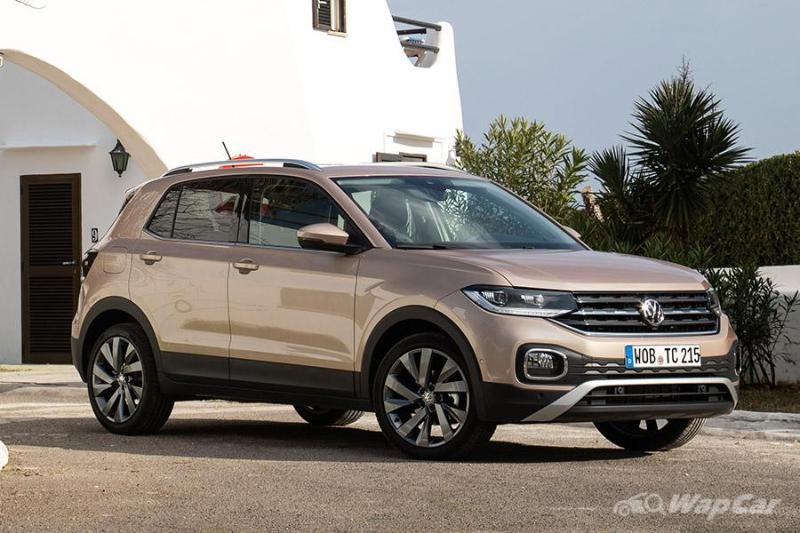 There have been no official announcements by Volkswagen Passenger Cars Malaysia (VPCM) on the arrival of the T-Cross here. Just like the Virtus, if it were to arrive in Malaysia, early batches of the T-Cross could be assembled overseas (CBU) before moving to local production (CKD).

Would you look forward to Volkswagen’s own B-segment SUV rival to the X50 and HR-V if it were coming to Malaysia?