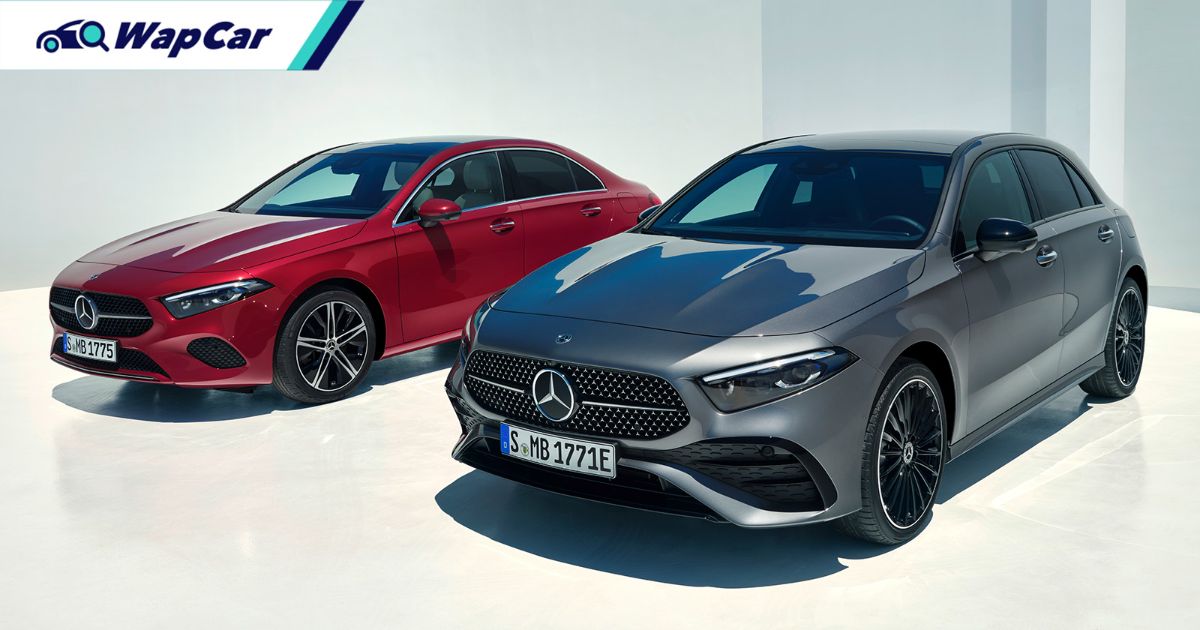 Roughly 4 years after its debut in 2018, the facelifted A-Class now ups the ante for both the sedan and hatchback versions with subtle styling tweaks, improved technology features and crucially, electrification across its entire petrol engine range. 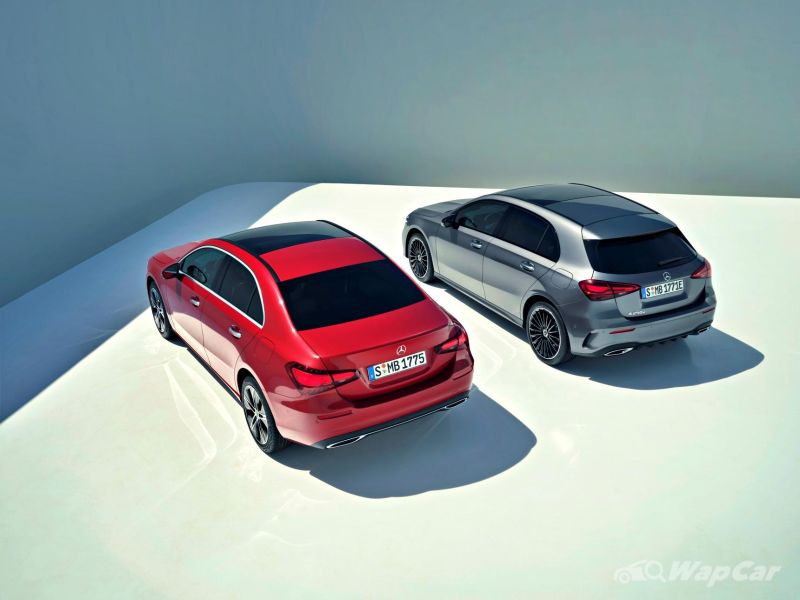 Starting with the big news, all four-cylinder petrol engines (except the A45 S) now feature a 48V mild-hybrid (MHEV) electrical system. A 10 kW (14 PS) belt-driven starter-generator (RSG) now starts up the engine more smoothly and allows 'sailing' with the combustion engine switched off during steady cruising.

During braking and overrun, the RSG recuperates and thus supplies the 12-volt onboard network and the 48-volt battery. Recuperated energy can be used to provide a temporary (14 PS) boost to the engine during acceleration. 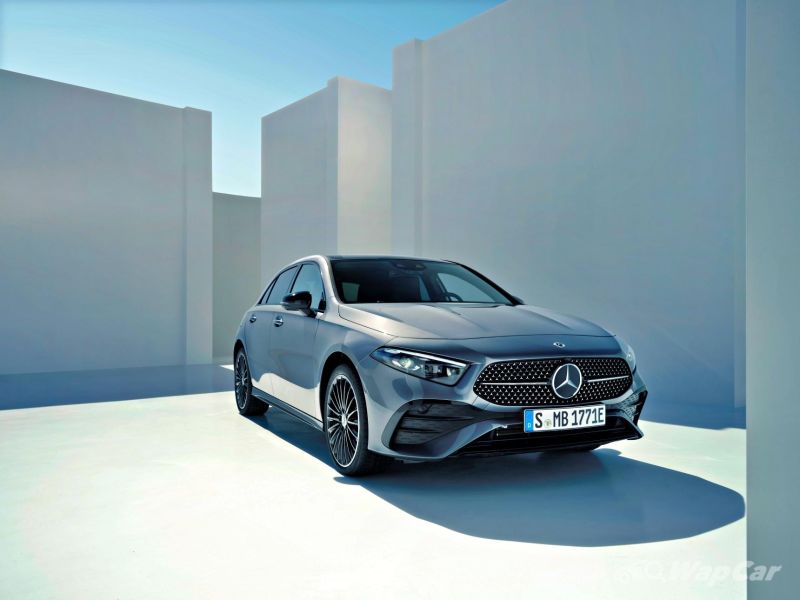 Power outputs are the same, save A250e PHEV models (which we don’t get) that receive a more powerful 80 kW (up 5kW) motor and larger battery capacity (at 15.6 kWh) for an increased electric range. Power is still routed to either a 7- or 8-speed DCT automatic as standard, depending on the variant.

Power outputs of the engines relevant to our market are as follows: 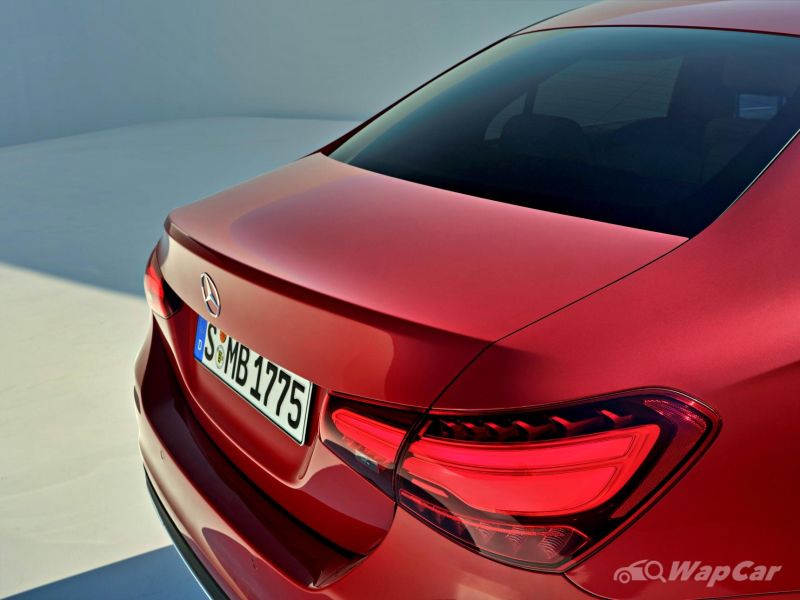 Moving on to the saucier Mercedes-AMG models, the A35 also receives the same 10 kW RSG, whilst the ‘regular’ (387 PS) A45 has now been dropped, leaving the most powerful A45 S to top off the A-Class range. The power figures remain the same as well:

To recap, the following variants of the A-Class are currently offered in Malaysia: 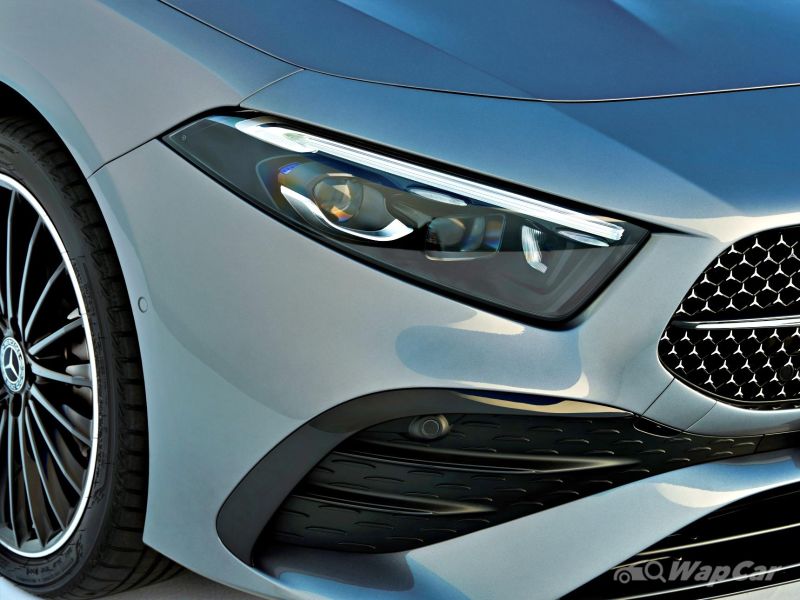 In terms of exterior changes, things are more subtle. At the front, the facelifted A-Class features a redesigned radiator grille with star patterns and reprofiled headlamps.

Alongside, four new rim designs are available, up to 19-inches in size, whilst optionally offered AMG Line wheels now feature a high-gloss black finish. At the back, there is a redesigned rear diffuser and LED rear lights are now offered as standard. 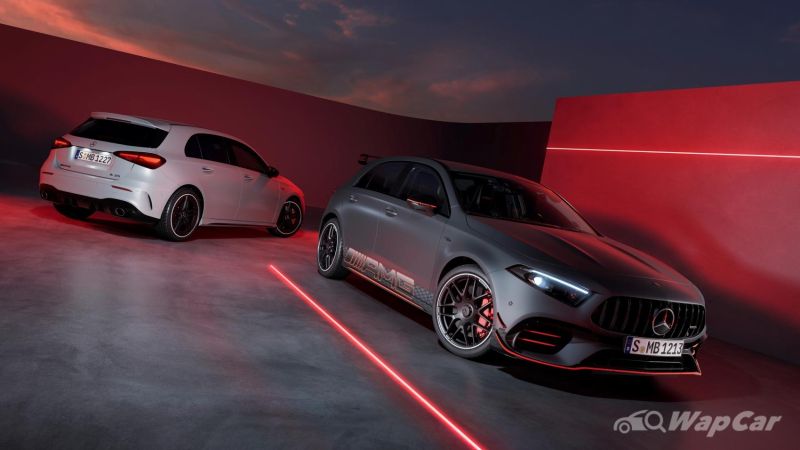 The AMG models also feature an updated radiator grille and the new, round badge with the AMG emblem instead of the Mercedes star atop the bonnet. The A35 also gains a new front apron and the A45’s power bulges to create a coherent AMG face for both models. 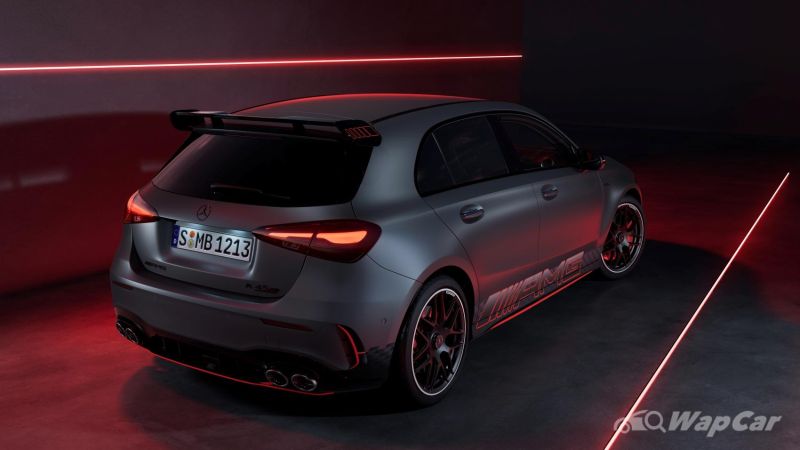 On the inside, there is no change to the twin 10.25-inch screens, but the MBUX infotainment has received hardware and software which now enables it to learn user preferences.

Also read: Review: Mercedes-Benz A200 Sedan CKD – Cheapest Mercedes but at a cost 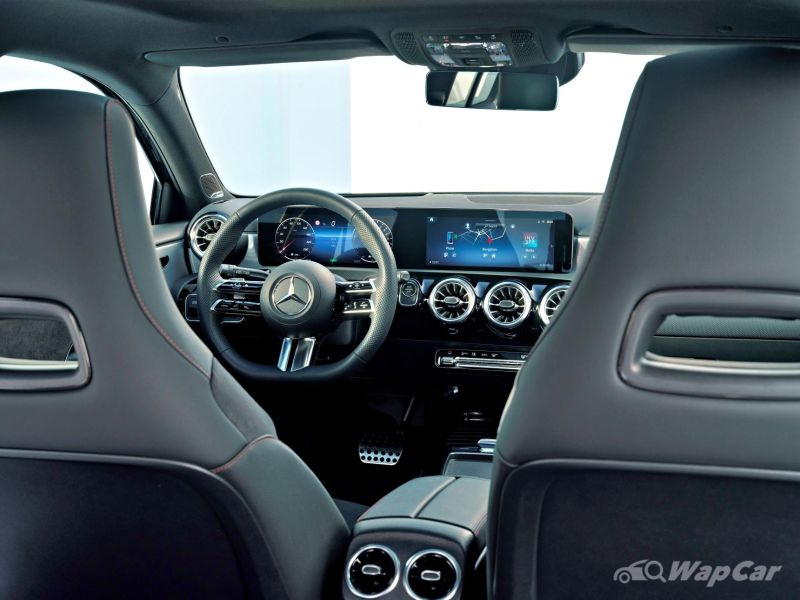 Another cool feature, expected to debut in Q1 2023, is a fingerprint sensor for easier identification and profile authorisation of the user in the central display. 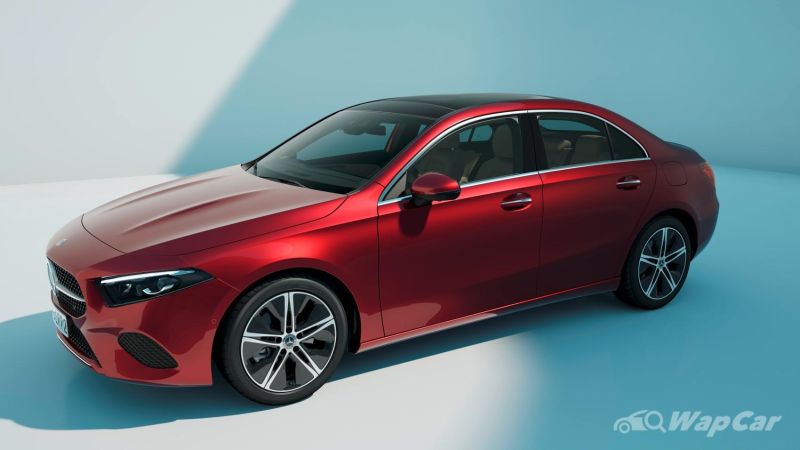 Initial market orders for the facelifted Mercedes-Benz A-Class will start in the final few months with the market launches in Europe expected to start in Q1 of 2023.