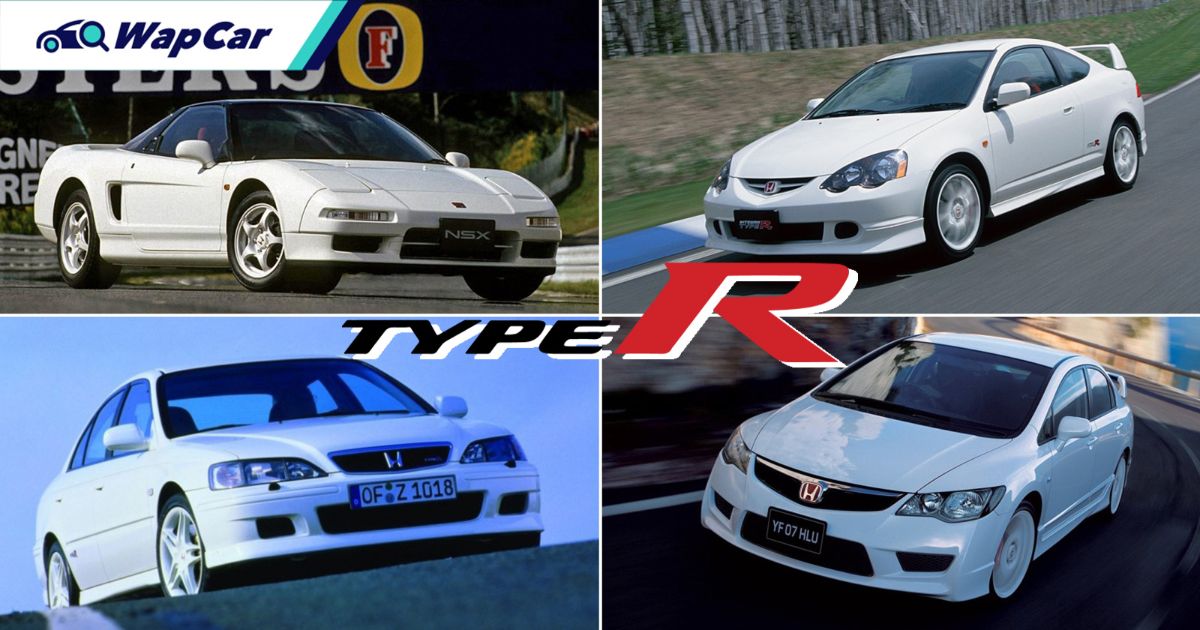 The Honda Civic wasn’t the only coveted Honda nameplate to make a big celebration in 2022. The Big H’s performance division, Type R is celebrating its 30th anniversary this year.

While the red R is currently only available on the Civic which saw the latest generation unveiled last week, the name was used on three other models – the NSX, Integra, and Accord. 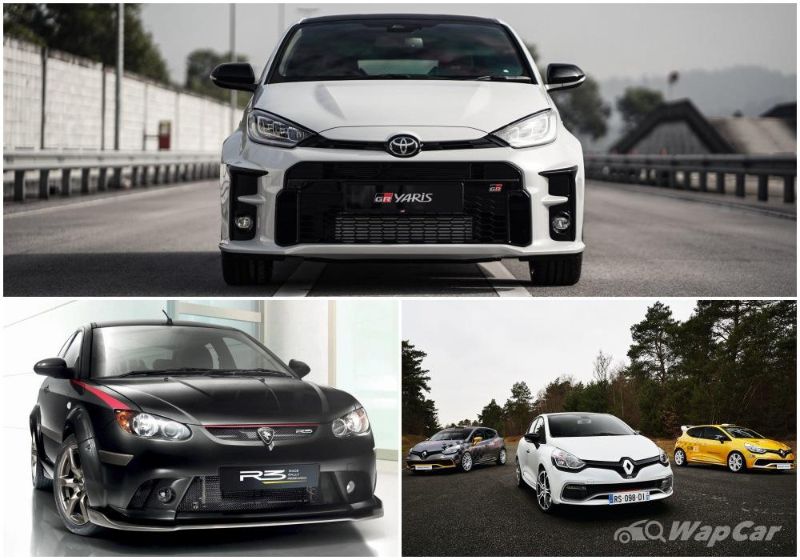 In fact, the Type R division helped to spark a performance renaissance among regular carmakers. The likes of Toyota, Renault, and even Proton started to create their own performance divisions to attract buyers and expand their fanbase.

Also read: How a small division within Proton created a hot hatch that was ahead of its time 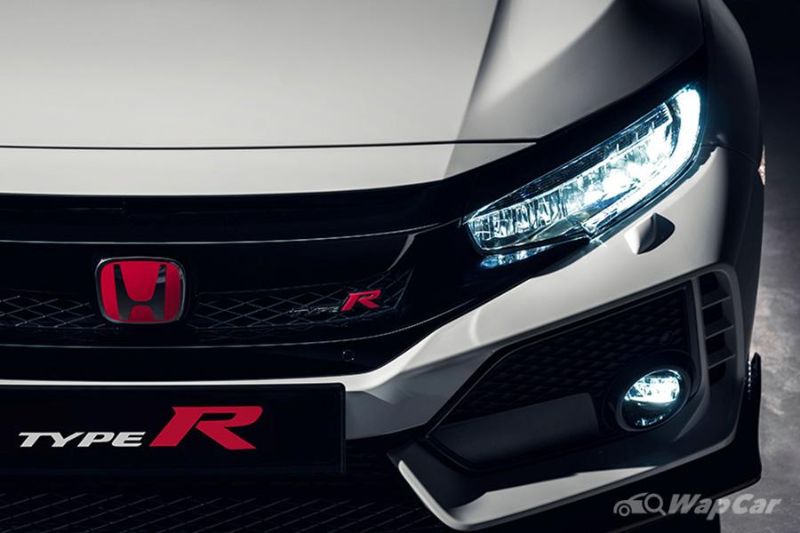 The hot hatch or as a matter of fact, front-wheel-drive (FWD) cars that would gladly take the corner like a champ wasn’t an innovation created by Honda but the Type R helped to spearhead a movement once ignored by most manufacturers. Still, the Type R’s initial inception in 1992 wasn’t to create the ultimate FWD car, it was to make its flagship supercar even greater. 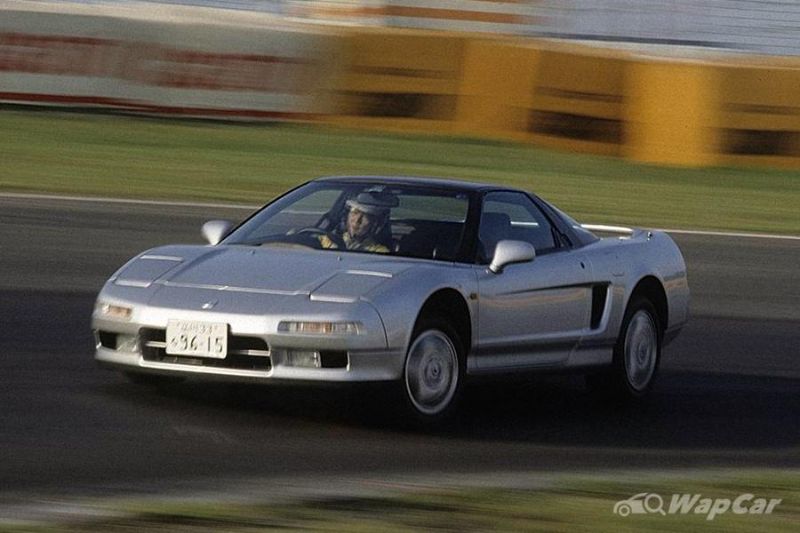 The company's first supercar, the Honda NSX was already a proper supercar that balanced performance, comfort, and reliability. It received accolades from the media and proved to the West that Japan is all in when it came to making a performance car. 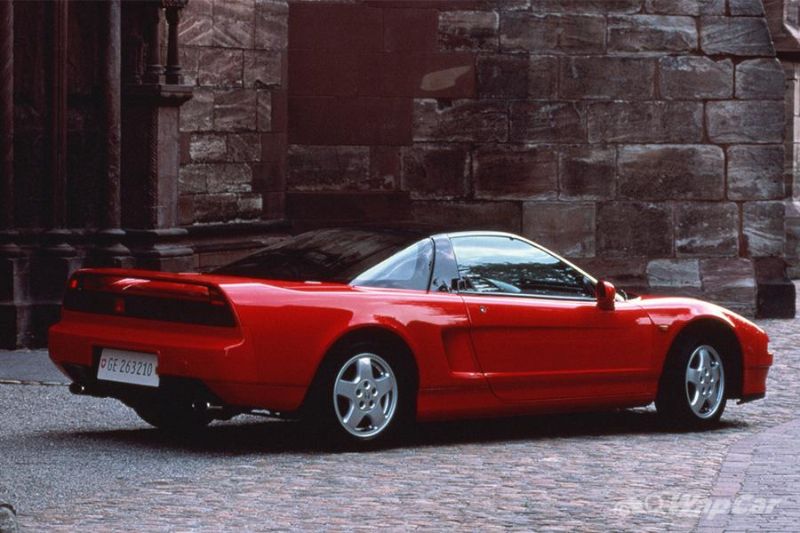 However, back at Honda's HQ in Suzuka, the NSX development team was largely unimpressed. The ultimate Honda supercar was well-balanced but not enough to stir the hearts of enthusiasts. In other words, the NSX only received an A on the report card when it should be getting A++.

What was missing, was a certain spice that would transform the NSX into a hard-driving monster around the track. Shigeru Uehara who led the NSX development envisioned this ultimate form to be an F1 car that you could easily drive back home and it was to be given the coveted Type R name with the R standing for ‘racing’. 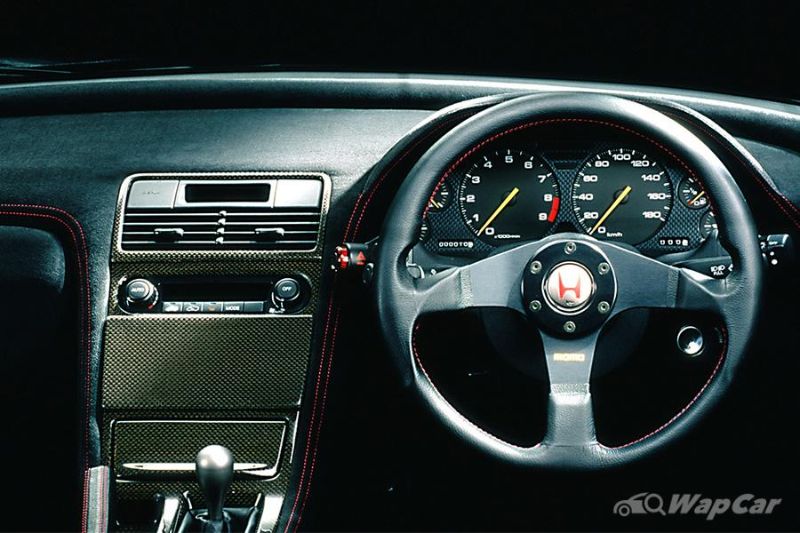 Uehara would channel the spirit of Lotus’ founder Colin Chapman during the potent NSX’s creation. Creature comforts like the airbag, power steering, radio, and air-conditioning were removed and lighter materials replaced some components which resulted in the NSX-R shedding 120 kg.

Also read: Neither simple nor light, here's why Lotus made the all-electric Eletre SUV 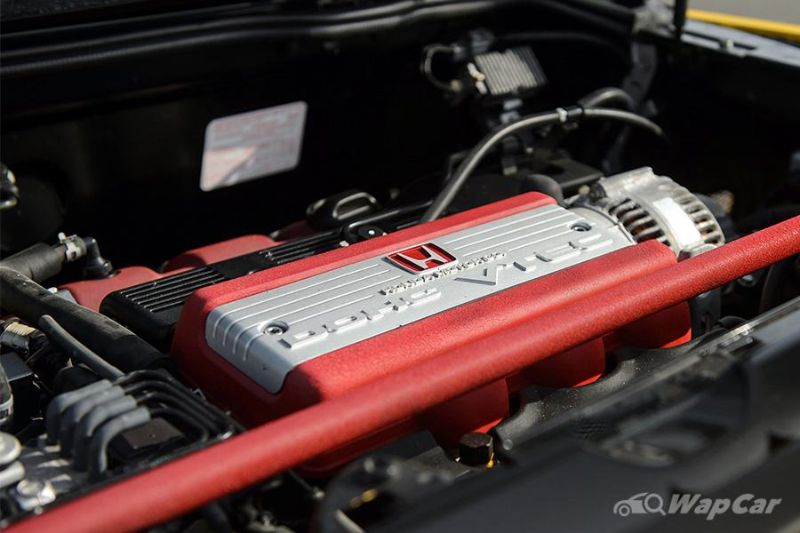 The suspension was tweaked for better handling around the circuit while the gearbox ratio was shortened for faster acceleration. The 3.2-litre naturally-aspirated V6 engine was blueprinted but thanks to a “gentleman’s agreement” among Japanese carmakers, it was rated to produce 280 PS. 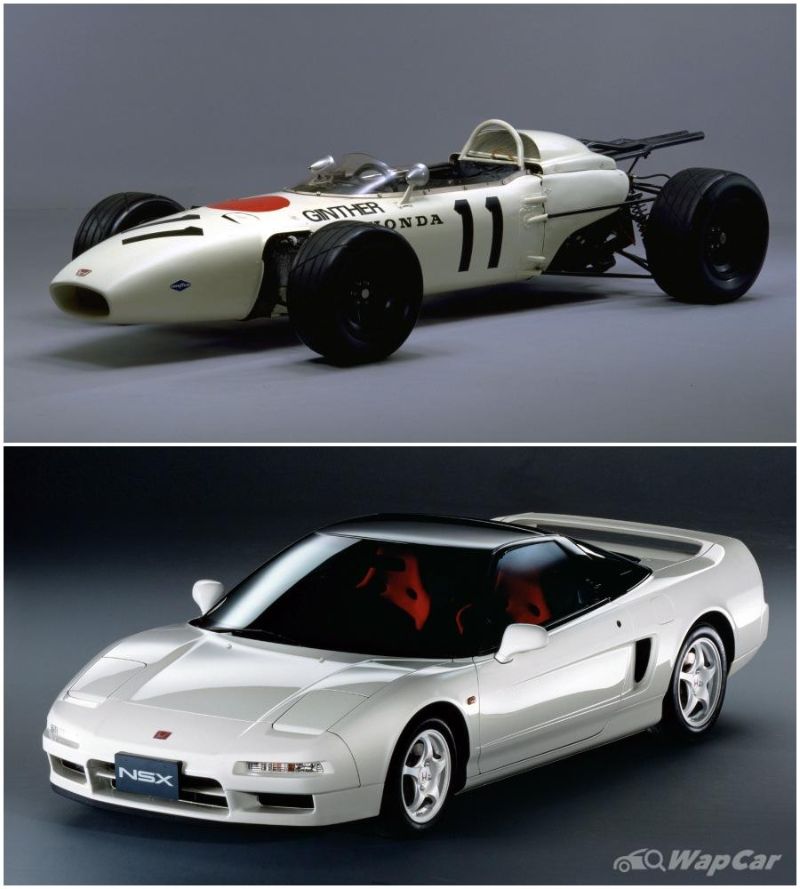 Inspired by the Honda RA272 that won the 1965 Mexican Grand Prix, the first Japanese car to win F1, the NSX Type R would be painted in Championship White with a red Honda badge. Only 483 units were built exclusively for the Japanese domestic market but this was only the beginning.

While the first NSX Type R was only meant to be limited in production and distribution, the next model to bear the Type R badge would be a lot more accessible to buyers. Looking at Honda’s line-up for potential candidates, Uehara and his team decided to take in the Integra. 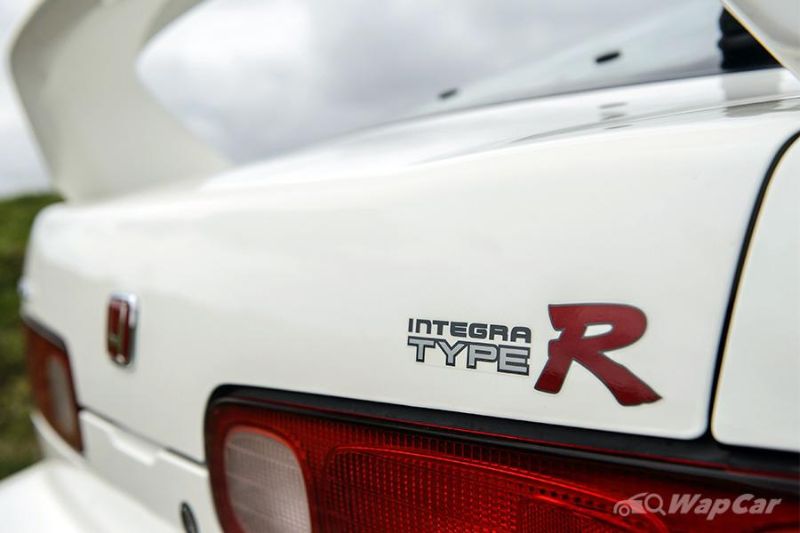 At the time, the third-generation Integra was undergoing development, so the timing was just right. It was also the right car to introduce the Type R to the global masses as the Integra was also sold overseas.

While developing the NSX-R was simple considering it looked the part and was RWD, the challenge for the Integra Type R was to convince buyers that FWD cars have the potential to be a track monster. In fact, the team had just the place to prove it – Tsukuba Circuit with a target lap time of 1 minute 8 seconds which was set by Drift King, Keiichi Tsuchiya in an R32 Nissan Skyline GT-R. 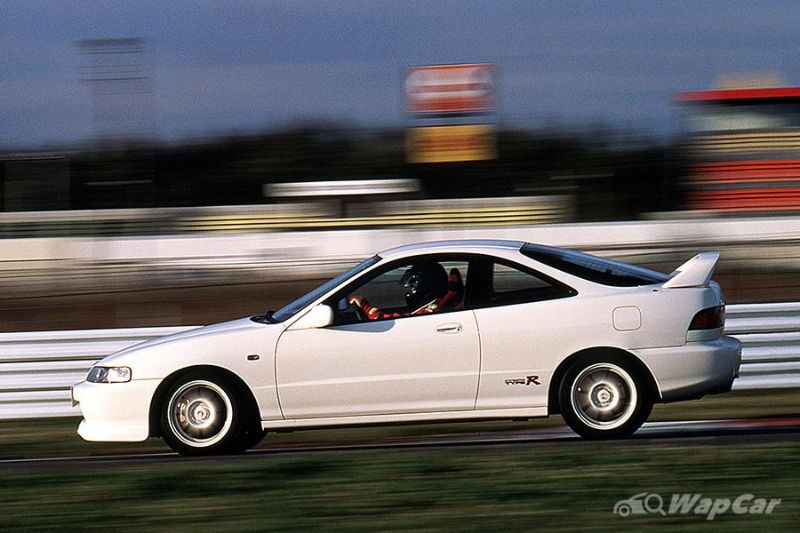 FWD cars are prone to understeer when being pitted around a corner at high speed and to remedy that, Uehara and his team decided to use helical LSDs. As a result, the Integra Type R was well-balanced around the corners and the dreaded “u” issue was suppressed. 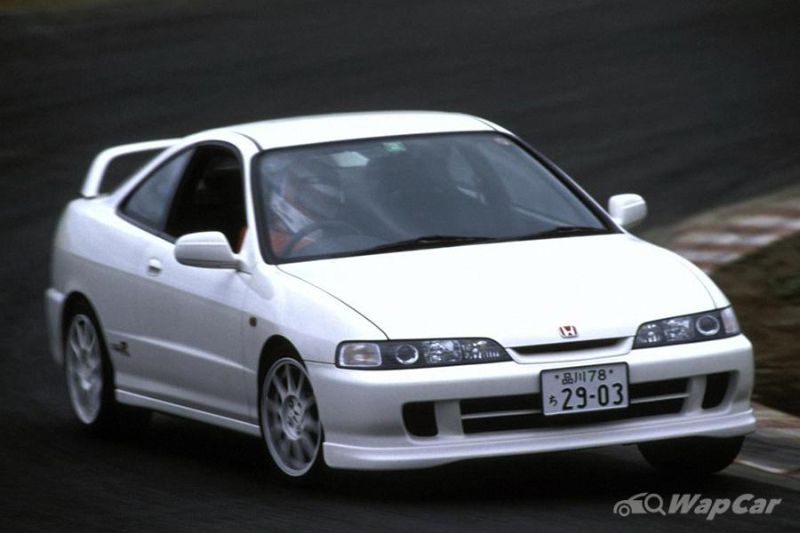 A young Honda engineer at the time, Hideki Kakinuma’s mind was completely blown away when driving the Integra Type R around the Tsukuba circuit. Even though it was FWD, he could go around the final corner of the track, foot down the throttle, and the car would behave smoothly. That name would pop up later in the article.

The Integra Type R would go on a diet like the NSX Type R, shedding 44 kg from the standard car, and was powered by a 1.8-litre naturally-aspirated B18C VTEC (200 PS/186 Nm). All the shedding paid off in the end when the DC2 managed a lap time of 1 minute 9 seconds at Tsukuba.

It’s a second over the target time but it’s impressive nonetheless and this was further enhanced when an Integra Type R dominated the North American SPEED Touring Car Championship with a record 23 wins across 5 seasons between 1997 to 2002. It’s a record that remains unbroken. 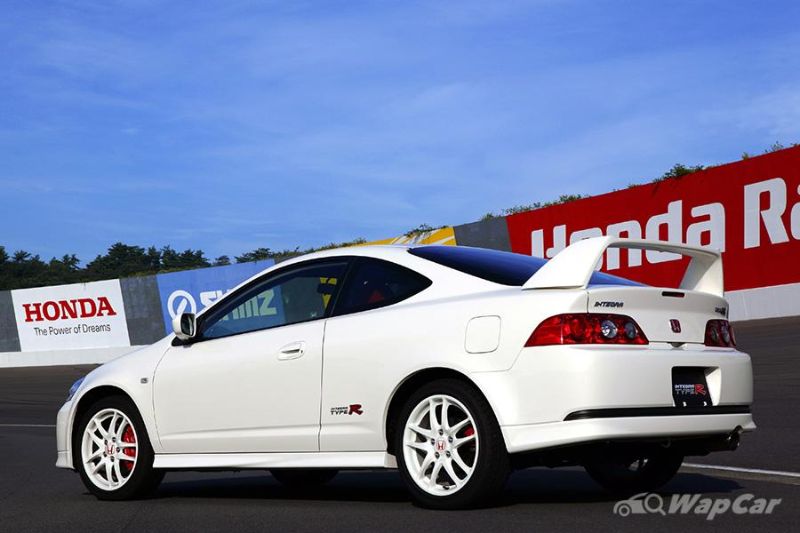 The Integra Type R soldiered on to the next generation, the DC5. Unlike the DC2, the second-gen Integra Type R was only sold in Japan along with a few RHD markets and was powered by a 2.0-litre i-VTEC that makes 220 PS/205 Nm. 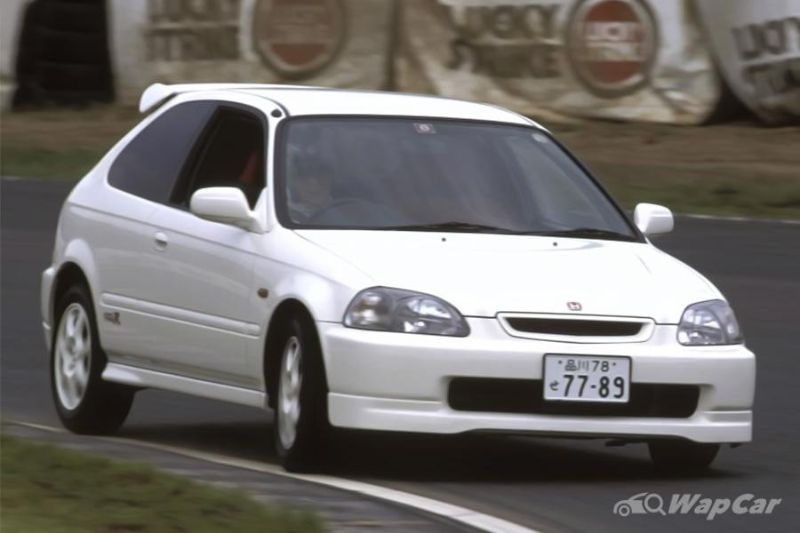 Having proved that it can make FWD cars convincing on the track, the next lucky model to be selected for the red R treatment was the Honda Civic.

Once again, the Type R diet was fed to the Civic with the creature comforts thrown out, a stiffer suspension, helical LSD, and the 1.6-litre VTEC engine churning 185 PS/160 Nm. The first-ever Civic Type R gained legendary status but it remained exclusively JDM with 16,000 units produced. 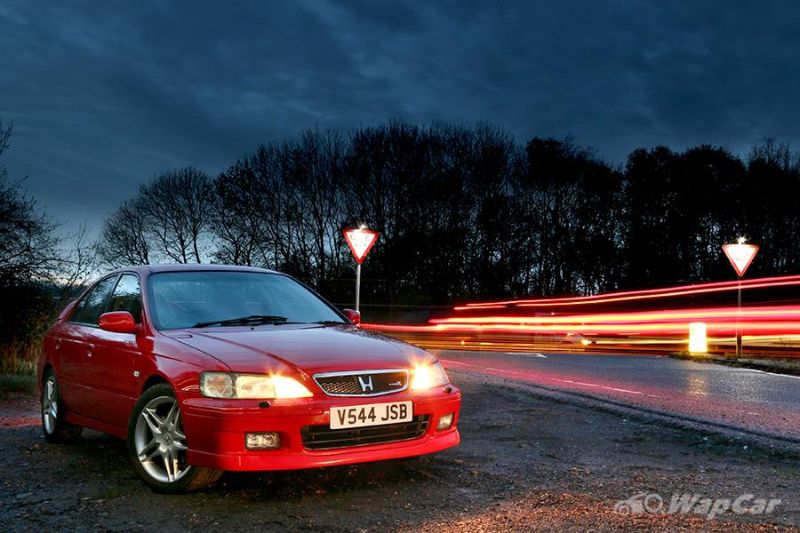 Next on the Type R menu was the Accord Type R which was launched a year after the EK8 but this was only offered in Europe. It was the forgotten Type R model given its exclusivity there instead of in its home market. The Accord was also the final model to be given the Type R badge and Honda has never stuck it on its future models. 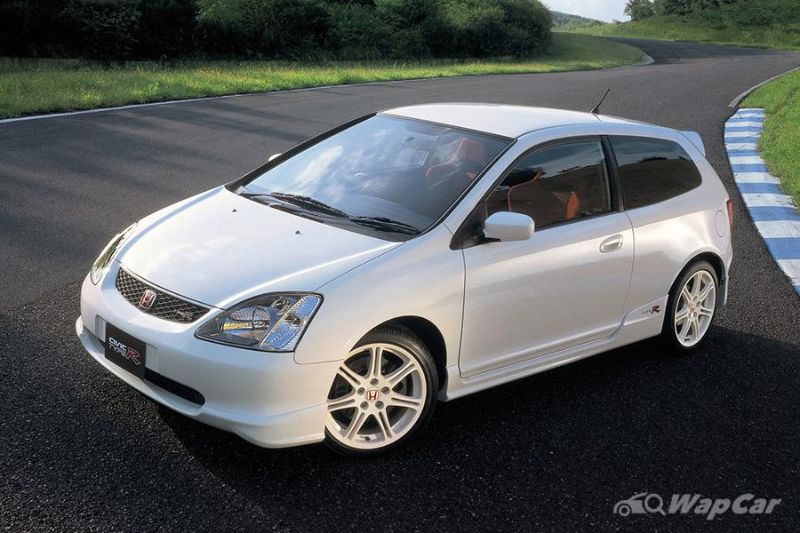 Seeing the success of the Type R name in both markets, Honda decided that the next Civic Type R would be available in Europe and Japan. The EP3 was built at Honda’s Swindon plant in the UK but the helical LSD and red Recaro seats were only offered in Japan.

The Japanese EP3 also received more horsepower (215 PS/202 Nm) than its European counterpart (200 PS/188 Nm). The next-gen Civic Type R further amplified the better treatment of Japanese buyers with the FD2 while the rest of the world received the UK-built FN2. 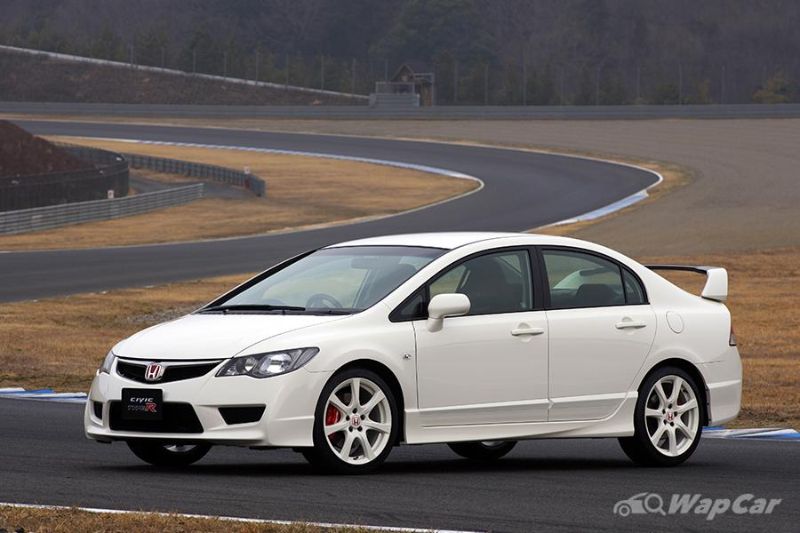 Well, the rest of the world doesn’t include Malaysia which remained the only country to offer the FD2 officially outside Japan. Lucky us.

The FD2 remained the only Civic Type R to be offered as a sedan which made it desirable to the missus as a “family car”. It was the last and most powerful naturally-aspirated Civic Type R with the 2.0-litre K-Series engine making 225 PS at 8,000 rpm and 215 Nm at 6,100 rpm. 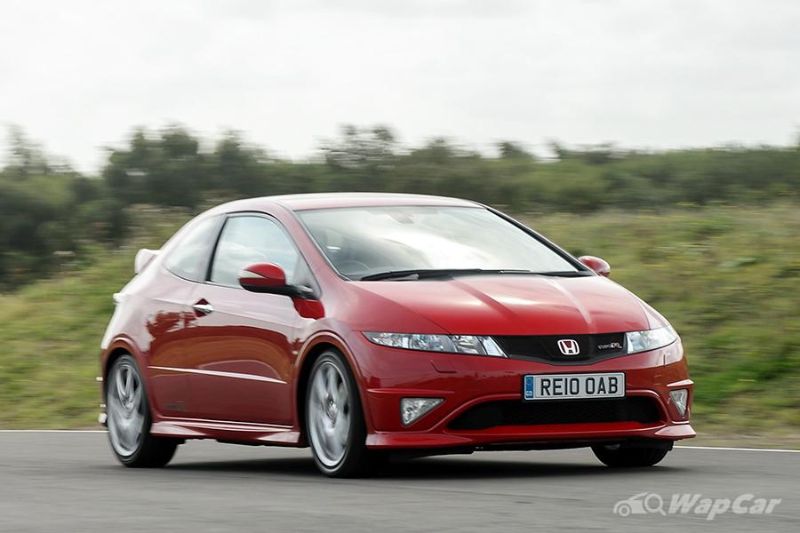 That’s certainly higher than the made-in-the-UK FN2 which made only 201 PS at 7,800 rpm and 193 Nm at 5,600 rpm. Despite the FD2 reaching cult status as a modern classic, it would be the last time the Civic Type R would be built in Japan for a while. 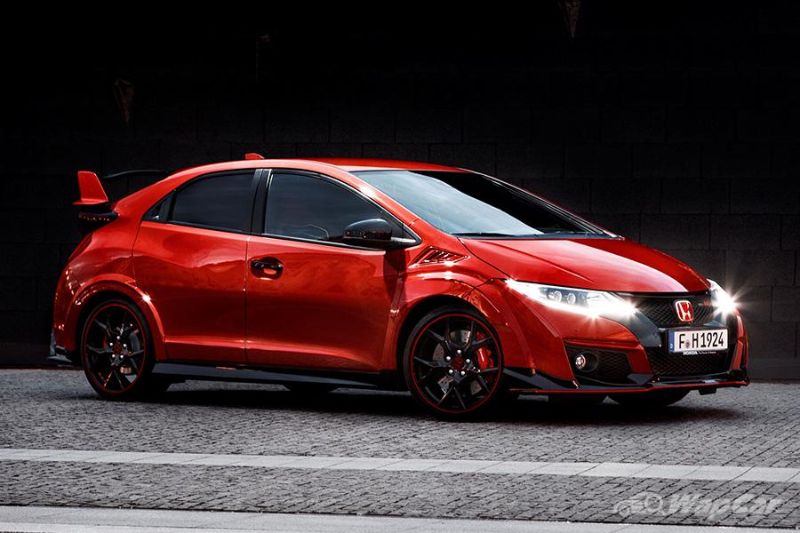 The FK2 that followed was the first turbocharged Civic Type R and was built in the UK. The turbocharged 2.0-litre engine (310 PS/400 Nm) was built in Ohio before shipping to Britain. It wasn’t fondly remembered despite the higher power output and only 750 units were imported into Japan meaning that the majority of recond units brought over here were likely ex-UK units.

Things were about to change with the next Civic Type R, the FK8 which was intended to be a global model. The father of the Type R, Shigeru Uehara retired from Honda in 2007 and the task was given to Hideki Kakinuma, the young engineer who had a mind-blowing experience with the DC2 Integra Type R.

Despite being underappreciated, the FK2 set the record for the fastest FWD car around the Nurburgring with a time of 7 minutes 50 seconds. This was then beaten by the Volkswagen Golf GTI which went 4 seconds faster.

Not wanting to lose to a fight, Honda would take a strike around the 20.8-km circuit in a pre-production FK8 and recorded a time of 7 minutes 43 seconds. It would hold on to the fastest production FWD car title for 2 years. 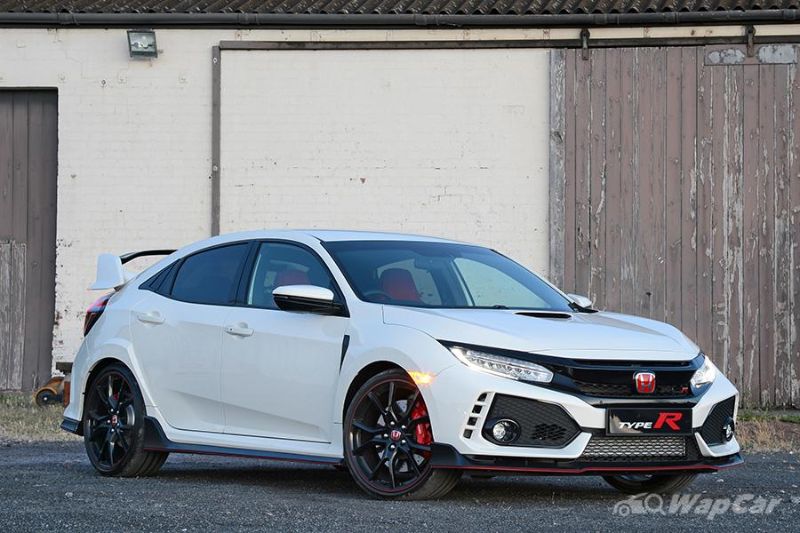 In spite of the record-breaking numbers, the FK8 was built not just to dominate the track, it was also built as an everyday car. It went through the usual Type R weight loss as well as being given a stiffer suspension and chassis but it was also more electronically advanced than any other Type R model of the time with a rev match control system and an electric power steering. 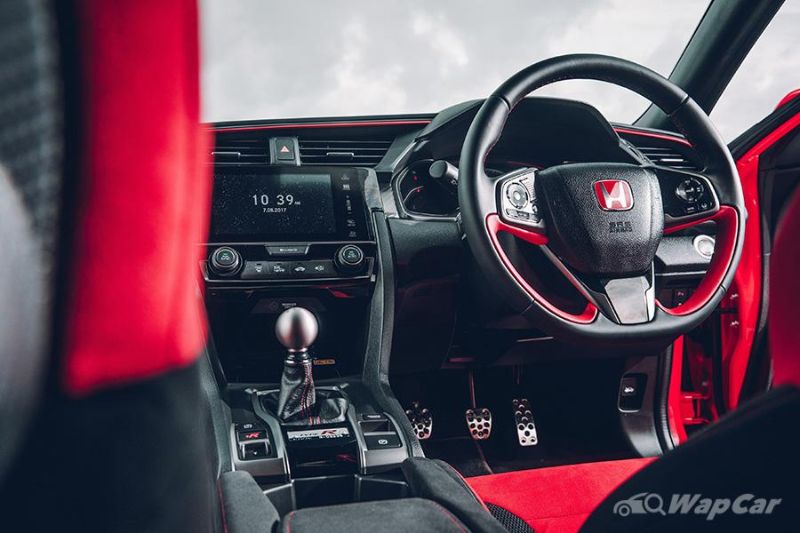 Long-time Civic Type R fans might scoff at the FK8 for going against the grain when it comes to the spirit of the R with its brash exterior and overabundance of electronic aids but with up to 320 PS and 400 Nm paired to a 6-speed manual transmission, it’s mostly forgiven. 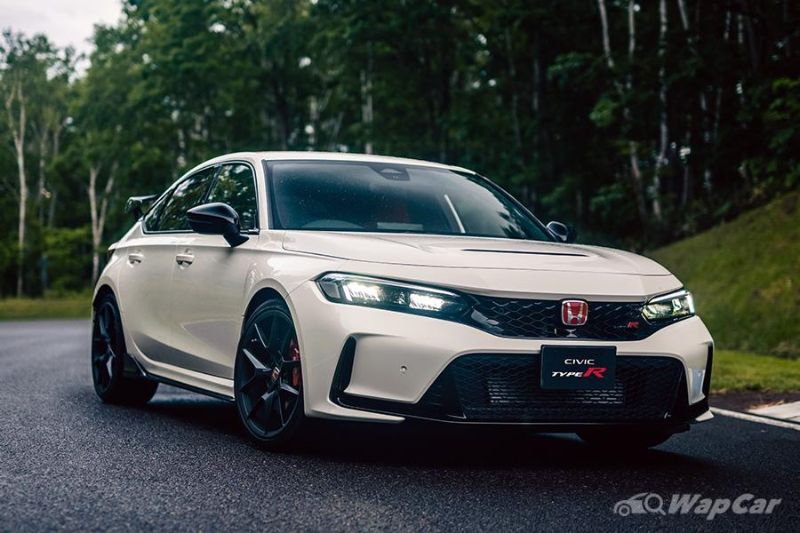 The all-new FL5 Civic Type R seems to bring back the original spirit of the Type R with a more subtle styling than its predecessor. Though Honda has yet to release performance details or lap times of the car around the Nordschleife, it has set a new lap record for FWD cars at the Suzuka Circuit with a time of 2 minutes 23 seconds.

Also read: Blink and you just might miss the subtlety of the new FL5 2022 Honda Civic Type R but you'll definitely hear it 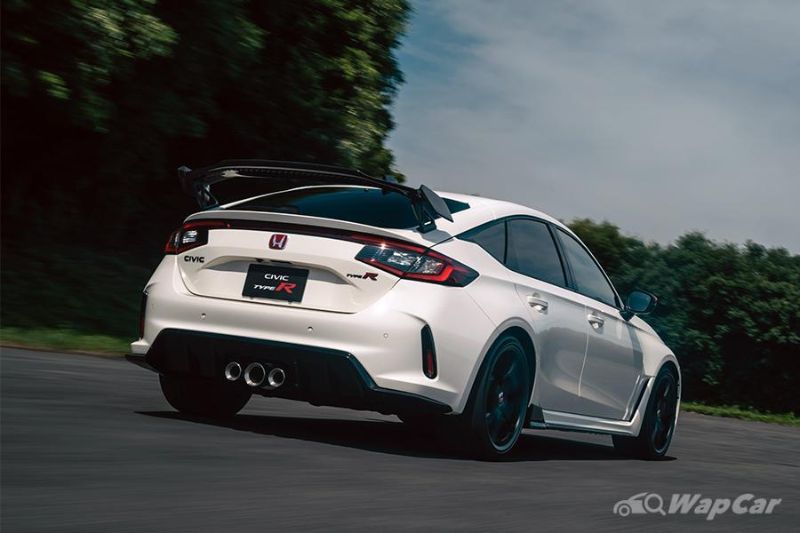 The Type R badge is only used on one model currently but it’s still going strong. Each model that went through the red R treatment was given a proper transformation whether it is a Ferrari-beating supercar or a FWD hatchback. Sadly, as Honda is being committed to becoming fully electric by 2040, the Type R might not make it to its golden jubilee like the Civic.

Also read: 50 years and 11 generations later, which is the best generation of the Honda Civic?