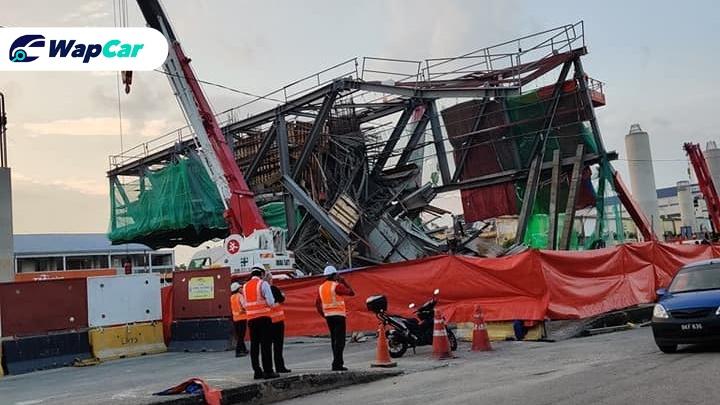 After the collapse of a temporary structure at the Klang LRT project site earlier today, authorities have announced that they will close the roads around the area for debris clean-up. 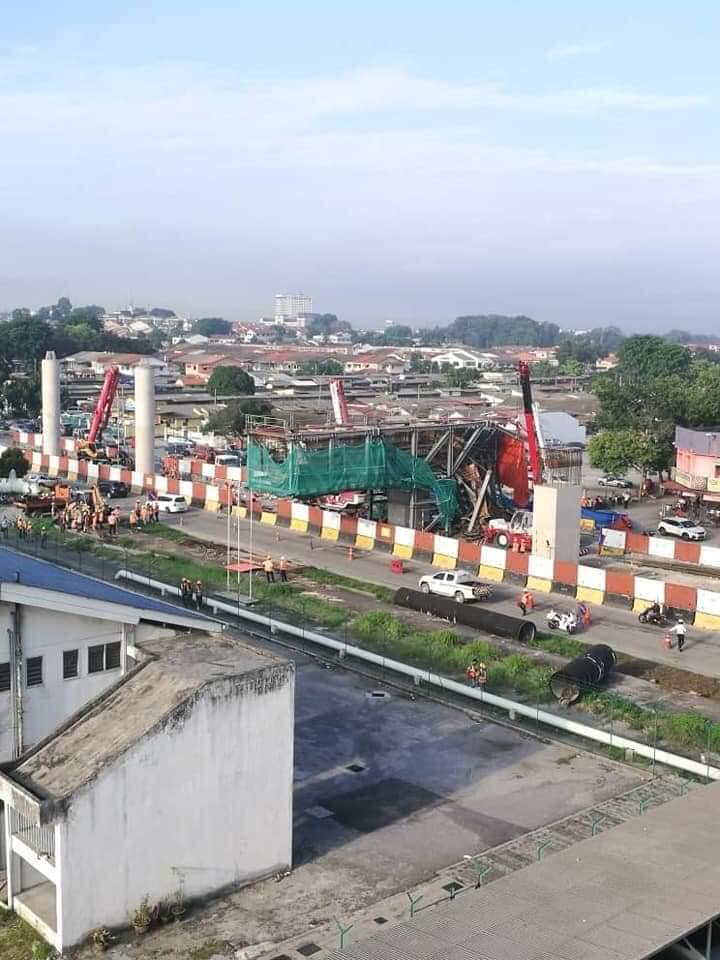 The incident happened within the LRT3 work area opposite the TM Point outlet near the Meru wet market. 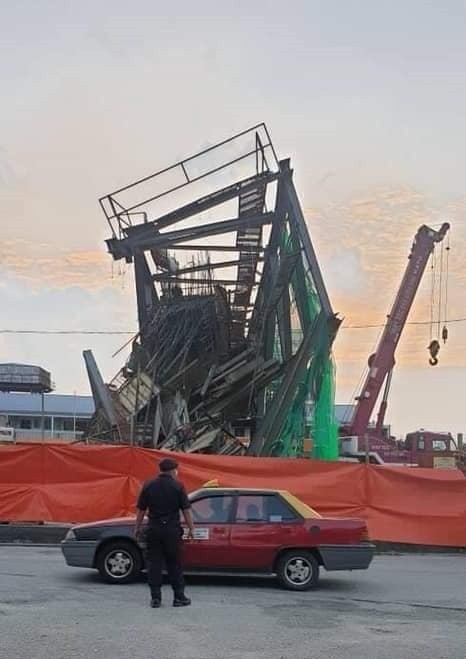 Sunway Construction issued a statement that the 5am incident was caused when crosshead concreting works that were carried out.

Fortunately, no one was hurt during the incident even though the structure did cause a massive traffic jam in the morning. The traffic jam prompted Sunway Construction to call in enforcements to disperse traffic.

We strongly advise that even after the roads reopen, beware of leftover debris that will cause damage to your car.