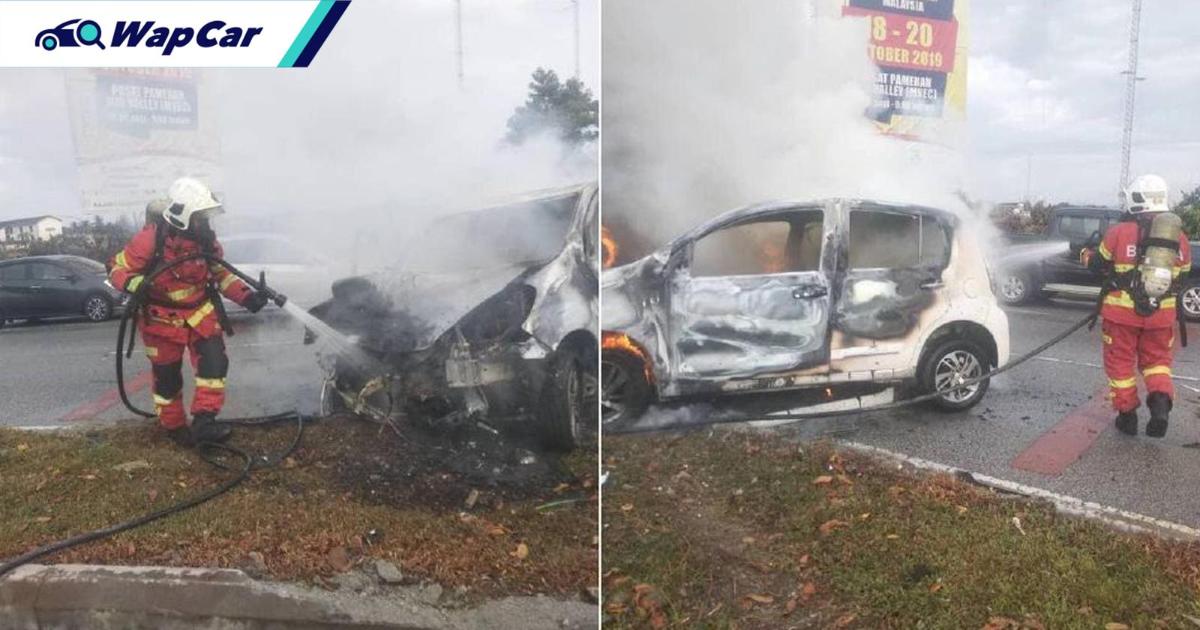 Another horrifying accident has been reported at the same location just one day after reports of a fatal accident between a Toyota Hiace and Perodua Bezza. A Perodua Myvi caught fire after it collided with a Proton X70 along Jalan Saujana Impian yesterday at around 8 am.

Selangor Fire and Rescue director (JBPM) director Norazam Khamis told Harian Metro that their department received a call about a burning vehicle at around 8.30 am yesterday. Five officers and one fire truck from the Kajang Fire and Rescue Department were deployed to the scene.

It is believed that the fire started after the Myvi collided with the X70. Drivers of both vehicles, aged 30 and 25, were able to escape the cars unhurt before the fire and rescue team arrived.

The Myvi and X70 accident happened less than 24 hours after the fatal crash between the Hiace and Bezza that killed a married couple and their 14-year-old daughter. One more victim is still fighting for his life at the Serdang Hospital.