HomeNewsNew 2021 Hyundai Kona vs pre-facelift, what are the differences? 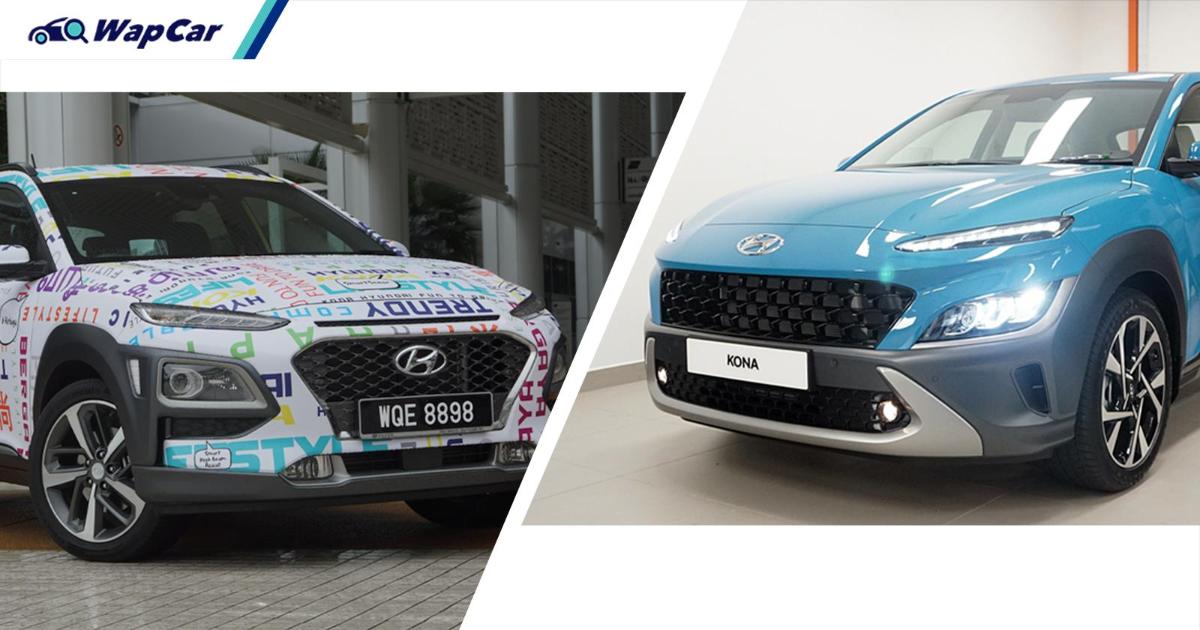 As you know, the new 2021 Hyundai Kona facelift has made its debut in town – just 6 months after the launch of the pre-facelift. The new Kona looks very different from the pre-facelift, but what other upgrades does the new SUV boast?

This new vs old comparison will focus on the current range-topping variants for the Kona – in this case, it is the 2.0 Active versus the 1.6-litre Turbo variant. 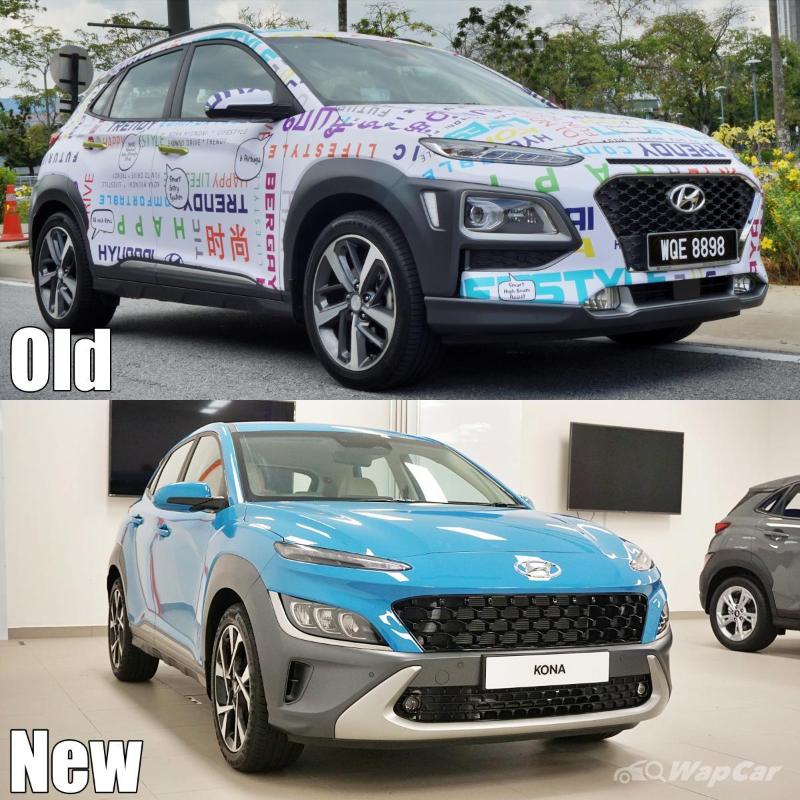 First, although the exterior changes are very obvious, we have still compiled a side-by-side photo comparison of the pre-facelift and the facelift together.

Although the grille is larger than before, it has been reduced to sit lower on the front, giving the car the look of a clamshell bonnet. The LED DRLs still sits on the edge of the bonnet while the headlights have been swapped in favour of single-tone full-LED units.

Even in the pre-facelift, Hyundai has played up the robust look with the use of bumpers in its raw grey colour form. The facelift continues with the robust experience with even larger bumpers sans any colour finishing. Hyundai knows it as the protective armour concept. 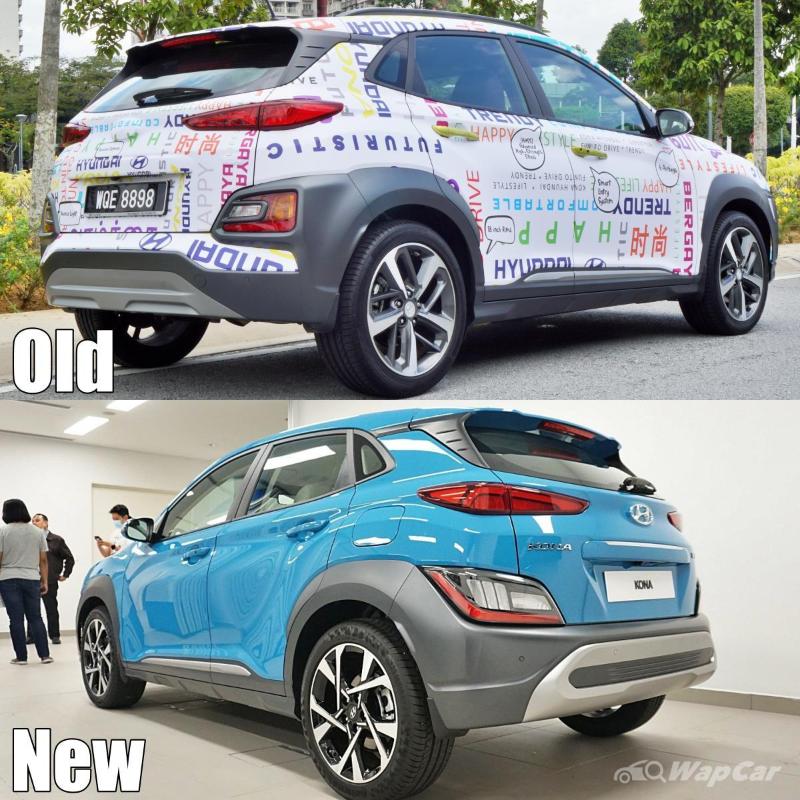 HSDM is also offering a choice of either 17-inch or 18-inch wheels for the facelift. The range-topping Kona Active’s wheels are still dual-tone but now come in a more complicated weave compared to the sharp lines on the pre-facelift.

If the Kona looks larger than before, that’s because the new car is 40 mm longer than the pre-facelift. 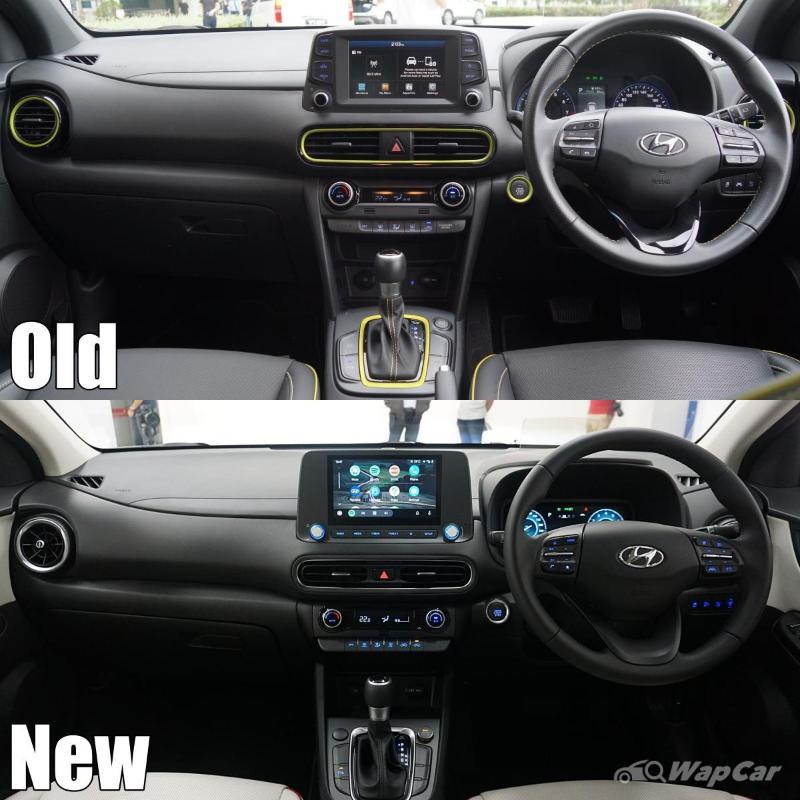 Hyundai has also made several changes in the new Kona's interior. The 7-inch infotainment touchscreen has been swapped for a larger 8-inch floating screen unit. Apple CarPlay and Android Auto have both been upgraded to connect wirelessly so there are no meddling cables to get in your way.

The biggest upgrade tech-wise is the new 10.25-inch digital instrument cluster that replaces the traditional set of dials. Of course, the digital cluster is only equipped on the range-topping Active variant, the lower Standard variant gets the same dials as the pre-facelift. 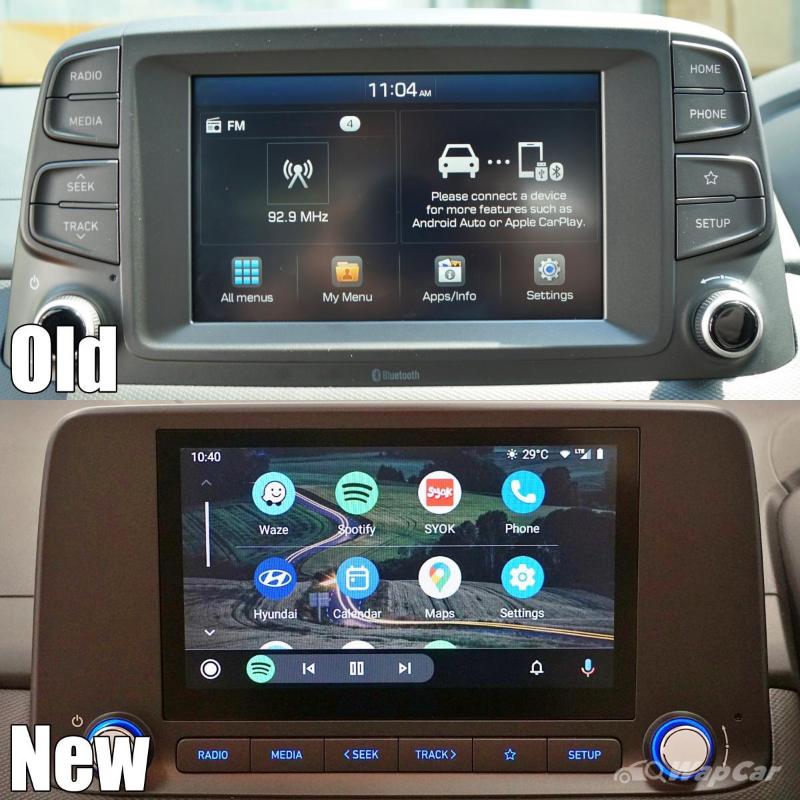 Hyundai has also included a new electric parking brake with auto hold function, so there’s no longer the presence of the traditional handbrake making the centre console look a little cleaner.

HSDM has also added a new interior beige colour option for those who prefer a brighter interior. The interior also notably drops the matching colour highlights throughout the interior with the car exterior colour concept. 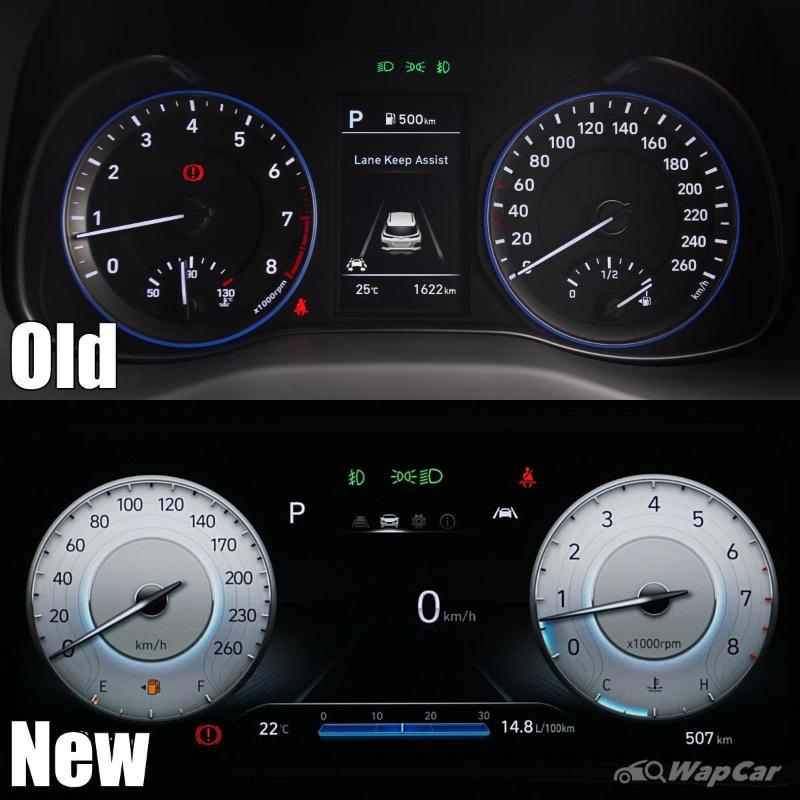 Other than that, Forward Collision-Avoidance Assist (FCA) has been upgraded with pedestrian detection as well. While the Driver Attention Warning (DAW) now gets Leading Vehicle Departure Alert (LVDA). 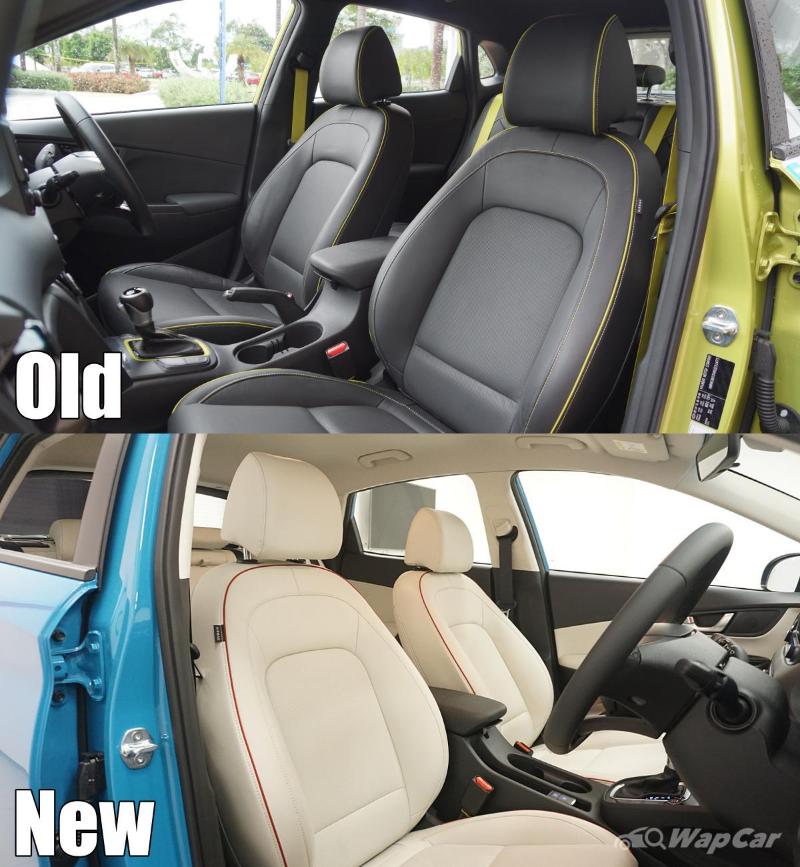 Notably, the new Kona only has standard cruise control. Adaptive cruise control, or Smart Cruise Control (SCC) as Hyundai knows it, might be available when HSDM introduced the Turbo variant on a later date.

The new Hyundai Kona is now on sale with 2 variants on offer. Prices start from RM 119,888 for the Kona Standard while the Kona Active goes for RM 136,888. Both prices stated are for Peninsular Malaysia, including road tax and excluding insurance.