Home > News > Perodua Alza gets hit by cement mixer truck, and follows up with road rage?

Perodua Alza gets hit by cement mixer truck, and follows up with road rage? 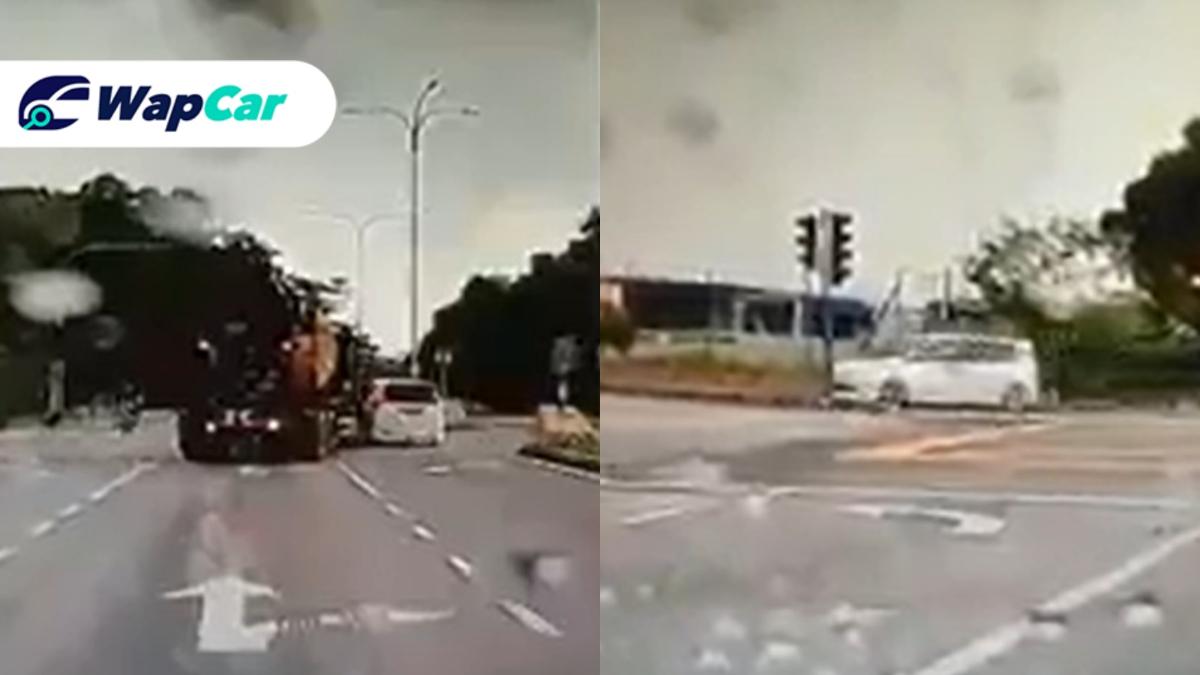 In the dashcam video, a Perodua Alza is seen following a cement mixer truck closely from behind. When they arrive at a cross junction, the Alza tried to make a last-minute overtake to get ahead of the truck only to end up getting hit by the truck from the side when the lorry was making a turn.

Right off the bat, it’s easy to point fingers. The lorry shouldn’t have made the turn so last minute, but at the same time, the Alza driver ignored the lorry’s signal light when he attempted to overtake the lorry.

Mind you, the lorry has the right of way as the lane allows cars to turn right, and the Alza should not have tried to overtake the lorry from a lane that is clearly for turning right.

Not only that, it is possible the Alza was in the lorry's blind-spot as well. And even if the lorry driver did see the Alza, there is no telling that the lorry would have been able to stop in time to avoid the car.

Remember, it takes more time to bring a heavy vehicle to a standstill and from that angle, the Alza is too close to the lorry anyway.

Lessons aside, what happened after the crash is rather strange as well. The Alza is seen driving in an arc, crashing into a traffic light before ramming into a wall.

But the driver didn’t stop there, as the Alza is seen reversing over the curb and remnants of the traffic light before driving forward again and crashing into the wall.

We suspect the driver was trapped in a frenzied panic and didn’t know what he was doing before he came to a halt, but netizens in the comment section are suspecting it was a road rage incident and he was trying to claim total lost.

What do you think? But please remember, make sure you do not drive along a lorry’s blind-spot!