Home > News > Watch: Reminder of why you should maintain a good distance from a heavy truck

Watch: Reminder of why you should maintain a good distance from a heavy truck 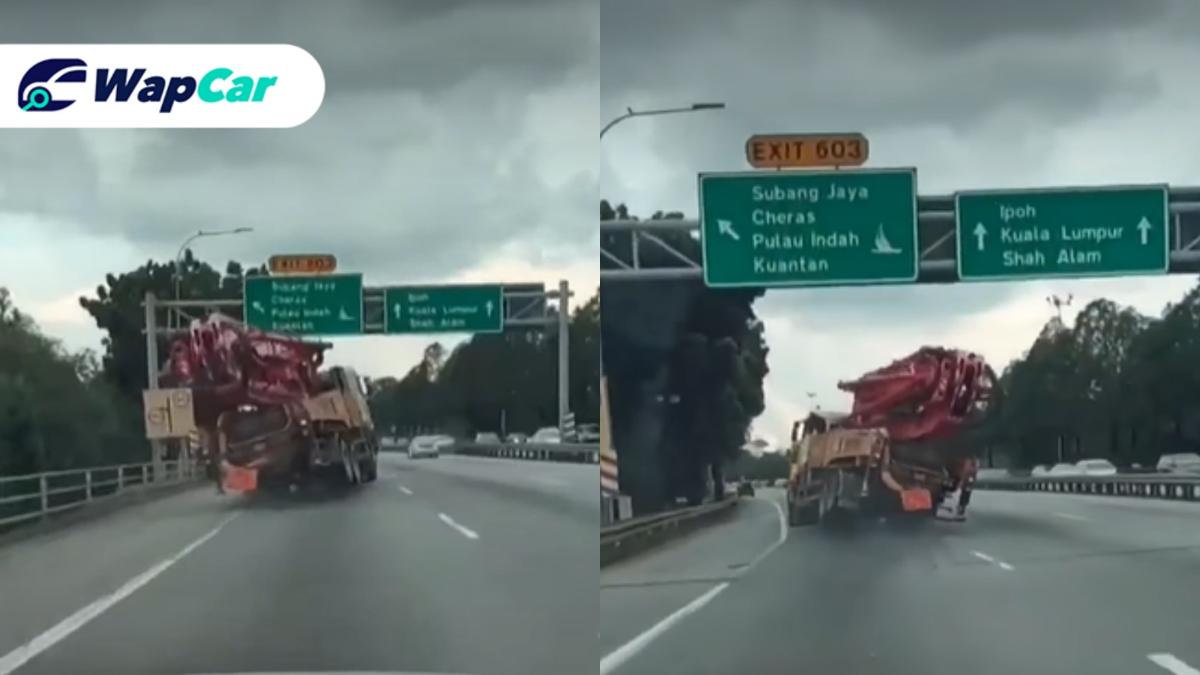 Think about this, whenever a massive truck drives up next to you, whether it is during a jam or just a steady cruise on the highway, you feel an inexplicable fear. Well, the fear is well-founded and here’s a reminder of why.

In this video uploaded to the Info JPJ Facebook page, a heavy-duty telescopic boom lift truck is seen losing its balance and almost tipping over while driving on the highway. Thankfully, the truck managed to right itself and continue on its way.

Music and the amazing feat where the driver managed to stay in control aside, this is no laughing matter. If the driver hadn’t managed to wrestle control back, it would have resulted in dire consequences.

And then there is the driver that recorded the video. The driver wouldn’t have been able to stop in time and ram straight into the back of the truck.

This video is a good reminder of why we should try to stay away from heavy lorries whenever we come across one on the roads.

Make sure not to follow the lorries too closely and try to get out of the way as soon as you can. These large lorries have many blindspots and won't be able to see you if you are inconveniently in its blindspot. So always remember not to cut in front of a large lorry.

To add to that, even if they do spot you, keep it mind that the mass of lorry will take more stopping power than an average car, so they wouldn't be able to stop in time to avoid a collision.