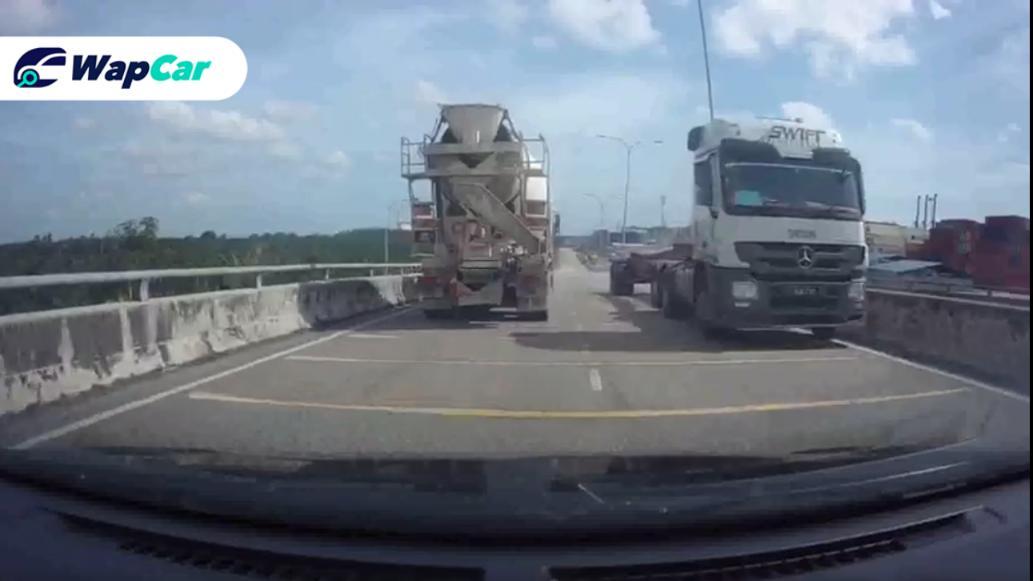 In the video, the dashcam footage caught the lorry speeding in the wrong direction on one of Port Klang’s narrow two-lane highways. Thankfully, the lorry was unloaded and the driver can be seen flashing his headlights and honking to warn other drivers of its presence.

Swift Logistics, the company that owns the lorry, has taken swift action by issuing an official apology and also an explanation about the incident. 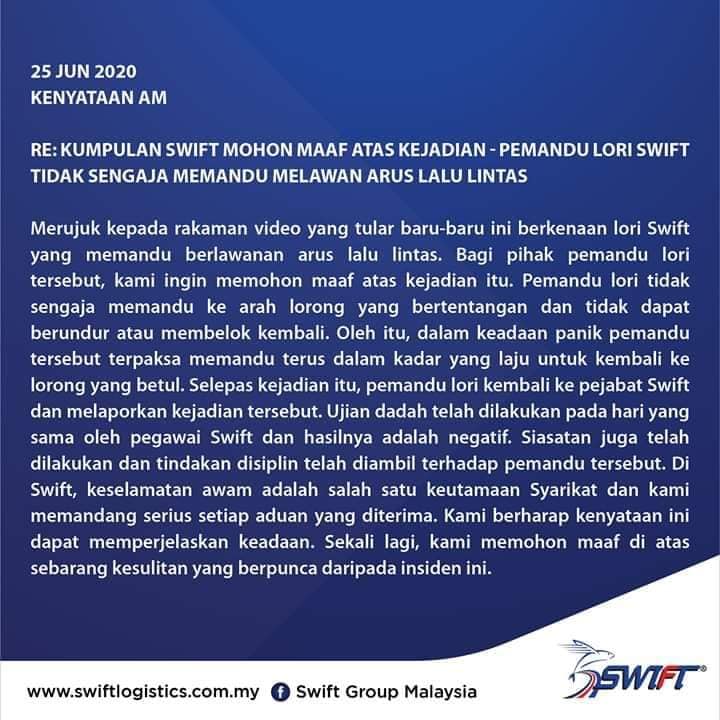 According to the apology, the lorry driver did not do so intentionally but made an honest mistake by entering the wrong lane. The driver was then trapped in the lane as there was not enough space to turn back.

The driver had panicked and decided that the best course of action was to get out of the narrow lane as soon as possible, hence why he was seen speeding in the video.

Swift Logistics further added that when the driver arrived back in the office and quickly made a report to the officials, the company took swift action by carrying out a drug test on the driver. The results of the test returned negative.

While we understand that this is purely driver error, is the driver’s excuse for speeding in the wrong direction while on the fast lane an acceptable excuse? JPJ's official FB page seems to have deemed the excuse unacceptable.